Springdale was constructed by the eldest son of Richard Morgan, William Morgan. It was William Morgan that hosted a patriotic barbeque for Captain Hugh Stephenson's company of men before they set off on the Bee Line March to Boston in 1775. Springdale is part of Morgan's Grove, designated as a Historic District on the National Register of Historic Places. 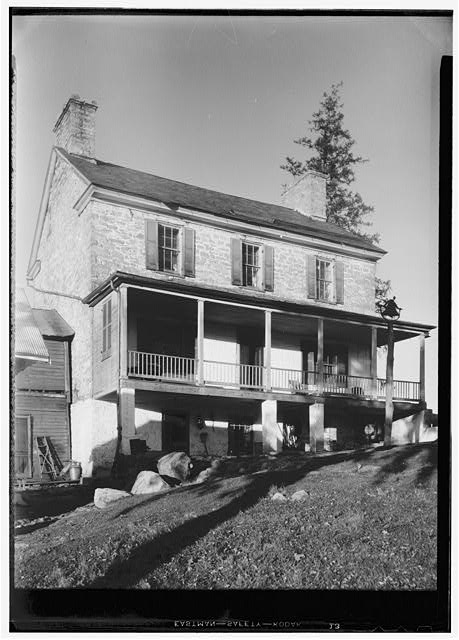 Richard Morgan’s son, William Morgan, built Springdale in 1760 while he was helping his father farm the property. The current property includes the original house and outbuildings as well as many of the original stone walls.

William Morgan was the eldest son of Richard Morgan and he served in the Revolutionary War along with several other family members. After the Battle of Lexington and Concord in April 1775 local militias began drilling in preparation for coming action. The call for men to join the Continental Army came in June 1775 and the Continental Congress requested two companies of one hundred men from Virginia. Two companies were quickly organized by the following month, one by Captain Hugh Stephenson of Shepherdstown and the other by Captain Daniel Morgan of Winchester. Colonel William Morgan hosted a patriotic barbeque on the Morgan property before the men left for Boston with food and song. On July 17, 1775, the companies left for Boston and marched 600 miles in 24 days; this march was called the Bee Line March and the two Virginia companies were the first from the south to join Washington’s forces at Boston. Morgan’s Spring was the starting point for the Shepherdstown company, and they marched from the spring past Springdale to start their march. Part of the original route on the property is lined with trees and stone walls. In 1932, the Daughters of the Revolution erected a monument to commemorate the Bee Line March; this monument has been moved to the Elmwood Cemetery on Rt. 480.