The museum is located in the former administration building of the Mississippi Synodical College, which closed in 1939. This postcard dates to 1903. 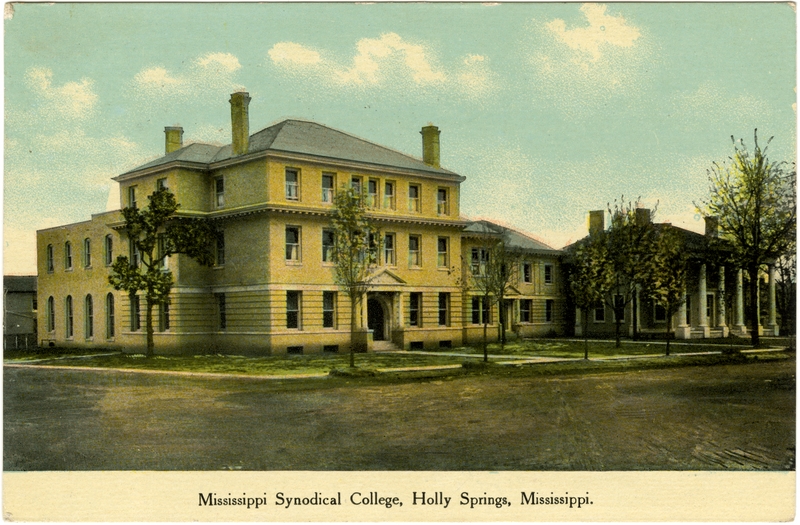 The origins of the Mississippi Synodical College date back to the opening of a day school for young women, called Fenelon Hall, in the fall of 1864. The school was located in the historic Watson House, which was torn down in 1945. The founders Fenelon Hall, Lizzie Watson (the daughter of the house's owner), and William Clark, wanted to provide education to girls who had few options for education during the Civil War. Years later, Clark opened another school and named it Fenelon Hall, prompting Watson to rename her school the Select School for Young Ladies. Watson changed the name again in 1883 to the Maury Institute and also converted the institution to a boarding school for girls.

In 1891, the Presbyterian Church bought the school and changed the name to the North Mississippi Presbyterian College. Over time, the school campus grew. The school was renamed again in 1903 and operated as Mississippi Synodical College. In 1916, this became the first two-year college in the state to be awarded full accreditation. The effects of the Great Depression and decreasing enrollment forced the college to close and merge with another college in 1939. Some of the buildings of the campus were eventually demolished, but this central administration was preserved and became home to the museum in 1970.