Originally opened in 2005 in a former Masonic lodge, the Georgetown County Museum—now located in the History Center as of 2014—promotes and preserves the county's history through its collections, exhibits and event programming. It features several themed-rooms including the military, slavery, industry, plantation life, and 20th century rooms. Items displayed in these rooms include military uniforms, agricultural tools, photographs and memorabilia. The museum is also making an effort to make video recordings of oral histories and two can be seen on the website. 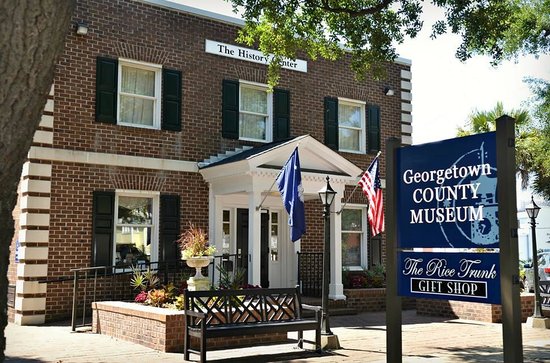 Starting at the Joseph Rainey House, Gullah Museum, and Kaminski House Museum, this short walk includes a variety of landmarks that show the diverse history of Georgetown. The tour includes the Rice Museum and South Carolina Maritime Museum along with historic homes, churches, and civic buildings.