Hook Windmill, on a grassy area between the intersection of N. Main Street and Pantigo Road, was built in 1806 by Nathaniel Dominy V and was used up to 1908. Hook Windmill was the last wind-powered gristmill built in East Hampton, and stands in its original location near the north end of Main Street. The Village of East Hampton bought the windmill in 1922 and restored it in 1939. Hook Windmill was listed in the National Register in 1978 and is part of the North Main Street Historic District. Hook Windmill is open briefly in the summertime for tours; it was closed in 2020 due to the pandemic. 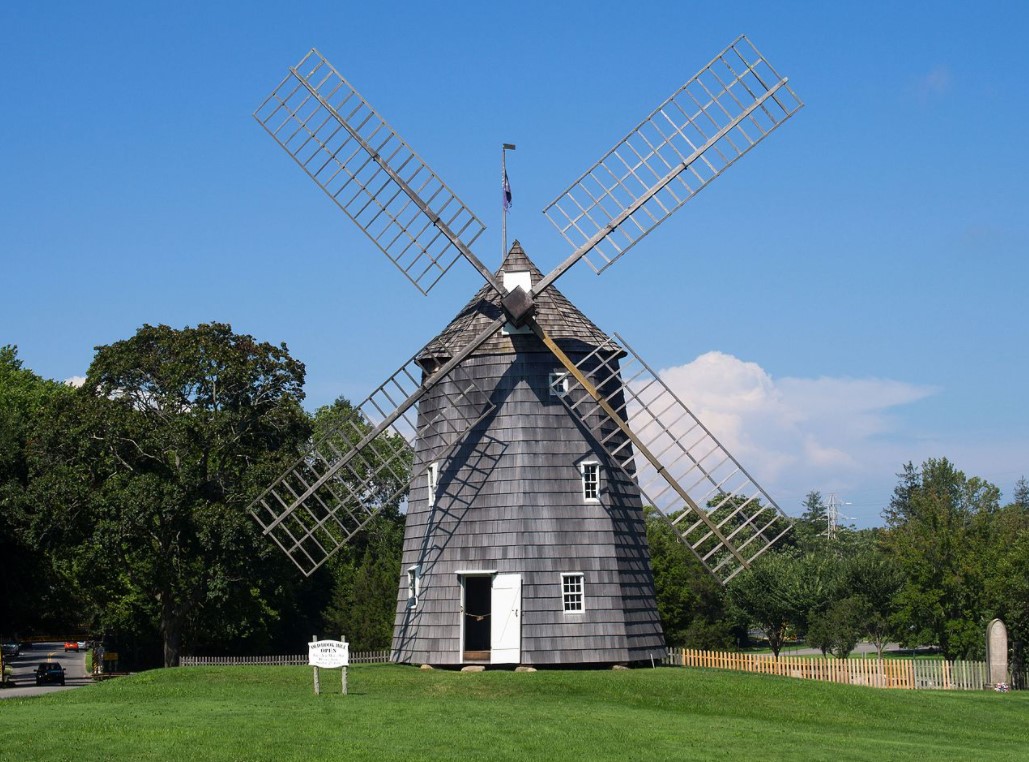 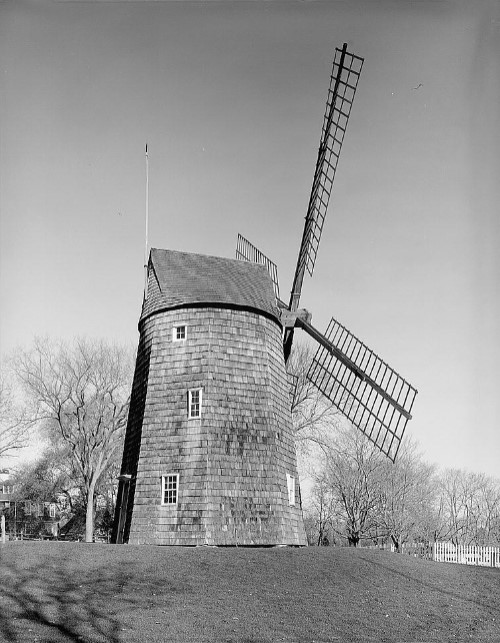 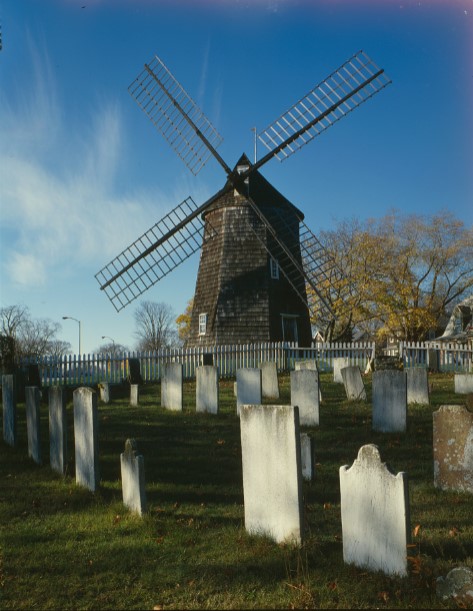 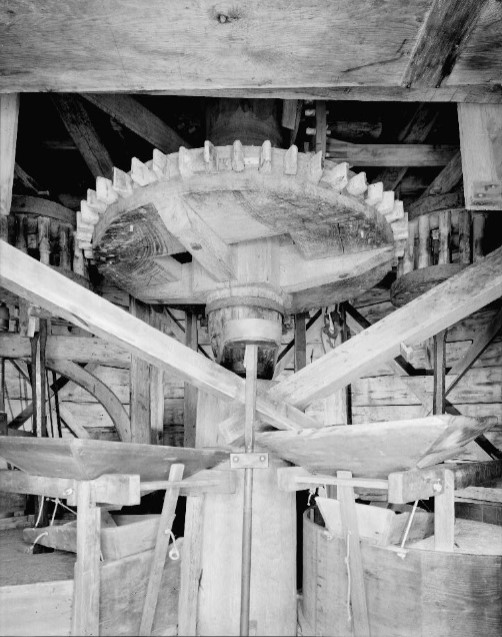 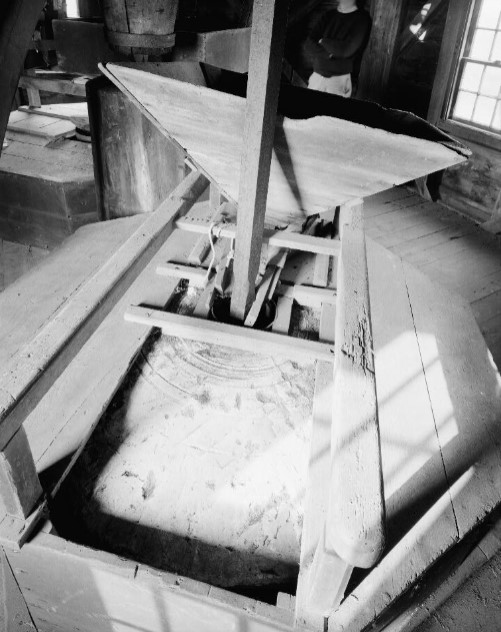 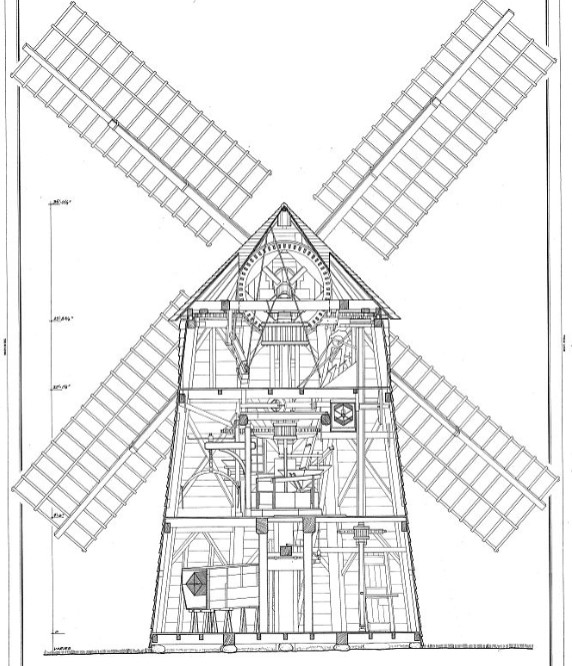 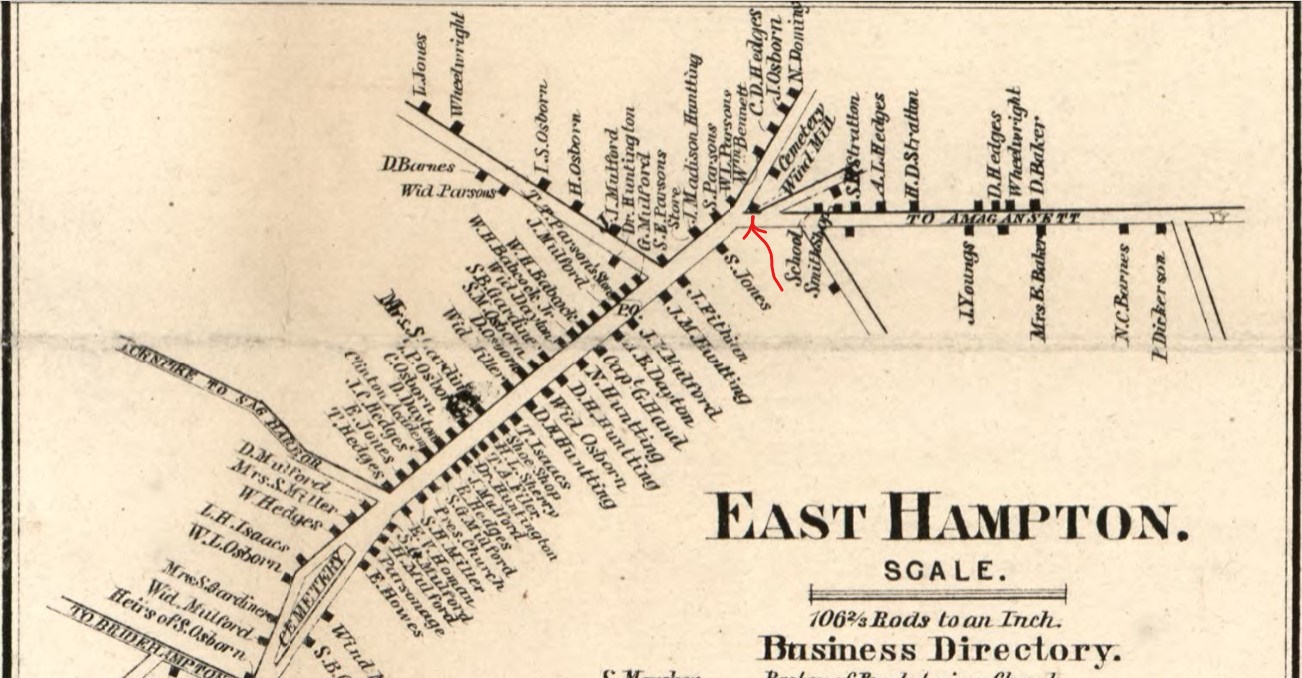 The builder of Hook Windmill, local craftsman Nathaniel Dominy V plus five apprentices, erected the new mill from June to July 1806 and completed the mill by October 1806. Dominy V also constructed the windmills at Gardiner Island in 1795 and Shelter Island in 1810. When Hook Windmill was built, it replaced a "spider-shaped" mill dating to about 1740 in the same spot. Account records of Nathaniel Dominy IV mention repairing Abraham Mulford's mill's sills and braces in the 1770s, 1780s, and 1790s; this wording suggests that the ca. 1740 mill was a post style windmill and not the later, smock type. The "sills" probably were the cross-trees of a post mill, with the "braces" being the quarter bars. The 24-inch square center post of the Hook Windmill appears to be re-used from the earlier post mill in this spot; the post is the largest seen in surviving windmills on Long Island and has mortises cut for the tenons of the former quarter bar. The first smock mill in East Hampton was built by Dominy IV in 1769 at the south end of Main Street.

The new mill in 1806 was one of three wind-powered gristmills in the village when it was built, including the Pantigo Mill and Gardiner Mill; all three windmills survive. Only routine maintenance and minor repairs were made on the Hook Windmill through 1835, as seen in Dominy V's account book. The miller at the Hook Mill, Charles Hedges, came to own the mill by 1850 along with Nathaniel Dominy VII. The pair traveled to New York City in 1850 and purchased a new set of burr stones, a cob crusher, and bolting cloth for the mill. Dominy VII bought out Hedges' interest in 1859 and continued to operate the mill with his sons until 1908. The 1860 federal census of agriculture listed the Hook Windmill as grinding about 5,000 bushels of grain into flour and feed in the prior twelve months. By contrast, a modern steam-powered grist mill built in Southampton in 1851 ground 25,000 bushels of grain in the same twelve months. Dominy VII wrote to the Columbian Foundry on New York City in 1892, asking them to make him a new cob crusher to replace the one he bought from them in 1850. Corn cobs were crushed in the device to provide winter animal feed; of Long Island surviving windmills, only the Hook and Pantigo Windmills have cob crushers. An elevator made up of a leather belt with tin cups attached takes grain from a bin on the first floor up to the third floor. Wheat first goes to a revolving spinner with screens to remove the chaff and dirt.

Charles Dominy, the son of Nathaniel Dominy VII, restored Hook Windmill to working order in 1939 for the Village of East Hampton. Charles then took over the operation of the mill and ran it until 1942. Maurice Lester took over as the miller in 1942 and the mill was operated in to the 1950s. The windmill has been open briefly in the summers as a museum. There was talk in 2016 of moving the windmill to the nearby East Hampton Farm Museum. The windmill is said to have caused accidents when truck drivers get distracted by sight of it and miss road signage on N. Main for a ten-foot clearance, slamming into the railroad trestle for the Long Island Railroad.

Rattiner, Dan. East Hampton Town Squabble: To Move or Not to Move the Windmill, Dan's Papers. This is the Hamptons!. August 6th 2016. Accessed July 1st 2021. https://www.danspapers.com/2016/08/east-hampton-town-squabble-to-move-or-not-to-move-the-windmill/.