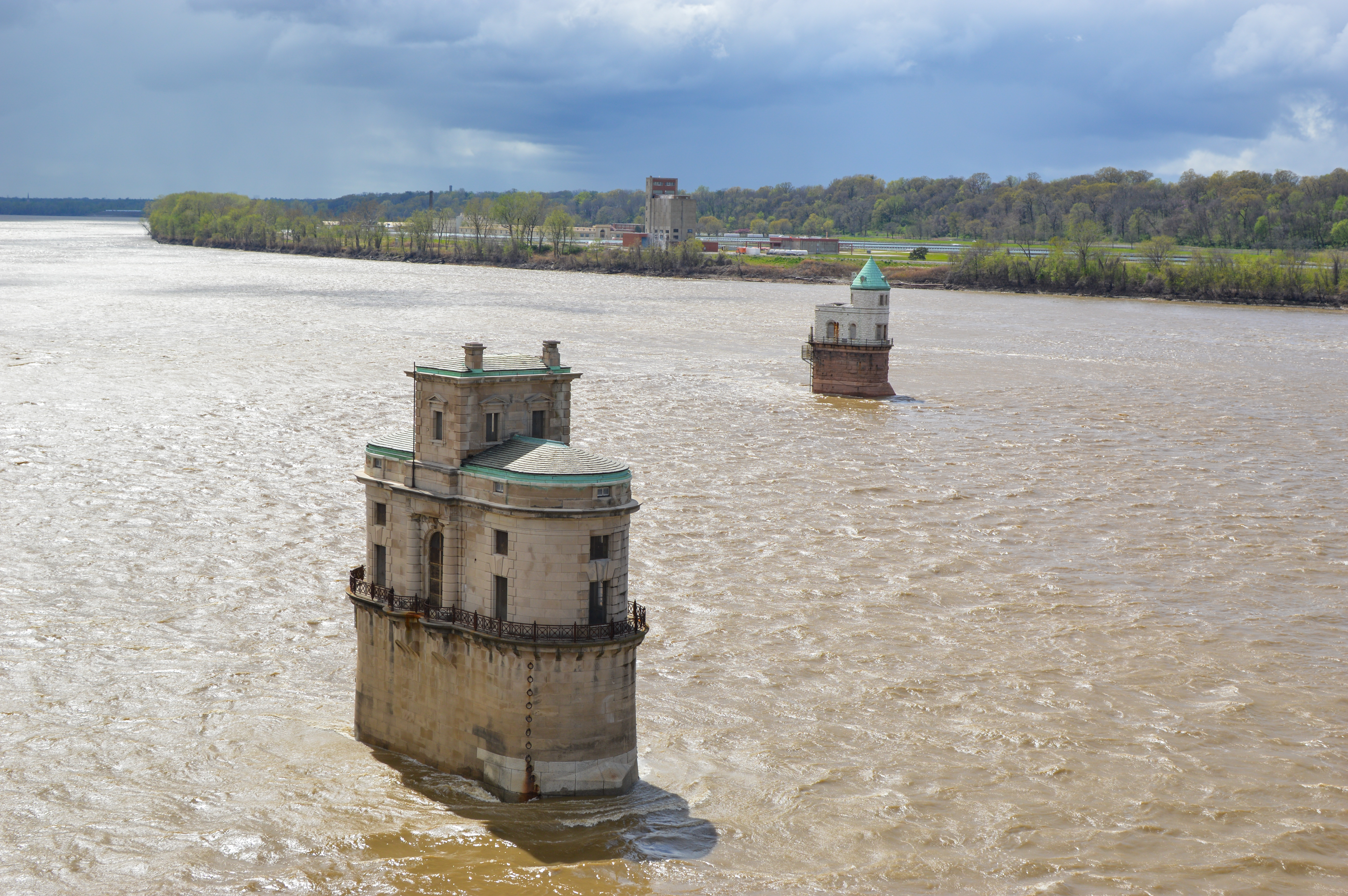 The Old Chain of Rocks Bridge on Route 66 is a unique piece of architectural history. A notable 22 degree bend in the center of the bridge stands out as a reflection of the economic, environmental, and political concerns at the time of its origin. Famously featured as the "69th Street Bridge" in the film Escape from New York, it is also a piece of movie history. The bridge is now a popular spot for walking, biking, and bird watching.

Claiming to likely be "the oldest continuously-operated auto garage on Route 66," O'Brien Tire and Auto Care traces its lineage back to the early days of the Great Depression. The business has had at least three different names: Klug and O'Brien, O'Brien Tire and Battery, and O'Brien Tire and Auto Care. On March 17, 1932, Jim O'Brien opened a "gas station and garage in the Village of Nameoki (now part of Granite City). Initially working in partnership with Jake Klug, "who had previously operated a garage on the property," their business "was known as Klug and O'Brien. 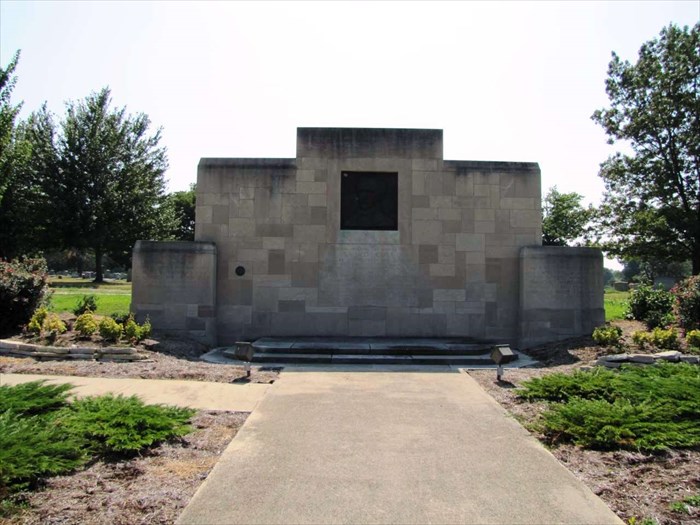 The Governor Coles State Memorial is a concrete memorial dedicated to Edward Coles, the second governor of Illinois. The statue features a bronze portrait of Coles and is maintained by the Illinois Historic Preservation Agency as a state historic site.Edward Coles was the second governor of Illinois and a leading abolitionist who helped defeat an attempt to legalize slavery in the state during the 1820s. Coles himself was once a Virginia slave owner, but he came to see the institution of slavery as immoral and freed his slaves at great financial cost. Representing those who opposed slavery, Coles won the 1822 gubernatorial election and then defeated an attempt to call a convention that would have revised the state constitution and legalized slavery in Illinois. 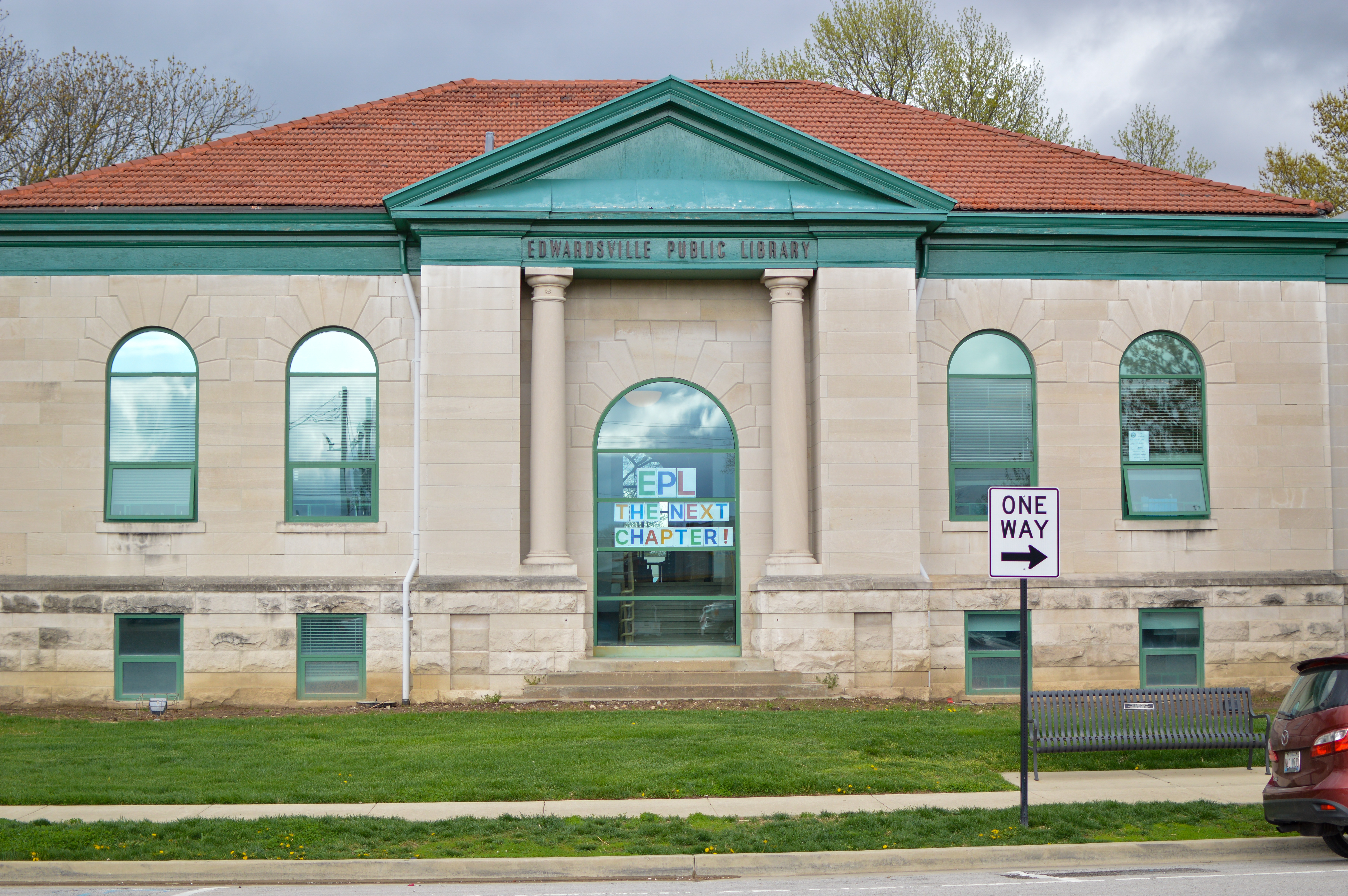 Edwardsville Public Library is a Carnegie library that opened in 1906. It is one of the oldest institutions in Edwardsville that still serves its purpose. It has been renovated numerous times since its opening. A full expansion and remodeling that kept the original integrity of the architecture and aesthetic was completed in 1991. 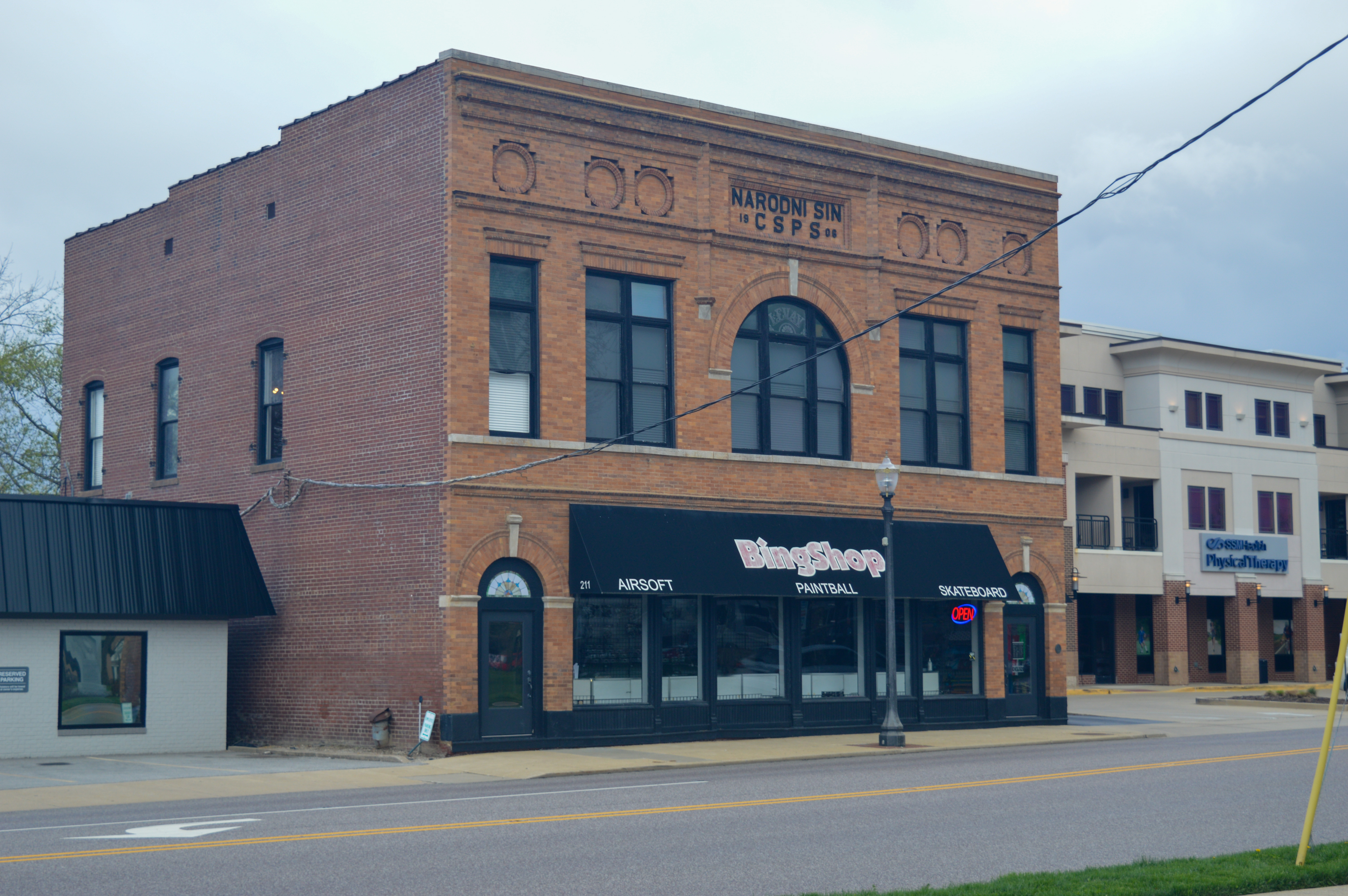 Constructed in 1906, this building served as the National Hall for the Czechoslovak Protective Society and provided recreational and meeting spaces as well as a community and cultural heritage center for Czech immigrants. This lodge reached its peak membership in the late 1920s. The CSPS also used this building for a gymnastics society and various soft drink and liquor establishments. The lodge was sold in 1971, due to high costs of maintenance and a reduction in active membership. The building is listed on the National Register of Historic Places.

This historic church was dedicated in 1873 for a congregation that was established in the 1860s. Throughout the late 19th century, St. Boniface Catholic Church grew and constructed additional buildings, such as a school that was completed in 1882 and later converted to a convent when a new school was completed. Among the notable landmarks on the property is a statue of St. Boniface near the Buchanan Street entrance.

Originally opening in 1938 as "Tourist Haven," Weezy's Rt. 66 Bar &amp; Grill is a love letter to the history and influence of Rt. 66. This local hotspot is decorated with black and white checkered floors, red vinyl booths, and chrome tables and chairs. The walls are adorned with old photos and signs giving each visitor a glimpse into the past. The rustic charm of the restaurant is only outmatched by its menu.

St. Paul Lutheran Church is probably best known along Route 66 for it's blue neon cross. It is a rural church that is easy to see both from Route 66 and Interstate 55. The present church building was dedicated in 1931. The prominent blue neon cross seen at night was donated by the Brunnworth family in memory of their son who was lost in combat at the Battle of Anzio.