The Peter Burr house is one of the oldest houses in the state of West Virginia. There are only about a dozen houses in West Virginia that pre-date the American Revolution. In Jefferson County there are five and all are stone except the Peter Burr House. The Burr house is significant as a rare surviving example of a wooden post-and-beam construction from the early settlement period. It is also an example of a family homestead in comparison to the other surviving structures which are largely stone manors or homes of wealthier families. The Peter Burr house was placed on the National Register of Historic Places in 1981 and is now being restored by the Jefferson County Historic Landmarks Commission. 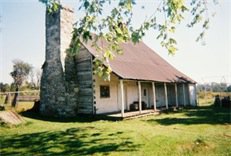 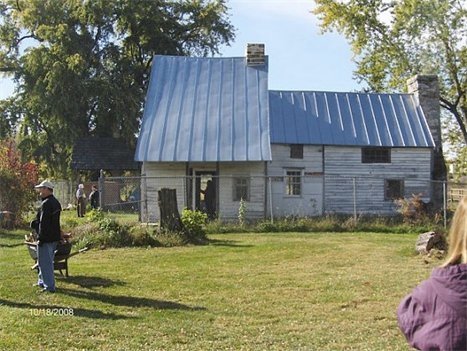 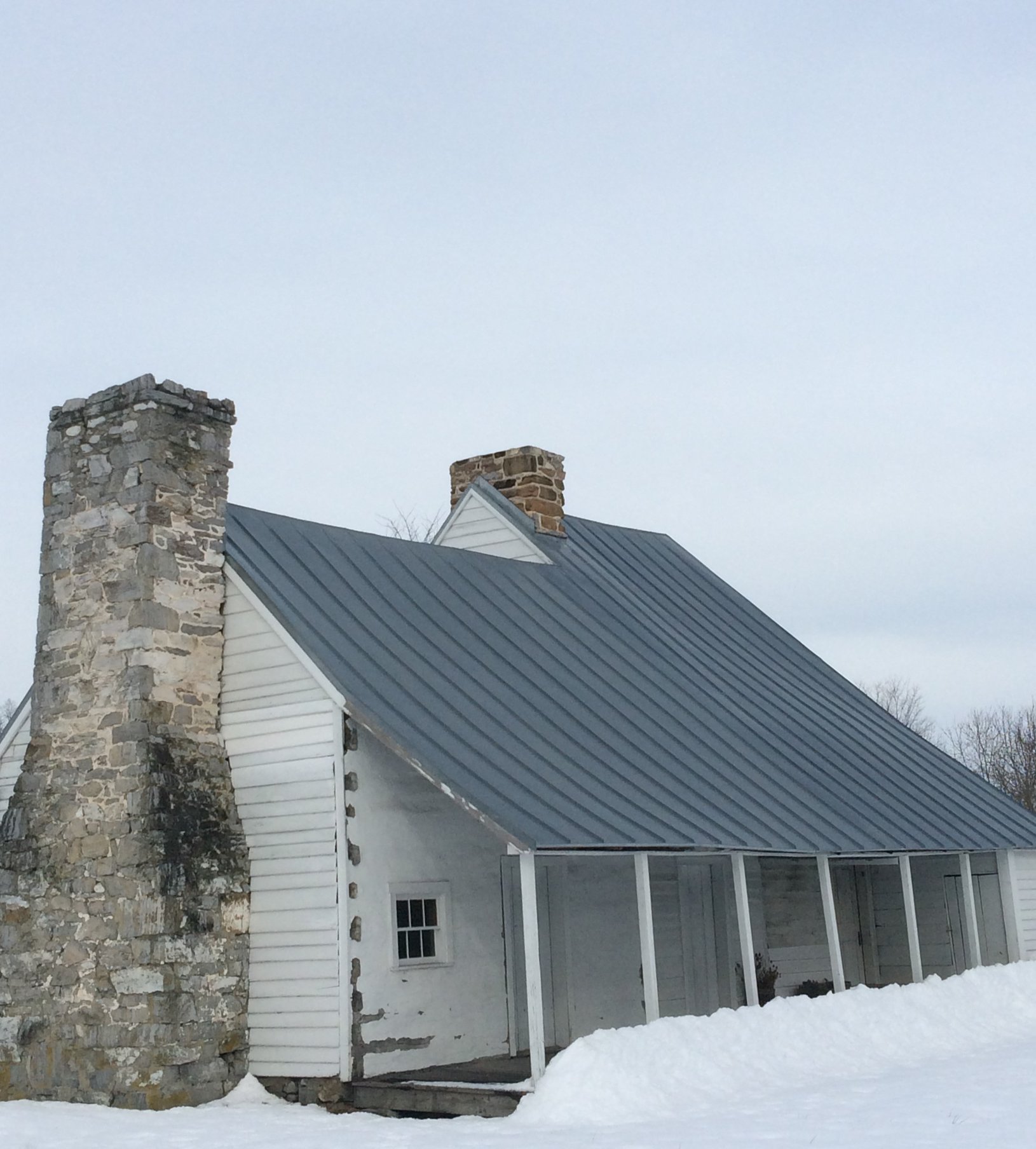 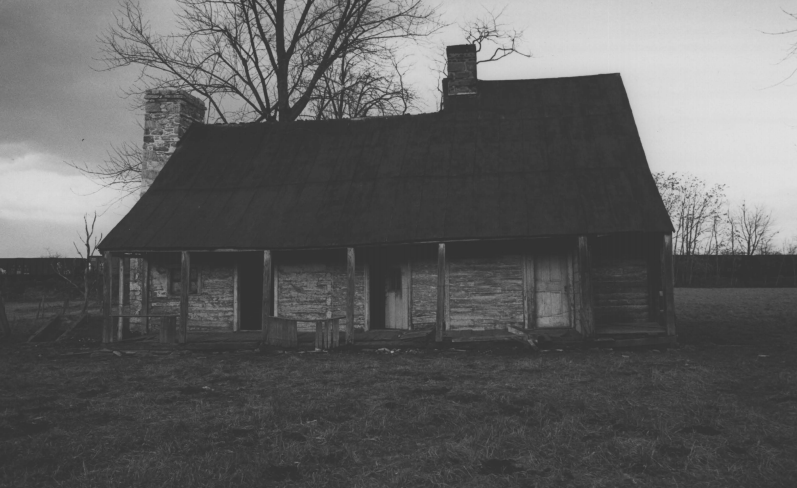 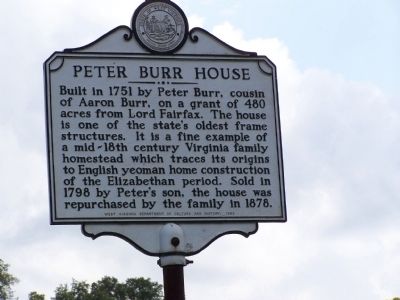 Peter Burr, Sr. and his son, Peter Burr, Jr., were part of the prominent New England Burr family. Burr, Sr. was brother to Aaron Burr, Sr., first president of the College of New Jersey (Princeton), and Peter Burr, Jr. was first cousin to Vice President Aaron Burr. The Burrs arrived in what was then Frederick County, Virginia in 1747 or 1748. Records show that Peter Burr received an “indenture” of 400 acres in 1748 and then two land grants from Lord Fairfax in 1751 for 480 and 406 acres. Sources conflict on whether both father and son moved to Virginia and who constructed the first portion of the house—the National Register of Historic Places lists Peter Burr II as the emigrant and builder of the house, while other sources list Peter Burr I. What is known is that Peter Burr II occupied the Peter Burr house with his family. Burr II married twice and had twelve children.

The first section of four rooms was constructed between 1751 and 1755, although the first date seems more accurate. Burr later added two additional rooms. The structure is constructed of heavy log beams and uprights, filled on the exterior with brick and mortar with plaster. The exterior of the home is covered with hand riven clapboard. While not a pure example of the New England Colonial Style, the structure bears significant marks of this style from Burr’s original home in Connecticut, including the steep pitched roof, large chimney, and small windows. When Peter Burr II died in 1793 the house passed to his son, Peter Burr III. Burr III moved to Ohio in 1798 and sold the property to William Lyne, Jr., who then sold it to David Moore in 1804. Moore built the second section of the house, adding two additional rooms and the large end chimney. In 1878, the Burr family reacquired the house when John & Emma McGarry purchased it, both descendants of Peter Burr.

The house was declared a Jefferson County Historic Landmark in 1976 and listed on the National Register of Historic Places in 1981. The Burr family still owned the building when it was placed on the Register, however at some point after that it passed from the family into the control of local government. During that period, it suffered vandalism and further deterioration until the Jefferson County Historic Landmarks Commission acquired it and started restoring the house in 1998. The house was in a state of disrepair, but held its structural integrity, much of its original construction and interior, and had not been modified since 1804. To bring awareness and funding to the Peter Burr House and its restoration project, the JCHLC runs the Peter Burr Living History Farm on the site.