Elmwood-on-the-Opequon is associated with the families of General Adam Stephen and George H. Bowers, whose family still owns the property. The main house was constructed around 1830 with an addition done in 1906 and the property includes several historic farm dependency buildings. The property is reflective of agriculture that has evolved from the nineteenth century to today and the main house reflects the practice of building an early log home and then expanding or rebuilding the homes to meet the needs of growing families. Elmwood-on-the Opequon was added to the National Register of Historic Places in 2006. 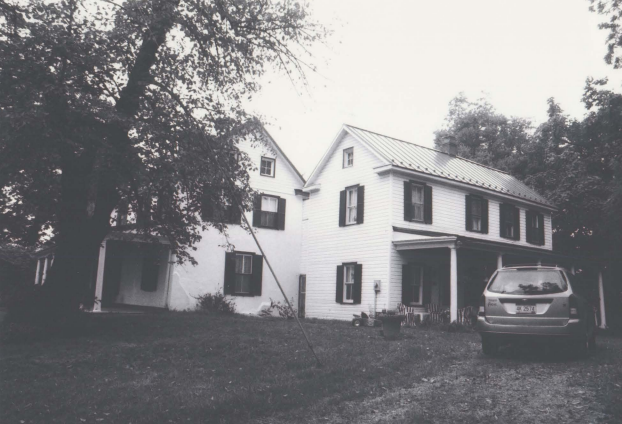 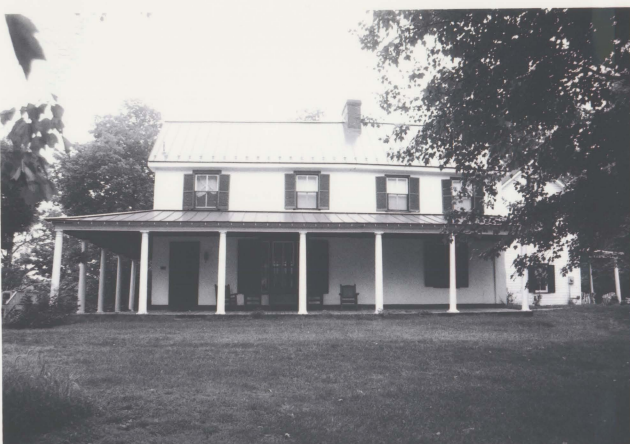 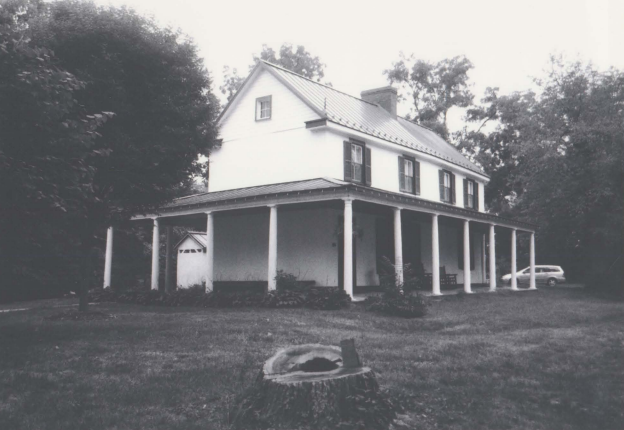 "L" Shape from the back of the houses 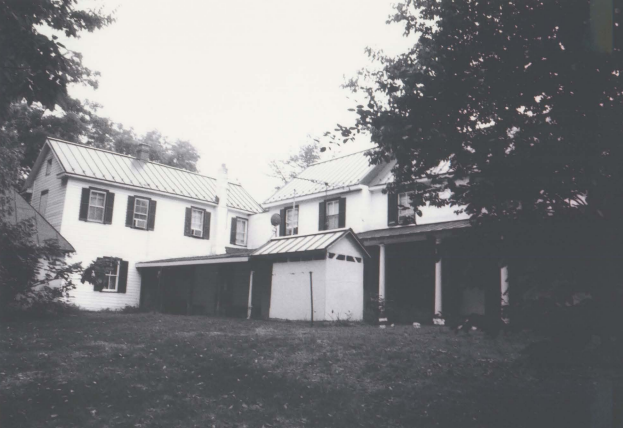 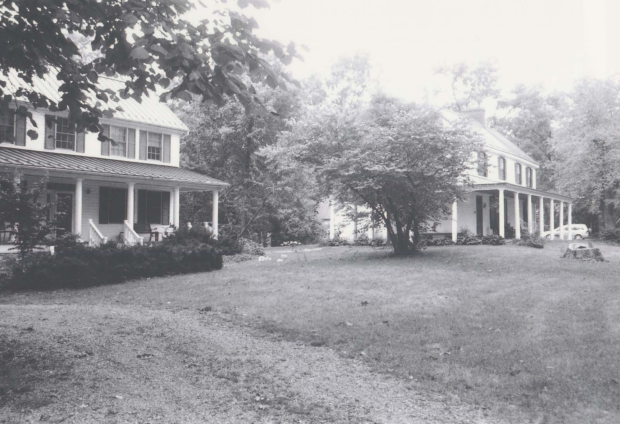 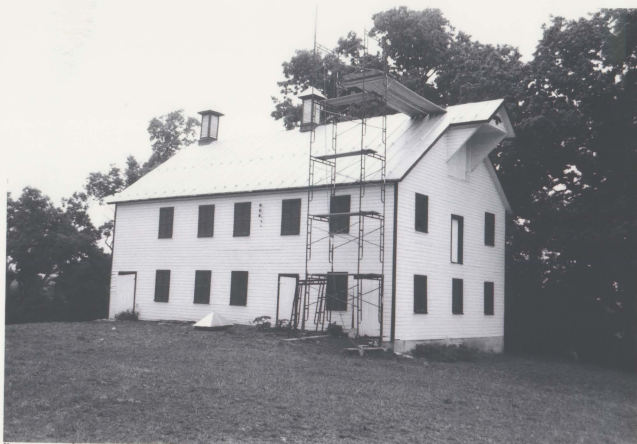 The property was originally part of Lord Fairfax’s northern neck landholdings. In 1754 Fairfax sold the Elmwood property to Col. Benjamin Grayson who then sold it within months to Edward Conner. Conner sold the land to General Adam Stephen, Revolutionary War officer and founder of Martinsburg, in 1762. Stephen’s plantation was centered at nearby “The Bower.” In Stephen’s 1791 will he left the property to his grandson Adam Stephen Dandridge. Dandridge gave it to his son, Adam Stephen Dandridge, Jr., who owned the property until 1883 and sold it to Sarah S. Kennedy. Elmwood remained in Stephen’s family until 1905. The main house at Elmwood-on-the-Opequon likely began as a one or 1.5-story log house. It is not known exactly when the house was originally constructed but it was there by 1830. At a later, undetermined, date the roof was raised to a full two stories and a two-story wooden addition was added. This addition put the originally exterior chimney into the middle of the house, and it is possible this was when the house was stuccoed for a uniform exterior.

In 1905, 318 acres and Elmwood passed from the Stephen family and was bought by George H. Bowers. In 1906 a second addition was built at a right angle to the house, creating its current “L” shape. This replaced an earlier log kitchen and allowed for a connected inside kitchen and additional bedrooms for the family. The Bowers did most of the alterations on the property, building the 1906 addition onto the house and constructing the two main dependencies. The Bowers also gave the property its current name, “Elmwood-on-the-Opequon.” It has continued through several Bowers generations and remains in the family, although tracts of land have been sold off leaving 70 acres associated with Elmwood.

Elmwood-on-the-Opequon was placed on the National Register of Historic Places in 2006 for its significance in agriculture and architecture. The home remains most of its original architecture and features; the only main alteration was the addition of modern siding over the original on the 1906 section. In addition to the 1830-1906 main house the nomination included several historical dependencies: an 1830 log smokehouse, 1830s stone spring house, early 1900s ice house, open-sided well house (which still functions as a hand pump for the well), and a few other structures. The two main dependencies on the property are the 1906 wood crib and wooden barn. The barn’s construction is unique due to its concrete foundation and its finishings: the exteriors are finished in German siding and the interiors with beaded board. The barn was used to house horses and hay until the 1950s when the farm converted to dairying and kept cattle. Also on the property is a 1997 house that is not part of the NRHPs listing.