Woodlawn was placed on the National Register of Historic Places in 2000 for its Federal architectural style and its agricultural history. It is an example of Federal style architecture with Georgian influences and was in continual agricultural use from the 1820s through the twentieth century. It was the home of the Wiltshire family from the 1820s to 1990. In addition to agricultural production there was also a school on the property for many years. 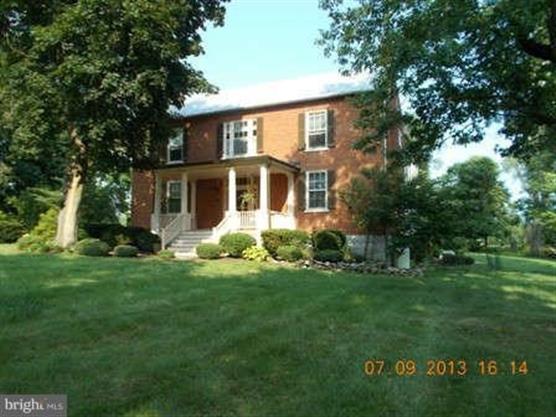 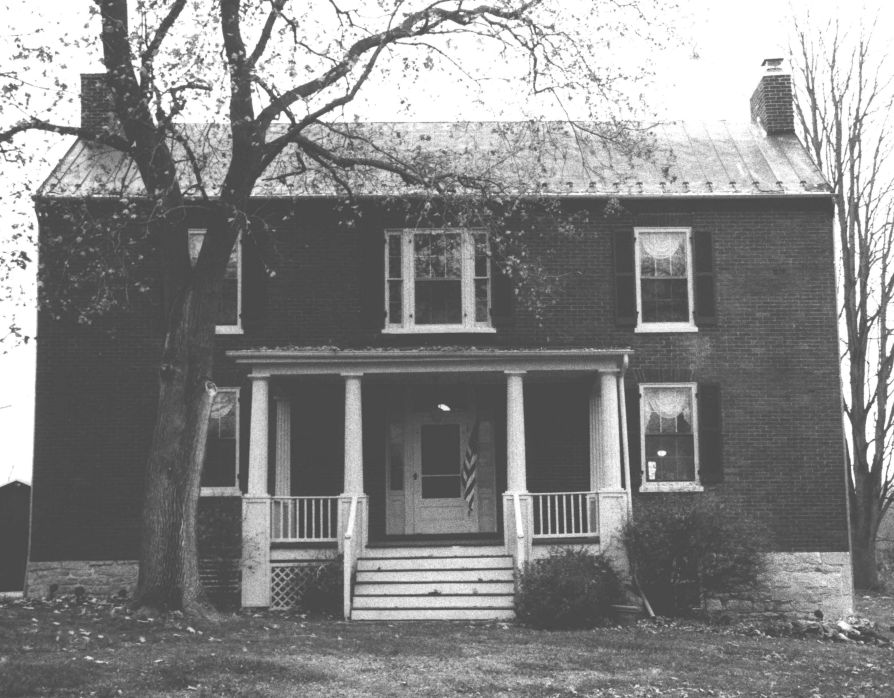 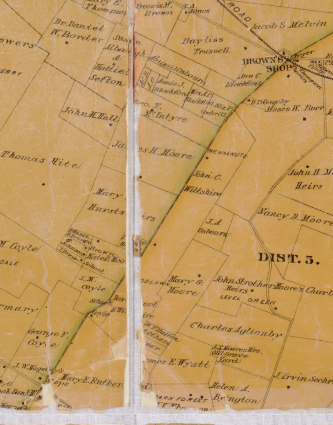 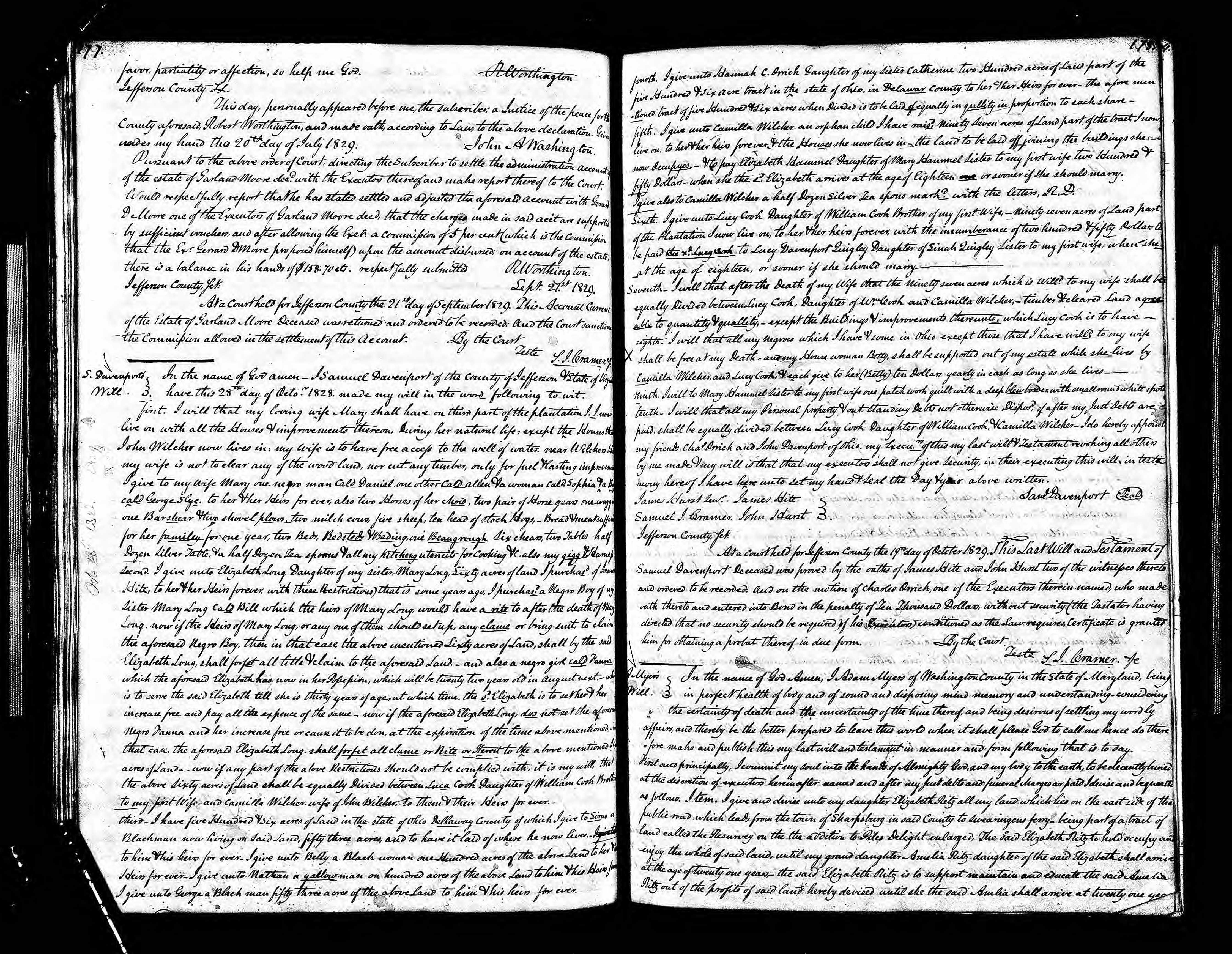 Woodlawn is an example of the agricultural prosperity of the Shenandoah Valley and western Virginia in the nineteenth century. After the Revolution, many families began expanding their landholdings as large colonial land grants were divided up and sold, such as the large Fairfax holding in the Northern Neck. During the Antebellum period many of the colonial one to two room houses were added on to or rebuilt into larger plantation homes. In addition, after the Revolution there was increasing interest in connecting the Valley to the eastern markets through transportation improvements such as the C & O Canal and B & O Railroad. These changes brought more interest and migration into the region that would become Jefferson County. In this context Woodlawn was constructed around 1820 in an Early Republic Federal style. The 2.5-story brick house was constructed as an I-house, which was a very popular style during the period, largely brought to the Valley by wealthy families moving inland from the Virginia coast.

The Woodlawn property was initially part of a 2,420-acre grant from Lord Fairfax to Col. Richard Blackburn in 1752. In 1806 Samuel Davenport purchased one hundred acres from Blackburn and records indicate he was likely a tenant on that land in the years prior. Davenport immigrated to the United States as a child with his family in the 1760s and became financially successful in western Virginia. He married three times but had no biological children of his own. He raised an orphan named Camilla who was listed as “deaf and dumb” in census records and whom Davenport considered a daughter. When Samuel Davenport died in 1829 Camilla was married to John C. Wiltshire and they were living at Woodlawn. Davenport’s tax records indicate that the home might have been constructed in 1823 for the couple. There is a possibility that Woodlawn was designed or constructed by neighbor James Hurst. There are many interior and exterior similarities between Woodlawn and the three nearby houses built by Hurst for his children: LaGrange (1811), Snow Hill (1815), and the Coyle House (1820). One striking similarity is the use of salt glazed brick in the exterior construction of all four houses, which is unique for the county.

When Samuel Davenport died in 1829 Camilla and John C. Wiltshire inherited about a third of the Davenport plantation, 97 acres of land and their home Woodlawn. A third of the property went to Davenport’s wife, Mary, and the final third was inherited by a cousin, Lucy Cooke. When Mary Davenport died in 1831 her third of the property was divided between the Wiltshires and Cooke, who received the Davenport house. Shortly afterwards, the Wiltshires purchased Cooke’s share of the property and then held the entire Davenport plantation. John C. and Camilla Wiltshire were slave-owning farmers that produced rye, wheat, and corn and raised cattle and hogs. John Wiltshire was active in the Valley Agricultural Society and the Whig Party, and he served as jury foreman in the John Brown trial in 1859. John Wiltshire died suddenly in 1869 and Camilla Wiltshire died two years later. Their daughter, Sarah, inherited the plantation at her mother’s death. In 1873 Sarah Wiltshire married and moved to Missouri and sold the property to her brothers. Her brothers continued to farm the land and pass it to their children. In 1940 great-granddaughters Leah Hammond-Wiltshire and Camilla Wiltshire inherited the farm and continued its operation. When Leah Hammond’s husband, Edgar, died in 1967 the two sisters began dividing and selling plots of the farmland. Camilla Wiltshire retained the house and acreage that was nominated to the National Register of Historic Places until her death in 1990.

Despite the current property being less than nine acres with the main house, an earlier smoke house, and ca. 1900 shed remaining from the larger plantation there are several other remnants of the Davenport/Wiltshire land on other nearby properties. There is a pre-1850 road trace that runs through the property in front of the house, perpendicular to the modern driveway. The remains of the original bank barn are located just outside the property’s boundaries, on a neighboring farm. The Wiltshire family cemetery that once stood on the eastern boundary of the plantation is now on other private property. Across the road from Woodlawn used to stand a building used both as a school and church for many years. After the Free School Act was passed in Jefferson County in 1846 the Wiltshire School was constructed on the plantation and local history states that the Wiltshire ladies taught students from District #5. After the Civil War and West Virginia statehood the free school system was reestablished and in 1877 a brick schoolhouse replaced the original structure. This school only served white students until a central school for white students opened in Charles Town in 1923. For a time, the Charles Town Presbyterian Church rented the building for its Sunday school and then in the 1930s the Middleway District Board of Education rented it as a school for black students called the Johnstown Colored School. In 1935 a black-only school opened in Charles Town and after that point the Wiltshire brick school building was used by the King’s Apostles Holiness Church of God. During this time James Brown purchased the property and after the church moved to a new building, Brown tore the remnants of the structure down in 1972.