The historic Charles Town home known as Aspen Hill was constructed around 1840 by James G. Hurst and is an example of middle-architecture in the antebellum period. Aspen Hill was placed on the National Register of Historic Places in 1980 as an example of the middle-class homes constructed during this period. Aspen Hill typifies this type of home as well as the transition from the 1700s when the region was dominated by a handful of wealthy landowners. By the 1800s a middling class of planters and merchants emerged, and these families established estates and aspired to the lifestyle of their wealthy neighbors. 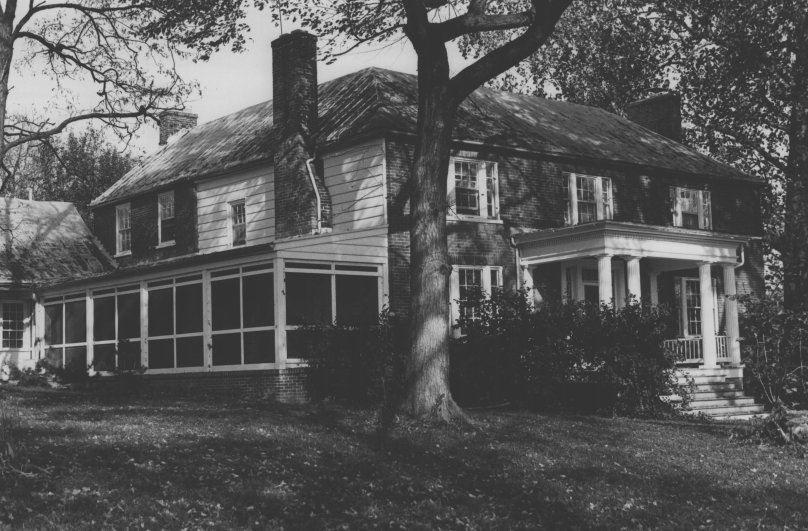 During the 1700s much of this area in (then) Virginia (now West Virginia), had been surveyed and claimed by wealthy families from the Tidewater and Piedmont regions. These families held large estates and built grand stone mansions, many of which still survive today. In the early 1800s the social dynamics of the region changed slightly due to westward expansion and families breaking up their large landholdings between sons or selling/leasing land to smaller farmers. By the 1840s there was a three-tiered social class system in the area consisting of large, wealthy landowners (usually the families who had claimed land early), moderate and yeoman farmers aspiring to move up the social ladder, and a lower class of those working the land of other people (subsistence farmers, tenant farmers, and slaves).

The Hurst family acquired land above Charles Town in the 1830s and James G. Hurst constructed Aspen Hill probably around 1840. The current house appears to be two original structures joined together by a more modern frame construction (that houses a kitchen). The original farmhouse is a L-shaped brick house and the second structure is an older log cabin that is 1.5 floors. Due to this multi-structure construction there is a mixture of building materials and styles. There are references to the architecture and interior layout of grander mansions (such as the layout of rooms and inclusion of fireplaces and mantel in each room), however the interior design is generally plain and less decorated than wealthier homes in the area. The architecture is in the vernacular Greek Revival style and the family referred to the building as the “mansion house,” evidence of a middle class family striving to attain a level of social class and respectability in local society.

The Hurst family held the estate until 1918 when it was sold out of the family. Aspen Hill was listed on the National Register of Historic Places in 1980 as an example of middle-class architecture in the antebellum period and evidence of the social class structure of the region in the early-mid 1800s.