Bellevue, also known as the Van Swearingen—Shepherd House, was constructed in phases between the late 1700s and early 1900s. The original section of the home was constructed by Joseph Swearingen in the late 1700s and his heirs owned the home until around 1860. The Shepherd family purchased the property around 1900 and still own the home today. The house was placed on the National Register of Historic Places in 1983. 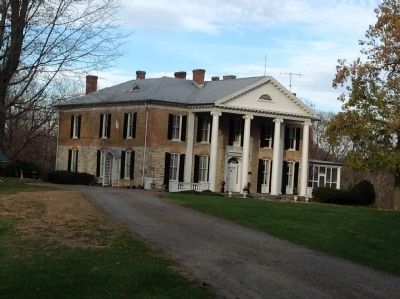 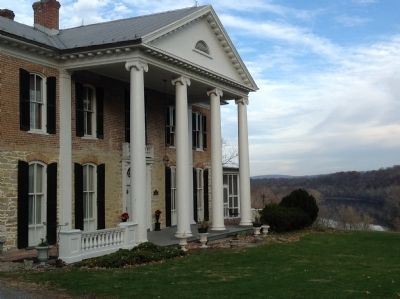 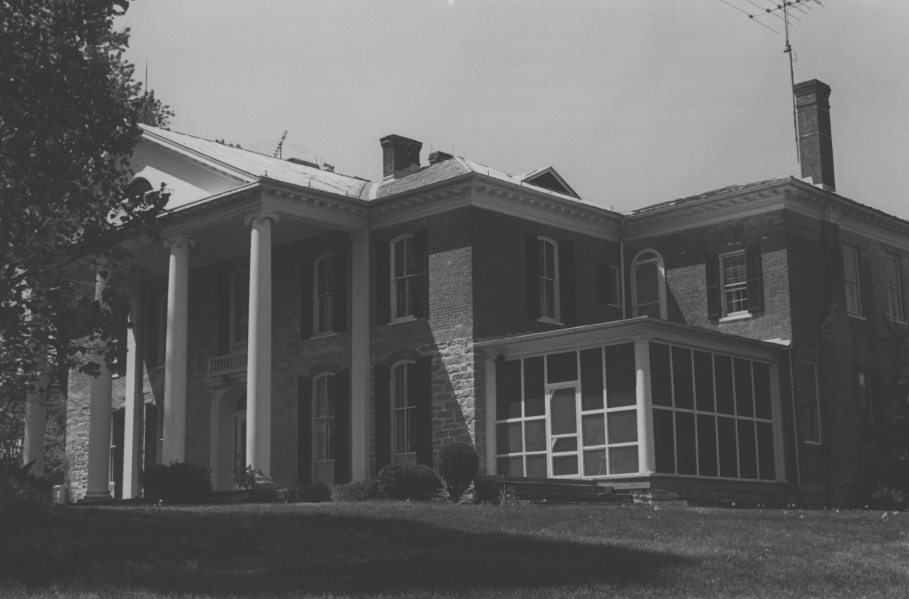 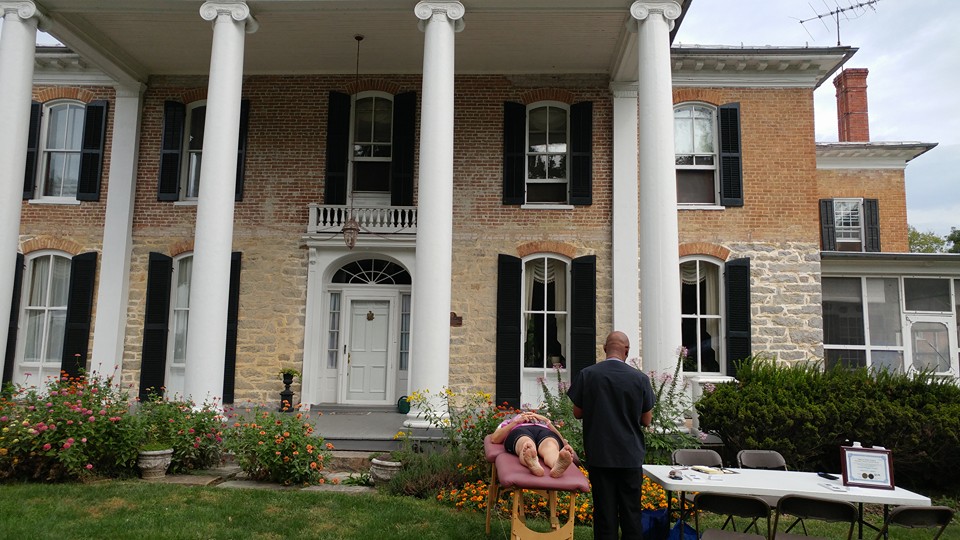 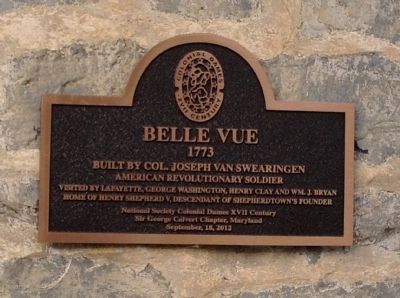 Bellevue is a two-story Colonial Revival mansion on a bluff overlooking the Potomac River. The original part of the house was a one (or 1.5)-story stone house built by Joseph Van Swearingen in the late 1700s. At an unknown later date a second story of brick was added. In the early 1900s the house was refurbished in the Colonial Revival style dominant today. The house has not been changed since about 1907 and the interior still retains much of its antebellum features. The dominant exterior feature of the mansion is the tetrastyle (temple-like front with four columns) portico over the main entrance and second-story balcony.

Joseph Van Swearingen’s father, Thomas Swearingen (known as Thomas of the Ferry), brought the family into the Valley in the early 1700s. In the 1740s, Swearingen bought 222 acres at “Jones’ Mill” and fifty acres in Frederick County, Maryland and in 1750 he received a land grant from Lord Fairfax for another 478 acres. Thomas Swearingen established the ferry crossing at Shepherdstown; this was in operation by 1755 or 1756. He died in 1760 and his son, Joseph (Van) Swearingen, inherited the property where Bellevue is now. Joseph Swearingen was only six when his father died and so his uncle held the property for him until he turned 21.

Joseph Swearingen served in the Virginia militia and formed the 12th Virginia Regiment during the Revolutionary War. He served in Washington’s army, was promoted to Colonel, and fought at Germantown in 1777. He was then appointed Lieutenant of Berkeley County after Washington’s brother, Samuel, resigned. He finished the war in that position and afterwards married Hannah Rutherford. They had one son, Thomas Van Swearingen. Joseph Swearingen received 4,000 acres of land from Congress for his military service. It is likely that Joseph and his family lived for a time with his mother at the family home before building the original stone house on his property. In 1798 tax records assess Joseph Swearingen for three houses; one valued at $1,050 was probably Bellevue and the value indicates that the house was either new or recently improved. He was a prominent slaveowner and was part of the group who organized Jefferson County. He was on the first county court, served as a justice of the peace, and was High Sheriff of Jefferson County between 1805-1807.

When Joseph Swearingen died in 1821 his only son, Thomas Van Swearingen, inherited Bellevue. He was also highly involved in politics. He served in the Virginia House of Delegates 1814-1816, was elected to the Court of Trustees of Shepherdstown in 1816, and served in the U.S. House of Representatives from 1818 to his death in 1822. He died in office at age 38, just a year after his father died. Bellevue was owned by his widow, Julia, who then passed it to their daughter, Hannah Van Swearingen Matthews, at her death in 1860.

Matthews sold the property and it went through a couple of owners before 1900. William T. Lemen owned the property from 1879 until 1892 and during that period the value of the home increased dramatically, which indicates improvements to the house. It is possible that the brick second story was done at this time, but that is not known for sure. In 1900 Henry Shepherd III bought the house as a wedding gift for his wife, Minnie Reinhart, who was a granddaughter of Thomas Van Swearingen. The Shepherds were another major family in the area, descendants of Thomas Shepherd who founded Shepherdstown. The house has stayed in the Shepherd family since.