The two parts of Belvedere were constructed in 1807 and 1824 by the Tate family and joined into one structure in the 1930s. It was placed on the National Register of Historic Places in 1984 for being an example of federal style architecture in a rural setting and for its connection to prominent Jefferson County families. 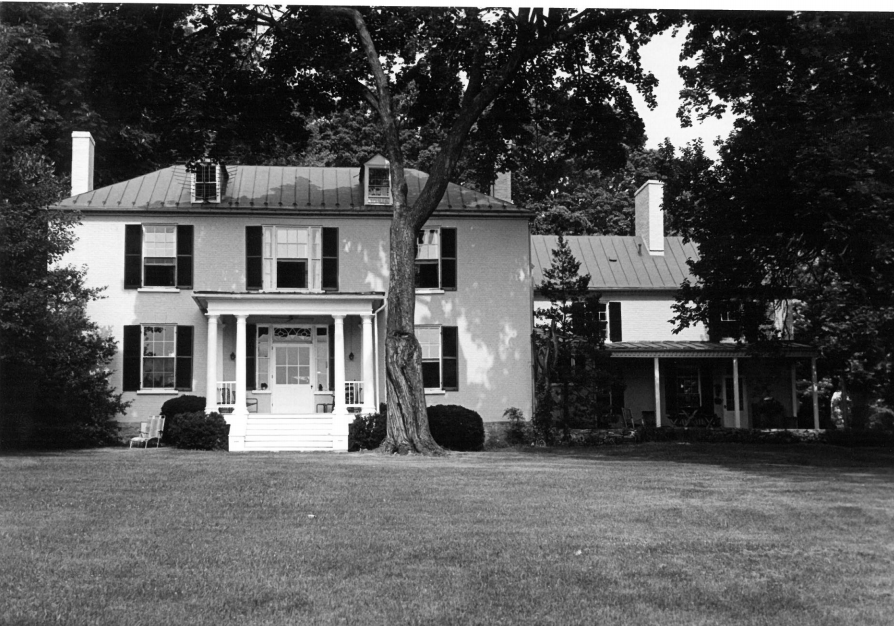 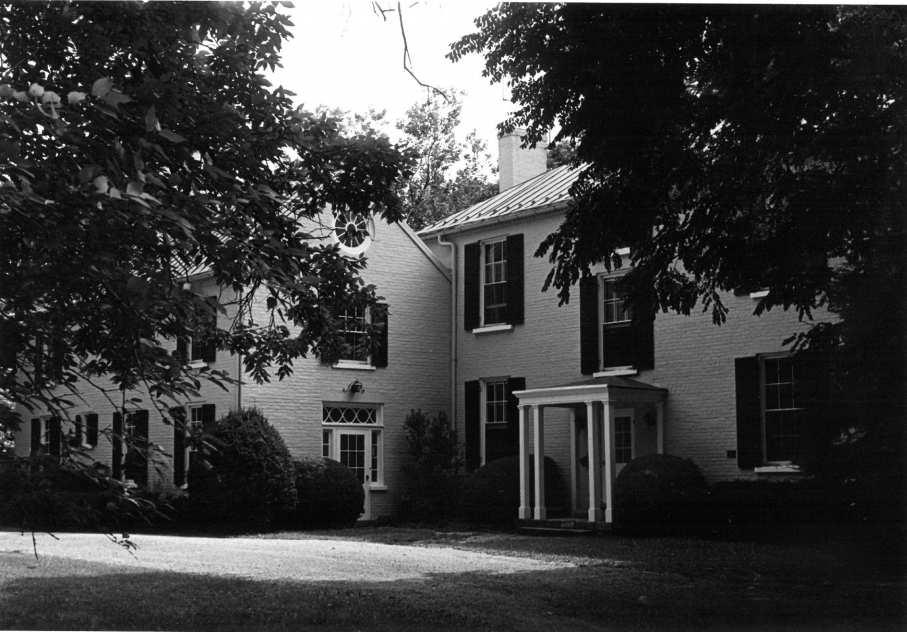 Belvedere in 2017 when the property was listed for sale

“Belvedere” means “beautiful view” and from the home’s front porch the vista stretches to the Blue Ridge Mountains. An example of Federal Style architecture, the mansion was built by the prominent Tate family. They settled at Belvedere’s site as early as the 1760s and likely had a log house originally. The current mansion is two original buildings joined together. The smaller original house was constructed around 1807 by Magnus Tate II; he was involved in the organization of Charles Town and served on its first board of trustees. Three of his sons were also very active in local, state, and national affairs. George served in the Virginia Assembly, William was a member of the first organized bar in Jefferson County and also served in the Virginia Assembly, and Magnus Tate III served seven terms in the Virginia Assembly, was High Sheriff of Berkeley County twice, and served in the US House of Representatives (1815-1817).

The 1807 building is a two-story house of hand-molded brick. There are two rooms on each floor with a central chimney and this is sometimes referred to as the “kitchen house.” The second, larger home was built in 1824 by William Tate who inherited the estate from his father. This house is also two-story, built from pressed brick, and is laid out in a “two over two” room arrangement with a central hall on each floor. The west entrance of the main home is a prime example of Federal Style with Doric columns, podium entrance, and transom window. Both houses combine American Common bond and Flemish bond brickwork. The two buildings were connected in 1939 by Thomas Willis; the connection and the addition of a bathroom in that new space were the only major changes made to the architecture of both structures.

After William Tate, the estate passed to his son George and it remained in the family through the Civil War. Belvedere transferred to T. H. Bates, a prominent attorney, in 1882 and the Wilson family acquired it in the later part of the 20th century. It was placed on the National Register of Historic Places in 1984 for being an example of federal style architecture in a rural setting and for its connection to prominent Jefferson County families.