Hopewell was built in several phases starting around 1765. William Little constructed the first part of Hopewell, as well as a grist mill and sawmill on the Shenandoah River at what became known as Little Falls. In the early 1800s, projects to improve navigation and trade on the Shenandoah River included building a canal and lock to navigate past Little Falls. This prompted his heirs and future owners to build an additional woolen mill at the river. The house was expanded several times in the 1800s and 1900s. The Hopewell property was added to the National Register of Historic Places in 1994. 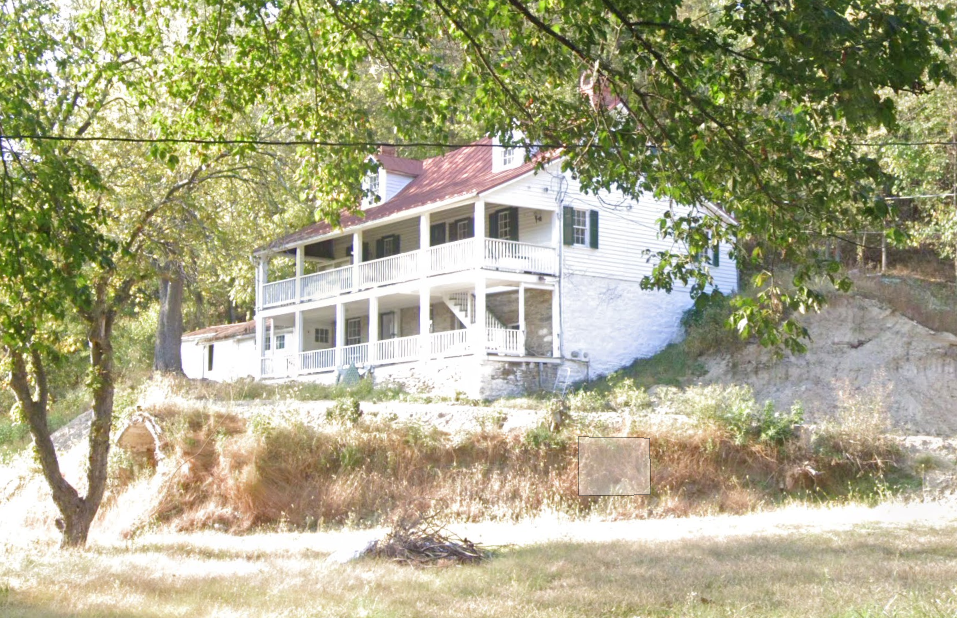 Sketch map of the Hopewell property and nearby mill site 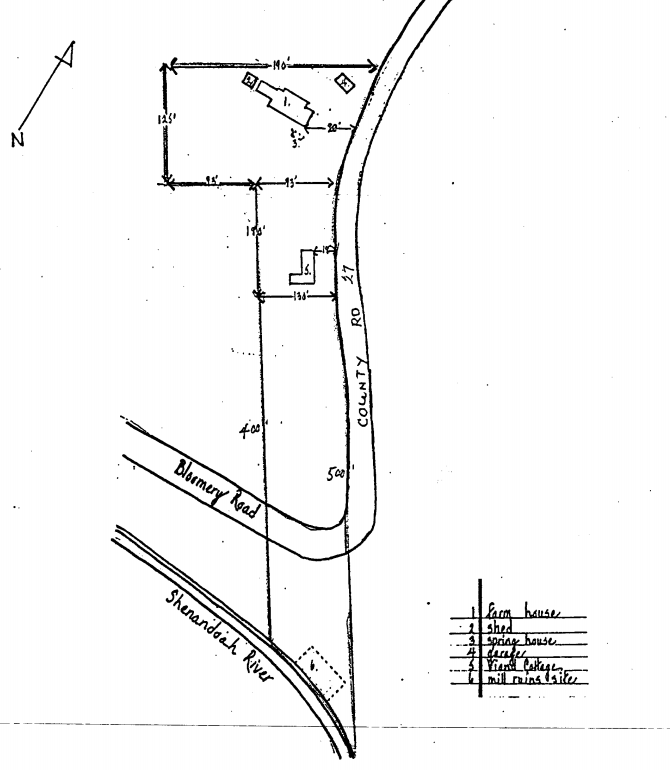 Aerial of Hopewell and the nearby Shenandoah 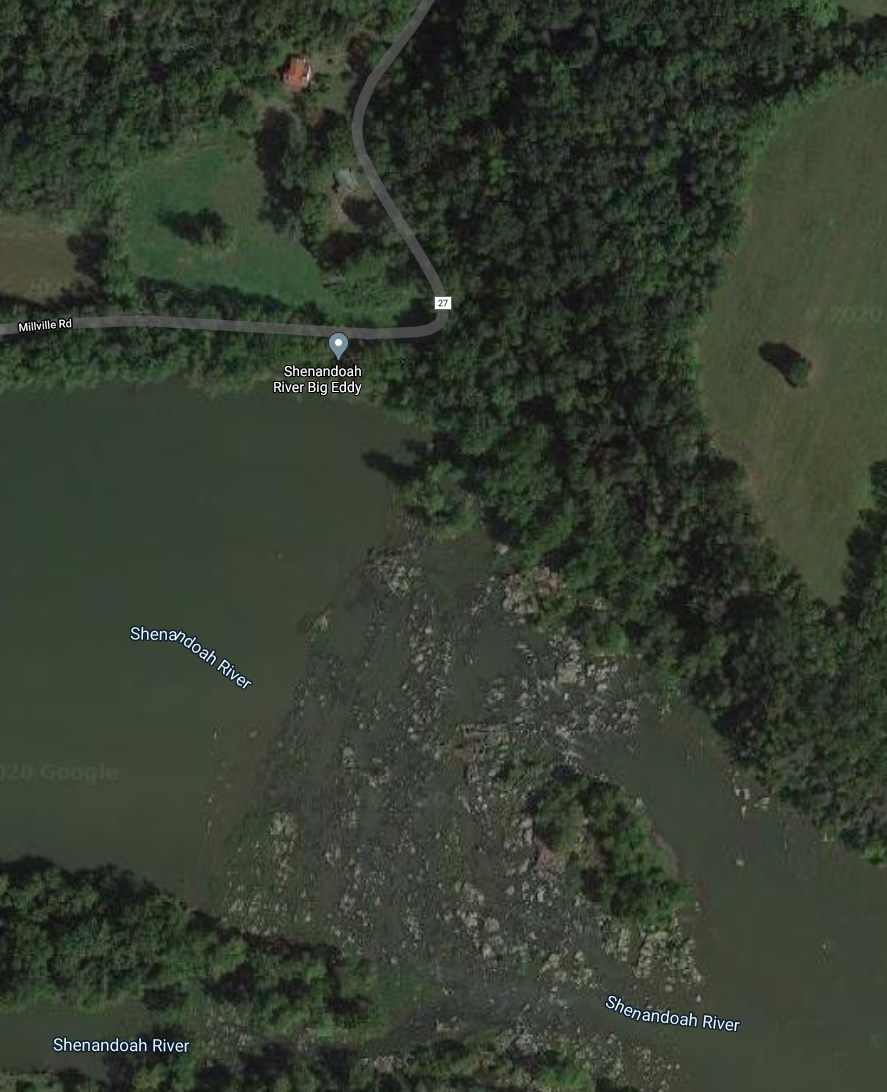 Hopewell and the nearby mill are a part of the history of milling on the Shenandoah River. The Shenandoah powered many types of mills, including iron mills, grist mills, sawmills, and woolen mills. In the 18th and 19th centuries the Shenandoah Valley developed rapidly due to its fertile soil and abundant natural resources. The natural corridor of the Valley between the Blue Ridge and Appalachian Mountains encouraged settlement from Maryland and Pennsylvania, and the area was settled largely by German immigrants. The Shenandoah River between Harpers Ferry and Martinsburg was particularly populated with farms and mills. The mills were needed to grind the grain produced by local farmers and produce timber for construction. The wagon roads created by farmers to bring their crops to the mills are now many of the local roads, like Bloomery Road that passes Hopewell.

The Hopewell property was initially part of Lord Fairfax’s land and it was granted to Col. John Carlyle in 1761. Shortly after, Carlyle sold the tract to William Little who started to operate a grist mill and sawmill. Little built the original section of Hopewell, a three-story log farmhouse with a single room on each floor, around 1765. The house sits on a limestone foundation, a usual feature for early homes, and is built into the hillside. Being a “bank” farmhouse build into the hill is a unique feature for the area and it allowed the family to utilize more of the flat land for agriculture. The family quickly built an addition that expanded each floor to have two rooms. The log structure was constructed with V notches, a German construction technique, and was later covered with weatherboard. There is a two-story porch across the front of the house.

In the 1770s Little served as Justice of the Peace and may have served in the Revolutionary War because some later records refer to him as Captain William Little. In the 1780s, his property was assessed as 500 acres, slaves, horses, and cattle, and his house was valued in 1798 as worth $525. In 1786 Little was a trustee in the newly incorporated town of Charles Town and in 1801 when Jefferson County separated from Berkeley Little was appointed a Justice of the Peace and the county’s first sheriff.

The section of the Shenandoah River near Hopewell was named Little’s Falls due to his mills there. In 1798 the Virginia General Assembly passed “An Act for opening and extending the Navigation of the Shenandoah River.” These were plans to build canals around the falls of the Shenandoah to open navigation. This was part of a larger plan to increase transportation from the east into the western counties of Maryland and Virginia promoted by the Potowmack Navigation Company started by George Washington. In 1802 the Potowmack Company was authorized to start construction on the Shenandoah and a canal and lock was built at Little’s Falls. This improvement allowed boats to better navigate the river and the constructed basin allowed boats to dock directly at the mills. William Little, Sr. died in 1803 and his property was divided between eight heirs. William Little, Jr. bought the shares of his siblings and ran the mills. Due to this canal construction, William Little, Jr. initiated more plans to mill at Little’s Falls. In 1806 William Little partnered with Leonard Harbaugh to locate and purchase other mill seats. In the following year 1807 Little Jr and his siblings sold a 2.5 acre mill seat to Michael Dorsey; Dorsey had already constructed in 1804 using water from the canal (this became Riley’s Woolen Factory). Little, Jr. surveyed several mill sites for his use, including one on an “island” created by the new canal.

William Little, Jr. ran the mills until 1827 when he sold the mills and property to James Hite and Jacob Newcomer. Hite renamed the property Hopewell to connect it to the property of his ancestor Jacob Hite who owned Hopewell in Leetown in the 1740s. The German community church there was the Hopewell Quaker Meeting House. The Hite family owned the property until the 1860s. Thomas Hite Willis was a Justice of the Magistrate Court and was at the preliminary hearing of John Brown in October 1859 in Charles Town. By the 1860s there was a stone woolen mill, considered the largest such mill on the Shenandoah. Willis operated the mills until 1862 when he sold it to James Watson and the mill operated under several owners until the 1920s. The farmhouse and tenant house were not owned by the owners of the mill after the Watson heirs sold it in the 1880s. After the 1920s than a new process was used at the mill that did not require waterpower and it continued to operate into the 1940s when it made military uniforms during WWII.

The current structure of Hopewell reflects the original 1700s building as well as several additions in the 1800s and 1900s. Also included in the National Register of Historic Places is the Viand Cottage (tenant house) which also dates from around 1765 and shows a similar construction to the main house. There is also an 1850s shed standing near the house. There is an 1850s vaulted brink and stone springhouse built into the hillside, but it has been repaired in a matter that affects its historic nature and it was not included in the nomination. The ruins of the woolen mill was also included in the nomination.