The Hermitage is one of the few surviving early nineteenth-century log frame houses in Jefferson County. In addition, a stone cottage on the property is one of the oldest buildings in West Virginia. The Hermitage was placed on the National Register of Historic Places in 1993 for its historic architecture and its connection to Roger Preston Chew, commander of Chew’s Battery during the Civil War. 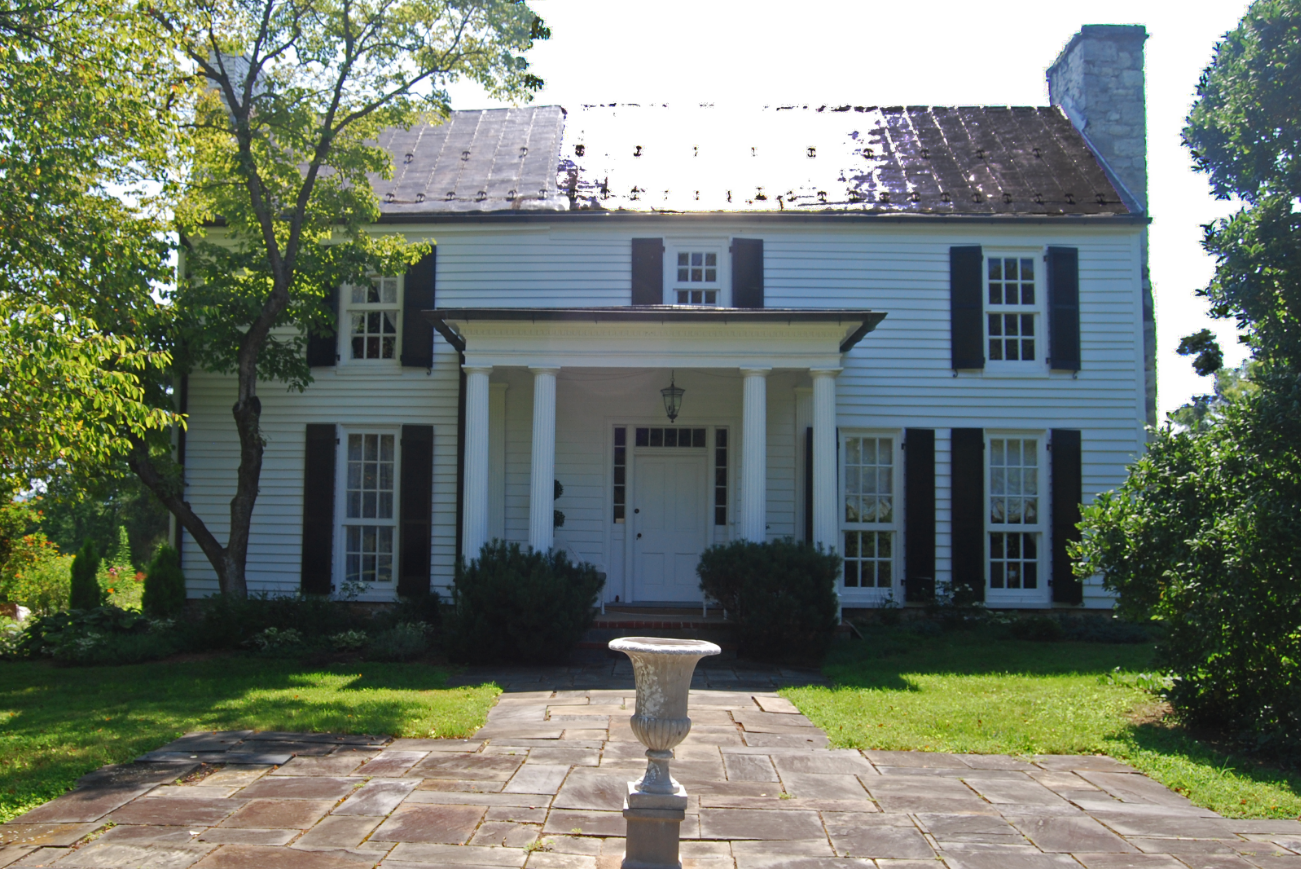 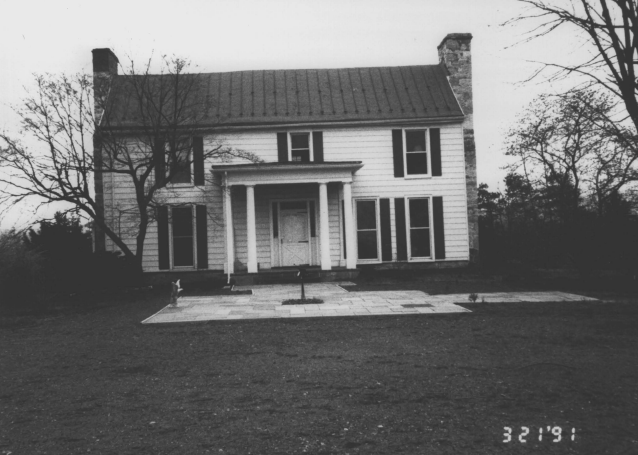 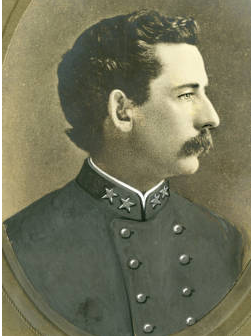 The Hermitage is a two-story I-House later turned into an “L” shape when a stone cookhouse was incorporated as a rear addition. The south end of the home is the original 18th century section, a log framed structure with brick nogging. It was originally a single room with a side hall and then a later addition put the hall into the center of the home. The 18th century stone cookhouse is now attached to the house with a 20th century breezeway. The original wood clapboard siding has been covered by a modern white fiberglass siding and much of the interior was remodeled in the late 19th century in the Victorian Eastlake style. Other historic structures on the property include an 18th century 1.5-story limestone cottage and an 18th century weatherboard outhouse.

The original stone cottage near the main house was constructed by Daniel Burnett in 1734. He received a Kings grant through the governor of Virginia for the Hermitage property in that year and held around 490 acres. Burnett was a partner of the Barr Iron Works (known as the “Bloomery” forge) that was located where Bloomery, WV is today. The iron works was established there in 1742 and is believed to be the first constructed west of the Blue Ridge Mountains.

The Hermitage is most known for the Chew family, and particularly Roger Preston Chew who served in the Confederate Army during the Civil War. Roger Augustine and Sarah Aldridge Chew moved from Loudon County, VA in 1845 and settled at the Hermitage. Their son, Roger Preston Chew, was three when they moved. He attended the Charles Town Academy and then the Virginia Military Institute. As a VMI cadet he was in Charles Town to help maintain order during the John Brown hanging. He graduated with the class of 1862 and joined the Confederacy. He commanded Chew’s Battery, a mounted battery of flying artillery. After the Civil War Chew and his brother, Robert Chew, returned to the Hermitage to rebuild. In 1871, Roger P. Chew married Louise Fontaine Washington, daughter of the last owner of Mt. Vernon, became a successful businessman, and served in the WV legislature in the 1880s.

The Hermitage was placed on the National Register of Historic Places for its historic architecture. The stone cottage constructed around 1734 is one of the oldest buildings in West Virginia and the house, cottage, and privy are an example of settlement-period homesteads. The privy is a rare surviving example of that type of outbuilding and may be the oldest surviving privy in the state. The main house is an example of architectural evolution through its different expansions and the interior remodel is one of the county’s best surviving examples of a Victorian interior. The Hermitage was also nominated to the Register for its connection to Roger Preston Chew.