The Christian Allemong House is on the National Register of Historic Places as an example of Georgian architecture. Constructed in 1830 by Christian Allemong the two-story limestone structure features stone details of the Georgian style and mostly original interior woodwork. The estate and house were sold after Allemong's death and has a series of owners since, the longest being Amos Janey. It was placed on the National Register in 2003. 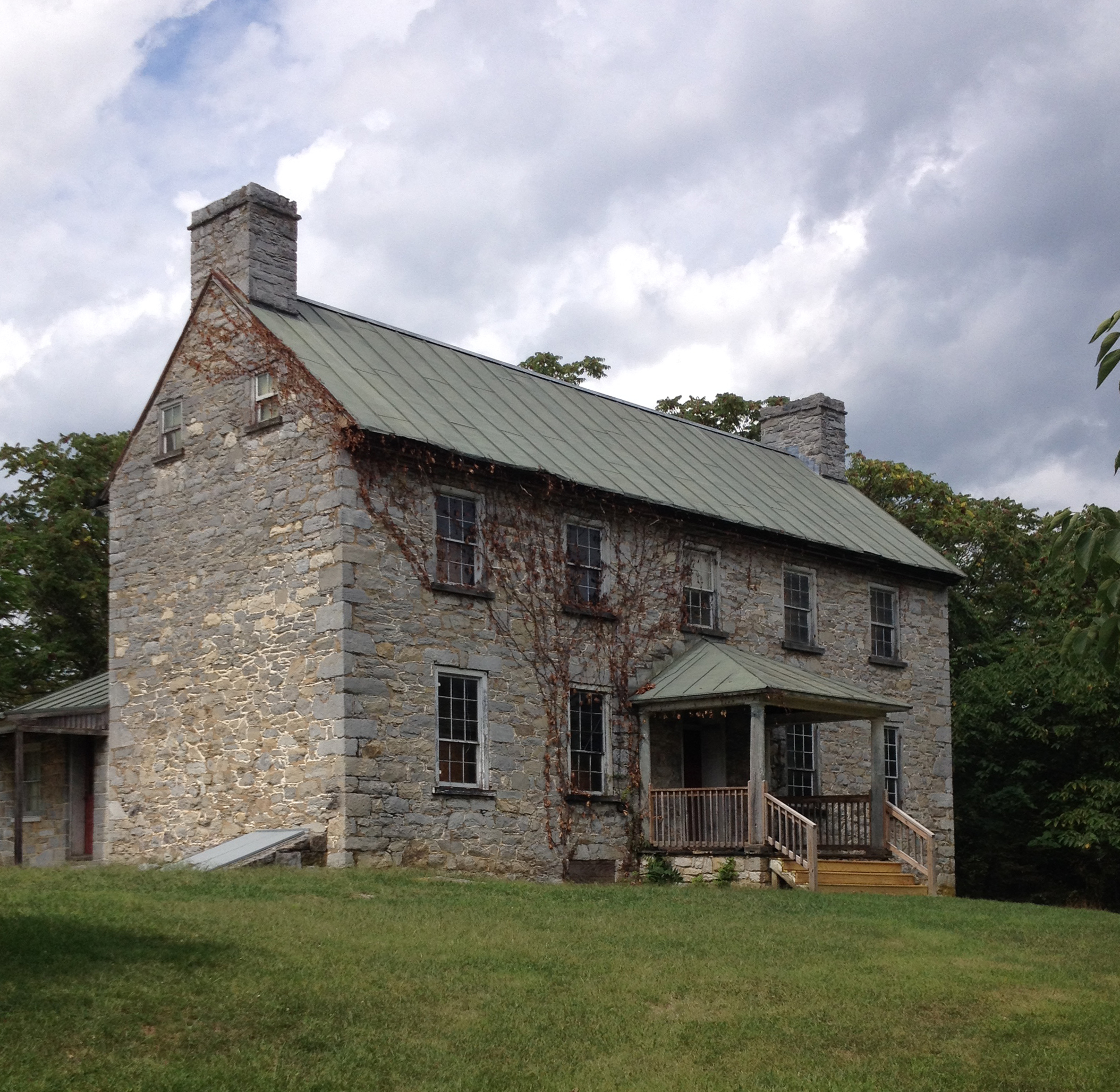 The Christian Allemong House was place on the National Register of Historic Places in 2003 for its significance to architecture. Constructed in 1830 (a date stone in the north gable reads Aug 1830) it is an example of Georgian architecture. The house is a two-story, five bay design with a gabled roof laid out in an I-design: one room deep with two rooms separated by a central entry hall. The exterior of the building is constructed of roughly cut limestone that is primarily laid in a random pattern. The exceptions are the quoins (masonry blocks) at the building’s corners, the stone lintels (horizonal supports across the tops of the windows) and window sills, and the keystone designs above the windows. These stone features are all marks of Georgian design. There have been some additions to the house, such as the addition of a modern kitchen and bathroom, and the porch is a 1940s-constructed replica of the original. Most of the interior woodworking is original.

Little is known about the original owner of the home, Christian Allemong. He was a prominent landowner who was born in Germantown, PA on December 6, 1766 and died April 21, 1835 in Clark County, Virginia. The style of the house is likely due to Allemong’s Germantown roots since that style of architecture was popular in that area. The only information known about Allemong comes from will and deed records. His 1833 will stated that the estate should be sold upon his death and $4,000 be placed in an account with interest paid to his wide annually for her support. She was also supposed to receive a bed, bedstead, and bedding. Because the account would not general very much interest at first, the will requested that his executor pay his wife $240 a year. Allemong’s will was unique in that he named his eight slaves and granted them $200 to move to Liberia.