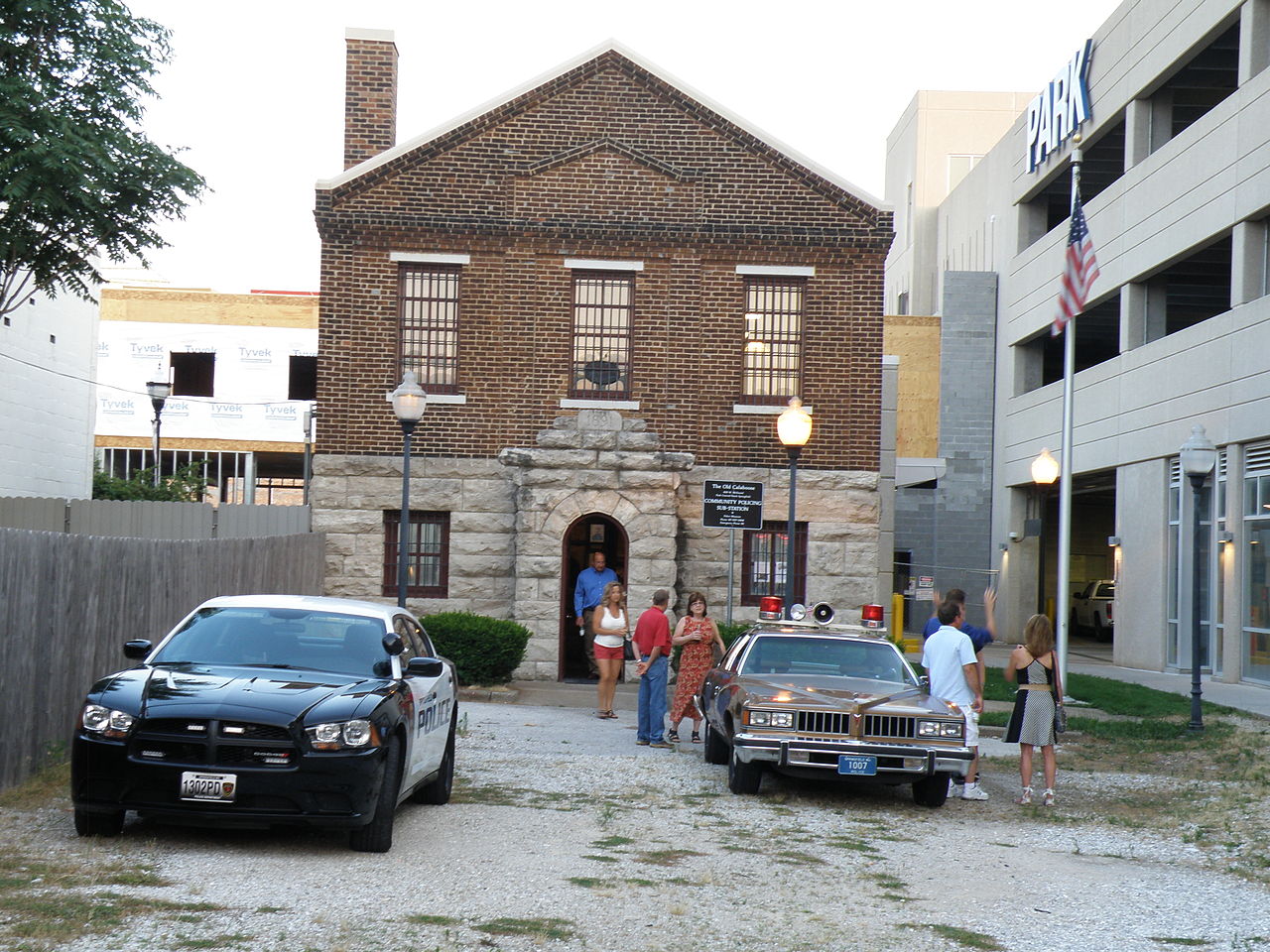 Constructed in 1891, the Calaboose Museum is a historic jail and the oldest city-owned building in Springfield. Its architecture is a combination of Palladian and Greek Revival styles. The building is a police substation but the first floor is a museum and open to the public in the summer through early fall on Fridays in the evening. The old jail was added to the National Register of Historic Places in 1980. 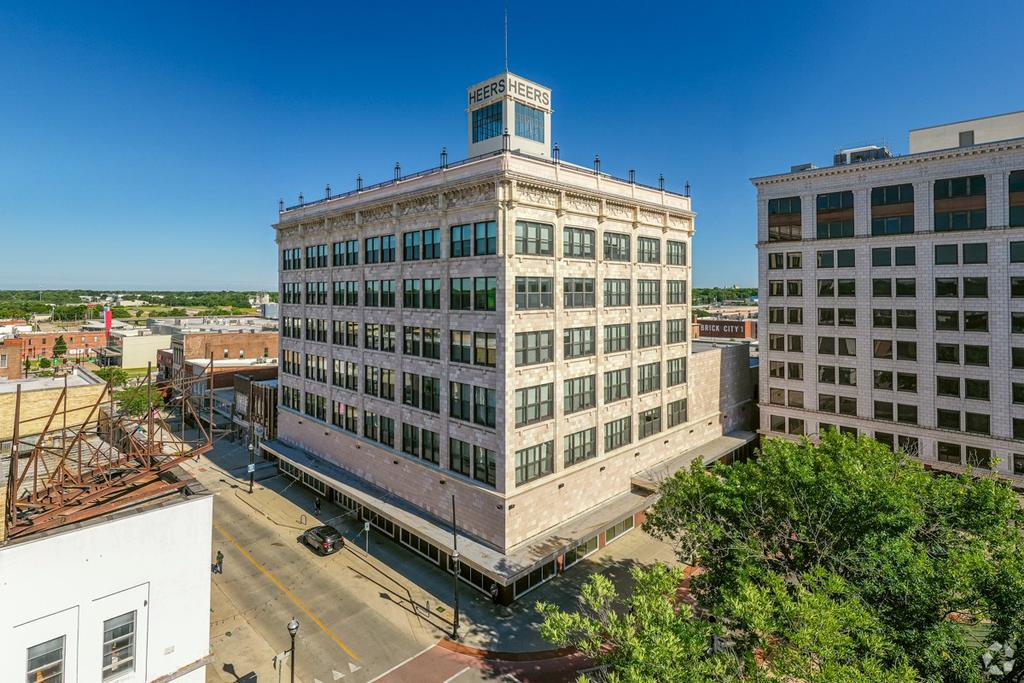 Heer's Department Store opened in 1915 at a time when Springfield was becoming the commercial hub of southwest Missouri. The city, which is located on the Springfield Plateau of the Ozarks, enjoyed steady growth from the Civil War through the 1920s. At the start of the war, fewer than 1,500 people resided in Springfield but by the time this store opened, the population neared 40,000. In 1910, the Springfield Jobbers' and Manufacturers' Association organized to promote and build the city's commercial and industrial interests. Amidst that commercial growth, Heer's went on to serve as one of the region's most successful department stores in the region, operating in Springfield's Public Square for eighty years. The historic building not only served the community as a store, but had an observation deck, garden, tea room, and a theatre with free admission. 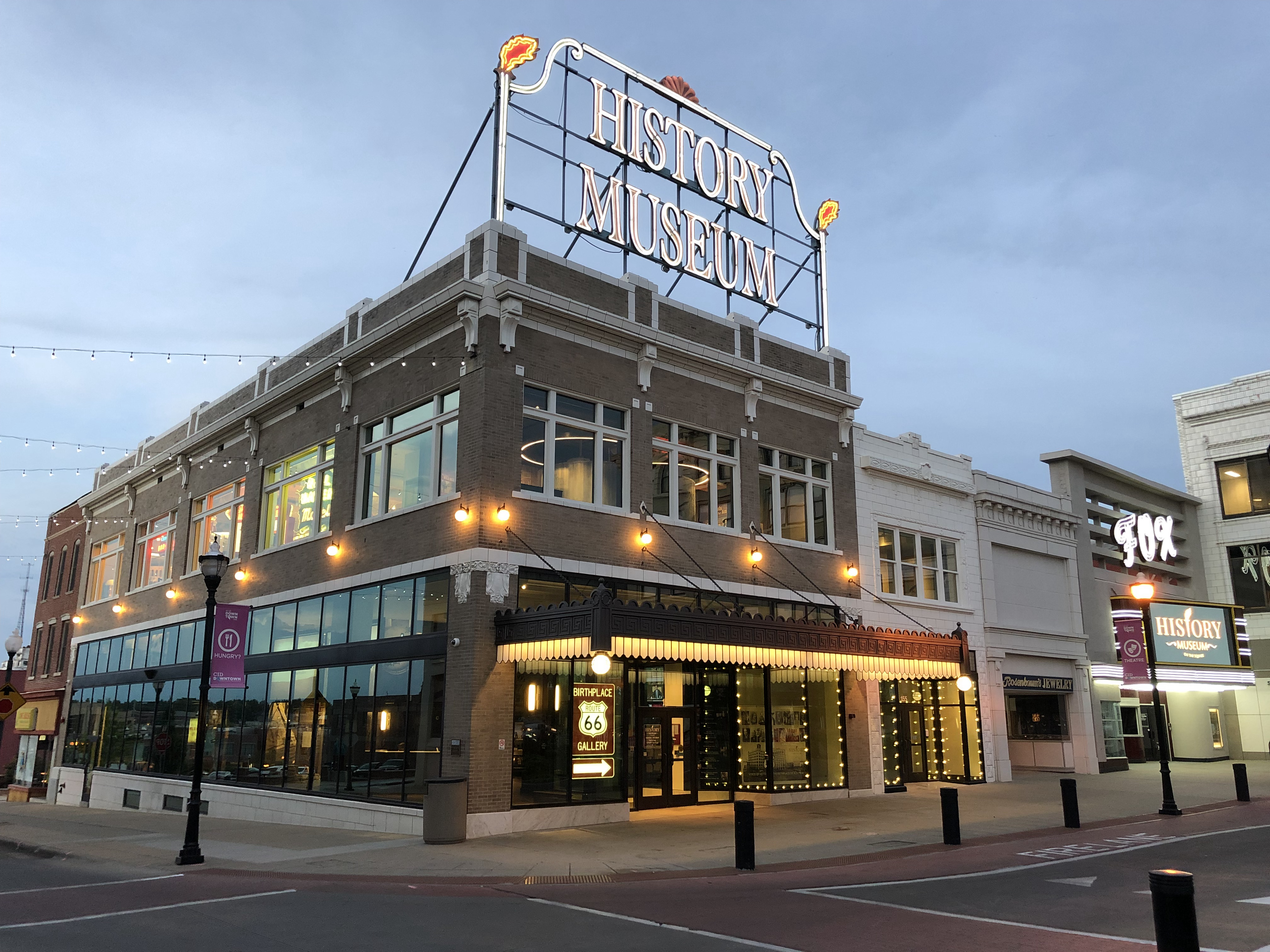 3. History Museum on the Square

The History Museum on the Square is dedicated to preserving and promoting the history of Springfield and Greene County. This regional history museum is an expanded educational destination for Springfield and its visitors. Located on historic Park Central Square and the original Route 66 in Springfield, the buildings housing the museum have been restored to preserve and share the rich history of the city. The History Museum was voted USA Today's Best New Attraction 2019!

4. Lynching of Horace B. Duncan, Fred Coker and William Allen

Dedicated in 2019 with the support of the Equal Justice Initiative, this historical marker commemorates one of the most tragic incidents in Springfield's history. On the night of April 14, 1906, a white mob lynched three African American men, Horace B. Duncan, Fred Coker, and William Allen, from a light tower that once stood here in Park Central Square. Coker and Duncan were falsely accused of assaulting a white woman the night before and were arrested and taken to the county jail. Allen was already there on an unrelated charge. The mob broke into the jail, seized Coker and Duncan, and hung them from the tower. Apparently unsatisfied, the mob returned to the jail in the early morning hours and brought Allen to the square and hung him. All three bodies were burned. Local law enforcement did little to stop the mob during the night. Although 18 men were indicted for the murders and one was tried, none were convicted. A significant portion of the African American population left Springfield after the lynchings. 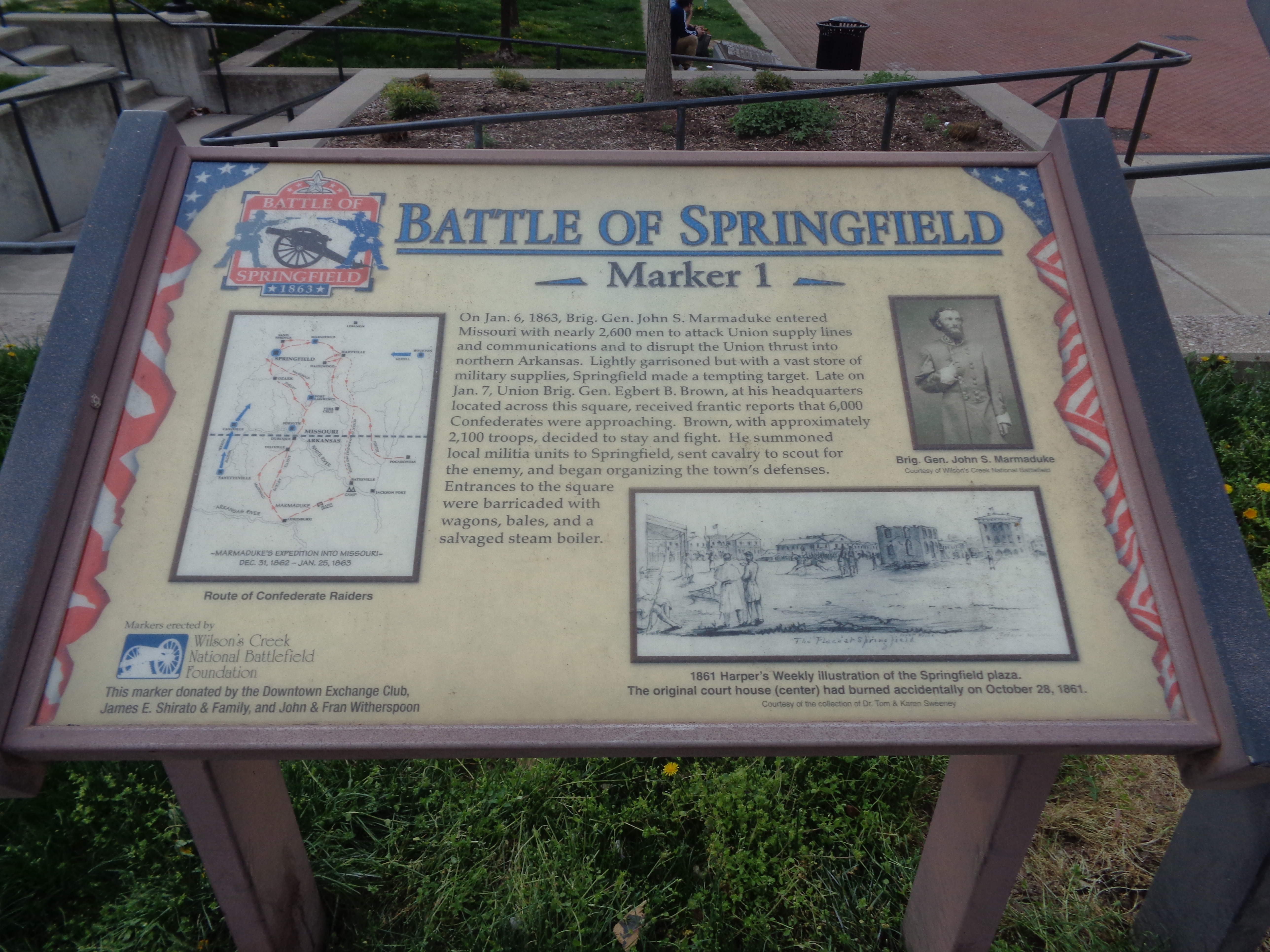 5. Battle of Springfield Historical Marker No. 1

This historical marker is the first of series of twelve in the downtown area that describe various points in the Battle of Springfield, which took place on January 8, 1863. Also known as the Second Battle of Springfield (the First Battle of Springfield occurred on October 25, 1861), it was unique in the Civil War in that it involved house-to-house fighting. Springfield, which was an important Union supply depot during the war, was defended by a force of around 2,100 men commanded by General Egbert B. Brown. The force was comprised of around 1,300 troops as well as armed civilians, convalescing troops, and state militiamen. The Confederate force of around 1,800 to 2,100 troops and calvary was led by Brigadier General John S. Marmaduke. The Confederates failed to recapture Springfield and the city remained under Union control for the rest of the war. Next to the marker is another one that provides an overview of the battle and its aftermath.

6. Holland Building, Holland Family, and the Battle of Springfield

The typical narrative attached to the Holland Building is that Louise Holland Jarrett erected the building in honor of her exceptionally wealthy father and banker, Telmachus Blondville Holland. However, there is much more to the story. T.B. Holland's father (Louise's grandfather), Colley Blondville Holland, started the family-run bank in 1875 along with his two sons, the aforementioned Telmachus and W. C. Holland. Colley, though, was more than just a banker. Colley Holland also went by Brigadier Gen. Colley B. Holland, and he commanded the Missouri Militia during the Civil War. In 1863, Coley Holland played an integral role in defending Springfield, MO., against Confederate Gen. John Marmaduke in 1863; the historic battle lives in infamy as "The Battle of Springfield." It wasn't until after the Civil War that Colley established the bank with his sons, the success of which made Telmachus rich, allowing him to pass his fortune down to Louise, who in turn built the building in Telmachus' honor. 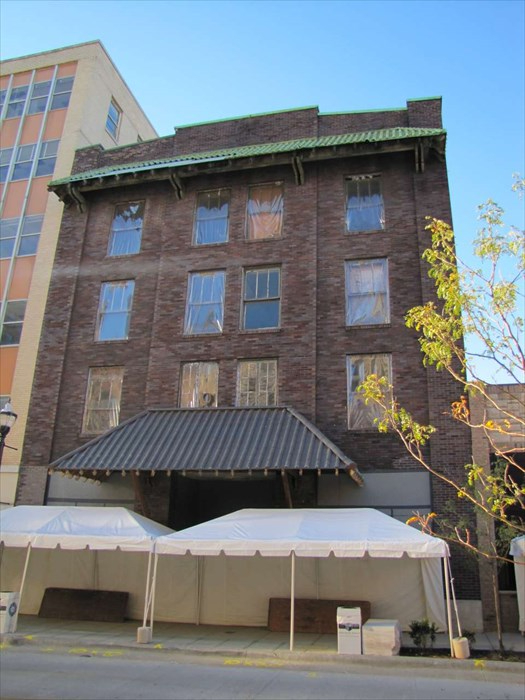 The Hotel Sansone opened in 1911 near the public square in Springfield, Missouri, when the city matured into the commercial hub of southwest Missouri and much of the Ozarks. John T. Woodruff, who had a knack for urban development and promotion, built the hotel because he understood the vital role a hotel played in a city's commercial expansion; Woodruff also proved crucial in routing the infamous Route 66 through Springfield. 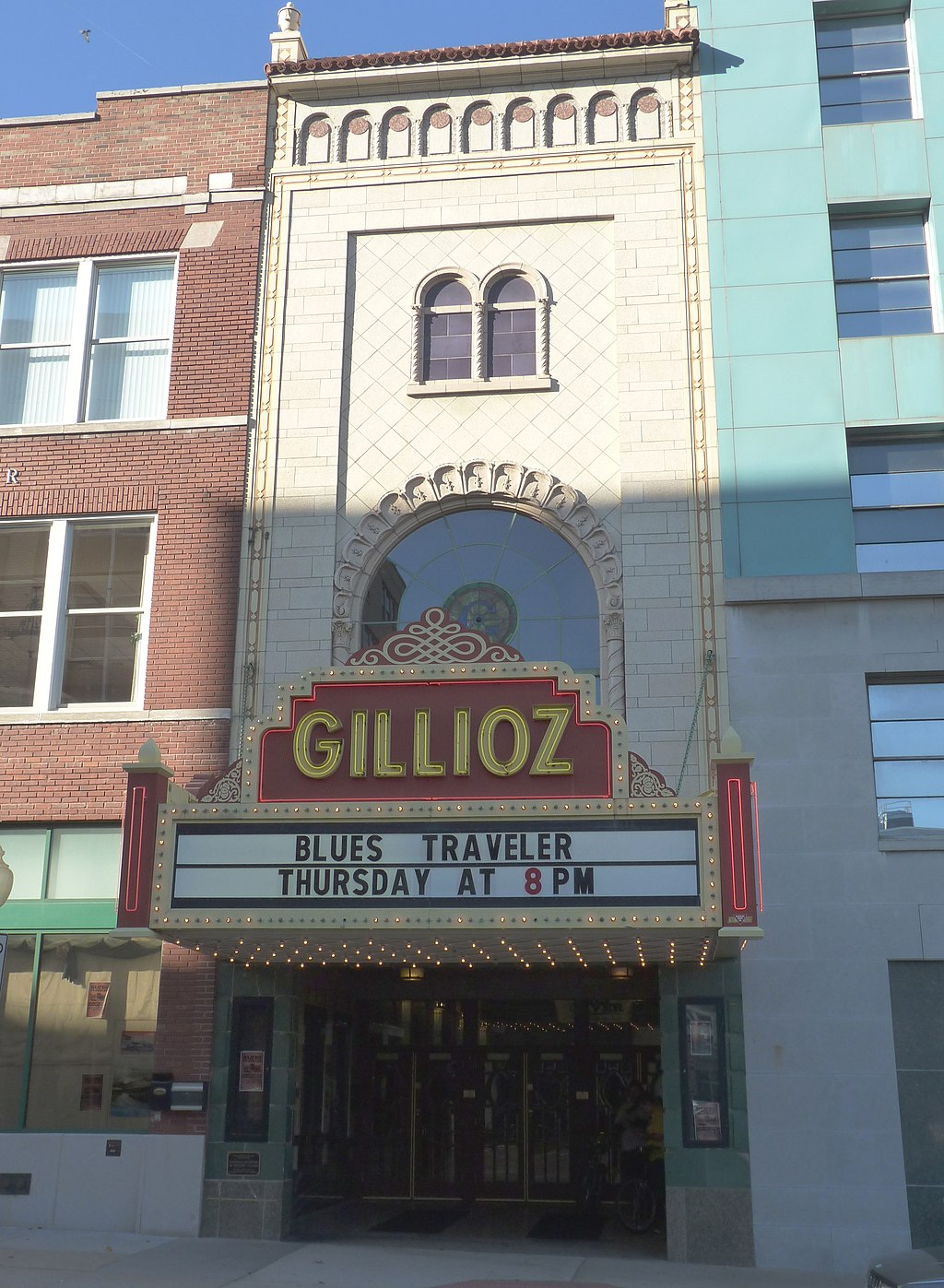 The historic Gillioz Theatre was built in 1926 and is considered the "largest and grandest" movie palace in Springfield. It was built in an "L" shape which is why the front facade appears narrow. The auditorium, which has 1,015 seats, is located in the back. The Gillioz is a fine example of Spanish/Mission Revival architecture. It features a decorative terra cotta exterior, with tiles placed in diamond and rectangular patterns, banding with raised diamond tiles, a set of arches along the roofline, a pair of arched windows with corkscrew columns, and a large arched window with a circular stained glass in the center. Two urns are located at the corners on the roof. The theater, which is also known as the Gillioz Center for Arts &amp; Entertainment, was added to the National Register of Historic Places in 1991. 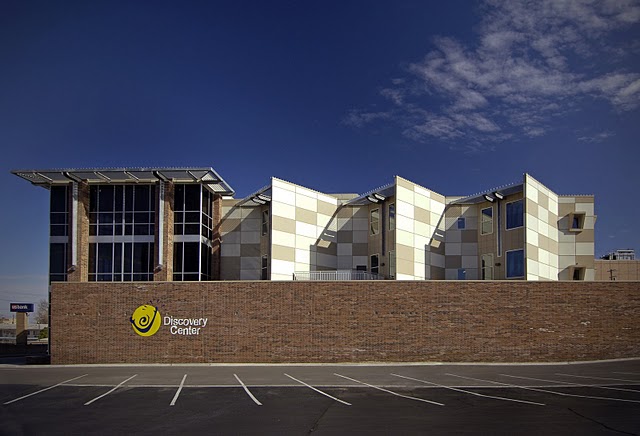 Discovery Center Springfield is a museum geared for children where they can learn about science, math, technology, health, culture, and art. Opened in 1998, the museums features numerous hands-on exhibits and activities, giving them the opportunity to learn in an engaging way. The museum also offers a variety of educational programming such as outreach programs, parent/child workshops, and distance learning, where staff members go to schools to teach kids about a specific topic. The museum is the only one of its kind in the region. 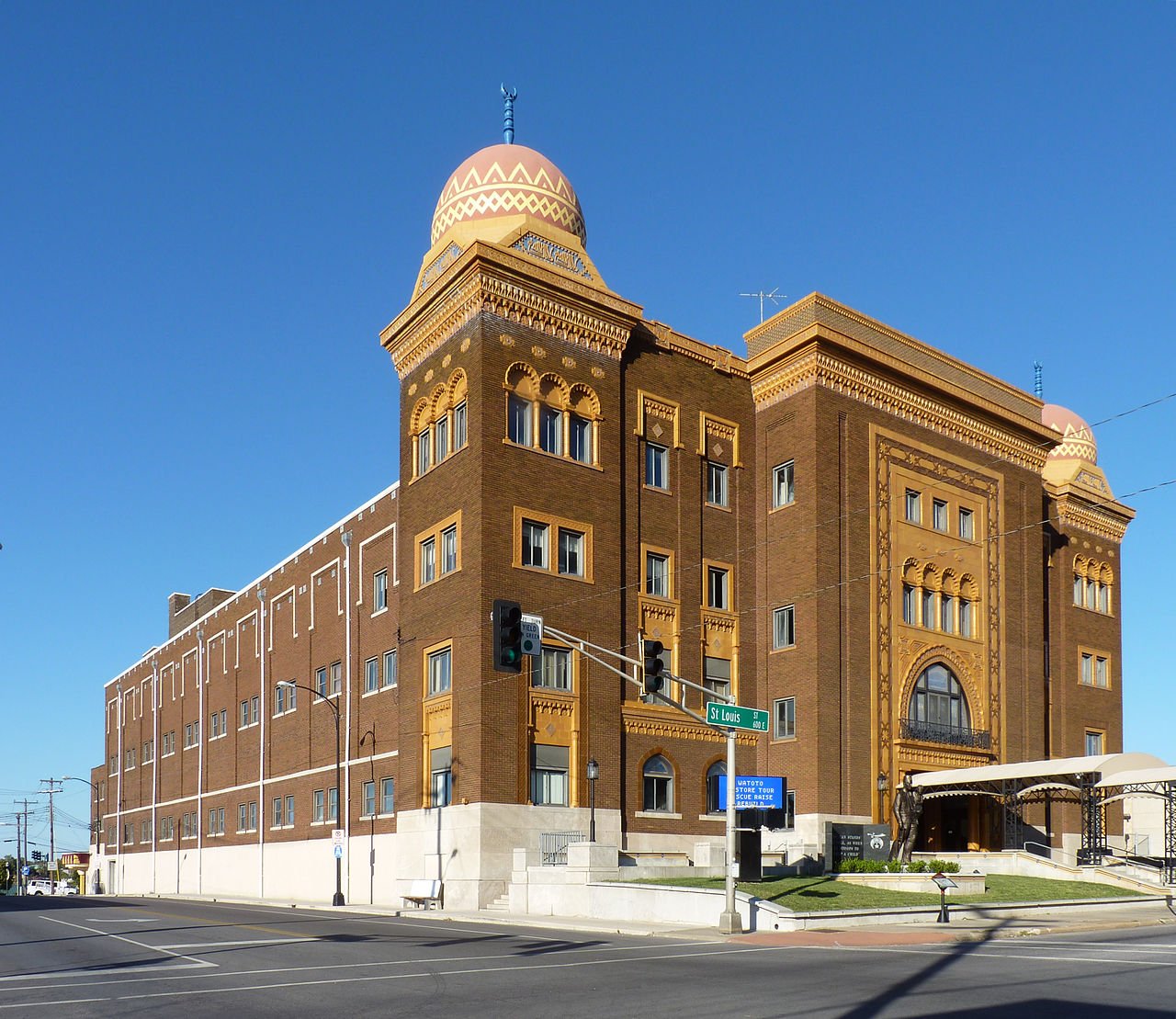 This building is one of Springfield's more unique landmarks. Built in 1923, it is not an Islamic mosque, but the home of the city's branch of the Shriners, a fraternal philanthropic society founded in 1872 in New York City. Named after a Sufi saint (Sufism is a branch of Islam), the Abou Ben Adhem Shrine Mosque has been southwest Missouri's main civic and cultural center ever since it was built. It was designed in the Moorish Revival style, which gives it its unique appearance. The upper level features a large auditorium that can seat over 4,000 people. The first floor features a room that can seat 1,300 and a museum. The building is used today for a variety of events such as concerts.

This short walk around Springfield's Park Central Square and central street includes stops at three museums, a mosque, several historic buildings, and a few historical markers that share some of the most significant events that have occurred in this community's history.