The Clark-Taylor house is one of the oldest in the city of Provo. It was built within the first six years of the initial settlement of Provo, although the exact date of the home’s construction is unknown. It was the home of Edward Clark, and English immigrant who became bishop of the Provo Third Ward, and later of John H. Carter, who added a second story in 1863. In the early 1900s, T.N. Taylor, a prominent Provo businessman, purchased the home. The home is listed on the National Register of Historic Places 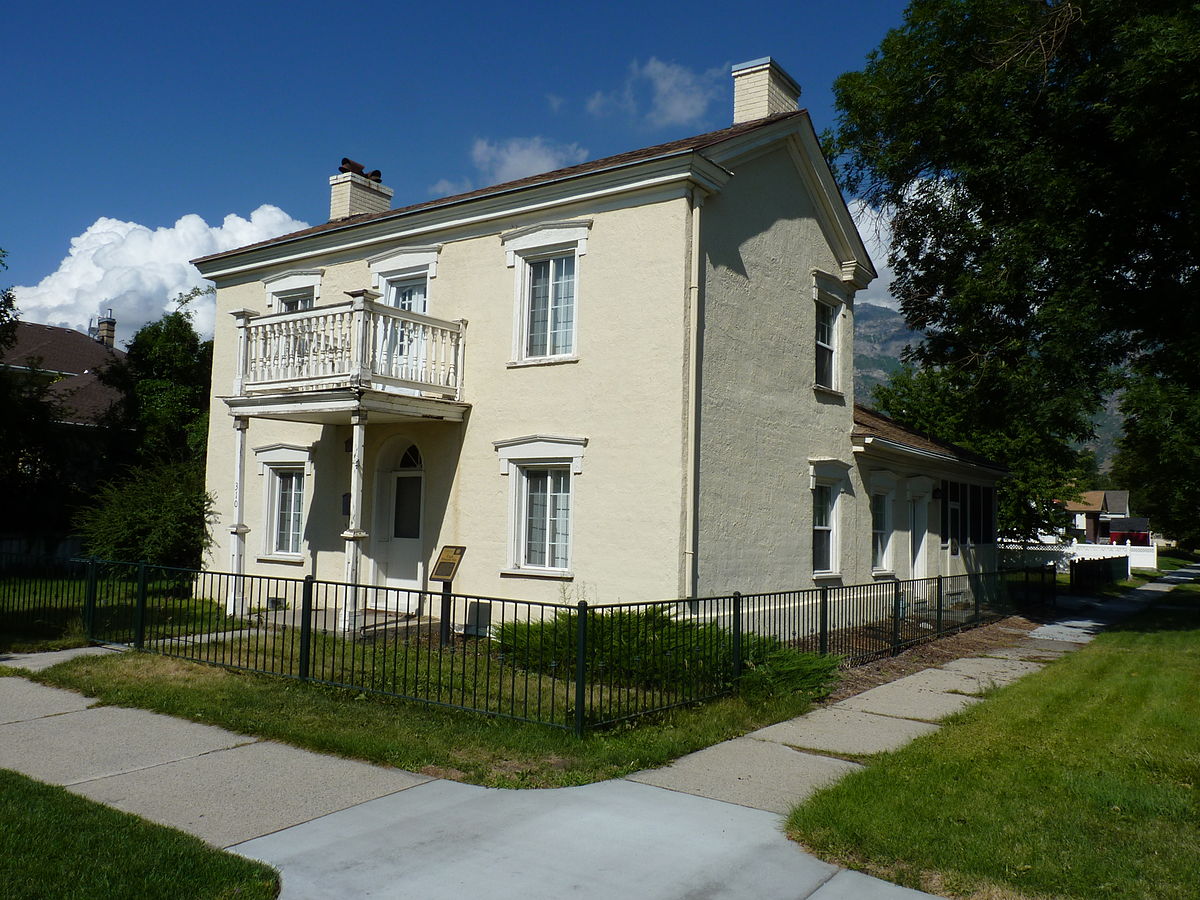 The exact date of the construction of the Clark-Taylor House is unknown, but the property is mentioned in a consecration deed by Edward W. Clark in 1855. Any home standing at that point would necessarily have been among the oldest in the city, and was likely built within in the first few years after Provo’s initial settlement. The home is also among the best-preserved of the city’s pioneer structures.

The home belonged to Edward Clark, an English immigrant who arrived in Provo in 1852. Clark served as the bishop of the Provo Third Ward. The second owner of the home was John H. Carter, who was a blacksmith and a leader in the LDS Church. Carter added a second story to the house in 1863. The home changed hands again before it was purchased by Thomas N. Taylor in 1898.

Taylor was one of the leading businessmen of Provo at the turn of the century. His success came largely from a furniture business that his father, George Taylor, began in 1866. The Taylor Brothers furniture business was among the city’s first department stores. Taylor was also involved in banking and had several other business interests.

In 1915, Taylor gave the home to his son, T. Sterling, as a wedding gift. The home was added to the National Register of Historic Places in 1975.