Located in a historic 18th-century structure, the Museum of Historic Annapolis offers a variety of exhibits near the waterfront at Annapolis Harbor. After a fire broke out in 1790, destroying many of the waterfront buildings, German immigrant Frederick Grammar built a new brick building at this location. Originally constructed as a commercial property and later known as the Sign o' the Whale Building, this brick structure became a private residence during the nineteenth century. In the 1950s, the condition of the againg building had deteriorated, and the City of Annapolis ordered the property to be demolished. In response, preservationists from Historic Annapolis spread awareness of the building's historic value and raised funds that allowed them to purchase the property and finance its restoration for adaptive reuse. The property housed the Sports & Specialities Shop in the 1960s, followed by the Sign o' the Whale gift shop in the 1970s. The preservation of the property helped to initiate the restoration of the entire Annapolis waterfront area. In the early 2000s, the building was again repurposed and became the site of a local history museum operated by Historic Annapolis. The museum features a permanent exhibit titled, "Annapolis: An American Story."

The property at 99 Main Street during the 1960s, when it housed the Sports & Specialties Shop 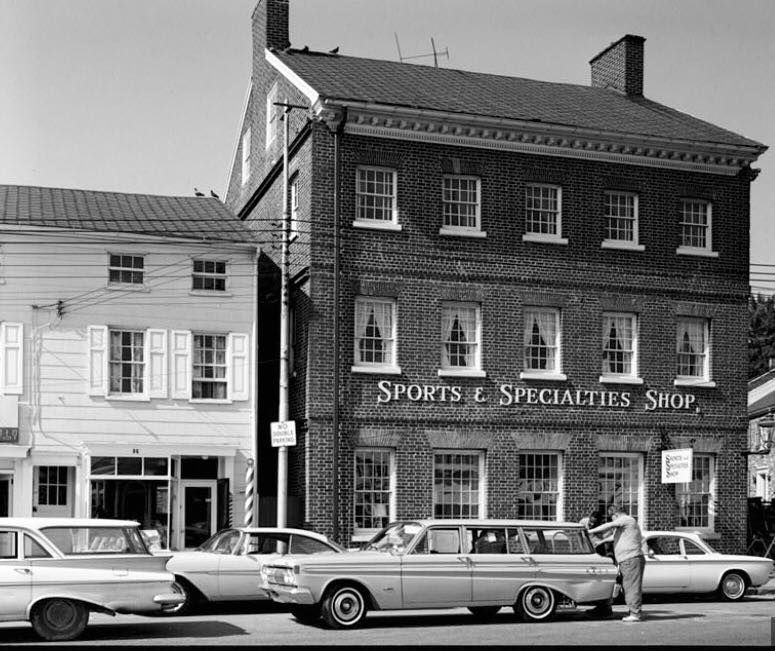 99 Main Street, when it housed a luncheonette in the ground level 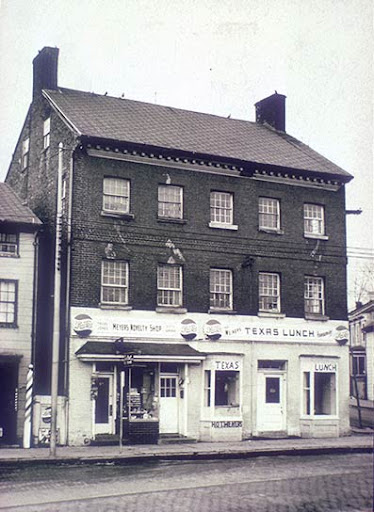 99 Main Street, during the early 2000s, shortly after becoming the home of the Museum of Historic Annapolis 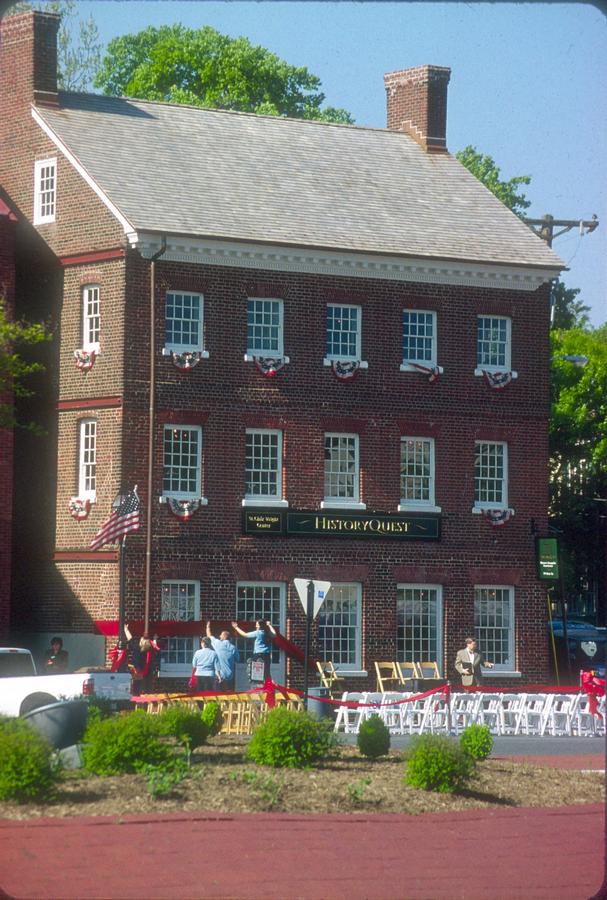 99 Main Street, now home to the Museum of Historic Annapolis 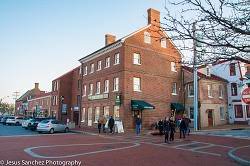 This brick building was constructed in 1790 by a German immigrant, Frederick Grammar, following the fire that destroyed much of the commercial waterfront area. Another immigrant, Lewis Neth, moved his shop into this building and in 1798, a small brick kitchen was built behind the shop. In the nineteenth century, a portion of the property was converted from commercial to residential use. The building was subsequently purchased by a Lithuanian immigrant named Moses Rolnick in 1908, and then by Russian immigrants Louis and Pauline Bloom.

During the 1950s, the City of Annapolis ordered the demolition of the property after a structural wall collapsed. In response, a group of preservationists incorporated as the organization Historic Annapolis, which worked to preserve and finance the adaptive reuse of this property. Their efforts helped to jump-start the preservation of other buildings along the waterfront area. Thereafter, the building housed various commercial tenants, such as the Sports & Specialties Shop in the 1960s, and the Sign o' the Whale Gift Shop in the 1970s.

By the twenty-first century, the property was again ready for another upgrade. While preserving the historic brick exterior, the organization Historic Annapolis transformed the property into the site of a new education center and museum where people could learn about the history of the city, including its busy commercial and industrial waterfront area. The Museum of Historic Annapolis includes a permanent exhibit called "Annapolis: An American Story," as well as hosting temporary exhibits and events that are open to the visiting public throughout the year.