The Maynard-Burgess House is a historical site that stands as a symbol of African-American heritage. It also stands as a testament to the pride and the resilience of its occupants, an African-American family that lived free long before the Civil War. The home is believed to have been built in the early part of the 19th century and was home to several generations of two black families until 1990. The home fell into disrepair and is currently the property of the city of Annapolis which has appointed a team of historic preservationists to restore the home and save this landmark location from utter dilapidation. The hope is that once restorations are complete, the home will serve as a museum, one that contributes immensely to the understanding of the history and architecture of the city of Annapolis.

A View of the House Before Renovations 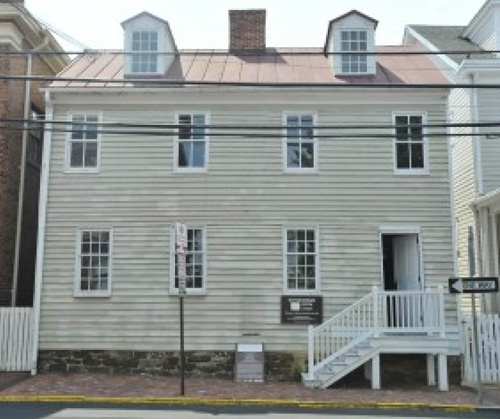 A Section From one of the Archeological Reports 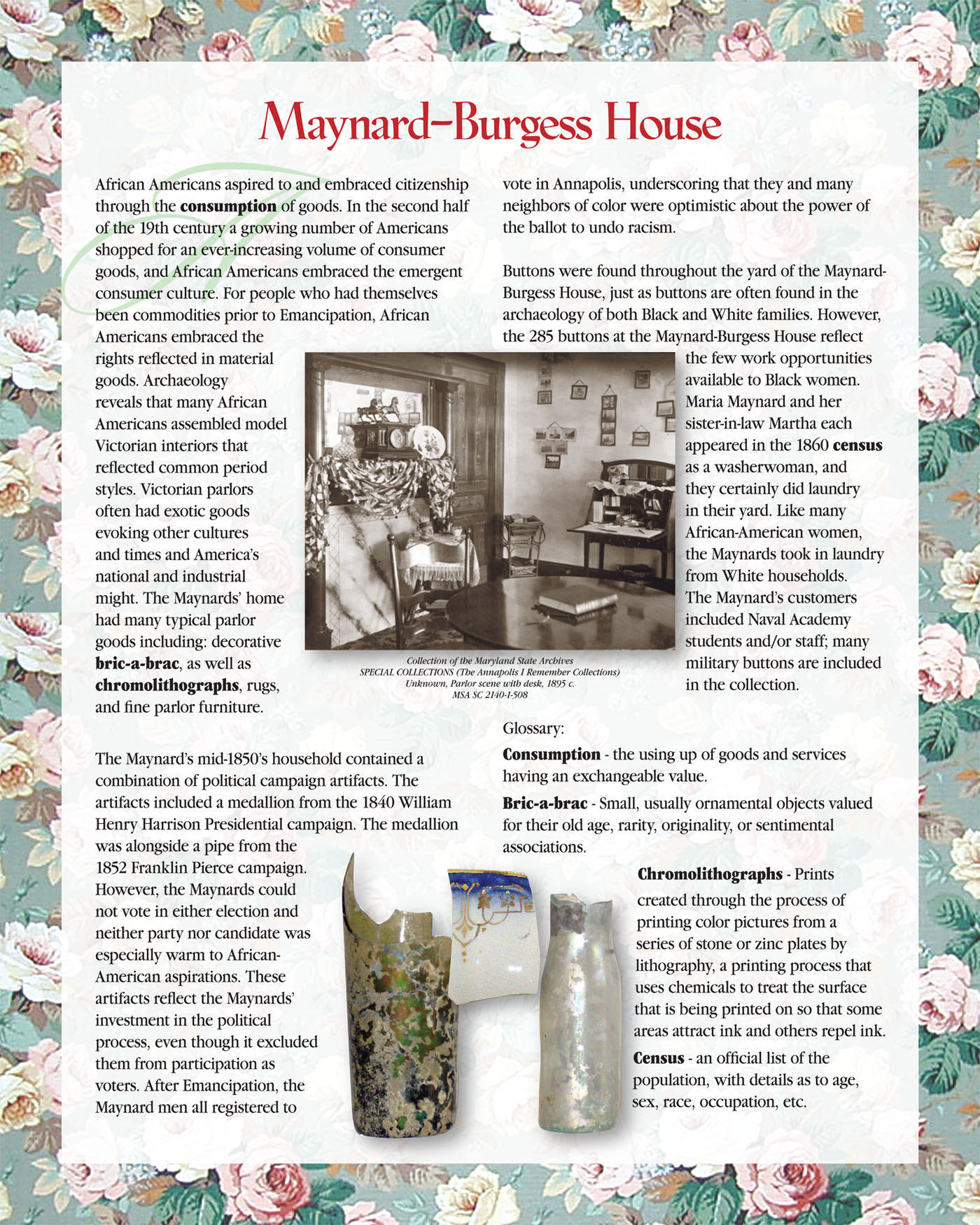 The Maynard-Burgess House is particularly remarkable in that it offers insight into the lives of African-Americans in the years preceding and following the Civil War. The story of its first occupants is even more remarkable. The house was purchased by a free-born African American named John Maynard. He worked as a waiter for a living and purchased the land for $400. He bought his wife and other relatives out of slavery and ran a boarding house of sorts until 1915 when one of his African-American tenants, Willis Burgess purchased it at auction. The house, as noted in the opening paragraph, remained in the Burgess family until 1990. All together, that is 150 years of African-American history that preservationists and archaeologists are eager to preserve and study.

To date, a number of African-American artifacts have been uncovered during archaeological studies of the house. These include stoneware, tools and a number of other items which are all exhibited at the Mount Olive AME Church in Annapolis. They will be returned once the $300,000 renovation efforts are concluded by the city. The unique history contained within those walls is a point of interest for many as are the ways in which the Maynard family managed to survive and remain inconspicuous amid slavery and racism. Several findings are detailed in greater detail in books I have included below. They delve into the family’s surrounding and how they must have had to deal with artificially high prices imposed by white grocers. It also looks into the ways the family went about circumventing high prices and poor quality goods.

Despite its near-ruinous condition, the Maynard-Burgess House has survived as an important architectural and historical landmark. Though many of the significant portions of the house’s history have been unearthed by the dedicated individuals tasked with studying it, it is entirely likely that many of the complexities of its construction and its tenants have been lost to history. Still, it stands as a significant contributor to the Annapolis Historic District and is a home where an African-American family, against all odds, was able to thrive amidst slavery.