Now serving as the governor's mansion for the state of Kansas, Cedar Crest was built in 1929 as a private residence for Frank and Madge MacLennan. While Frank passed away four years after the completion of the home, Madge MacLennan continued to make Cedar Crest her home until her death in 1955. Mrs. MacLennan bequeathed the French Chateaux style house and twenty acres to the state for use as the governor's mansion. The rest of the farm property - over 200 acres - became MacLennan Park. In 1961, extensive remodeling of the home was complete and Cedar Crest became the home of Governor John Anderson and his family the following year. Cedar Crest on its surrounding twenty acres was listed in the state and national registers of historic places in 1982. 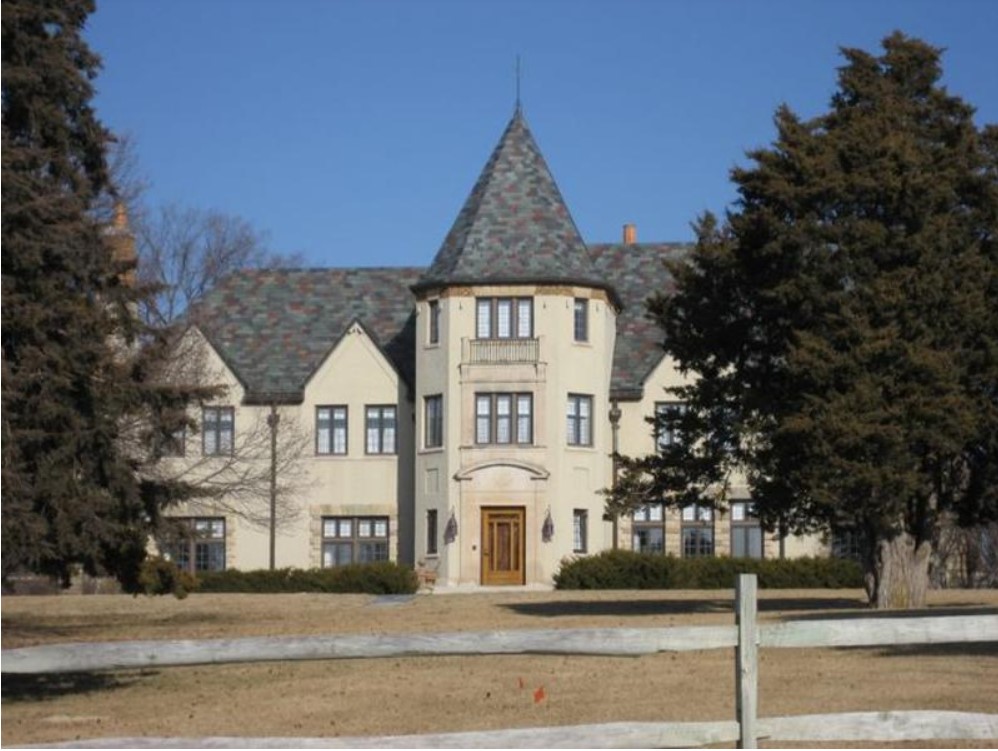 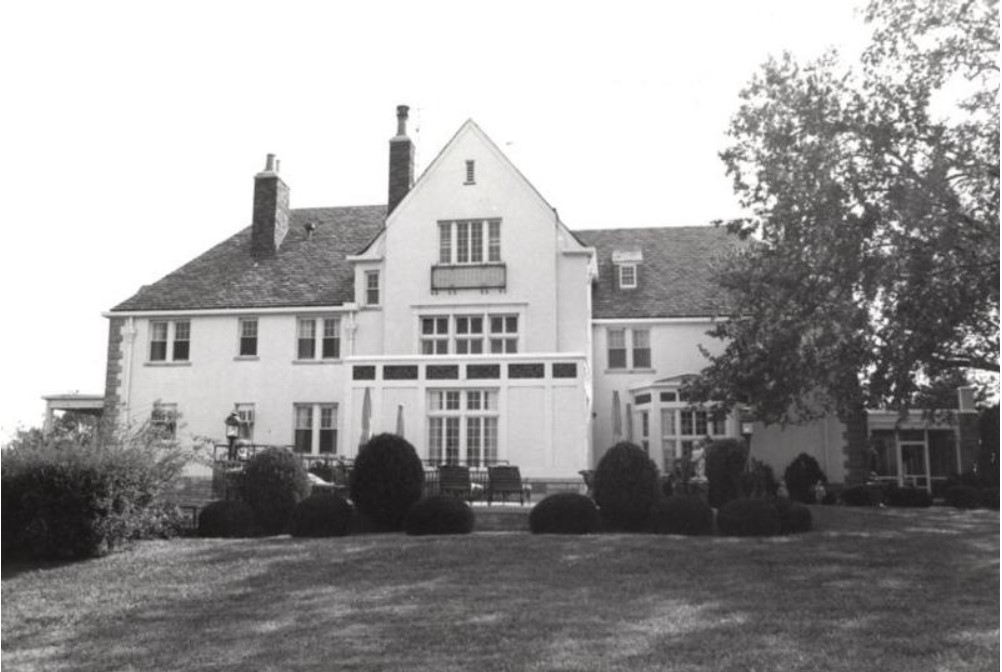 When Frank Pitts MacLennan had Cedar Crest built in 1929, the home was three miles from the city limits of Topeka. MacLennan was the editor of the Topeka State Journal newspaper after he bought the paper in 1885 at public auction. He married Magaret "Madge" Overstreet Wright in the 1920s following the death of his first wife (Anna Goddard MacLennan, 1860-1922) and the death of Madge's husband, Ledru R. Wright (1857-1921). MacLennan was a prominent person and counted among his friends Theodore Roosevelt and Warren G. Harding. The country home was a farm where sheep grazed in the pastures and Mr. MacLennan cultivated his growing collection of rare plants, shrubs, and trees. He had purchased the 244 acres from D. H. Forbes in 1928. MacLennan tore down Forbes' home, barn, and other outbuildings to make room for Cedar Crest. Frank was born in Ohio in 1855 and moved to Kansas in 1870; Madge was born in Texas in 1863 and married Frank in 1925. Frank had one child from his first marriage, Mary (Mrs. James A. Farrell), who lived in New York.

William D. Wight designed the chateaux in the style of French and English country houses. The house cost $60,000 to build. The three-story house has a full basement and was built with stone and brick which was stuccoed over in a buff color originally. A three-story polygonal tower in the center of the main facade faces south and contains the main entryway. A thistle, symbolizing Scotland, is found throughout the house - it is carved on the stone pediment above the main entrance and is on the gutter downspouts. The quoins, window surrounds, and basement are exposed stone. Frank MacLennan's study in the house featured the family crest and the crest of the fraternity Beta Theta Pi carved into the wood paneling; the thistle and printers' marks are carved into medallions on the room's wooden mantle. Leaded and hand-painted windows light the stairwell leading from the entrance hall to the second story. The library contains 1,500 books that belonged to the MacLennans.

There is a Friends of Cedar Crest Association whose members aid in the preservation, restoration, and enhancement of Cedar Crest. The mansion underwent millions of dollars of remodeling that was finished in 2000. The Kansas Historical Society offers tours of the mansion; a link to current information is below. The governor and their spouse usually host an annual Easter Egg Hunt at Cedar Crest on the Saturday before Palm Sunday for ages one to nine. Before the state agreed to accept the gift of Cedar Crest - there was some controversy over whether it would - the Governor's mansion was the Erasmus Bennett House at 8th and Buchanan. If the state had turned down the gift, the house would have been offered to the City of Topeka to become a library or museum. Plan C would have resulted in the house being sold and the proceeds divided between Washburn University and a local hospital/ nurse's training school. Cedar Crest is one of the smallest governor's mansions in the United States, but it is also located on the largest parcel of land.

Tours offered Tuesdays 1p to 3:30p with limited numbers due to pandemic. Closed on state holidays.