The Arch is the symbolic entrance to the University of Georgia. It separates the city of Athens from the campus of the university. The Arch is modeled after the Georgia State seal, which was adopted in 1799, and was erected in 1858. It’s three columnns stand for Wisdom, Justice, and Moderation.

The Arch as it looks today 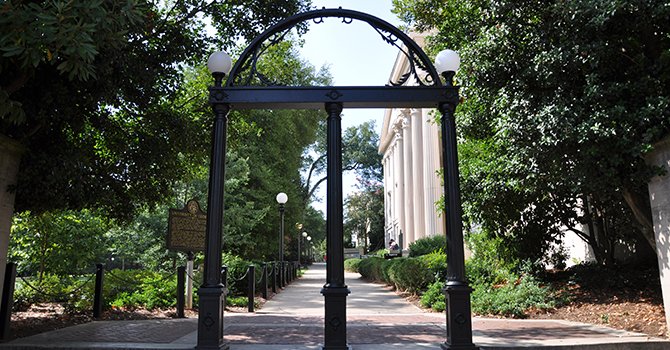 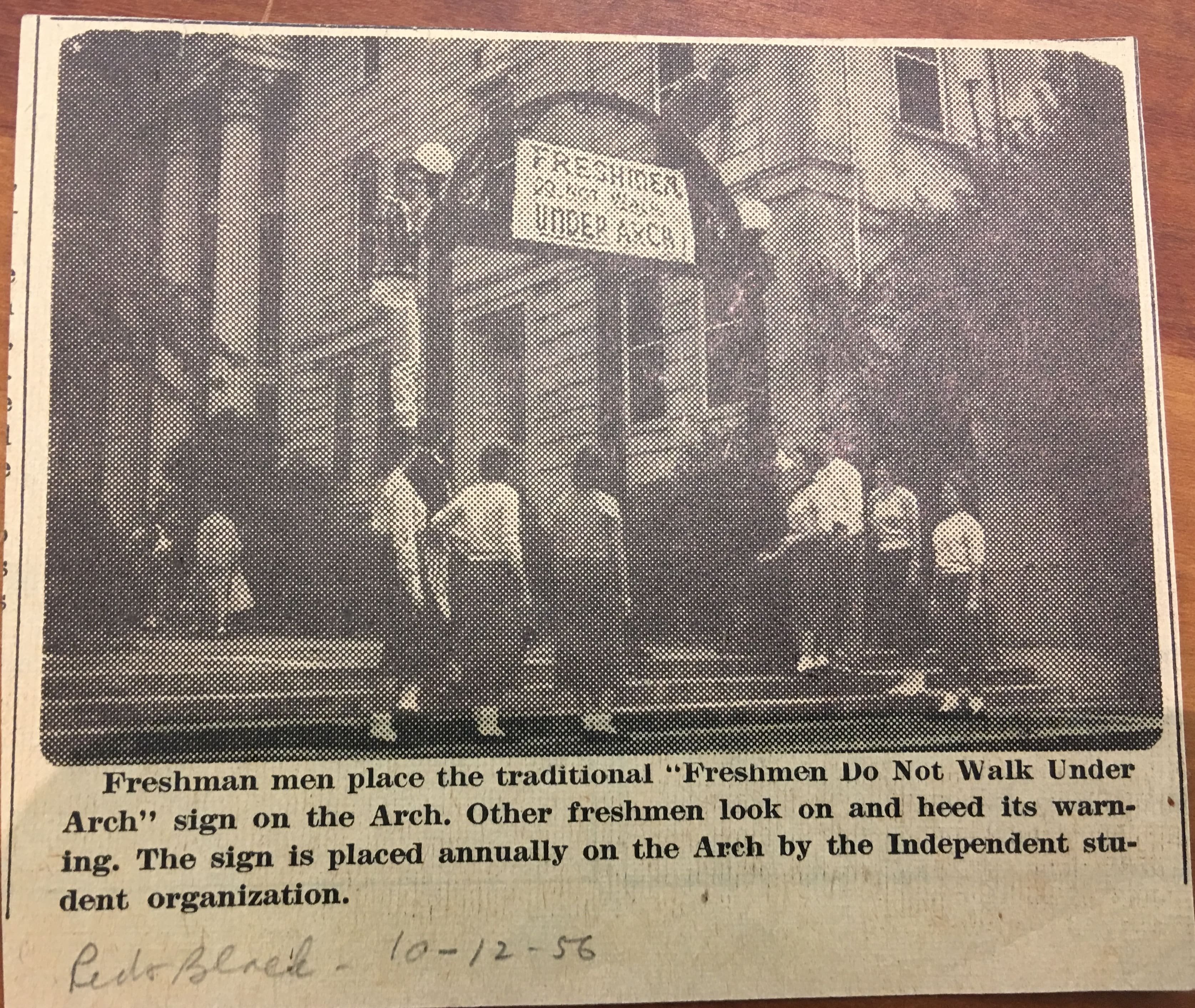 When the University of Georgia was chartered in 1785, the land selected for the University was an oak grove. By the time John Milledge and his committee bought this land in 1800, it stood as a barrier between the Native Americans and the White citizens of Georgia. A 36-acre college yard was laid out following this purchase.

A famous tradition surrounding the Arch originated in 1909.  When Daniel Redfearn first entered the campus as a freshman, he vowed not to walk under the Arch until he had his diploma in hand. A passing faculty member heard his vow and shared it with his class. This started the tradition of students walking around the Arch and not under it until they graduate that is still upheld today.

The Arch has also served as a place of political speech. In its history, there have been at least two instances of people being burned in effigy. In 1941, Governor Talmadge was burned in effigy by around 1,500 students when the University of Georgia was discredited due to political interference. Another instance occurred in late 1955. Governor Griffin, a segregationist, demanded that Georgia Tech refuse to participate in the Sugar Bowl due to their opponent, the Pittsburg Panthers, having an African-American player (Bobby Grier) on their team. Georgia Tech’s president and many Tech students protested Griffin’s demand. The students at the University of Georgia also protested. They had a banner that stated “For Once, We’re for Tech” and planned to burn Griffin in effigy. However, before they could set the effigy on fire, President Tate of the University of Georgia confiscated it. In addition, when political speech was banned from the campus in 1942, the city of Athens allowed students to build a platform six inches from campus directly in front of the Arch in order for Ellis Arnall, a candidate in the race for governor of Georgia, to give a speech. In more recent history, the Arch was a site where people placed items in remembrance and in mourning following the terrorist attacks on 9/11.  Many of these items are stored within the Special Collections Library on Hull Street.

Sellers, Beryl. "Arnall to Appear Here Thursday: Candidate to Speak at Arch on Study Body Program." The Red and BlackJuly 31, 1942.