Located in downtown Athens, the Athens-Clarke County City Hall building is easily identified by its iconic weather vane and clock tower, both of which underwent heavy renovation in 2006. Outside the building is a statue of the ‘Spirit of Athens’ named “Torchlighter,” who stands as a memento of both UGA’s involvement in the 1996 Olympics and as a representation of the city as a whole. Additionally, a dedication to Spanish-American War veterans lies outside City Hall, in remembrance of the Spanish American war veterans at the nineteenth convention to honor the ‘Camps and Auxiliaries of the Department of Georgia.’

A view of both the City Hall staircase and the iconic weather-vane and bell tower. 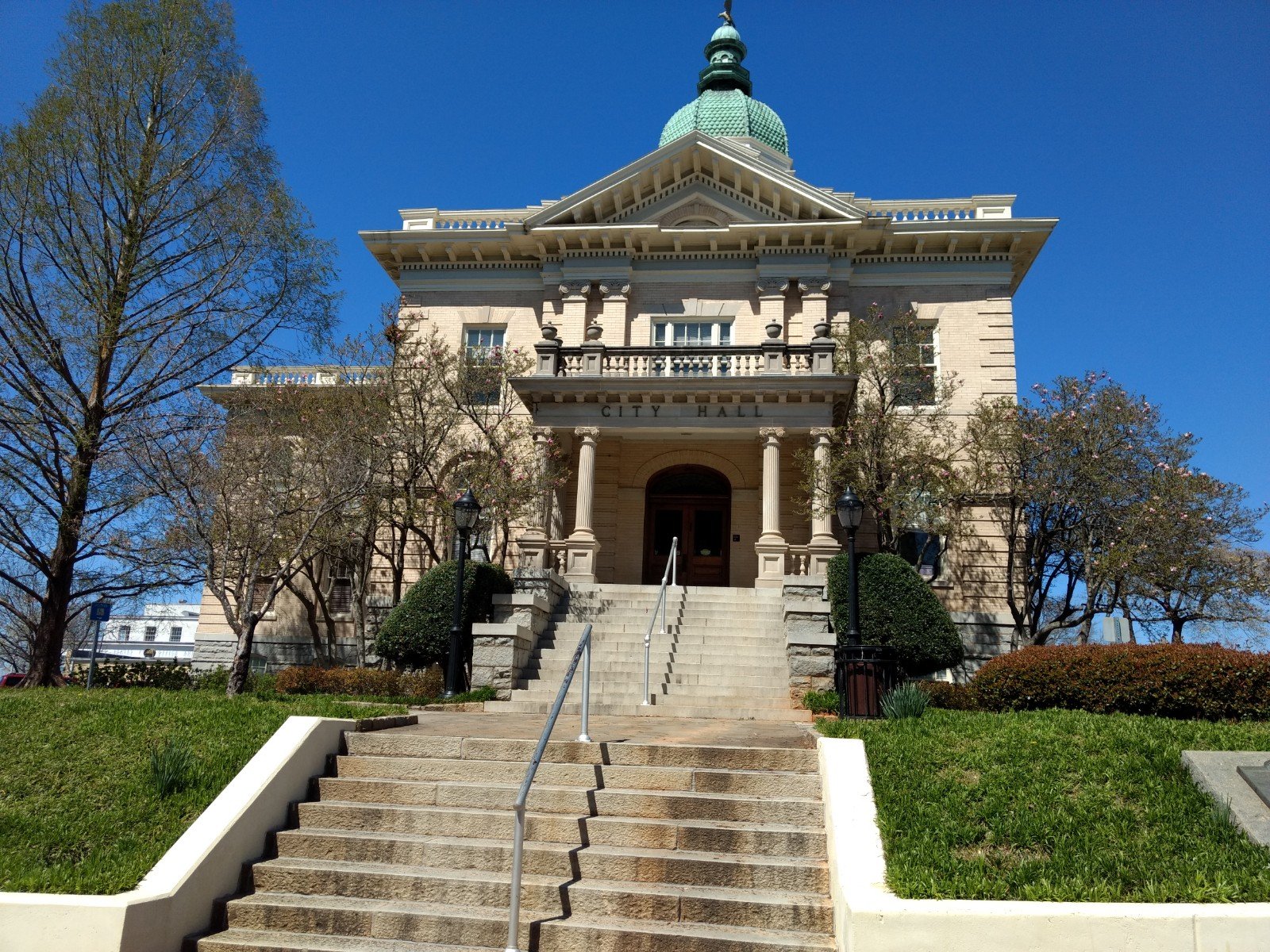 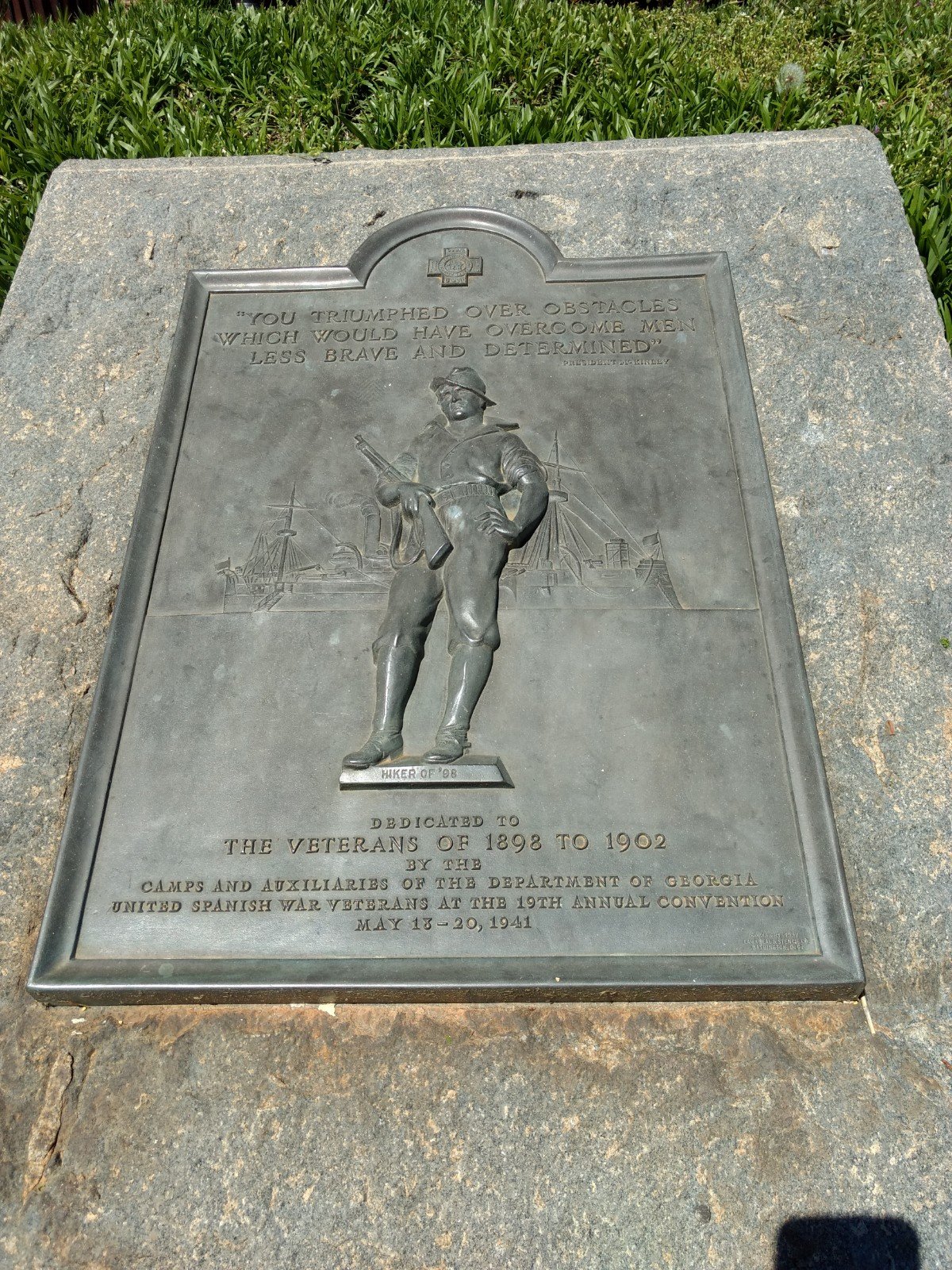 "Torchlighter" stands right outside of City Hall. The inscription on the base of the statue is from Ephesians 4:3, which reads, "Endeavouring to keep the unity of the Spirit in the bond of peace." The statue was donated by the Athens Rotary Club. 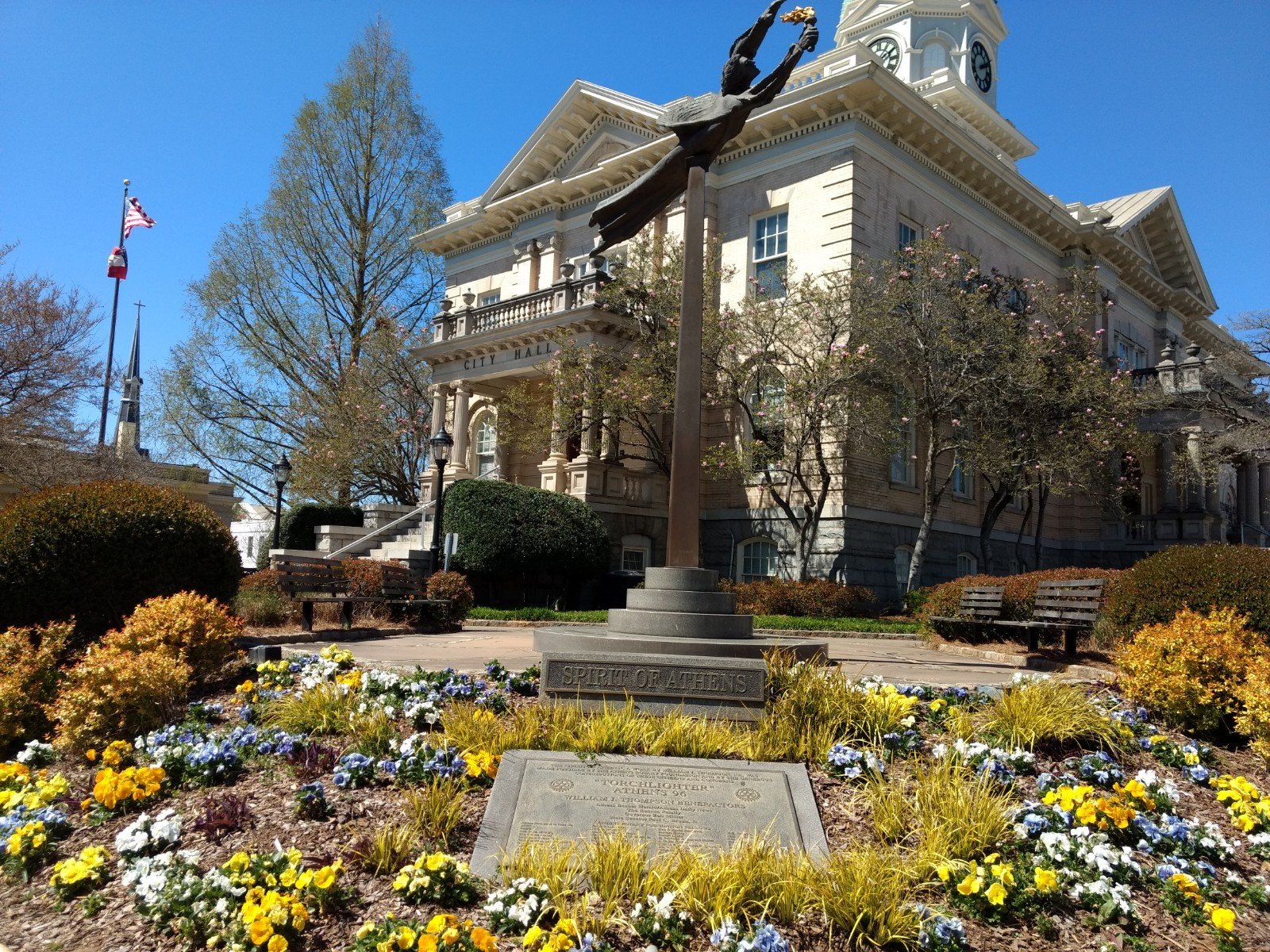 Sketch of the Original City Hall 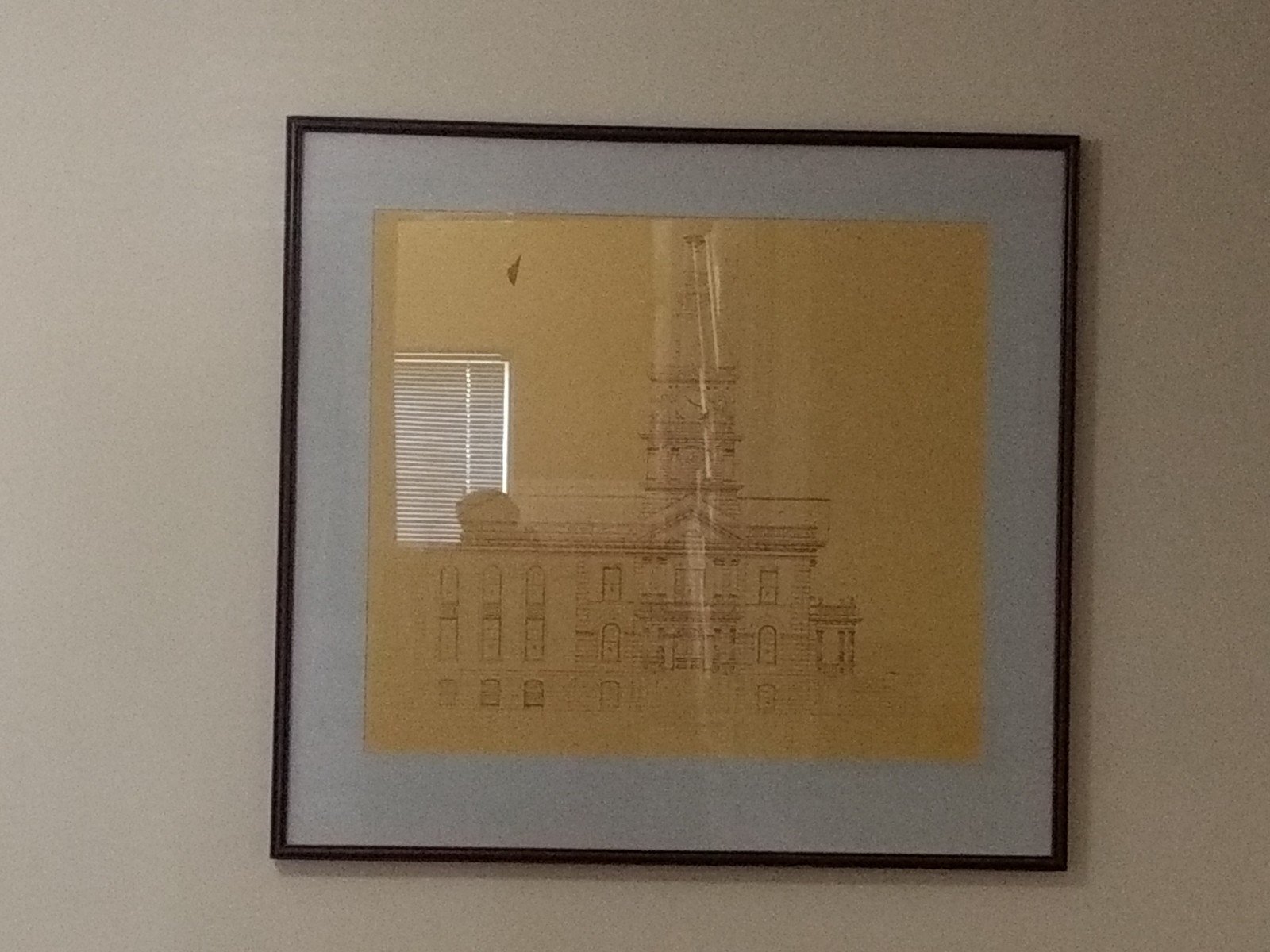 A plaque commemorating when construction on City Hall was completed 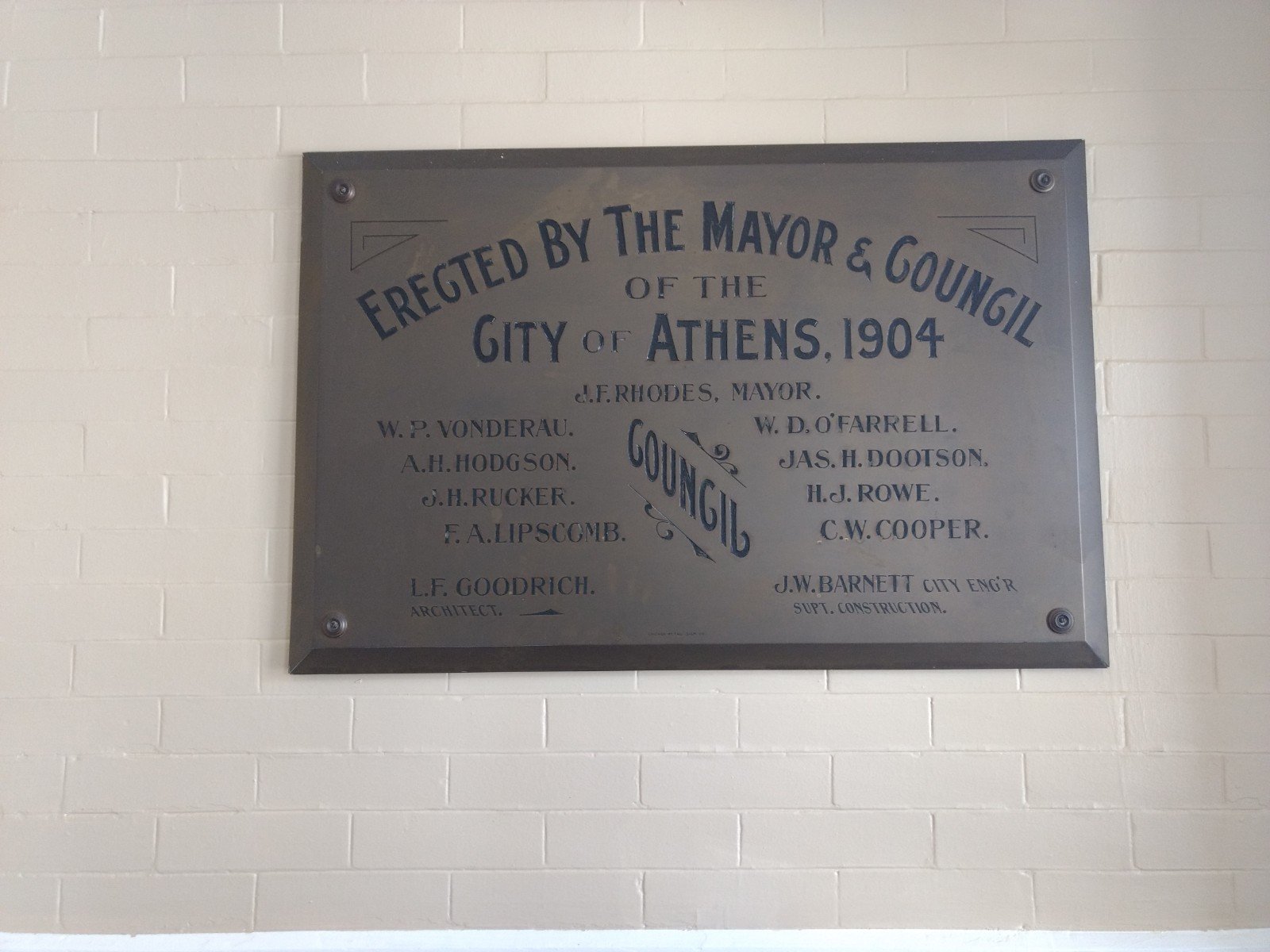 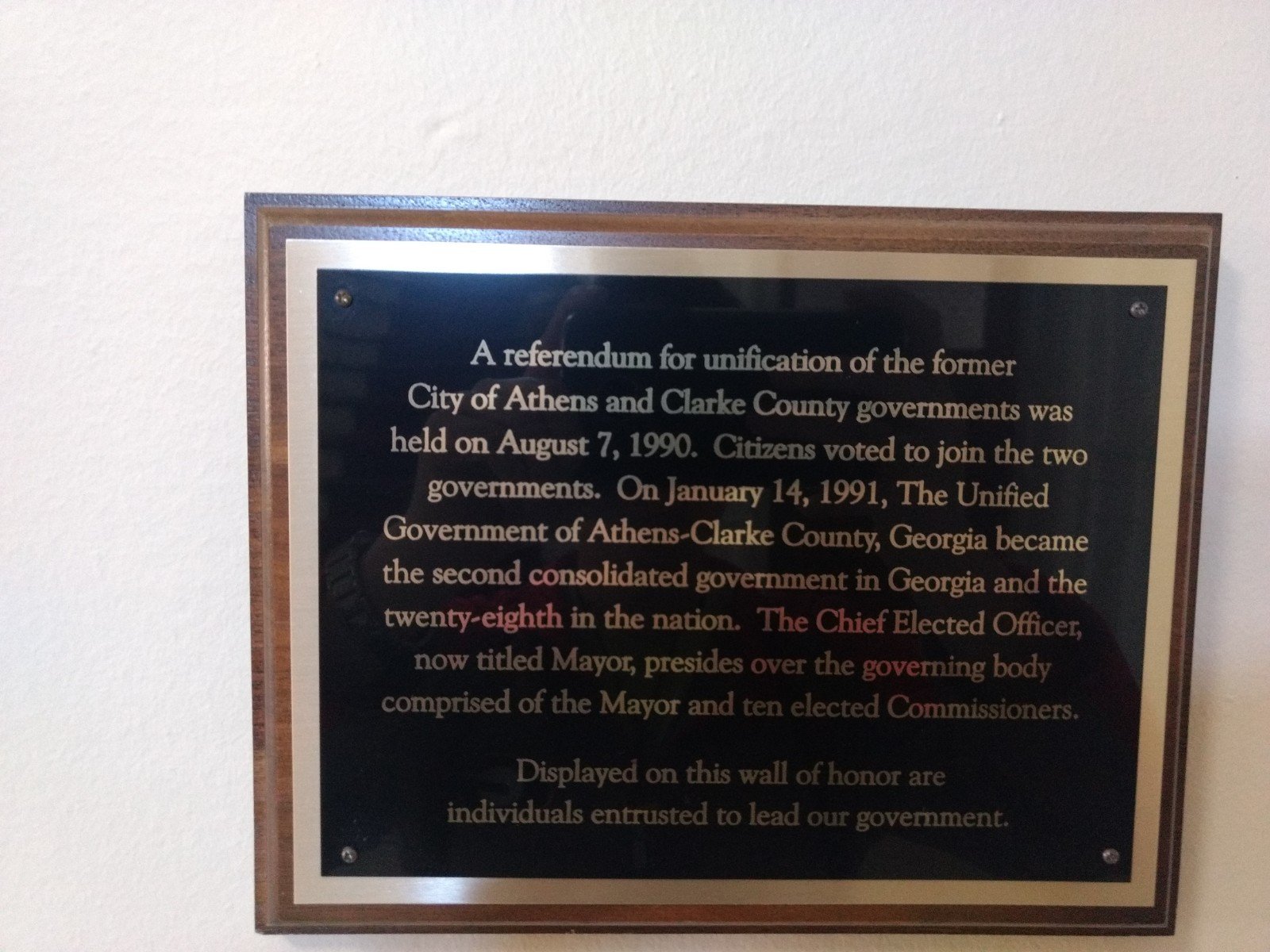 Originally a trading settlement by the name of Cedar Shoals, and positioned along the Oconee River, Athens was not the bustling urban landscape of contemporary times.It was not until January 25 of 1801 that the University of Georgia, chartered in 1785, obtained land for a school campus courtesy of Abraham Baldwin. It was not until 1806 that other municipal buildings were constructed, and the “town of Athens” became “officially incorporated” as a “form of government.”1 The city continued to grow, especially in the years following the American Civil War, which also provided for more improvements to urban infrastructure.2

Construction of City Hall began in 1903 when Captain J.W. Barnett “proposed to build it” with “$50,000 realized from the sale of city hall bonds” which the citizens authorized in a vote.3 In 1904, the city of Athens completed its construction on a new City Hall building which was, and still is, “situated on the highest elevation in Downtown Athens.”4 The new building held rooms for most of the elected public officials for the city of Athens, a council chamber, and public restrooms. Originally, the bell was also linked to the city fire alarm, and the eagle atop the bell tower was intended to be a weather vane. The clock, still functioning today, is now electrified though this was not the case before 1943 when the clock “operated with a counterweight system like an old grandfather type clock.”5

Since then, City Hall has continued to stand as a political symbol of the unity of Athens and Clarke County, and its central position in downtown Athens allows it to continue to serve as a political rallying point for the community.