The Delta Upsilon Fraternity House is a historic chapter house. The house was designed in the Tudor Revival style by architect Leonard Steube and constructed from 1926 to 1927. It represents the flourishing of the Greek Letter Society movement on the campus of the University of Illinois at Urbana-Champaign during the early twentieth century. Notable former residents include the actor George Chandler and chemist Arnold Beckman. 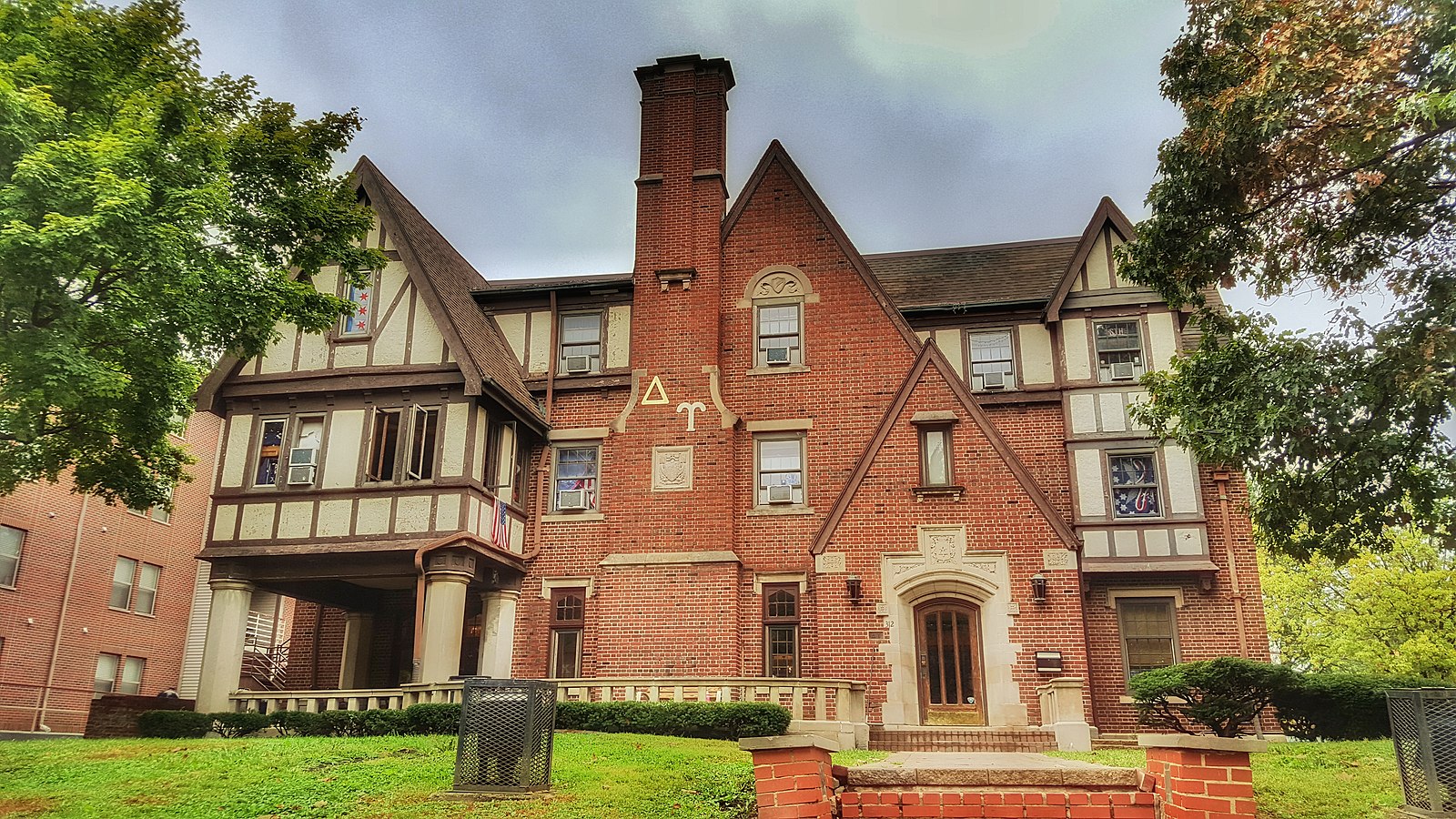 The Delta Upsilon house is one of 27 chapter houses built during a second wave of construction between 1926 and 1930, following an initial wave of building from 1906 to 1917.

The Delta Upsilon house was designed in the Tudor Revival style by local architect Leonard Stuebe. The Tudor Revival style, based on late medieval English architecture, was popular in America in the decades leading up to World War II. Notable exterior features include decorative half-timbering, stone detailing, brick walls, and a large brick chimney. In the interior, prominent details include wooden wainscoting  (i.e. paneling on the lower portion of the walls), Gothic door frames, and a Tudor-style fireplace.

The chapter's two most famous alumni are the actor George Chandler and the chemist Arnold Beckman. George Chandler (class of 1922) was a prolific actor who appeared in over 190 films and played Uncle Petrie Martin on the TV show Lassie. Chandler succeeded Ronald Reagan as the 10th president of the Screen Actors Guild. Arnold Beckman (class of 1921) studied chemistry and went on to found Beckman Instruments, a producer of scientific equipment. In the late 1980s, Beckman donated $40 millon to construct the Beckman Institute for Advanced Science and Technology.