Built in 1925, the Southeast Missourian Building is one of Cape Giradeau's most visually striking landmarks and continues to serve as the headquarters of the Southeast Missourian newspaper. Other businesses are housed in the building as well. It is an exceptional example of Spanish Colonial Revival architecture. Notable features include a five-colored terra cotta tile roof, wide eaves supported by blue brackets, a band of Moravian colored tile surrounding the northeast corner of the first floor, an arcade of six arched openings and a doorway topped by a decorative terra cotta cartouche and small window, and a large metal sign on the roof with "Southeast Missourian" in gold letters. The building was added to the National Register of Historic Places in 2005 for its architecture and association with the newspaper. 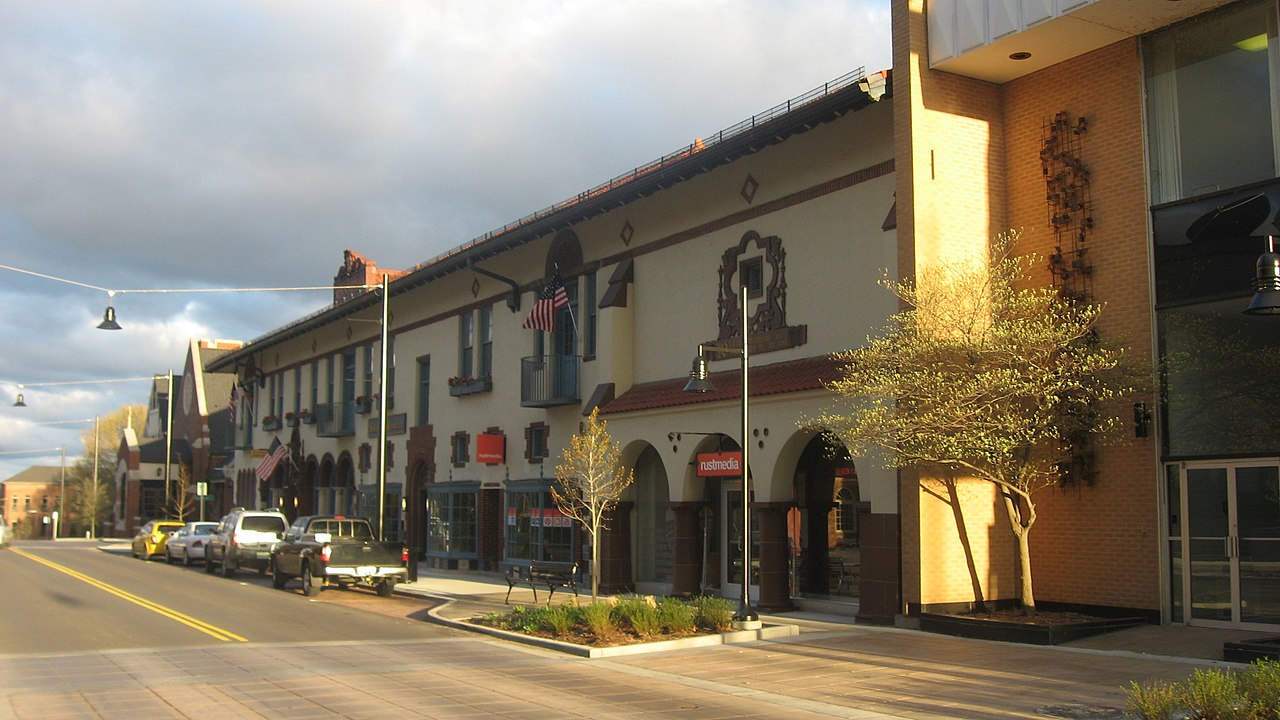 Brothers Fred (1874-1965) and George Naeter (1869-1956) founded the Southeast Missourian in 1904 when they bought a failing newspaper called The Daily Republican. The brothers learned about it by chance. They took a sightseeing visit to Cape Girardeau during the St. Louis World's Fair and heard that the struggling paper was for sale. They became owners just a few weeks later and renamed the paper as the Cape Girardeau Republican. One of their two brothers, Harry, who was working as a reporter for the Chicago Tribune at the time, moved to Cape Girardeau to become managing editor. Unfortunately, he later died in 1918 from complications due to surgery.

Fred and George were born in Shelbina, Missouri. Their father, a cigar maker, died when they were young and as a result they started to work as printers to support the family. When Fred was 19, he and a partner bought a newspaper and sold it five years later. They tried to start a newspaper in Quincy, Illinois but it failed. At age 17, George worked for the local paper in Shelbina and also ran his own called The Enterprise in Hunnewell, Missouri. By the early 1900s, the brothers were living in St. Louis. Fred worked setting ads for the St. Louis Star and George worked as a linotype operator for the Globe Democrat. While walking along the riverfront during the World's Fair in August 1904, they saw a sign promoting the excursion trip to Cape Girardeau. Apparently they had never heard of the city and decided to visit on a whim.

The Cape Girardeau Republican published its first edition on October 3rd. It was first located in the Opera House Building but were kicked out because of excessive noise. In the coming years the paper moved to different locations as the business grew. The brothers constructed a new building in 1908 at 225 Broadway. In 1918, they renamed the paper the Southeast Missourian in honor of Harry. The business moved into the present building when it was erected in 1925. The property on which it stands is believed to be where the first trading post in the city was located. The brothers chose the site to honor this history. They also considered it their duty to erect a building that was attractive and would contribute to the city's commercial development.

Fred and George were pioneers in the the printing field. They were the first publishers south of St. Louis to use electric printing equipment and a linotype press in 1906. Two years later they became the first paper in the region to use a Duplex press, which printed and folded 5,000 newspapers an hour.

From the outset, Fred, George and Harry were determined to use the newspaper as a way to improve the lives of residents in the city and southeast Missouri. To this end, they supported progressive efforts to further economic growth. One example of this effort was when they established an organization (a predecessor to the Chamber of Commerce) that promoted business and industry. After Harry died, Fred and George announced that the paper would be fully independent and non-partisan.

They contributed to the city and surrounding region in many other ways. These included donating funds to conservation and beautification efforts in the city, installing the first electrical streetlight in the city in front of their building to demonstrate its benefits, starting a summer movies series program in rural areas, helping preserve the Old McKendree Chapel (the oldest Methodist church building west of the Mississippi River), and supporting the establishment of Arena Park. Fred and George were involved in various organizations as well, usually as members of committees and advisory boards. Fred was more active politically than George and served on several state boards and commissions (he was also good friends of future president Harry S. Truman). In recognition for these efforts, the Inland Daily Press Association gave them the Community Service Award in 1954.