Interior view of the bridge with Burr arch trusses visible 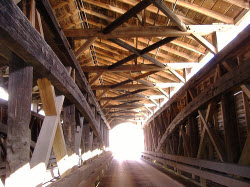 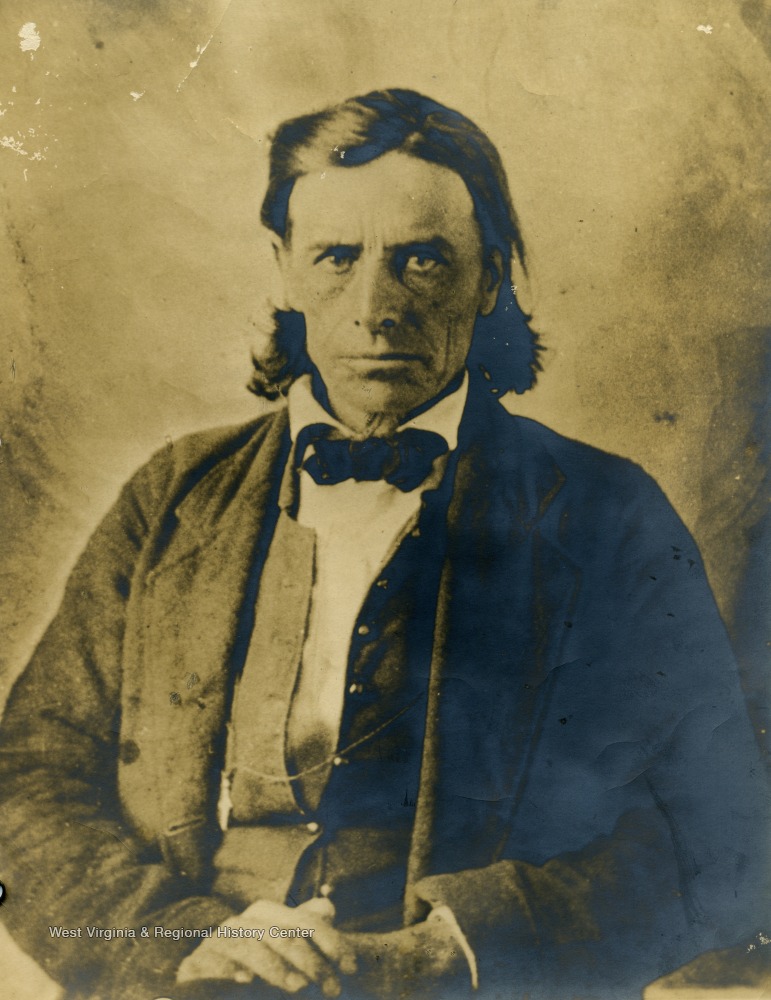 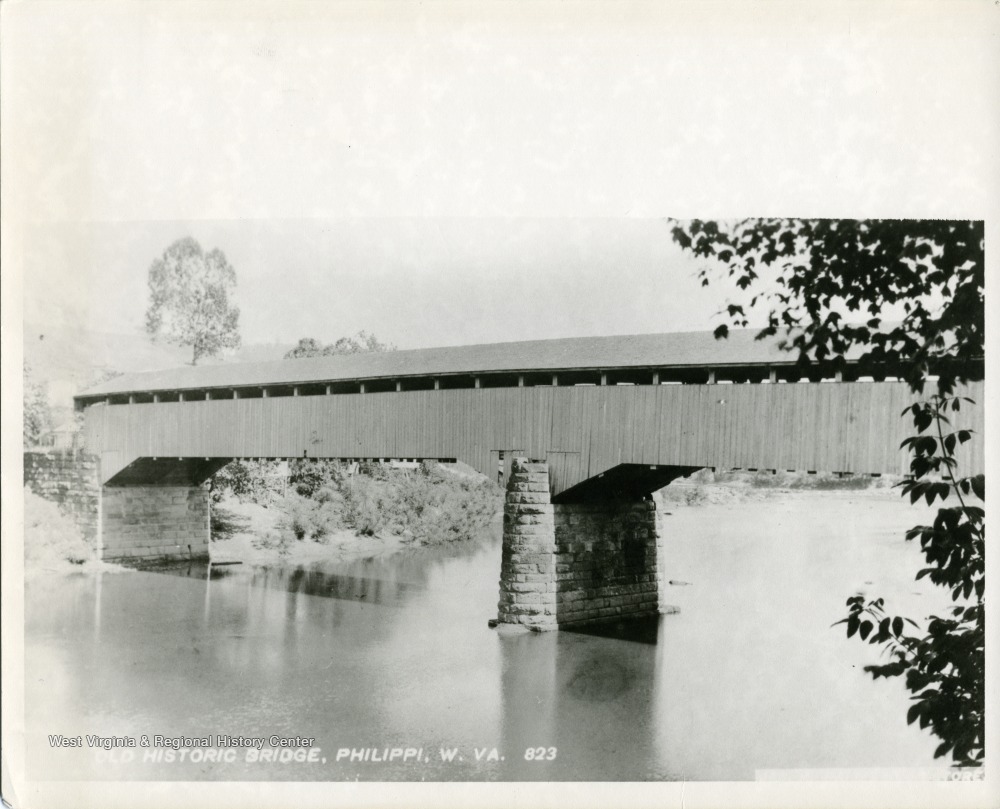 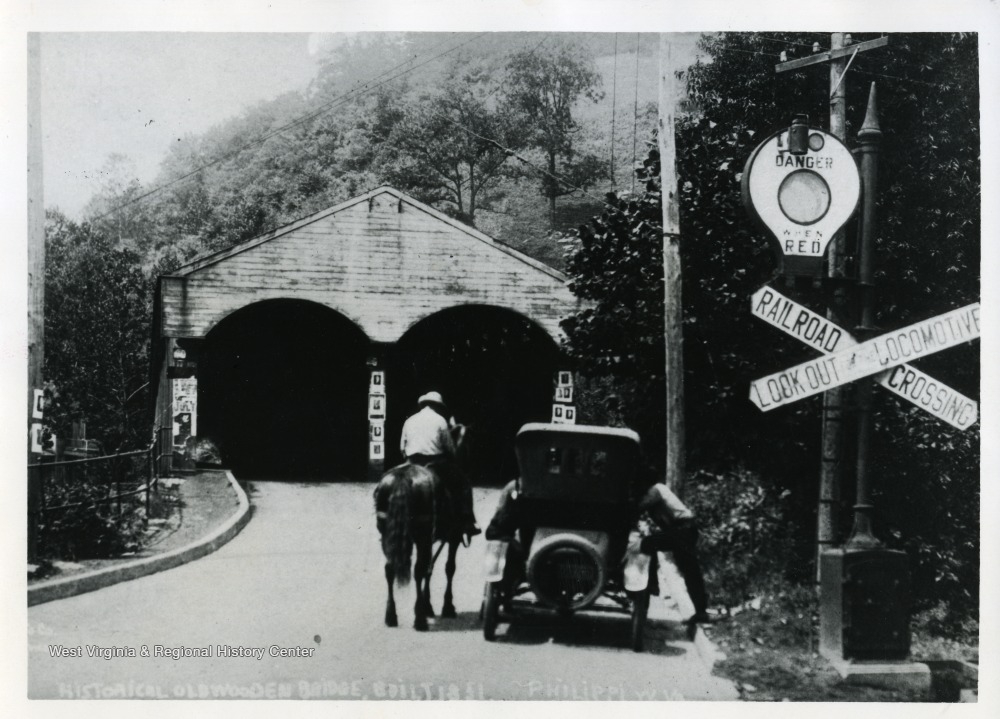 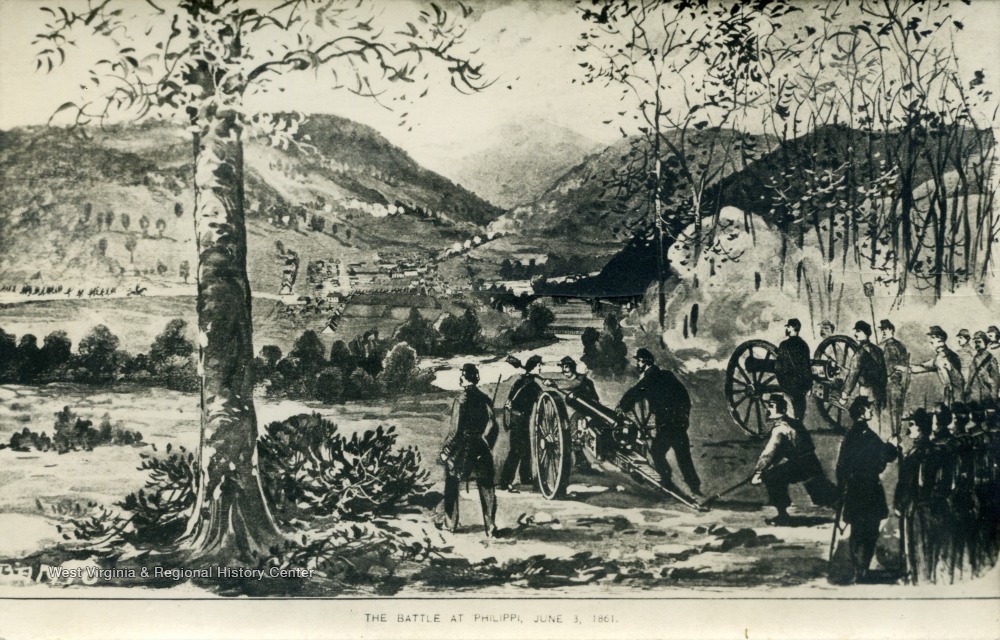 State historical marker for the bridge

In 1850, Lemuel Chenoweth – a poor carpenter with no professional training – arrived in Richmond, Virginia with his tiny model of a bridge. He joined throngs of other hopeful architects, prepared to bid for the contract of a new bridge crossing Tygart’s Valley River at Philippi. However, Chenoweth quickly realized his model bridge lacked the flair and panache of the more established and professionally trained architects present. As part of a risky ploy, he rested each end of his model on a chair and then stood on it to demonstrate its strength. He challenged his competitors to do the same with their models, but knowing their structures would fail, none rose to the occasion. Chenoweth was subsequently awarded the contract. This tale is often repeated about Chenoweth, and regardless of its veracity, his impact on West Virginia through the Philippi Covered Bridge is undeniable.

Construction on the Philippi Covered Bridge began in 1852. Emmett J. O’Brien constructed the stone abutments on each end with a central pier to support the weight of the bridge. Chenoweth constructed the superstructure of the bridge with help from his brother, Eli. Chenoweth utilized wood almost exclusively for the superstructure. Though some metal components are present to join major pieces of the bridge, none of them take any part in load bearing or stability. The sides of the bridge were boarded with simple vertical planks, and though there is no mention of the roofing, it is likely it was a wood shake roof as these were standard on covered bridges in the nineteenth century. The total cost of the bridge was $12,180.68 – approximately $400,000 adjusted for inflation.

The Philippi Covered Bridge measures twenty-six feet wide by three hundred eleven feet long. It utilizes Burr arch trusses, a design patented by Theodore Burr in 1817. The design incorporates multiple kingpost trusses where vertical posts are connected by diagonal beams which point towards the center. In addition to the kingpost trusses, the Burr arch also uses an arch spanning the space between piers. Because the Burr arch truss combines two standard bridge-building techniques, it allows for the stability of both.

The Philippi Covered Bridge saw action in the Civil War when Union troops under the command of General George B. McClellan were sent to protect the B&O railroad. On June 3, 1861, Union and Confederate troops clashed at the Philippi bridge resulting in the retreat of Confederate forces. This skirmish is often considered the first land battle of the Civil War. In 1863, the bridge was again embroiled in the war when Confederate General William Jones intended to burn the bridge. However, local southern sympathizer Joshua Corder convinced Jones to spare the bridge. In 1864 the Philippi Covered Bridge was again a target for Confederate destruction. However, plans to burn the bridge were discovered by Philippi citizens and the mission was aborted.

The first major modifications to the Philippi Covered Bridge occurred in 1934. An influx in vehicle traffic necessitated the addition of two concrete piers between the existing three. The wooden floor was torn up and replaced with a concrete one supported by steel girders. Several other modifications were made to the structure to facilitate truck traffic. An external walkway was also added to better accommodate pedestrian traffic. In 1989, disaster struck the Philippi Covered Bridge when a car spark inadvertently ignited spilled gasoline near the bridge. Approximately sixty percent of the bridge was destroyed by the fire. In the face of tragedy, the local community and legislators banded together to find funding to restore the bridge. Meticulous research was conducted, and the bridge was rehabilitated to its 1861 condition – though with the addition of a sprinkler system. This restoration project was so dedicated to preserving authenticity that it even included sourcing original material types rather than using modern equivalents.

The Philippi Covered Bridge is arguably West Virginia’s most important extant covered bridge. It is both the oldest and longest covered bridge in West Virginia. It is an important architectural monument, especially due to the local impact of Lemuel Chenoweth. The bridge is one of only six two-lane covered bridges left in the United States, and the only covered bridge that serves a United States Federal Highway (U.S. Route 250). As the site of the first Civil War land battle, the Philippi Covered Bridge also has historical ties. Finally, the bridge maintains integrity of structure and purpose as it continues to serve Philippi’s community today.