The New Dungeness Lighthouse is a historic lighthouse located at the end of the five-mile long Dungeness sand spit, a geographical feature that juts out from the coastline. The lighthouse is an active navigational aid for ships sailing on the Strait of Juan de Fuca, which leads to the Pacific Ocean. Built in 1857, it was the first lighthouse erected along the strait and the first north of the Columbia River. The site consists of the lighthouse with the tower, the keeper's quarter's built in 1904, the oil house built in 1894, the fog signal building that dates to 1906 or 1907, and the barn built in the early 1900s. There are also picnic tables and restrooms for visitors. Visitors can drive to the lighthouse or hike to it on a trail that runs the length of the sand spit. They can then take a tour of the lighthouse, which features exhibits about the station and the Native Americans who lived here. Visitors can also climb to the top of the tower. Another unique feature is the lighthouse keeper program, which allows groups of people to be lighthouse keepers for a week. The lighthouse is managed by the New Dungeness Lighthouse Association, which was established in 1994. 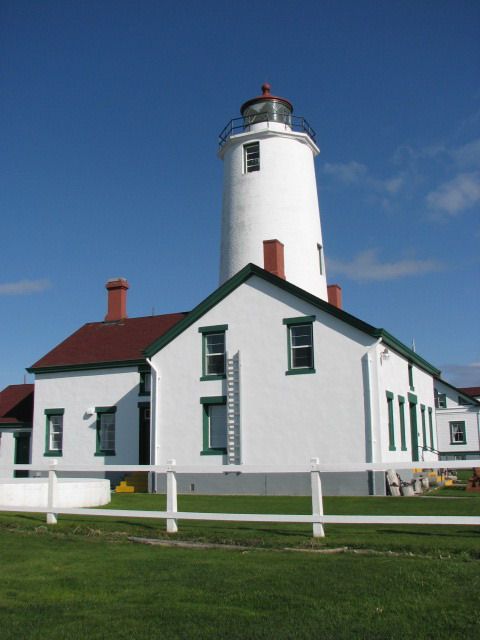 The New Dungeness Lighthouse was built in 1857, becoming the first lighthouse built on the Strait of Juan de Fuca and second one built in Washington. 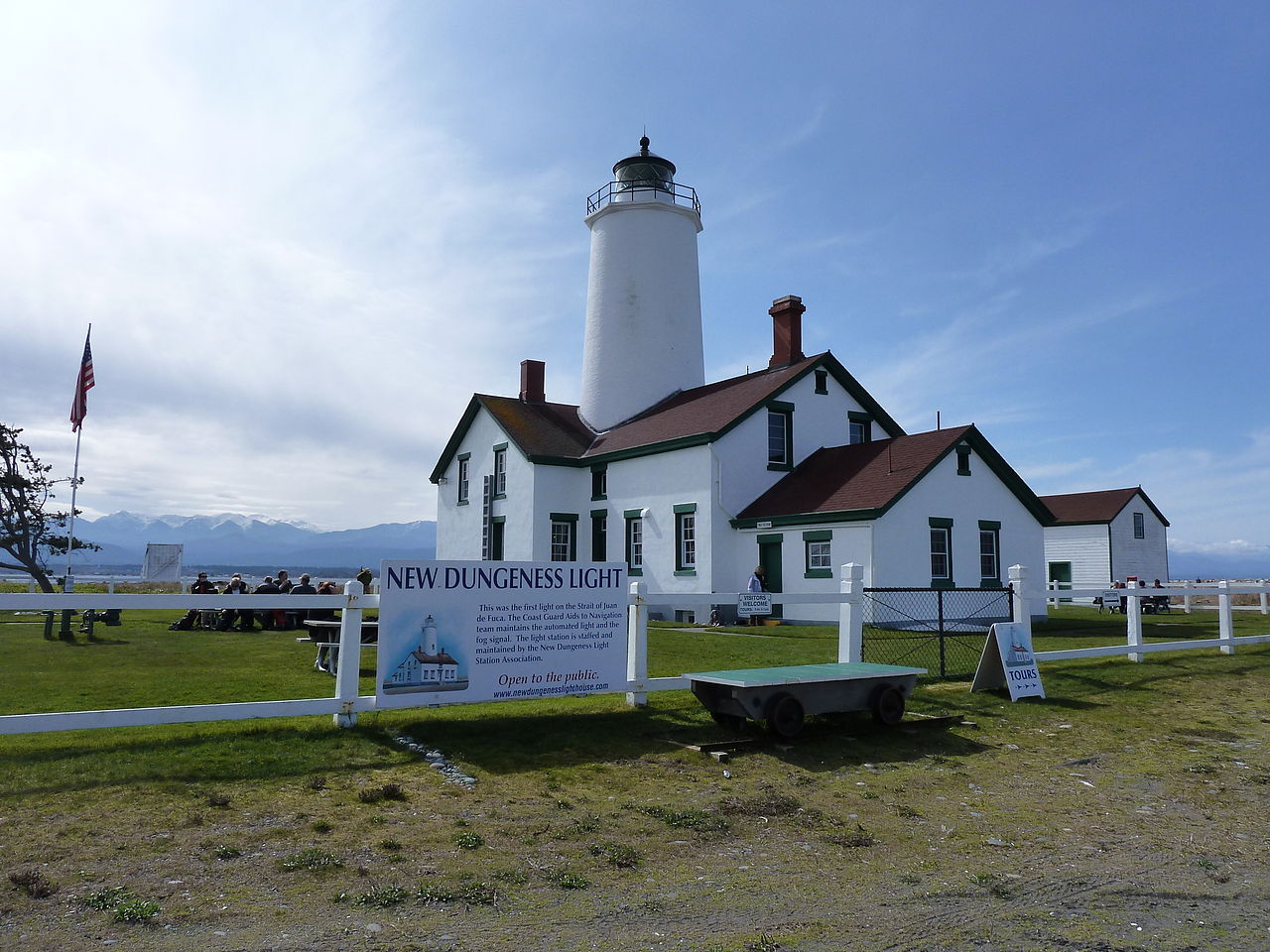 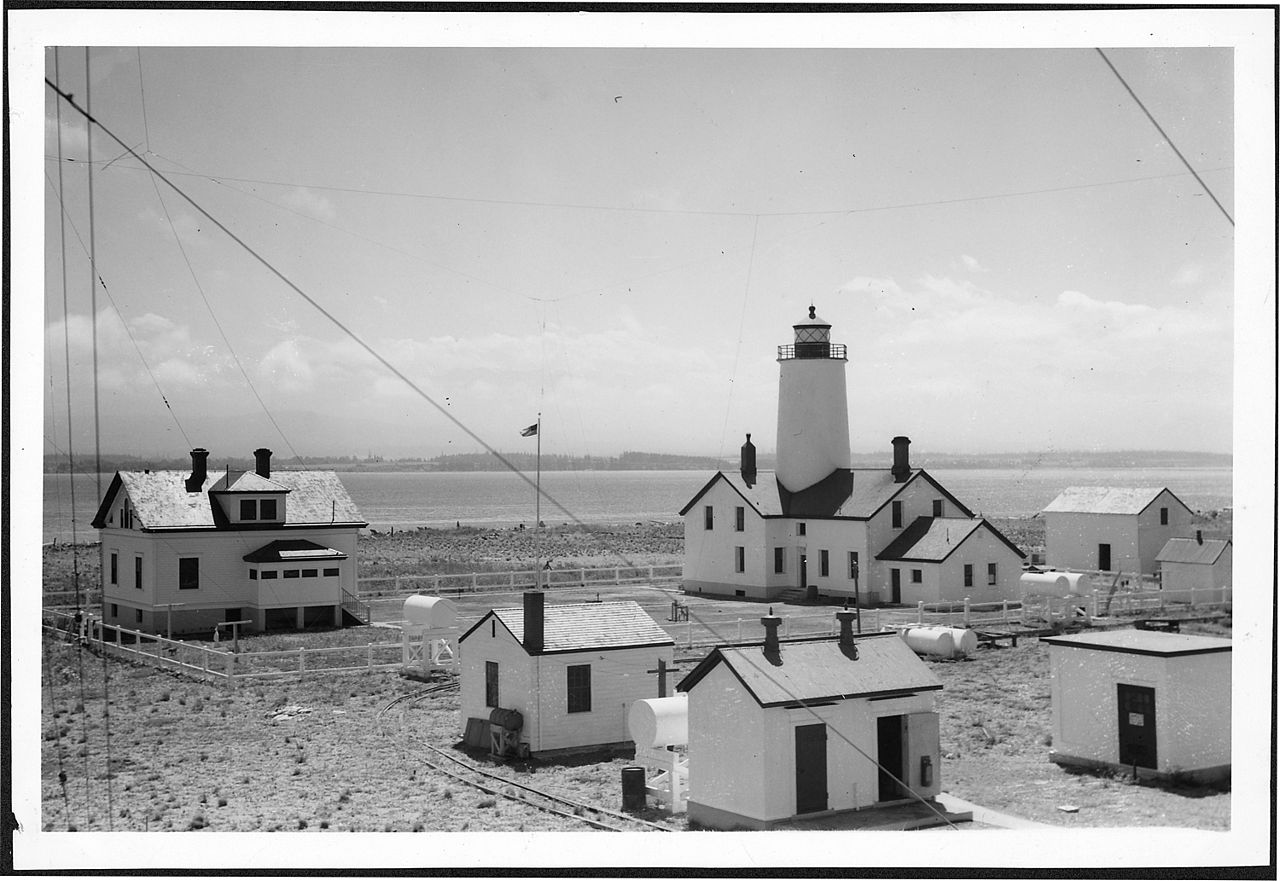 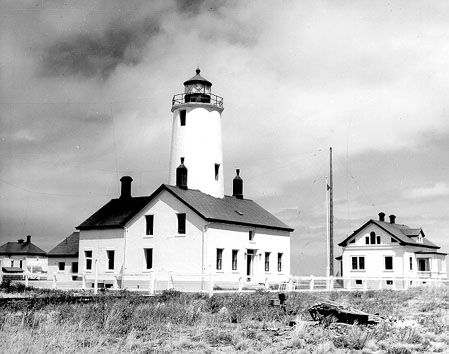 The Dungeness sand spit is quite dangerous for ships even in modern times. The combination of its low profile, which makes it hard to see, and length have caused many shipwrecks. Ships still apparently run aground here despite the light and fog horn. In 1848, Congress recognized the need to built a lighthouse in New Dungeness when it created the Oregon Territory. However Congress didn't allocate funds for the project (and for a lighthouse on Tatoosh Island) until 1854 and construction didn't get underway until 1856 due to conflicts with local Native Americans. Despite this as well as poor weather and the site's remote location, the lighthouse was built in 1857.

The lighthouse tower originally reached a height of 91 feet and the top half was painted Black and the lower painted white. It was equipped with an oil lamp and a third-order Fresnel lens, which beamed a light that could be seen 18 nautical miles away. In 1927, the tower was lowered 27.5 feet due to effects of deterioration. A new light and fourth-order Fresnel were installed as well. In the coming years additional changes were made to the station including the introduction of electricity in 1934. In 1976, the light and lens were replaced with Marine Lantern DCB-24 which, along with the fog signal, were automated. The last Coast Guard keepers left the station in 1994 and management turned over to the association, as noted above. The current rotating light, a VRB-25 acrylic lens, was installed in 1998; the light is visible 22 miles away. The lighthouse is located in the Dungeness Wildlife Refuge.