The Southern Appalachian Historical Association's Hickory Ridge Living History Museum is home to seven log structures dating from the 1770s to the 1930s. Each cabin is used to portray a particular part of life from the North Carolina Backcountry in the 18th Century. Every Tuesday through Saturday their are tours of these cabins given by Historical Interpreters in period attire. 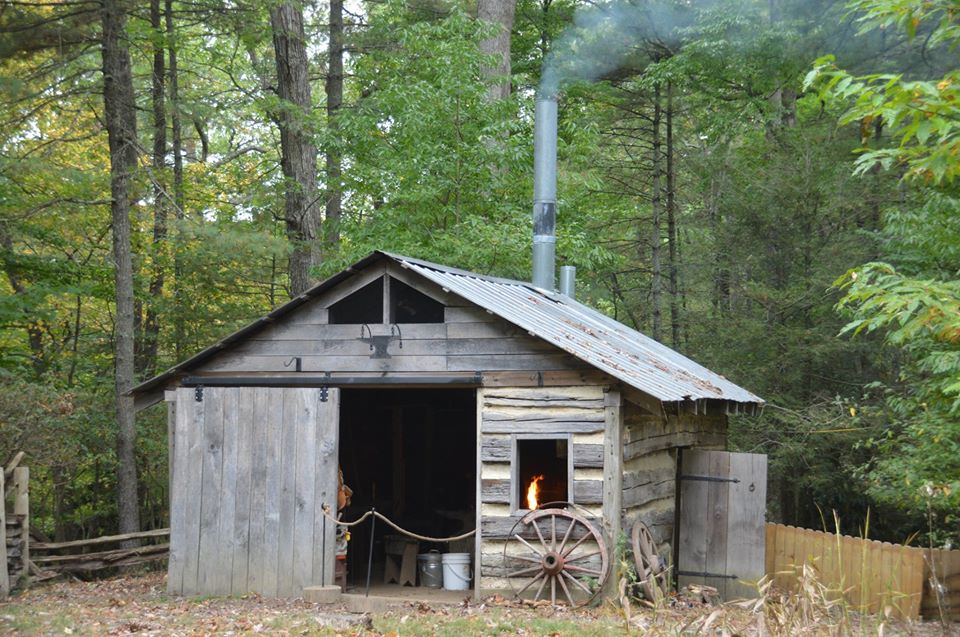 The Blacksmith Shop was originally an outbuilding on Ivy Moore’s farm in Valley Crucis North Carolina. The building is building is believed to have been built in the early 1800s. It was donated to SAHA in the early 2000s and stood as a three walled roofless structure for several years until it was completed with a fourth wall and a roof. A period accurate bellow was added so it could be used as a Blacksmith shop in 2011. The shop is fully functional and be seen in use by the Hickory Ridge Blacksmith during the Horn in the West season.