Spook Hill also known as “gravity hill” located in Lake Wales, Florida gives the illusion that when the cars are placed in neutral they roll up the hill instead of going down it. This effect is created by an optical illusion in the landscape. Over the years it has generated a number of legends and stories to explain this phenomenon. The site became a popular tourist attraction for motorists in the 1950s. 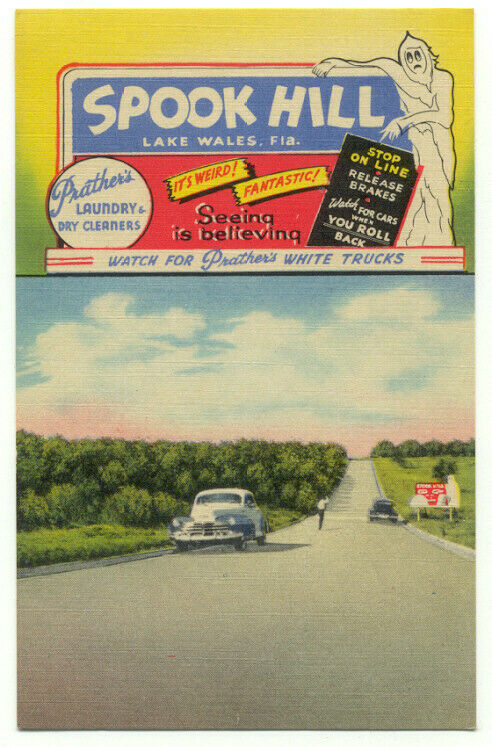 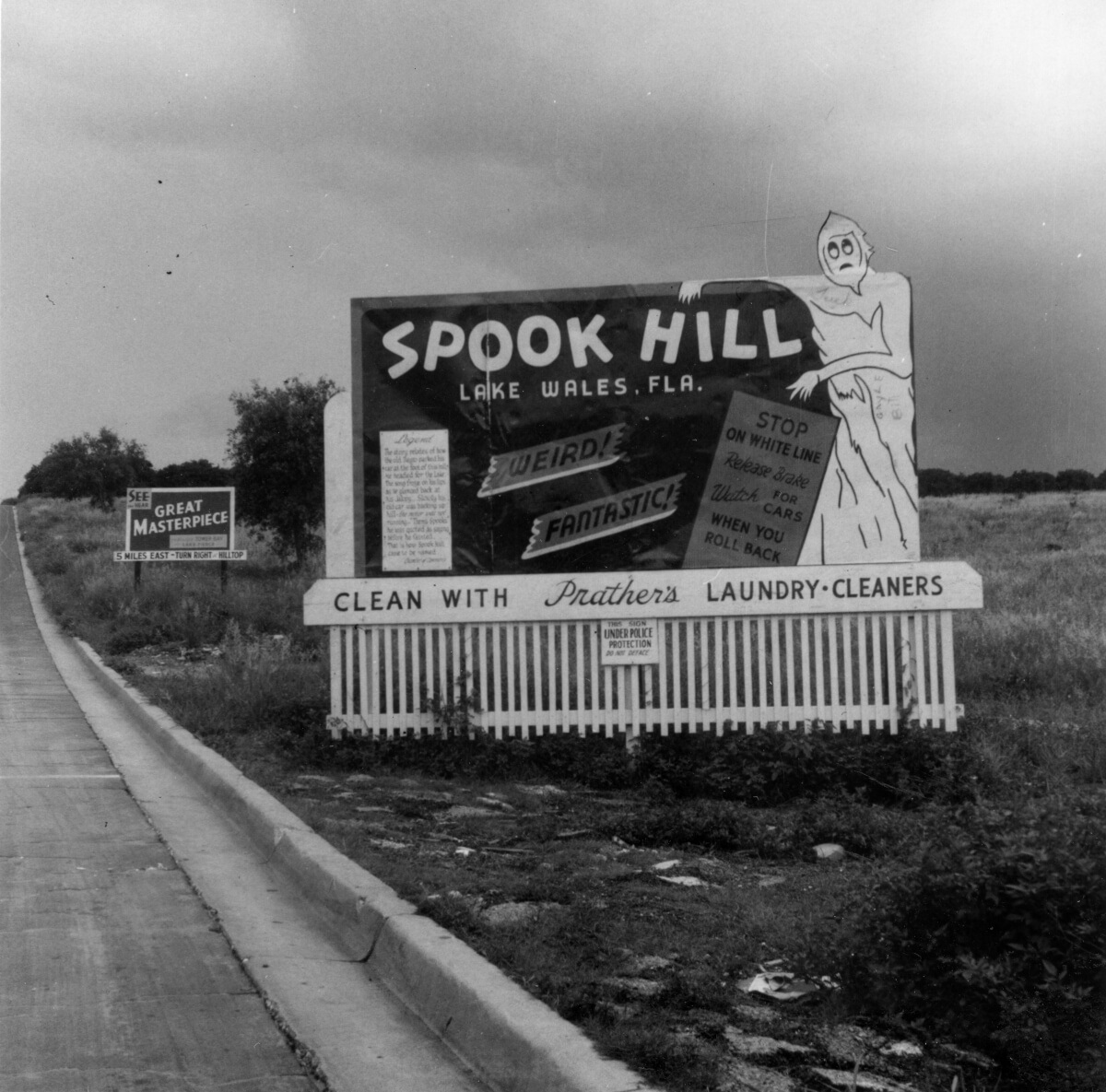 Spook Hill also known as “gravity hill” located in Lake Wales, Florida gives the illusion that when the cars are placed in neutral they roll up the hill instead of going down it. This effect is created by an optical illusion in the landscape. So, while they feel like they are going uphill they are actually going down which is why the cars move towards the hill when in neutral. This is a pretty short drive only stretching around 50-90 meters. There have been many legends and stories about how this happened such as a story told about a giant alligator harassing the towns people or that a pirate by the name of Captain Sasparilla was buried at the hill and pushes the cars away from him. None of these stories have been proven true. This site first became a popular tourist attraction around the 1950s. This coincided with a new boom in tourism and car culture, making it a prime tourist attraction. Spook hill was officially added to the National Register of Historic Places in April of 2019. (Modrall, National Park Service)

This hill is located near Lake Wales in Polk County. As the Lake Wales, official site says, "The hilly wilderness around lake Wailes, named after Sydney Wailes, a land agent employed by the state of Florida after the Civil War.” This city is placed in the geographical center of the Florida peninsula. The population of Lake Wales is now roughly 15,362 people. Due to the rise of Disney World, more tourism was attracted to Kissimmee rather than Lake Wales, leading to a decline of interest in older tourist attractions like Spook Hill (Visit the history museum in Lake Wales, City of Lake Wales).

In addition to Spook Hill there are many other attractions nearby such as Bok Tower Gardens and Legoland, formerly Cypress Gardens. Another nearby attractions is the Lake Wales Museum which is also on the National Register of Historical Places. This museum shows hundreds of years of history through pictures, artifacts, and documents. These things show so many things like who founded it and who got it started and also how this industry and many more became. The three main industries in Lake wales is Citrus, Turpentine, and cattle. To this day you can still see lots of cattle and citrus in the area.

The building the museum is in was a train station that was changed into the museum in 1976. The museum showcases the caboose of an old train made to look how they believe it had look back in the day. The cabooses were used to overlook the train from the 1860’s to 1986. They were then discontinued due to the rise of new technology. The building the museum is in was built by the Atlantic Coastline Railroad in 1928. Lake Wales was founded in 1911 by the Lake Wales Land Company after purchasing 5000 acres of land (Visit the history museum in Lake Wales).