Harry Pence established Minneapolis's second auto dealership in 1903. By 1915, his company was one of the most influential auto dealers in the world, selling nearly 30% of all the Buicks that were manufactured. Pence's sales helped the company grow into one of the largest American automakers that later became part of General Motors, a company the grew into one of the largest corporations in the world. Pence later added two stories to his plan for this building before ground was broken. Today the eight-story building is a reminder of what was once Automobile Row in downtown Minneapolis.

2013 photo of the historic Pence Automobile Company Building, which opened in 1909. 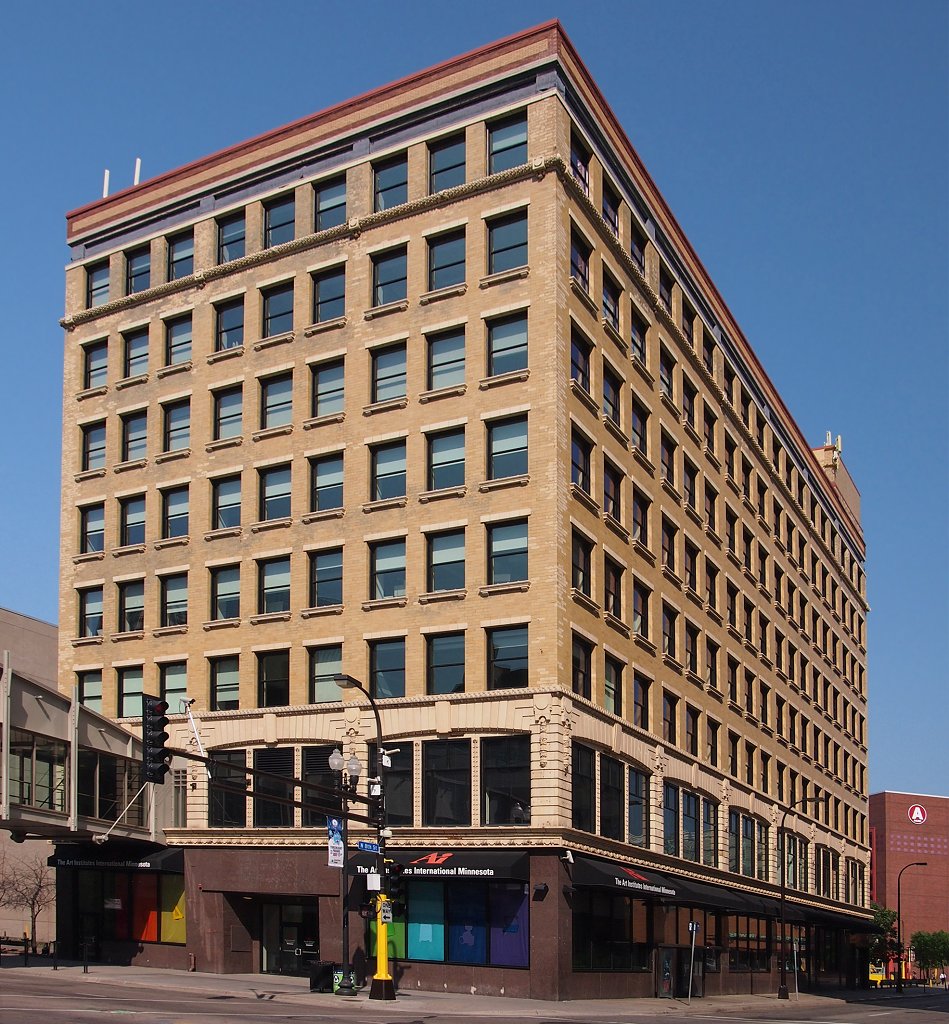 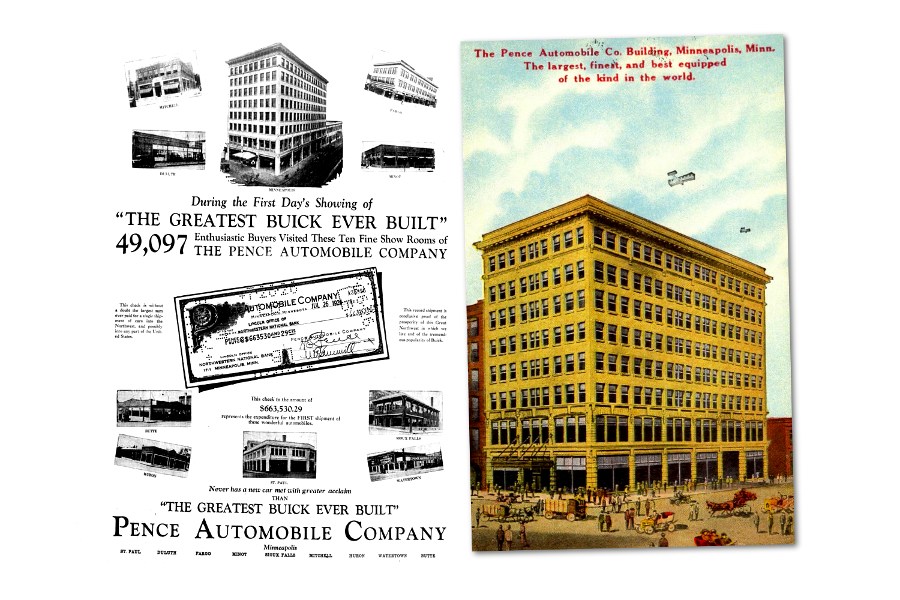 The eight-story Pence Automobile Company Building, named for its owner, Harry E. Pence, stands as a monument to one of the Midwest's most influential contributors to the exponential growth of the automobile industry during the early twentieth century. At the time of its completion in 1909, the 102,000-square-foot Pence Automobile Company functioned as one of the world's largest buildings devoted entirely to the automobile trade. The company was one of the most prolific Buick dealerships in the nation and served as an anchor to what became "Automobile Row" on Hennepin Avenue in Minneapolis.

Harry Pence was born in Ohio in 1868 to Charles and Ruth, who had moved to the U.S from England (and before that, from Bavaria) where they changed their name from Bentz to Pence. The younger Harry moved to Minneapolis in 1886 and lived with his uncle, a prominent businessman in the railroad and mining industries, as well as banking and land markets. The two traveled throughout Europe and Asia for five years. When they returned, Pence purchased six steamboats and started a Mississippi River transportation company that proved unsuccessful. In 1898 Pence married Dorothy Draper. They went on to have three children.

The automobile and the related manufacturing and sales industries in the United States quickly grew to prominence during the early twentieth century. In 1903, Pence grew interested in the growing automobile trend and decided to open a Cadillac car dealership, the second auto franchise operating in Minneapolis. Two years later, Pence desired cars with more power and speed. Buick agreed to offer two-cylinder engines, whereas Cadillac refused. Consequently, Pence decided to switch from selling Cadillacs to Buicks and enjoyed tremendous success as a result.

Pence was selected as a Buick distributor in 1905 and given control of between thirty and fifty dealerships in Minnesota, the Dakotas, and Montana. The role of the distributor was especially influential in the upper Midwestern plains. This mostly rural area stood to benefit immensely from the automotive transport of people and agricultural goods. Pence's territory expanded beyond his original four-state area to parts of Wisconsin and Wyoming. He opened warehouses and branch dealerships under his name in Duluth, Minnesota, Fargo, North Dakota, and Huron, Mitchell, and Sioux Falls, South Dakota. Harry Pence's success helped make Buick one of the most successful auto brands in the country, helping the CEO of Buick launch General Motors and subsequently take ownership of numerous other car makers such as Oldsmobile, Pontiac, and eventually Chevrolet.

The success first pushed Pence to build a four-story structure that quickly proved too small shortly after moving into the building. The next plan involved constructing a new six-story structure that would function as a salesroom, garage, and warehouse. However, before the company broke ground in 1908, the company decided to add two more stories to the design. Hence, the historic building stands eight stories high. The completed eight-story building in 1909 had floors devoted to sales showrooms and offices; automobile assembly, finishing, repair, and service; and storage for parts, accessories, and completed vehicles. A freight elevator near the rear of the building allowed cars to be driven onto the lift and raised to the upper floors. By 1915 Pence reportedly had the largest auto business in the world, accounting for twenty-nine percent of all of the Buicks sold.

The company moved again in 1929, but it retained an office on one of the historic building upper floors until Pence sold his company outright to General Motors in 1930, three years before he passed away at the age of 65. Most of Automobile Row on Hennepin Avenue has long since vanished since then. However, the Pence Automobile Company Building remains and stands today as a physical reminder of the genesis of the giant automobile industry (notably General Motors) that arose during the early twentieth century, of which Pence significantly contributed.

Hudson, Horace B. A Half Century of Minneapolis. Minneapolis: Hudson Pub. Co., 1908.