Built during the mid-to-late eighteenth century, Jug Tavern in Ossining retains many original features that predate the Revolutionary War. Since 1883 however, there have been alterations and additions to the structure. The structure itself is believed to be one of, if not the oldest surviving structure in Ossining. Today there is strong community support for its preservation. 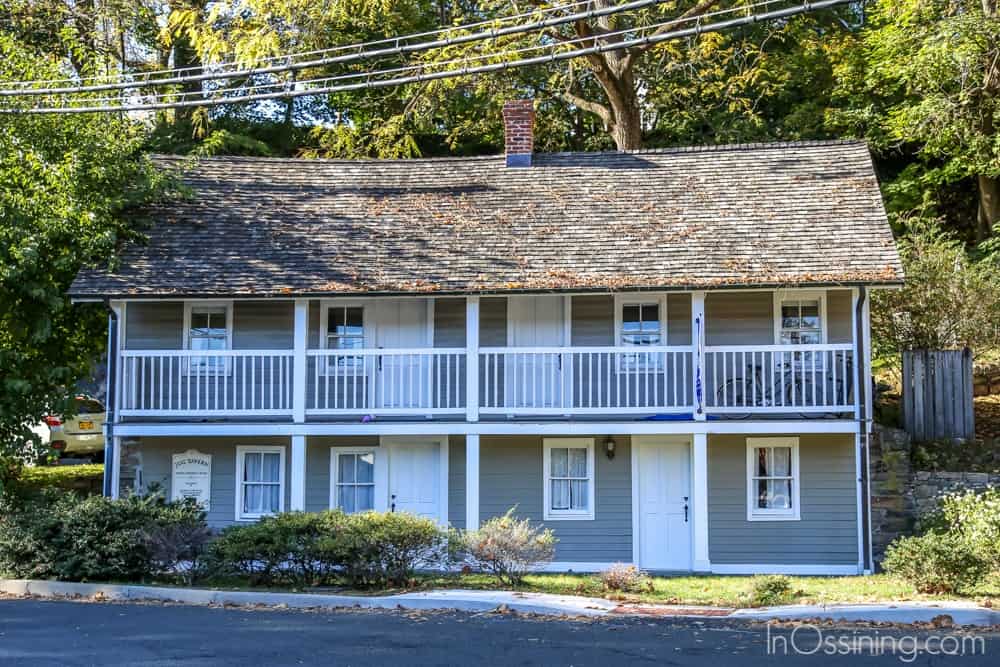 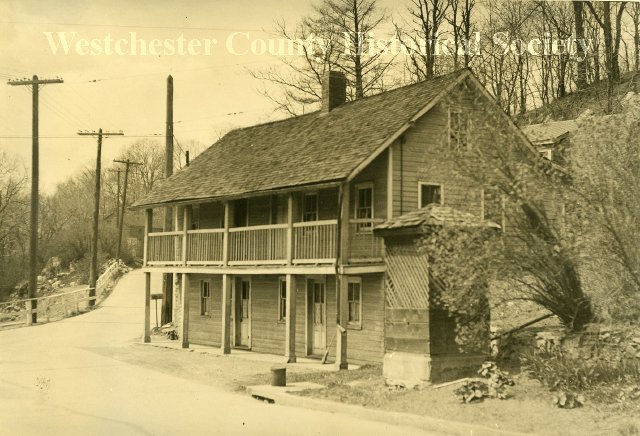 Side View of Tavern 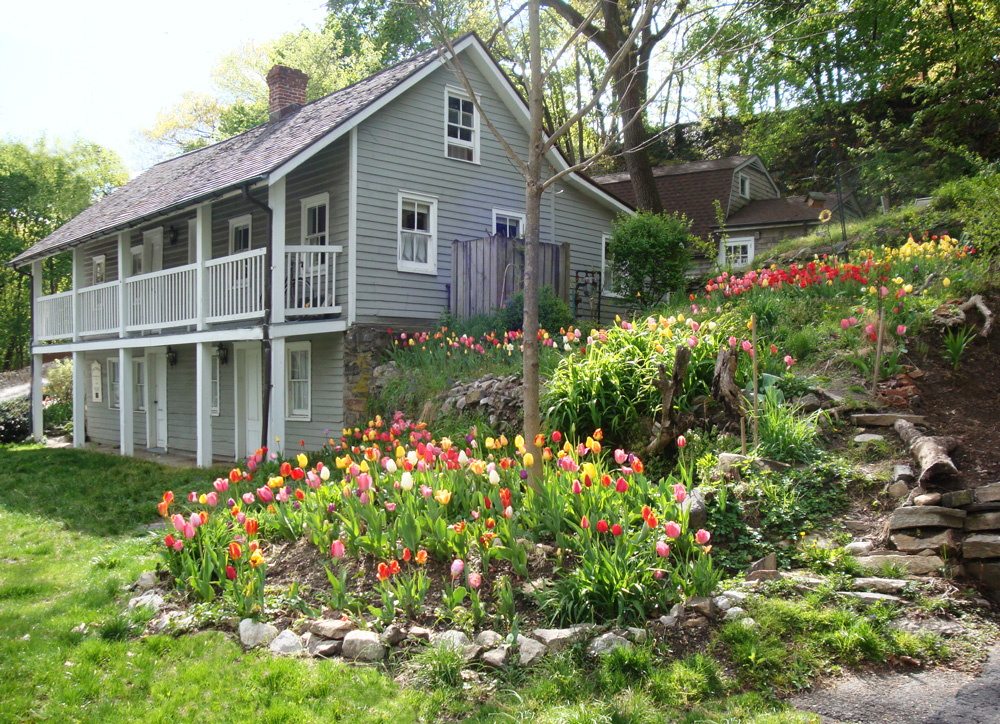 The structure now known as Jug Tavern once served a residential purpose before becoming as it is today. In the area of Ossining where the structure is located, the Davids or Davis family had originally built and purchased the “family farm from the Commissioners of Forfeiture in 1786.”1 This served as their home for some time, but much of the land surrounding the structure of the home was sold off within eight years of them purchasing the property. Following Peter Davids or Davis (who built and purchased the land) death in 1795, his son David “obtained a license to sell liquor at the house. This is the only evidence, aside from the name and persistent local tradition, that it was used as a tavern.”2

The structure itself was “built into a steep hillside with the east or front elevation exposed two and a half stories from grade.”3 Entry into the second story of the home/tavern from the outside is made through the back of the house (west elevation). “An overhanging roof covers a second story, balustraded veranda across the full length of the east (front) elevation facing the roadway. The front edge of the roof is supported by five plain posts rising from first story grade level through the veranda to the roof line. Each story on this elevation has four windows and two entry doors.”4 Almost looking as if it was designed as a shaker house.

Today most windows, doors, and the interior are made of a modern fashion. This is due to the renovations over the years to ensure the structure's longevity. Additionally, “the original fireplaces and chimneys, one at each end of the building, are now gone and the center brick flue is modern.”5 By 1820, the building was known as the Garrison House and potentially served as a tavern/landmark for at least two decades after. This was also around the time many of the additions and changes started being made, when the structure nearly doubled in size.

The community surrounding Jug Tavern today intends on preserving it as long as possible. It serves as both a museum and a meeting room for the locals and those who wish to see a piece of colonial history. Local lore and legend even claims that famous figures such as George washington visited the tavern at one point. Whether or not this is true, it helps the community feel that the structure has a significance, “making the local community aware of the value of their local historic resources.”6 The tavern was added to the National Register in 1976.