This is a contributing entry for Gari Melchers Home & Studio and only appears as part of that tour.Learn More.

Because Belmont operated as a small hobby farm during the Melchers time, it is not surprising the place was populated with a colorful assortment of animals, the prize stock of which were the couple’s dairy cattle. Calving was familiar event and clabber (clotted cream) and ice cream were the specialties of the house! Corinne, ever keeping track of things, recorded a few of the cows names: Cherry Blossom, Nancy Lee, Belle of Fairfax, Daisy, Peggy, Hebe, Lady Corinne, Sallie, and Francis. 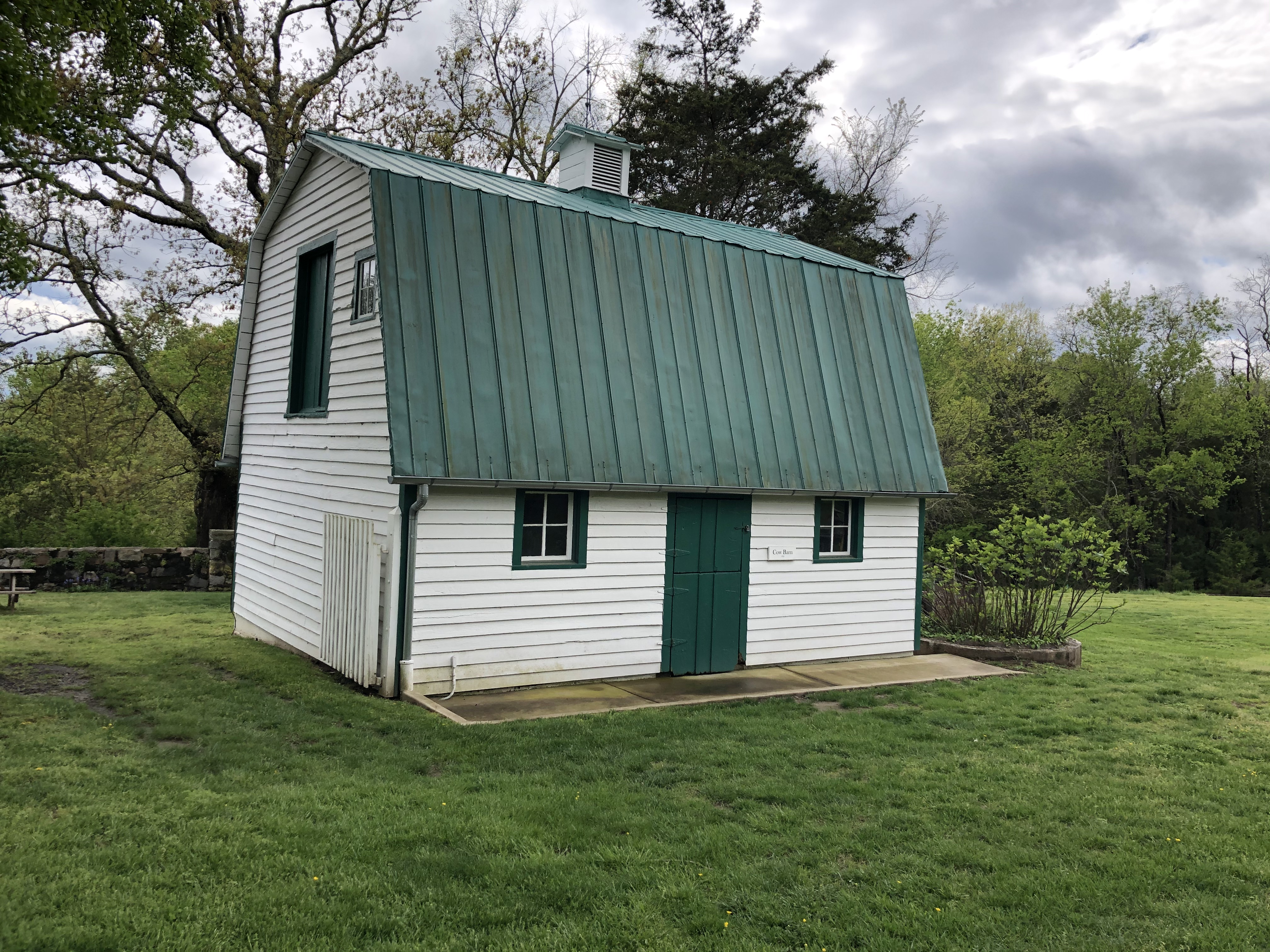 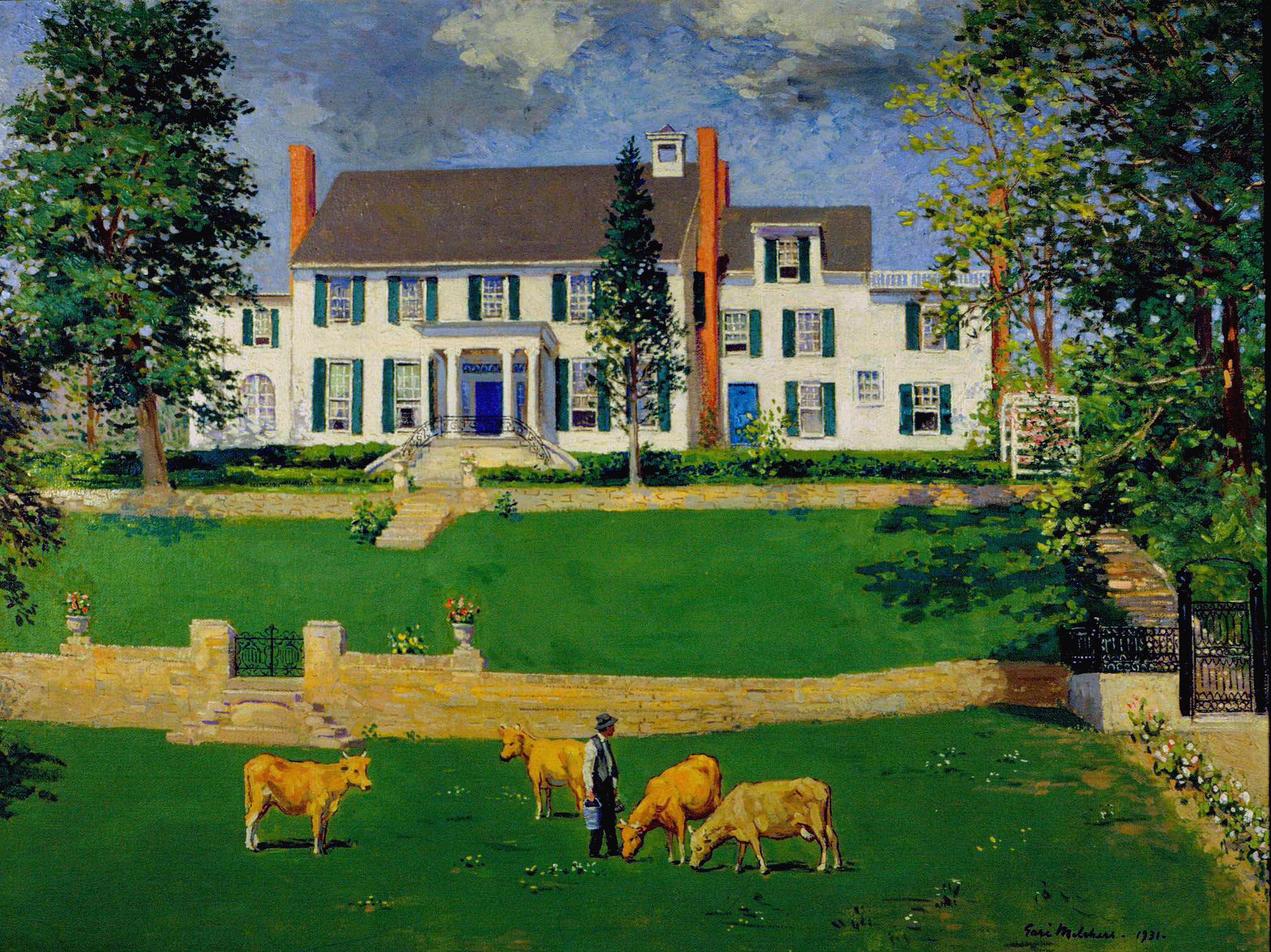 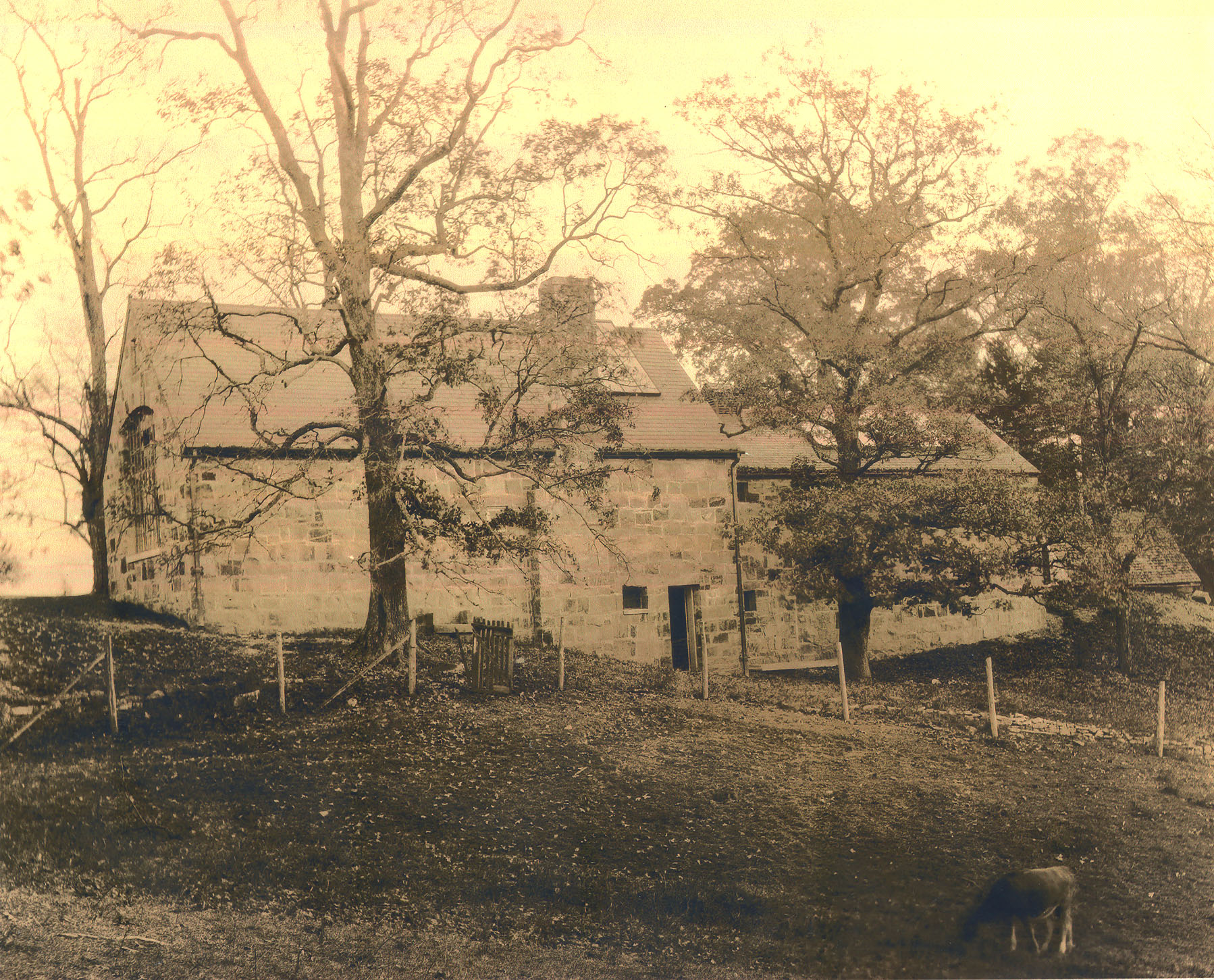 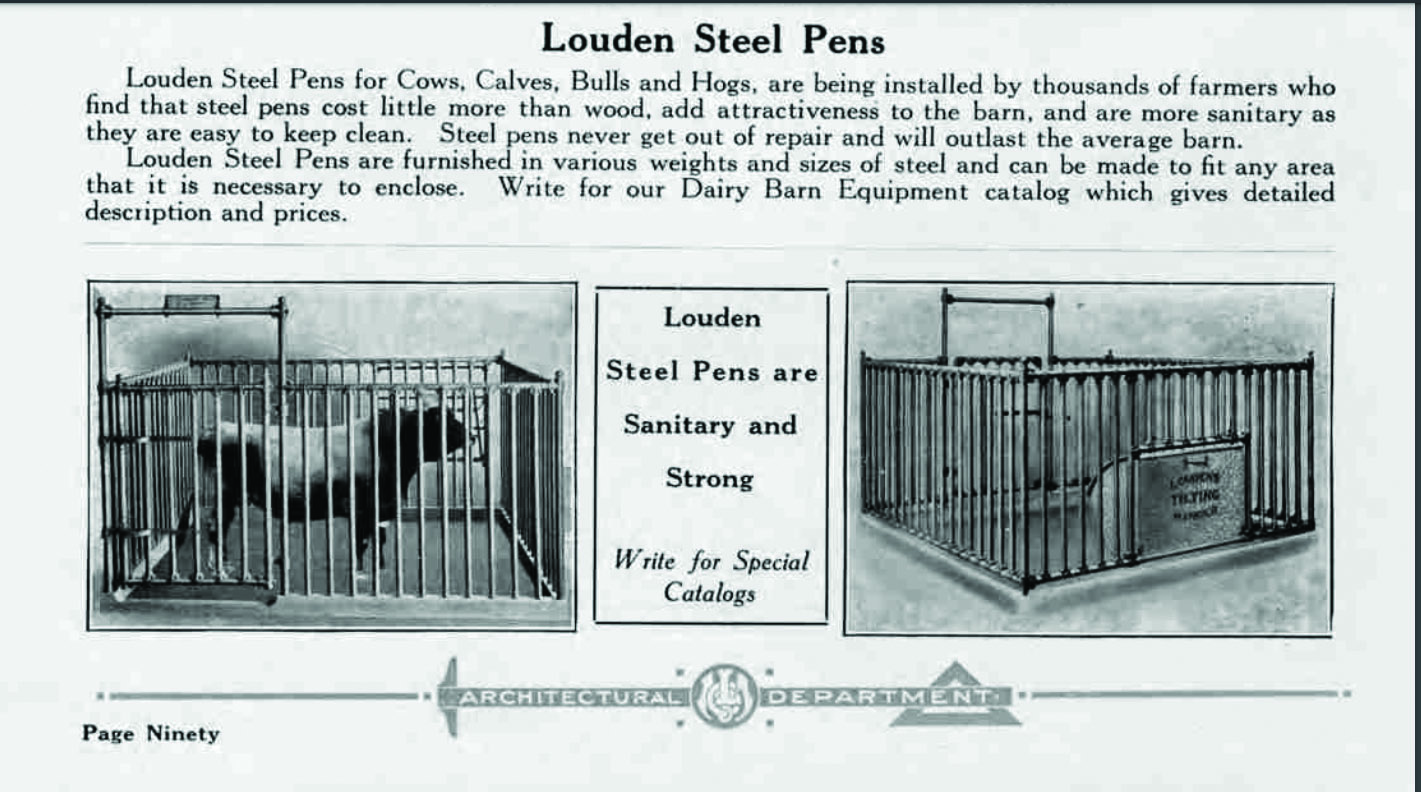 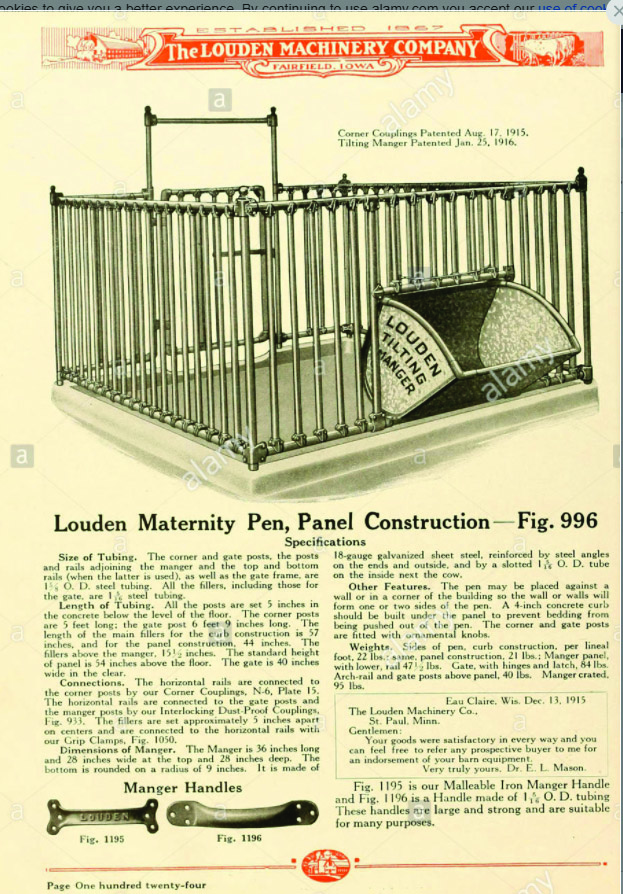 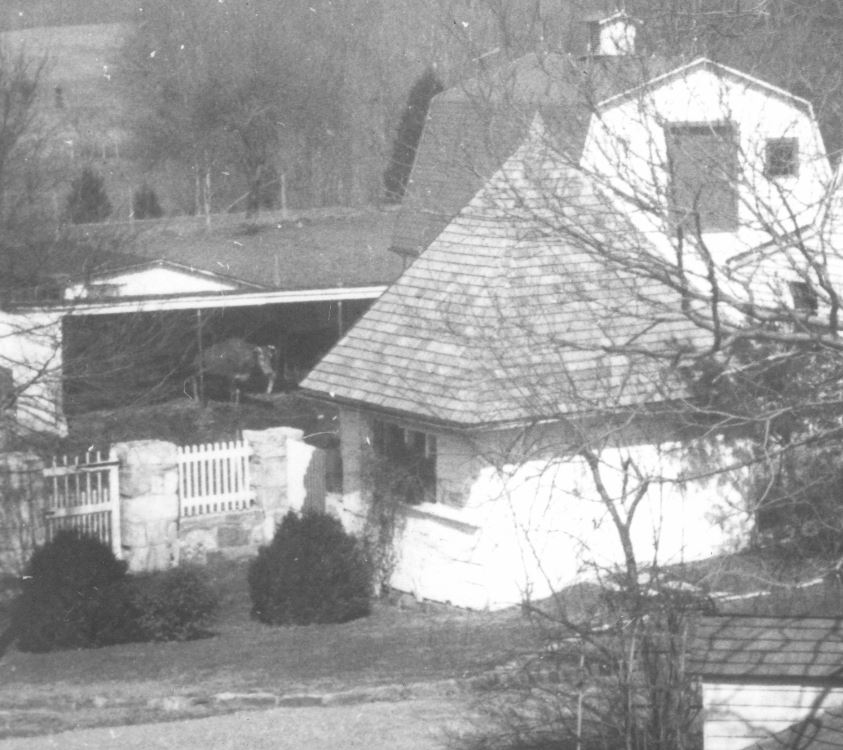 The centerpiece of Gari and Corinne Melchers’ modest farm was their dairy operation. The cow barn ahead was built to accommodate the couple’s small herd of Guernsey cows. Second story doors open to the hayloft and a sweep-out hatch is on the opposite wall. White-wash was applied to the barn interior to keep disease in check. The Louden Machinery Company cow pen survives, and the milking stanchions have been accurately rebuilt. Also rebuilt is the run-in shed in the exact location of the original, directly adjoining the barn and fenced barnyard. Belmont’s livestock grazed several acres of pasture and followed a woodland path down to the riverbank and back.

Lady Corinne, Daisy, and Cherry Blossom were some of the animals acquired or calved here at Belmont in the 1920s. Dairy cows in this era were typically milked twice a day for a total of approximately four to six gallons of raw milk. Clotted cream and ice cream were favorite treats of Gari and Corinne Melchers and their guests. Belmont’s cows also provided enough fresh milk to be sold at market, and some was allotted to needy families through the Stafford County Health Association.