Founded in 1851 by 12 residents of what was then the Village of Sing Sing, Dale Cemetery is an excellent example of a mid-19th century rural cemetery. Landscape architect Howard Daniels was hired to plan the layout of the cemetery, which he did by taking advantage of the natural features of the property. Among those interred in the cemetery are anthropologist Franz Boas, New York Governor John T. Hoffman, Major General Fox Conner, and businessman Benjamin Brandreth.

The monument at the grave of John T. Hoffman notes that he was "twice governor of the State of New York." 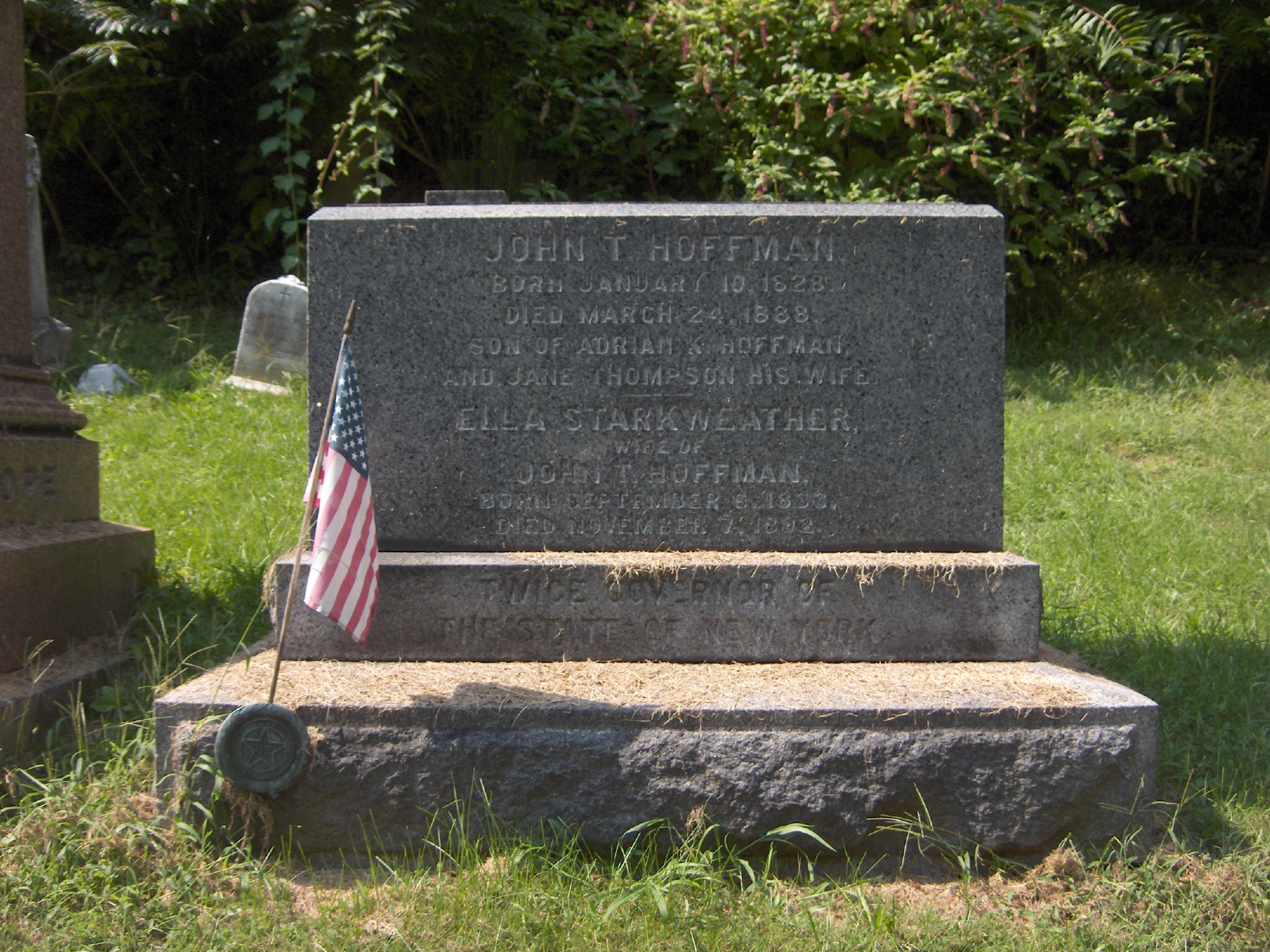 Monument at the grave of Samuel Youngs, the first person interred at Dale Cemetery. 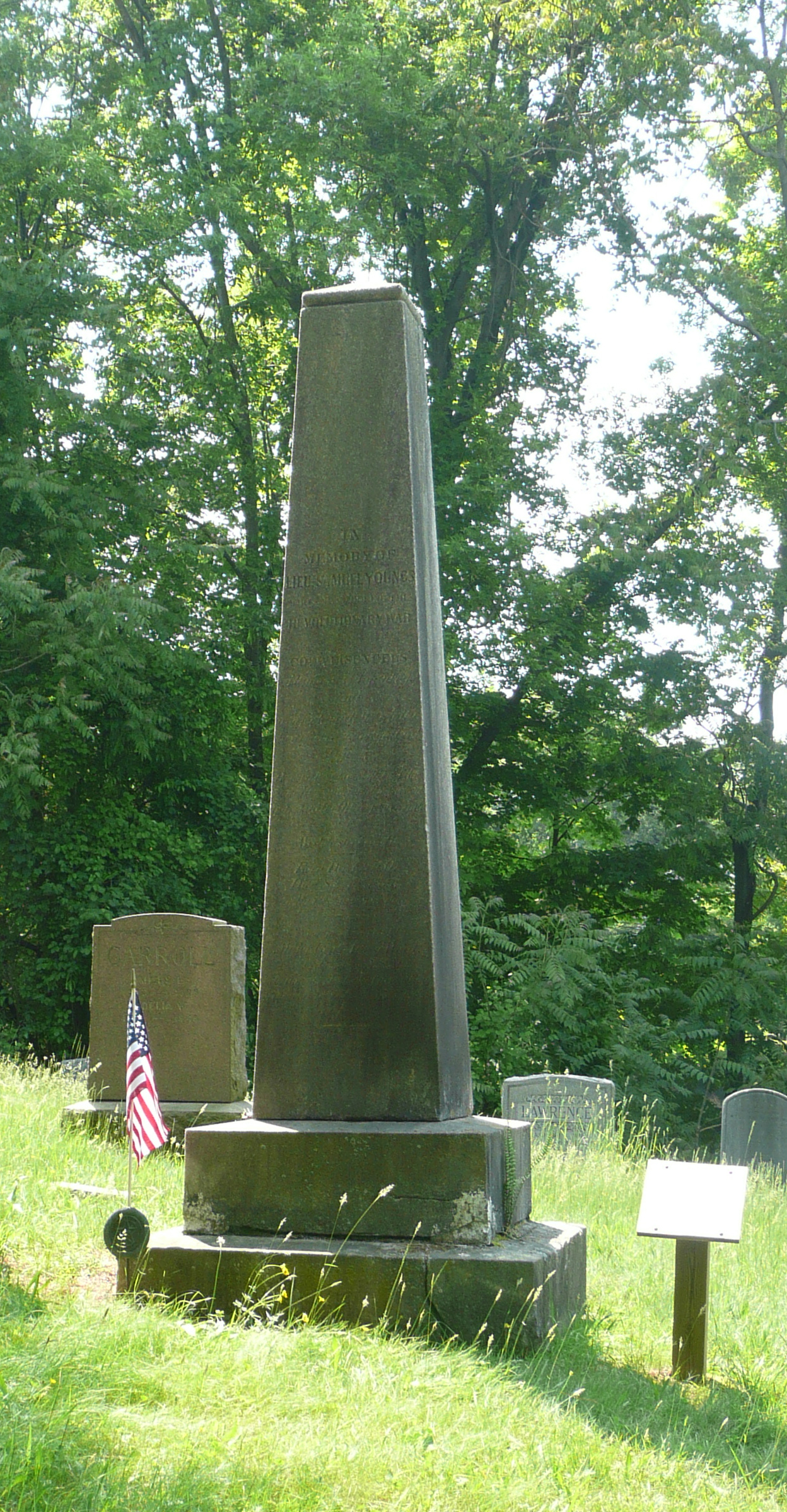 Prior to 1851, the residents of the Village of Sing Sing (now the Village of Ossining) and the Town of Ossining buried their family and friends in church and family burial grounds. Seeking a larger, more modern burial place for the residents of the village and town, the 12 men formed the Dale Cemetery Association in January 1851. The association secured 40 acres of land along Sing Sing Brook just outside what was then the northern boundary of the Village of Sing Sing. The cemetery, which was laid out by landscape architect Howard Daniels, was dedicated on October 29, 1851. Writing for J. Thomas Scharf's History of Westchester County, New York, in 1886, Dr. George Jackson Fisher, a physician who is buried here, provided a description of the cemetery:

"The location is delightful. The surface is very uneven, forming beautiful rounded knolls, terraced hillsides and winding valleys, with shady groves and babbling brook; it is sufficiently conspicuous and sequestered in its various parts to please the tastes of all classes of persons. The grand entrance on the western side is through a pair of round, lofty, massive marble columns, surmounted by globular heads. These pillars were quarried and hewn at the [Sing Sing] prison, for the old French Church in New York City, but for some reason were not taken away...."

The first person interred at Dale Cemetery was Samuel Youngs (1760-1839). Originally buried at the Old Dutch Burying Ground in Sleepy Hollow, Youngs served as an officer in the Revolutionary War, a judge, and a member of the New York State Assembly. Elements of Youngs' life are believed to have served as an inspiration for the character of Ichabod Crane in The Legend of Sleepy Hollow. Samuel Youngs is one of 34 individuals whose grave sites are listed on the Dale Cemetery Heritage Trail. Among those whose burial sites are listed on the trail are Dr. Franz Boas, who is considered the "Father on American Anthropology," John Hoffmann, who served two terms as governor of New York, and Benjamin Brandreth, a businessman who was a pioneer in the use of mass advertising and one of the original trustees of the cemetery. Other notables listed on the trail include Henry Gourdine, who was a commercial fisherman on the Hudson River for over 70 years, and John Edward Holla, founder of Holla Hose Company No. 5 of the Ossining Fire Department.

Originally comprising 40 acres, Dale Cemetery now totals about 36 acres. The cemetery contains several large group plots, including ones for the Victoria Home for Aged British Subjects as well as the veterans and volunteer firefighters of Ossining. Another large plot contains the remains and tombstones that were removed from the cemetery of the First Baptist Church of Ossining.

By the beginning of the 21st century, Dale Cemetery had been running a deficit for several years. As a result, the Town of Ossining acquired the cemetery in 2004. The town continues to operate the cemetery today. Dale Cemetery was added to the National Register of Historic Places in 2013.

The Dale Cemetery, (at Claremont, near Sing-Sing,) Its Incorporation, Rules and Regulations, and the Dedication Addresses.. New York, N.Y.. Casper C. Childs, 1852. https://books.google.com/books?id=_4kvAAAAYAAJ