The Minnesota State Capitol was designed by architect Cass Gilbert (1859-1934) in the Italian Renaissance Beaux Arts, and Classical Revival styles. Completed between 1893 and 1905, it is often cited as one of the most most beautiful government buildings in the United States. Cass incorporated some architectural features of other state capitols and the national capital in Washington D.C. while adding a variety of a unique features. For example, the building includes the second largest self-supported marble dome in the world (it is 89 feet in diameter). Cass designed numerous other buildings including museums, state capitols and, notably, the U.S. Supreme Court building.

Inside the Capitol Building

The state Capitol as it appeared in 1905. 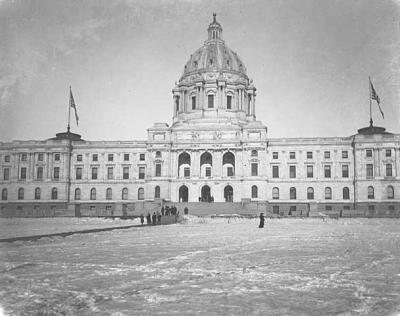 The Minnesota State Capitol features a limestone interior made from local stone. The interior also features marble from all around the world. 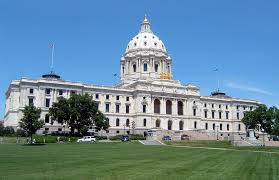 Closeup of the dome 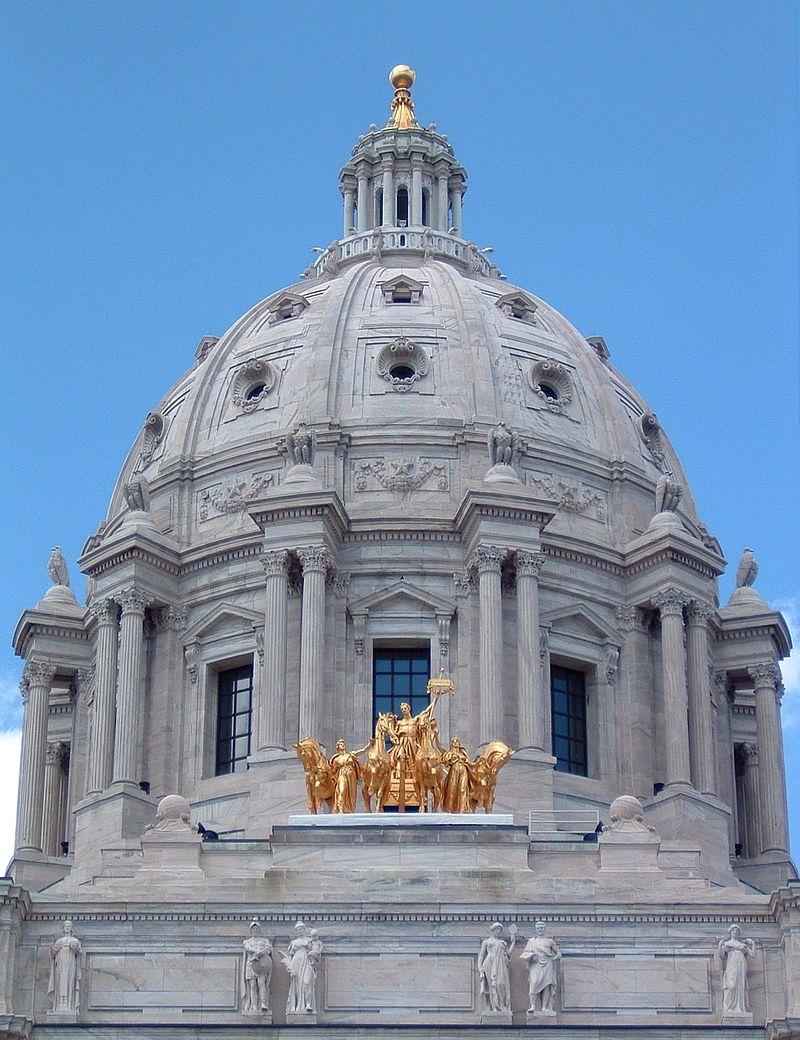 Minnesota's first capitol building was created during the territorial period and located at 10th and Cedar Streets. In 1881, this structure was destroyed by fire. Construction of a new capitol began immediately and in 1883, the legislature began meeting in its new home-a red-brick Victorian building. Despite its distinctive look, many residents believed that the replacement capitol was too small and did not provide the grandeur and gravitas of other state capitol buildings.

Twenty-four years after the previous state capitol building had been destroyed by fire, the current Minnesota state capital building opened on January 2, 1905. Thousands of residents and visitors traveled to St. Paul to witness the opening ceremony, while local papers boasted that theirs was the most beautiful state capitol in the nation.

The state government solicited bids and designs and decided to award the contract to Cass Gilbert, a leading architect of the era. Gilbert also directed the construction of 1,600 pieces of furniture and sculptures to ensure the interior was just as beautiful as the exterior of the building. Channing Seabury, a member of the Board of State Capitol Commissioners, served without pay for ten years in order to help in the construction effort.