This visitor's center offers information about Boston Common and the Freedom Trail, a two-and-a-half brick trail that links sixteen sites related to Boston before and during the American Revolution. Most decided to take the free self-guided tour option, although there are formal walking tours that include a guide available. Tour highlights include the home of Paul Revere, the site of the Boston Massacre, the Bunker Hill Monument, and the Old South Meeting House. While most sites are free to see, there are some that include an admission fee to enter. 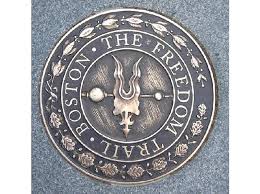 The Freedom Trail was conceived by journalist William Schofield in 1951. By 1953, his idea had become a reality and thousands of people were visiting and walking the brick-lined trail from Boston Common to the USS Constitution. In addition to this visitor information, the National Park Service operates a visitor's center on the first floor of Faneuil Hall.