The Ann Norton Sculpture Gardens is a historic art museum that showcases the work of sculptor Ann Norton (1905-1982). The two-acre property consists of her home and gardens, which includes 250 species of tropical palms and cycads. Norton had a distinguished art career. She was well-known around the world and exhibited her work in Rome, Paris, New York City, among other places. Her work is part of many permanent museum collections around the country and abroad. She is best known for her 'megalith' sculptures made of brick and wood; nine of them are displayed in the garden. The museum also offers temporary exhibitions of other artists and a variety of programs and events including concerts and lectures. The house was built in 1923 and is listed on the National Register of Historic Places. A fine example of the Monterey architectural style, which is also referred to as the California style, the house is a contributing property of the El Cid Historic District, which is also listed on the register.

The Ann Norton Sculpture Gardens showcases the work of sculptor Ann Norton and features a unique palm garden with 250 species of palm trees and cycads. 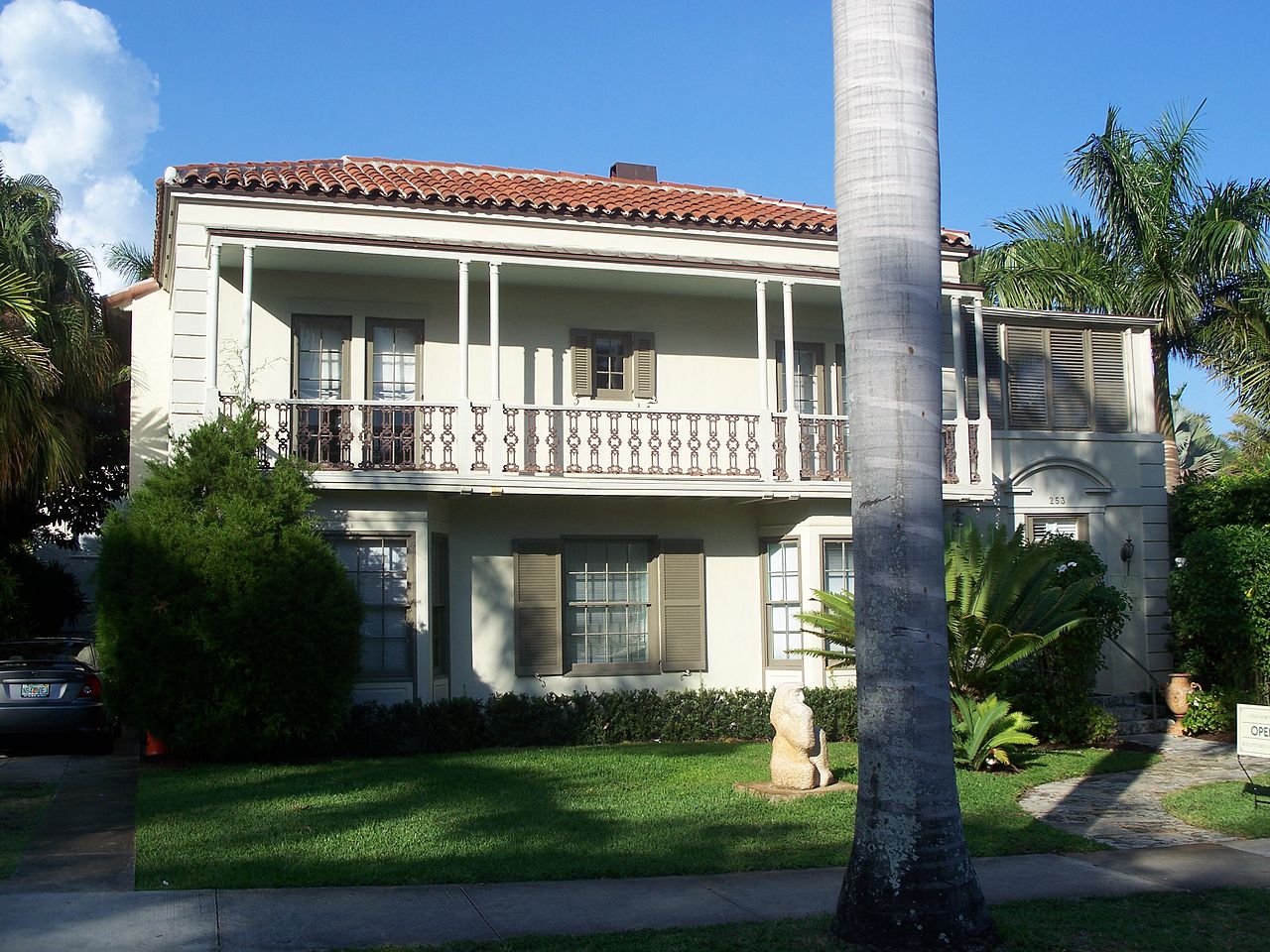 Ann Weaver Norton (Weaver was her maiden name) was born in Selma, Alabama in 1905. She took an interest to art when she was five and got her first sculpting tool when she was eight. As a young adult, she attended Smith College then moved to New York City in 1928 to study art, first at the National Academy of Design and then at the Cooper Union Art School. Interestingly, she had thought about becoming a missionary before deciding to settle in New York City. During the early 1930s, Norton started to write children's books to help pay for art school. These were Frawg in 1930 Boochy's Wings in 1931, and Pappy King in 1932. She depicted African-American children engaging in a variety of adventures. The majority of these characters were inspired from her childhood friends.

While Norton was at Cooper Union Art School, she was given the school's highest award for sculpture. She later received two Carnegie Traveling Fellowships in 1935 and 1940. During these years her work was shown in at the New York Museum of Modern Art and the the Whitney Museum of American Art.

She moved to Florida in 1942 to start teaching sculpture at the Norton Gallery and School of Art, which was owned by Ralph Hubbard Norton (1875-1953), who was a wealthy steel industrialist and avid art collector from Chicago. Ralph Norton was married at the time but his first wife passed away in 1947. By then, he and Ann developed a close friendship. They fell in love and got married in 1948, which is why her last name became Norton. Marrying Ralph enabled Ann to focus on her work and not worry about finances. She, in turn, encouraged him to buy works of other artists such as Cezzane, Matisse, and O'Keeffe. They were happily married for five years before he died in 1953. Norton then traveled to the American West, India, and Europe. She exhibited some of her work in Rome in 1960 and in Paris in 1976.

In 1977, she founded the Ann Norton Sculpture Gardens to preserve her art, house, and studio for future generations. She passed away in 1982 at the age of 76.