The Fitchburg Abolitionist Park commemorates the men and women of Fitchburg who fought for the abolition of slavery. Beginning in the 1830s, Fitchburg residents participated in local, regional and national antislavery movements. Multiple homes were stations or depots on the Underground Railroad. The Trinitarian Church was established in 1843 as an antislavery church. Beginning in 1854, nearly 50 Fitchburg abolition supporters emigrated to the Kansas territory to ensure Kansas would enter the Union as a free state. 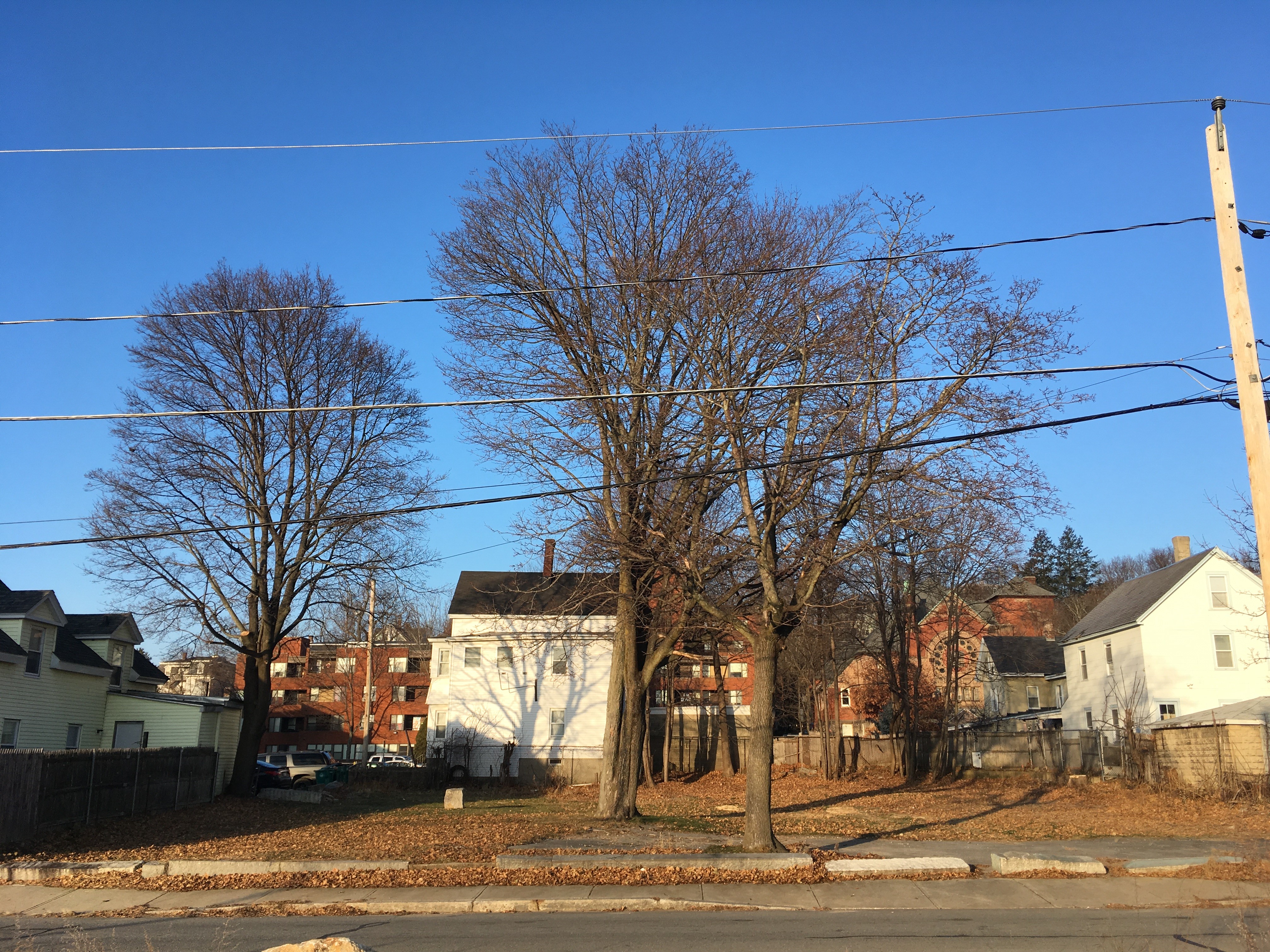 The home of Benjamin Farwell Snow, Jr. (1813-1892) was located nearby at Day and Waverly Streets. Snow’s estate was one of Fitchburg’s stations on the Underground Railroad which provided temporary shelter for escaped slaves making their way to Canada from the 1840s through the 1860s. The Samuel Crocker home (West Fitchburg), the William Marshall home (Grove Street), Thomas Palmer’s home (the Octagon House on Main Street), and Silas Hosmer’s home (Mount Elam Road) were other known stations. Benjamin Snow also hosted prominent abolitionists who visited and spoke in Fitchburg. They included: Frederick Douglass, Lucy Stone, Sarah and Angelina Grimke, and Wendell Phillips, among others.

The goal is to complete phases 1 and 2 of the Park’s development by June 19th 2021. This includes pre-development work and installation of a flagpole with a mini-stage at its base, three to four park benches, a perennial flower garden and three to five flowering trees, a brick walkway, lighting, fencing, and a sign with a historic inscription. In 2020, the final phase of development is planned for June 2022, or earlier. This includes installing several stone sculptures, reflecting Fitchburg’s rich abolitionist history and an inter-active display board, connected to a phone application, where Abolitionists “come to life” to tell their stories of activism and connection to Fitchburg.

Research by the Friends of Abolitionist Park.