This circa 1900 building stood in Mayport as the northern most terminus point for the Florida East Coast Railway branch line to Mayport. Henry Flagler bought the Jacksonville and Atlantic Railway and extended its track eight more miles from Pablo Beach to Mayport. He was changing his railway's source of fuel from wood to bituminous coal to improve its efficiency and cost. Mayport had the needed deep water access to bring in ships from the north to provide the coal to run his trains south. It is painted the same "Flagler yellow" as all of the FECR depots.

Mayport Conductor Harry Tedder on the left. His daughter, Elizabeth Tedder and unknown conductor to his right. 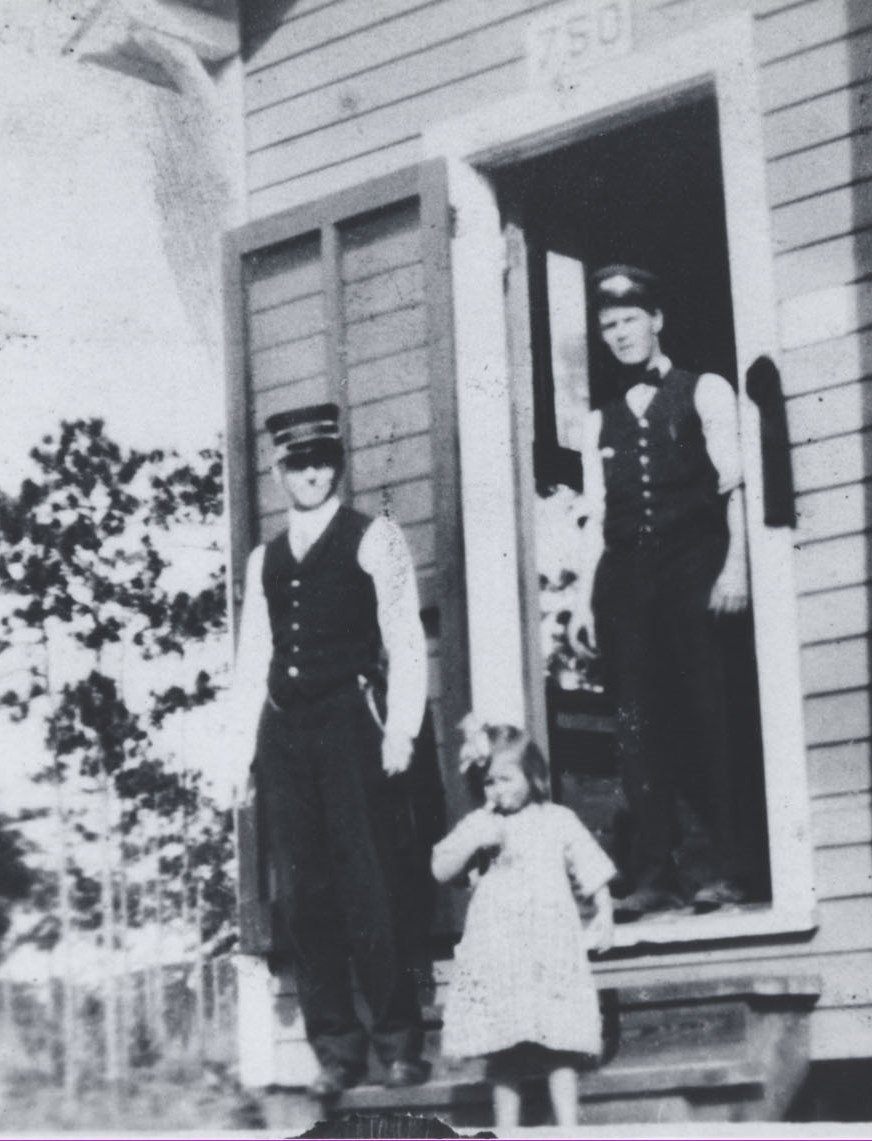 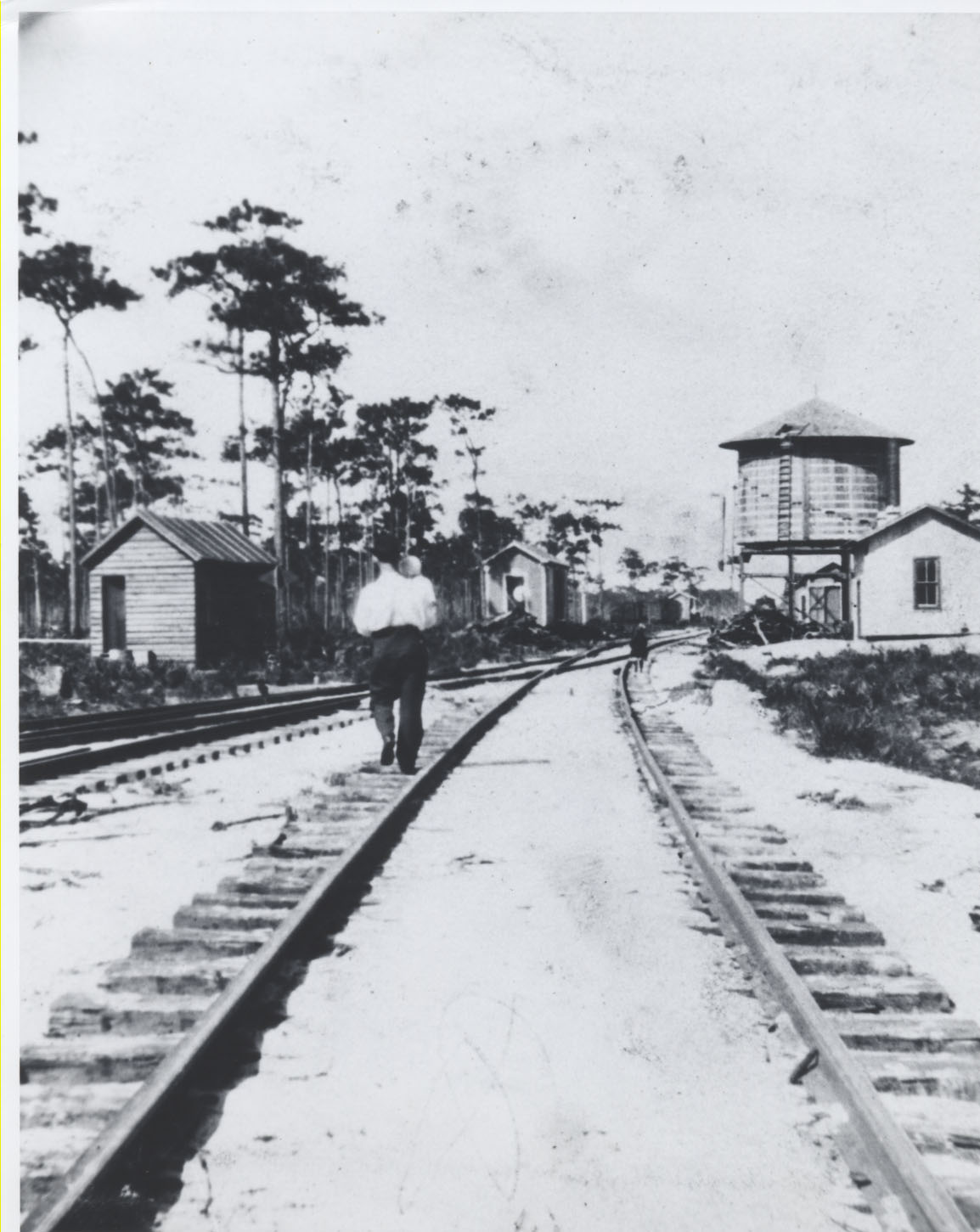 Mayport Depot on Pearl Street in Mayport in 1981, prior to being moved to the Pablo History Park. 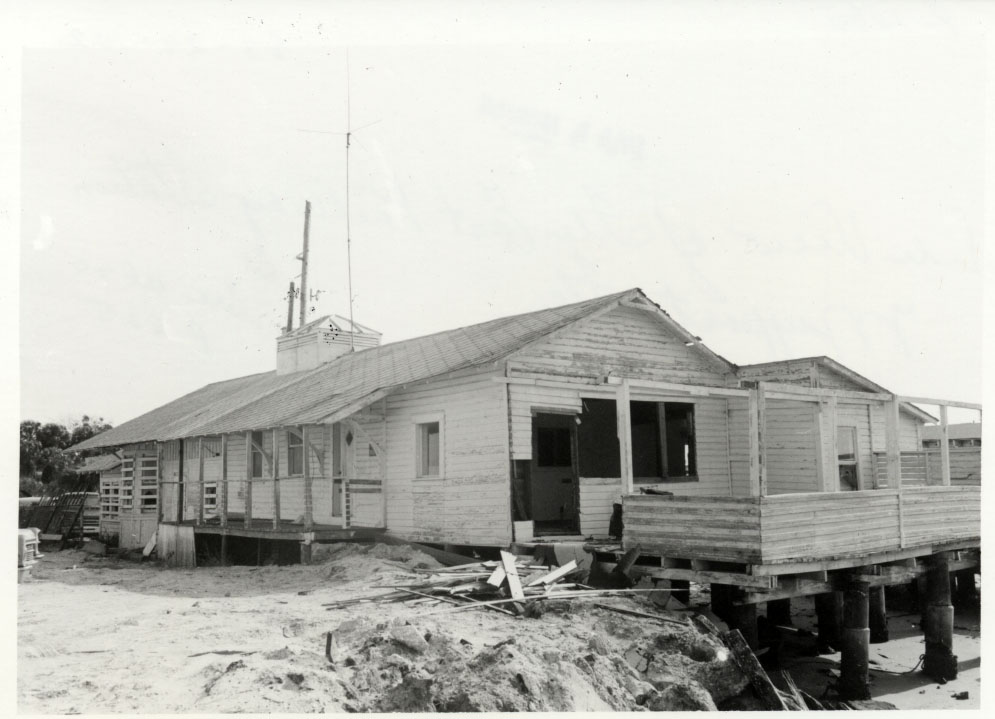 This depot served the Mayport branch of the Florida East Coast Railway (FECR). The branch operated from 1900—1932. In FECR lore and history, there is something special about the Mayport branch. The Mayport branch was, for some years, a fairly heavy commuter operation with numerous stations. It was the only FECR branch for which separate passenger timetables were issued. Because Flagler believed so strongly that Mayport area would be a major summer resort, he built the FECR Hotel Company’s only summer-season property, the Continental, in Atlantic Beach with its own depot.

The lower portion of the building contains the station master’s office, ticket booth, and passenger waiting room. In 1900, a one day round trip excursion ticket from Jacksonville to Mayport cost 50 cents, which is equivalent to $15.36 in 2020 money. The station master’s office equipment included a telegraph, essential to the streamlined and safe movement of the railroad.

The upper portion of the building is the freight room. The double door on the front allowed for freight to be off-loaded directly into the room. Double doors on the back were used for pick-up. The thousands of packages people sent daily that were too large for the U.S. mail went by railway express. In small depots like Mayport, the stationmaster’s duties included serving as express agent.

After the rail line ceased operation to Mayport in 1932, this building was used as part of a home and a bar and restaurant. It was moved from the port area in Mayport to the end of Pearl Street, and finally to the Beaches Museum in 1981.