For over 90 years, stoves were a big business in Newark. Few factories bring back the same number of memories for locals as the Wehrle Stove Company. Although its ownership changed hands several times, leading to many name changes, the factory was well-known. From the company's beginnings in the 1880's to the final demolition of the factory building in 2010, the Wehrle Stove Company had a long and colorful history.

This case displays a variety of objects, including artillery shells made at the Newark Stove Company, employee ID badges, and tools used by workers. 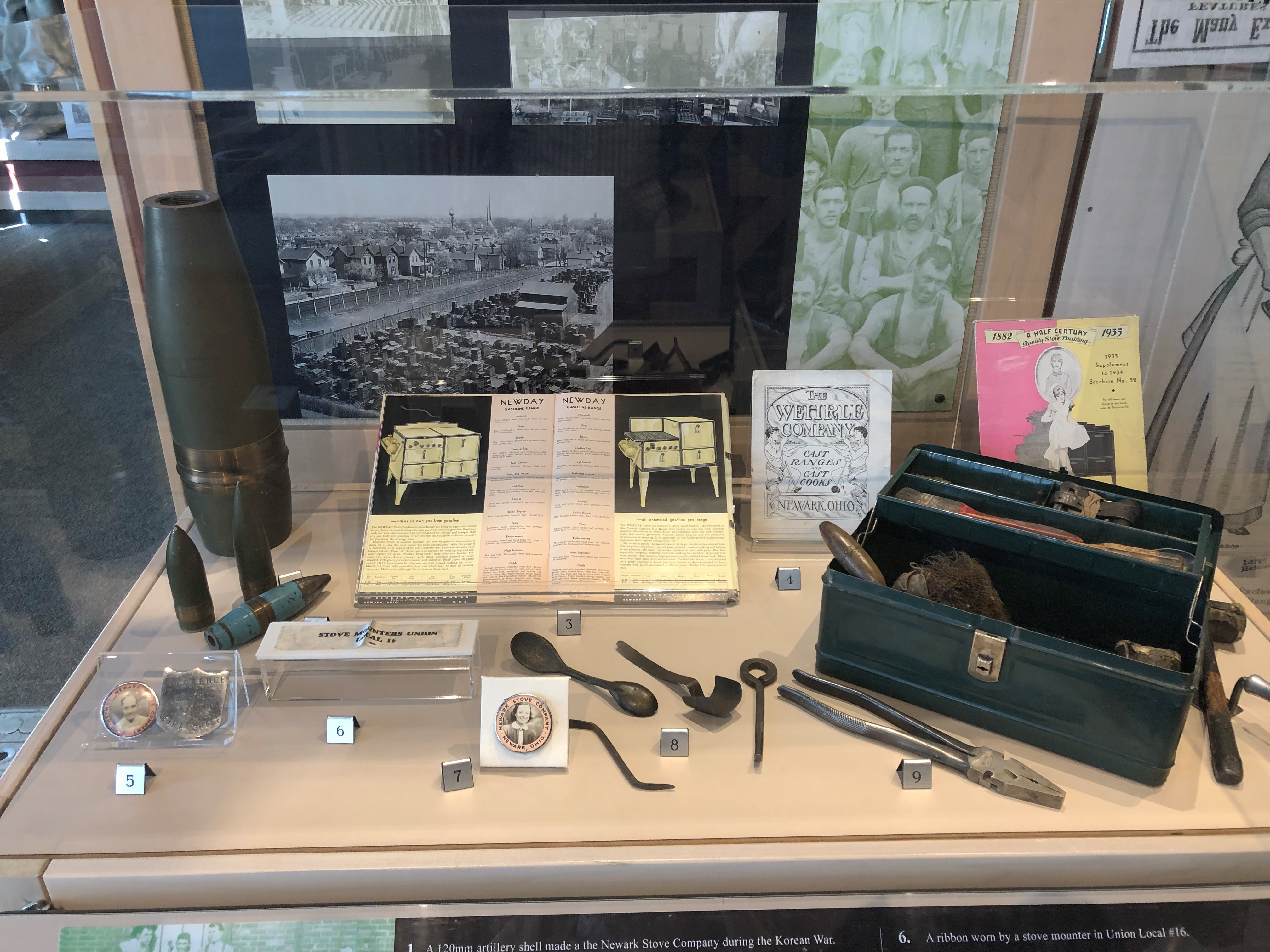 Gas stoves like this were quite common. This stove was made at the factory in 1940 and was designed by Herman Francis Lieber. 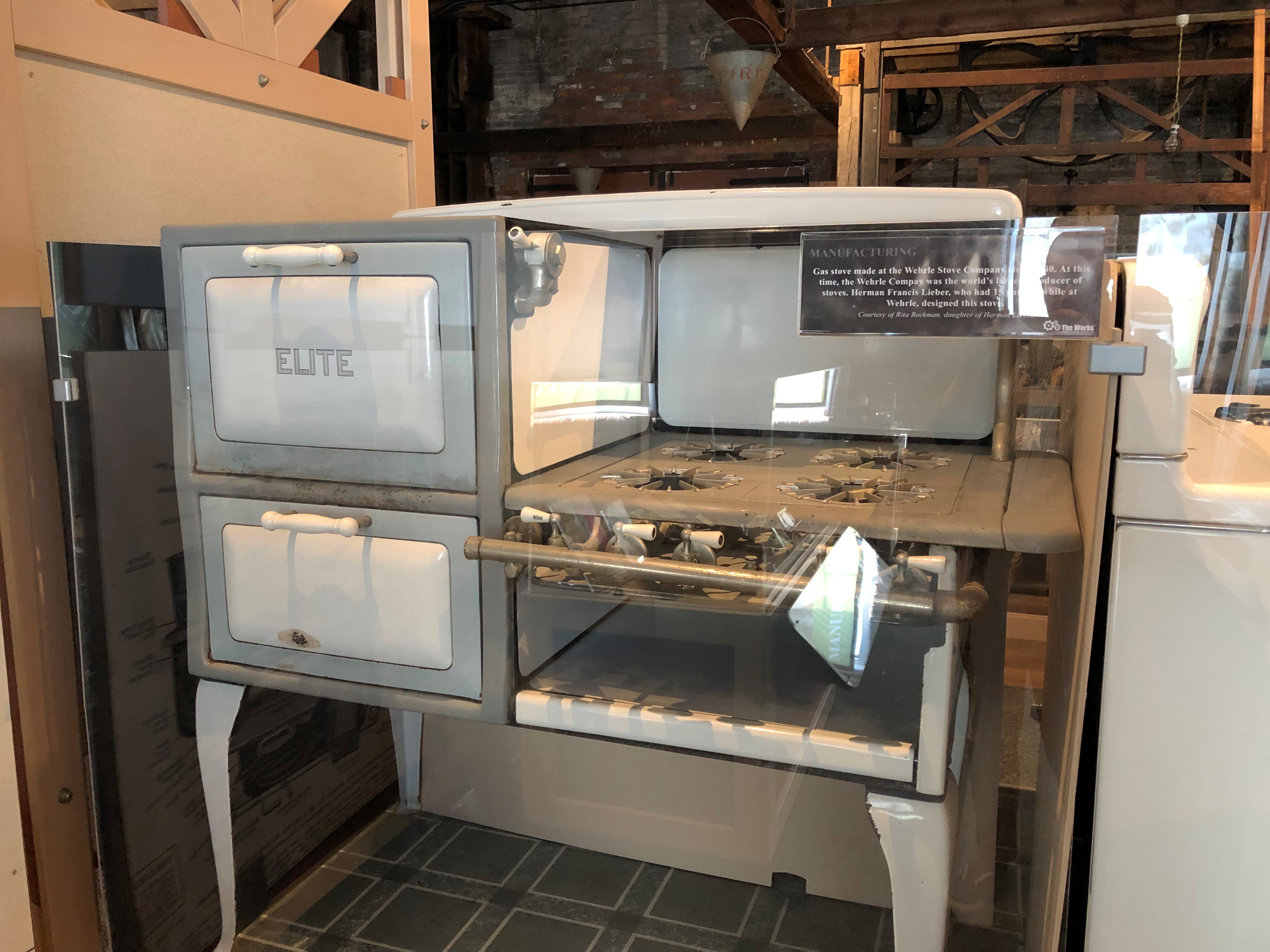 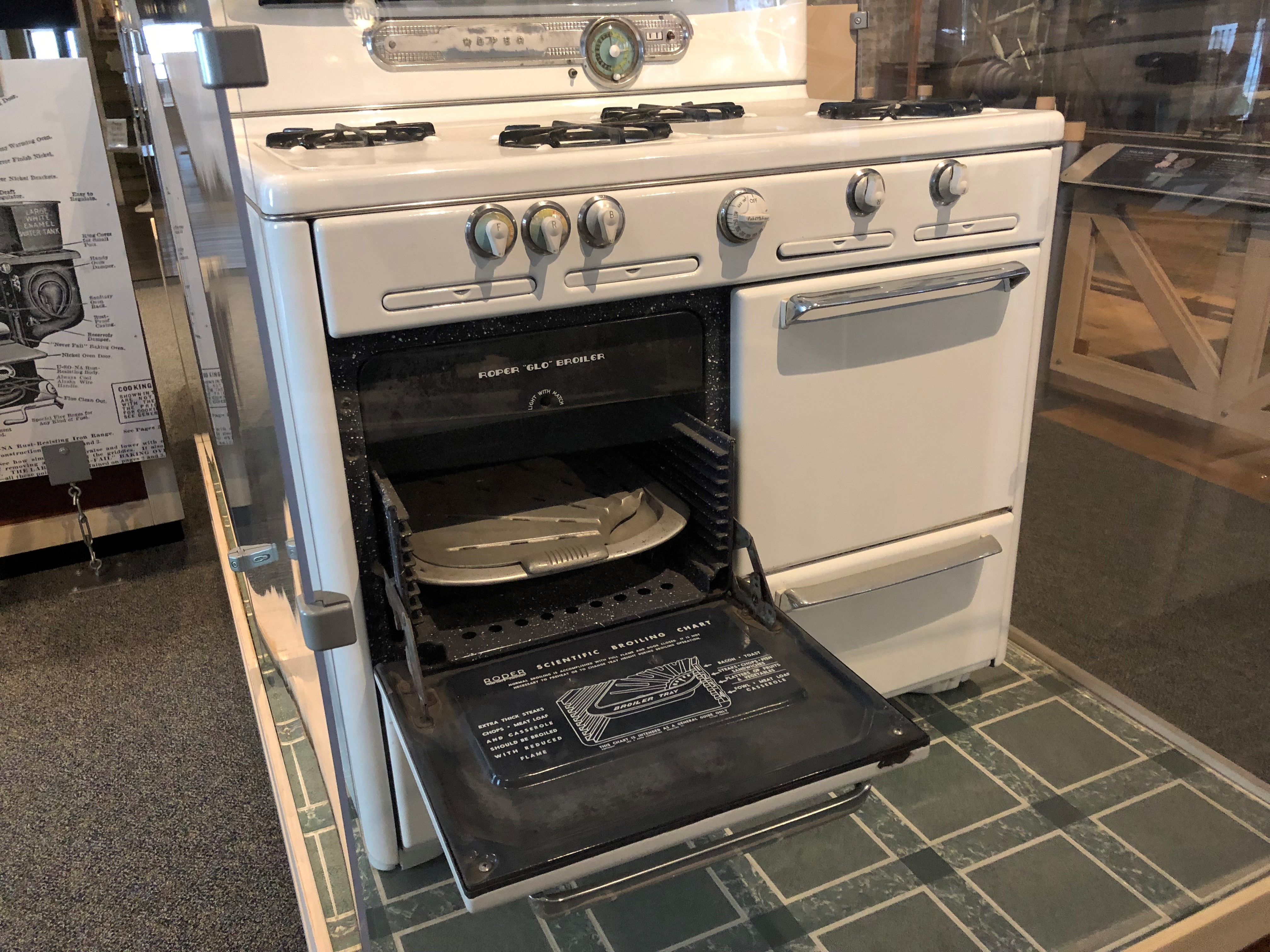 In addition to stoves, the factory made other cast objects. This agricultural boiler was made around 1900 and could be used to boil down a variety of things. 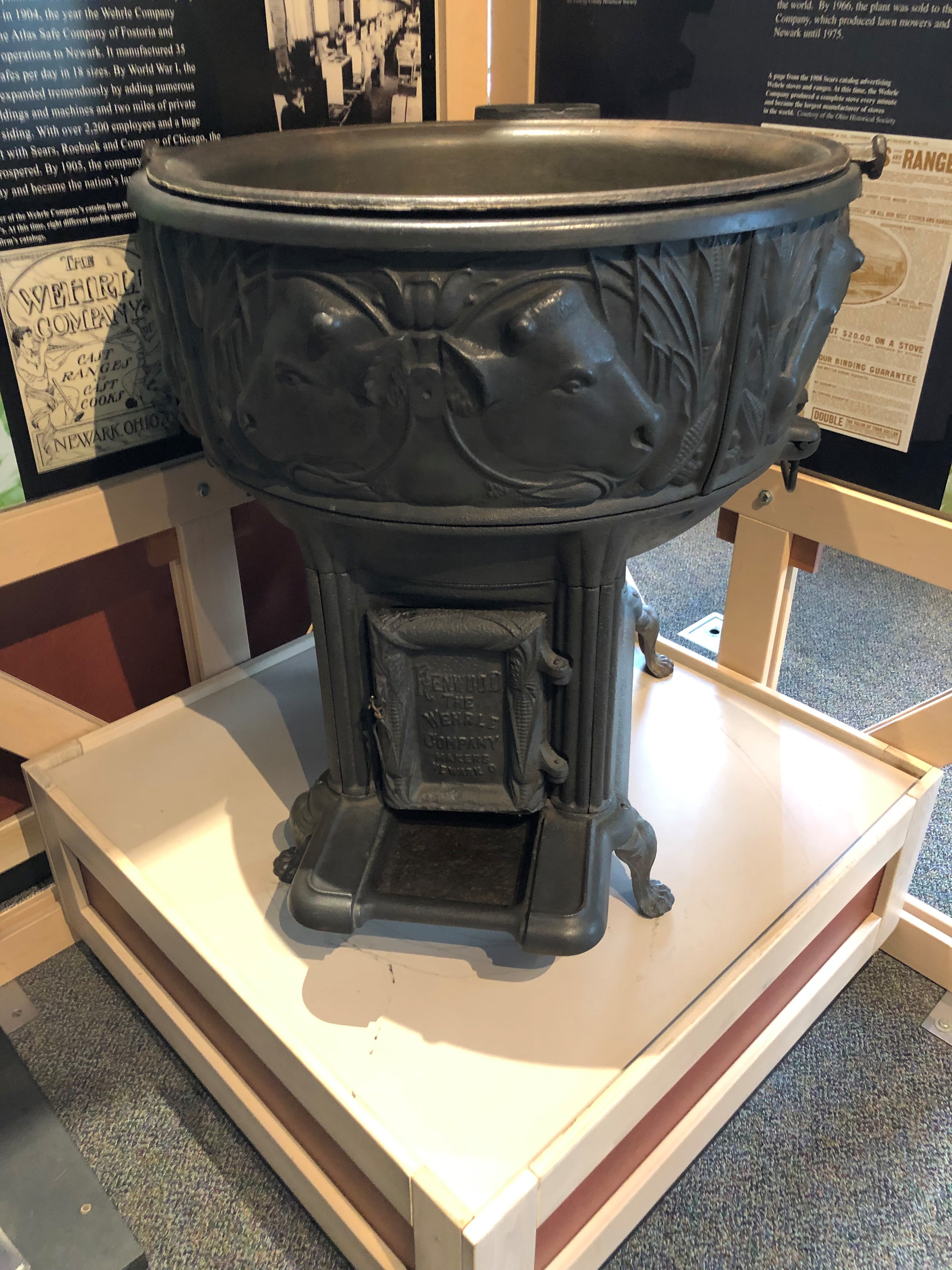 During wartime, the factory produced artillery shells, such as this one. 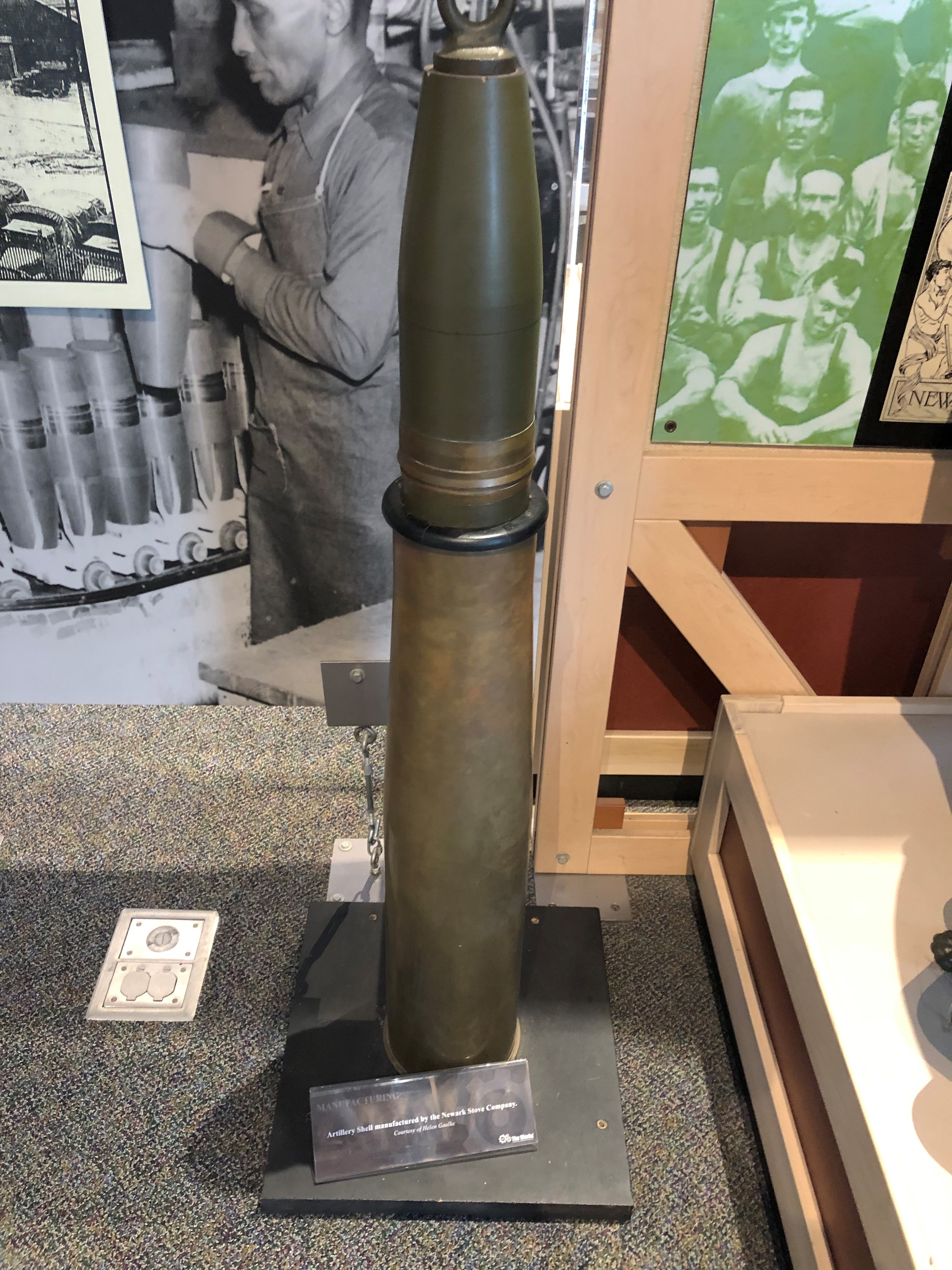 Stoves on the production line in the factory. 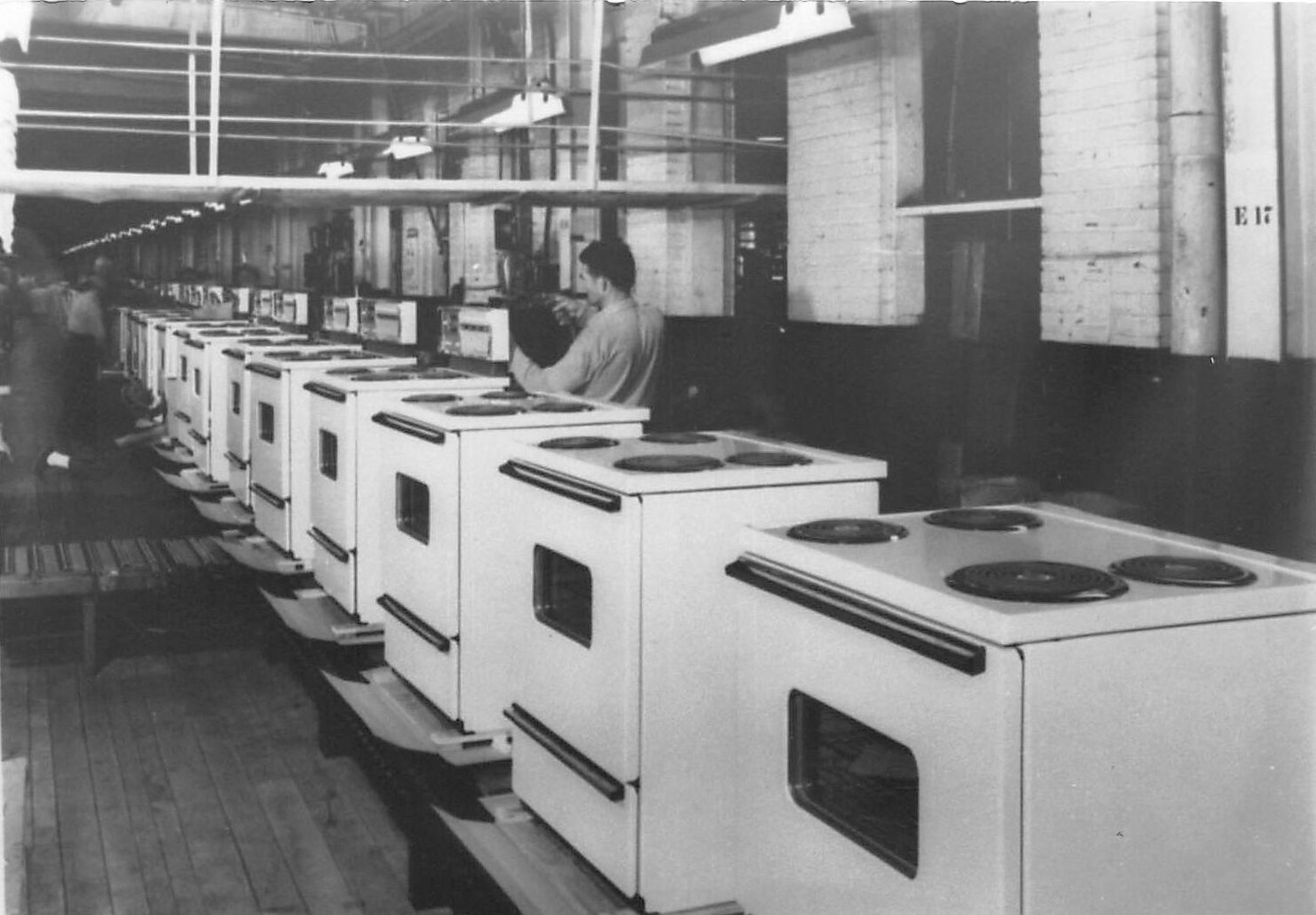 Aerial view of the Wehrle Stove plant on Union Street in Newark. 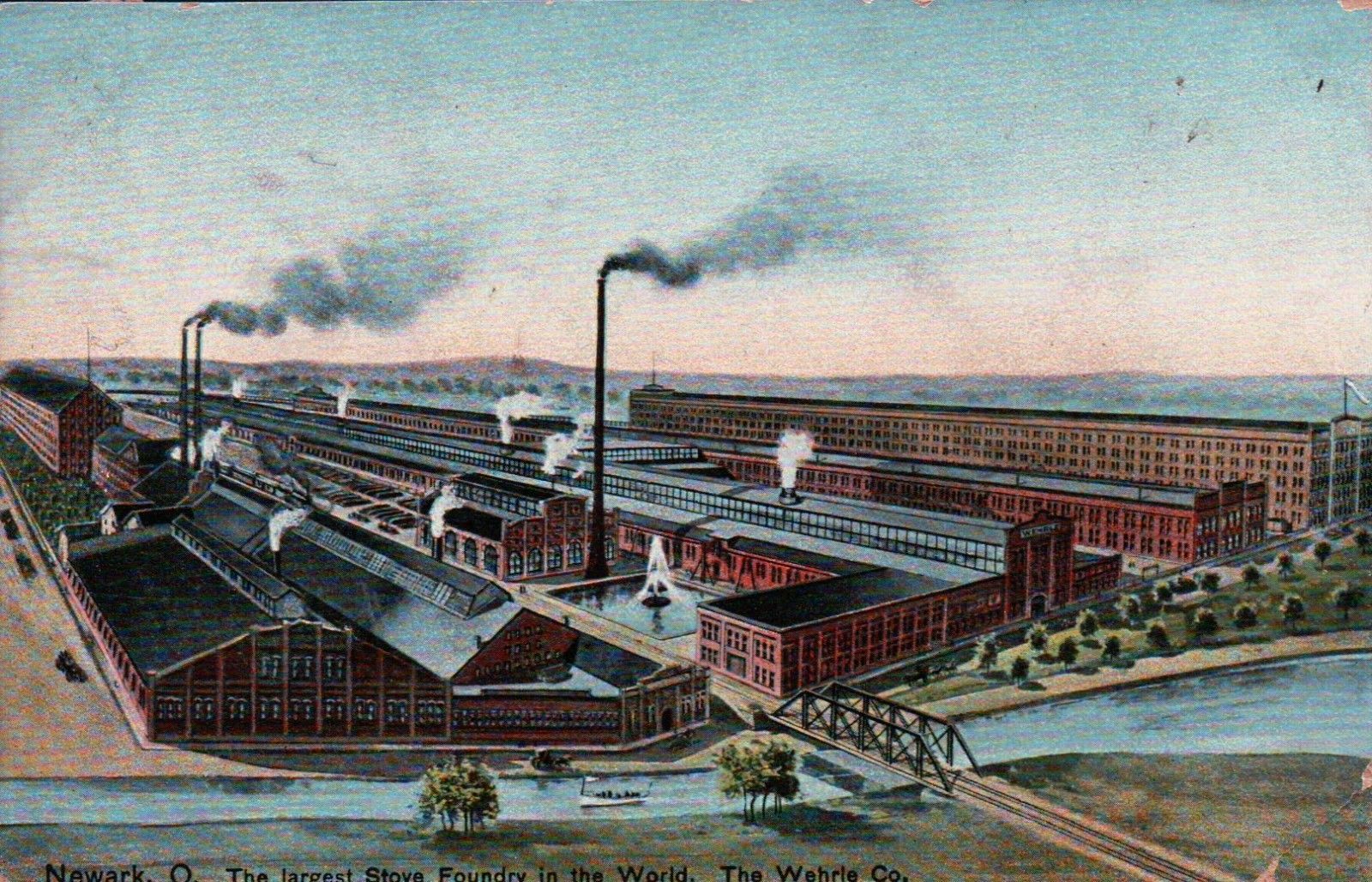 An early picture of the Wehrle site before expanding across the railroad tracks. 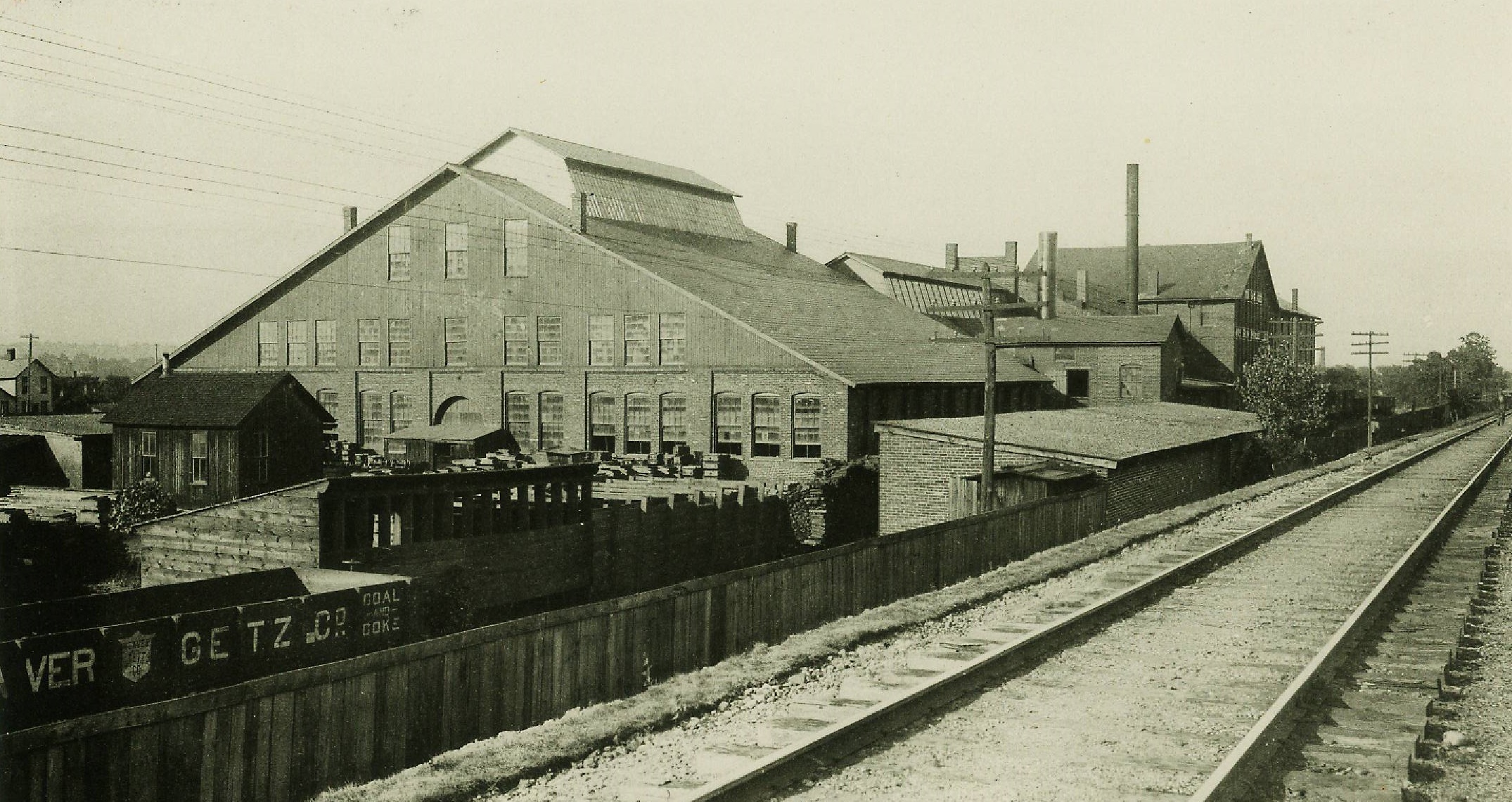 The Wehrle Company had its beginnings in 1883 when James Moser established an iron foundry on Buena Vista Street in East Newark at the abandoned Blandy Machine Works. This firm manufactured iron farm implements, iron building fronts, fencing, and cast iron stoves. By 1885, Joseph Wehrle became a partner and production shifted almost entirely to stoves. By 1889, the name of the company was Moser, Wehrle and Company. In January 1890, Wehrle purchased Moser's interest in the firm. Within three months, however, Joseph Wehrle died and his two sons, William and August, took over control of the Wehrle Company.

By 1900, the plant moved to west Newark on Union Street. The company incorporated in 1904, the year the Wehrle Company purchased the Atlas Safe Company of Fostoria and transferred operations to Newark. It manufactured 35 fireproof safes per day in 18 sizes. By World War I, the company expanded tremendously by adding numerous large buildings and machines and two miles of private railroad. With over 2,200 employees and a huge contract with Sears, Roebuck and Company of Chicago, the firm prospered. By 1905, the ocmpany produced 600 stoves per day and became the nation's largest stove manufacturer.

In 1935, the stove manufacturing operation was sold to the Florence Stove Company, but the new organization experienced financial difficulties during the Great Depression. By 1939, the Newark Stove Company took over operation of the plant and introduced their first electric range to the market. During World War II, the firm produced shell casings for the war effort in addition to stoves.

By 1945, Sears, Roebuck and Company purchased the controlling interest in the firm and produced Kenmore Stoves in Newark. Power lawnmowers, introduced in 1952 by Sears, were also made in the city. In 1958, it enjoyed a reputation as the largest producer of power mowers in the world. By 1966, the plant was sold to the Roper Company, which produced lawn mowers and stoves in Newark until 1975.