The oldest burial ground in the Town of Ossining, Sparta Cemetery was established before the Revolutionary War as the burial place for a Presbyterian congregation that is now called the First Presbyterian Church of Ossining. The land on which the cemetery is located was given to the Presbyterians by Frederick Philipse, lord of Philipsburg Manor. The earliest known burial in the cemetery dates to 1764, while the most recent interment was made here in 2007. The cemetery contains an interesting collection of sandstone and marble tombstones that mark the graves of some of Ossining's early residents.

Tombstone of Anna and Abraham Ladew in Sparta Cemetery. 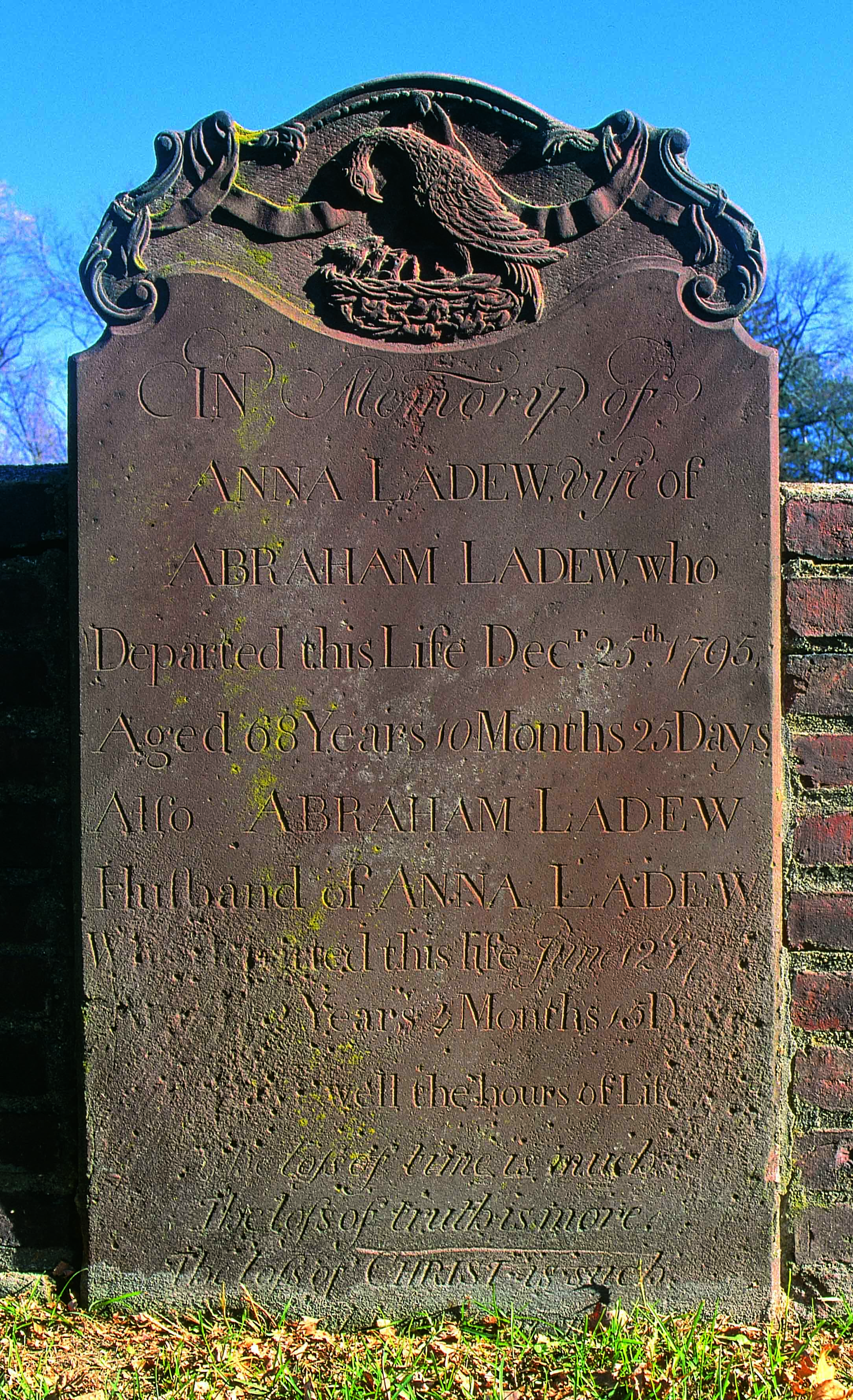 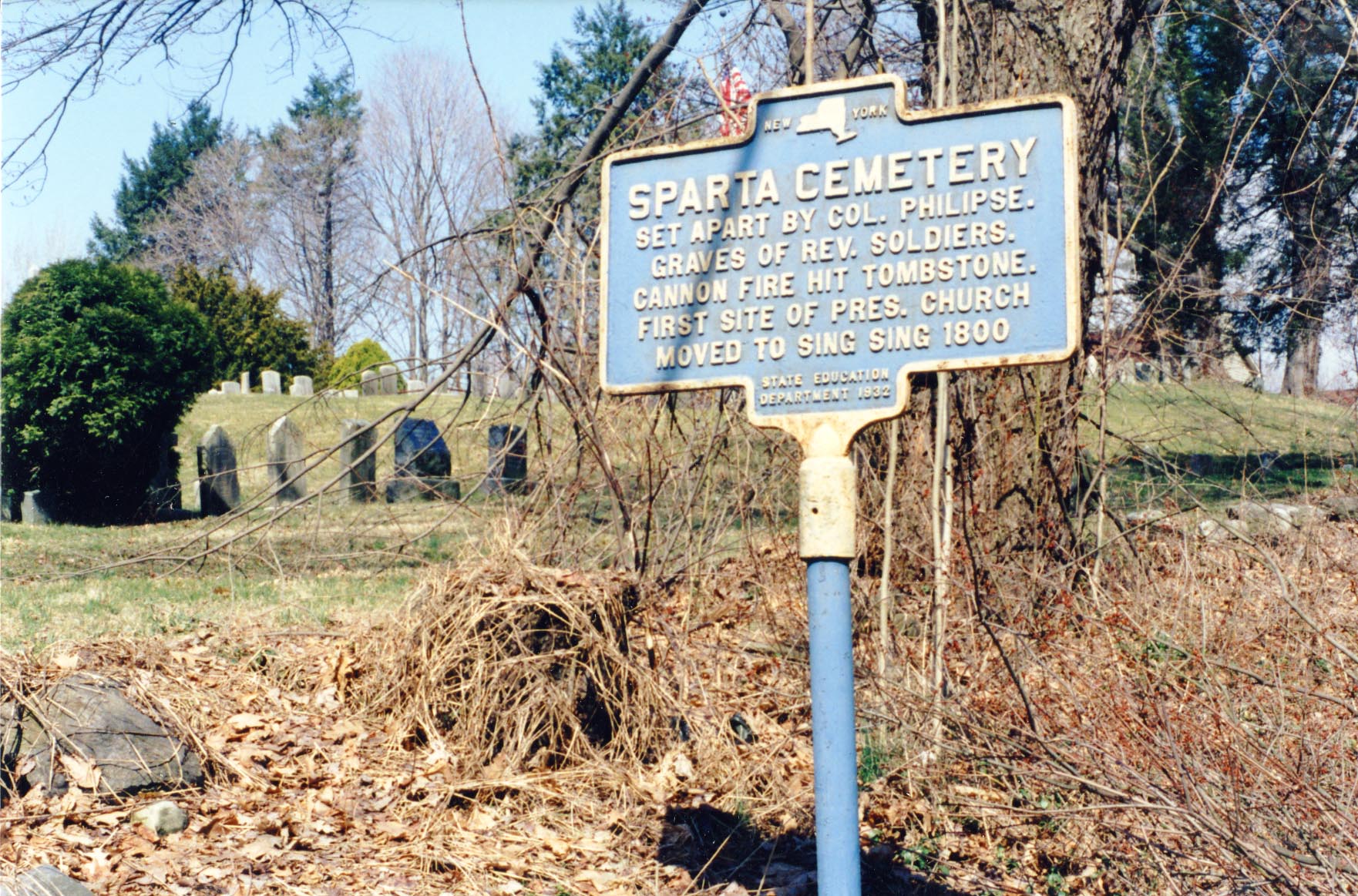 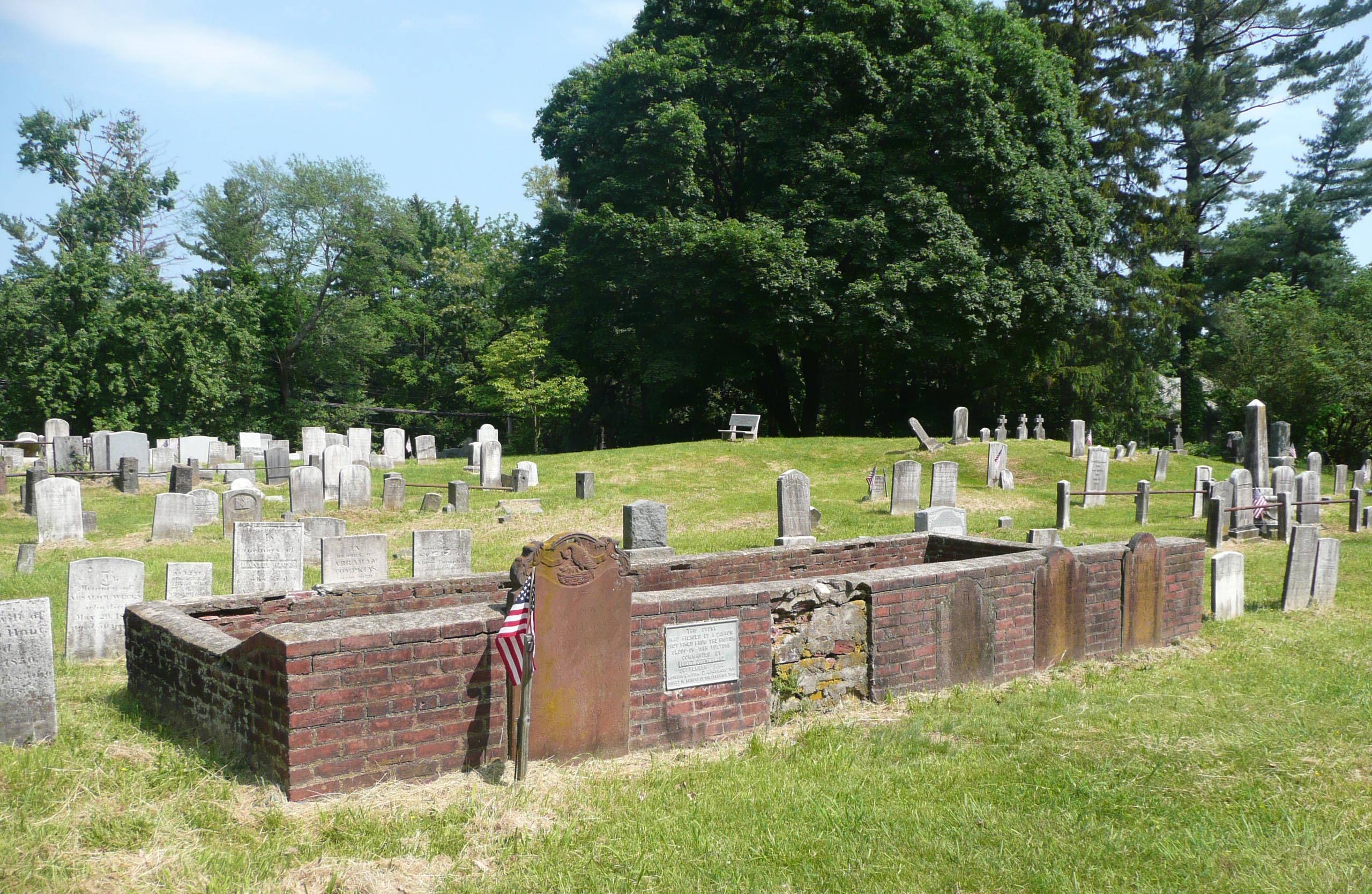 Prior to the outbreak of the Revolutionary War, all of the present Town of Ossining was part of Philipsburg Manor. Frederick Philipse, lord of the manor, gave a parcel of land to the Presbyterians living in the Ossining area to serve as a location for a church and burial ground. The congregation built a church on the west side of this two-acre parcel along what is now called Revolutionary Road in 1768, and used the remainder of the property as a burial ground. The first identifiable interment in the cemetery, that of Sarah Ladew, was made in 1764. Sarah's tombstone, as well as several others that mark the graves of her relatives, have been inserted in a brick wall that surrounds the Ladew family plot. This wall was constructed by the executors of the estate of her father, Abraham, who left a stipulation in his will directing that them to build this enclosure.

The opening of Dale Cemetery in 1851 would signal a decline in the number of burials made at Sparta Cemetery, as families preferred to buy plots in the new rural cemetery. However, interments still continued to be made at Sparta Cemetery. Perhaps the most notable burial in the cemetery is that of the Leatherman, who traveled throughout the Hudson Valley and Connecticut wearing a suit of leather during the mid-to-late 19th century. The Leatherman died in a cave in Ossining and was buried in a pauper's grave near the southeast corner of the cemetery.

At the northwest corner of Sparta Cemetery is a small enclosed plot that was established as a family burial ground by James Boorman, who gave the name of Scarborough to the railroad station near Sparta along the Hudson River Railroad. When Boorman established this plot in the 1860s, it was a separate burial ground from Sparta Cemetery, and remained so until 1927 when the Boorman family deeded the parcel to the First Presbyterian Church of Ossining.