The Center of the Universe

At the intersection of North Fremont Ave and 35th St North stands a guidepost which has been called the exact Center of the Universe for decades. The story of the sign's origins is as follows, two scientists are having a chat in a bar in 1991, and come to the conclusion that there is no evidence for a center of the universe, so why not right there? This signpost can help tourists and weary travelers alike to the well-known troll sculpture under the Fremont bridge, the statue of Lenin, and the Sunday market, for those more adventurous it can point you in the direction of the North Pole, the Guggenheim, and the lost city of Atlantis. To understand the significance of the Landmark as well as how Fremont unofficially succeeded from Seattle we must take a look back at the history of Fremont as a whole.

Lumber advertisement published in 1904, one of the earliest depictions of Fremont being at the center of everything. 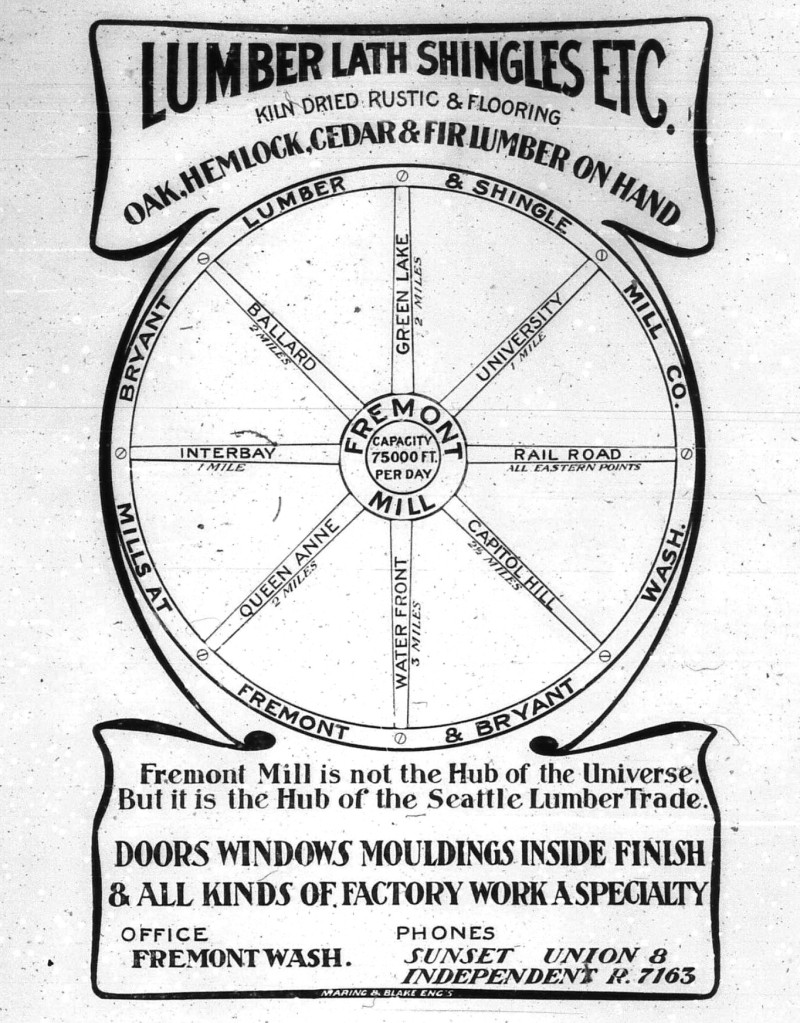 A picture of the Signpost at the Center of the Universe, it actually went missing in 2019 and the city made a replacement. 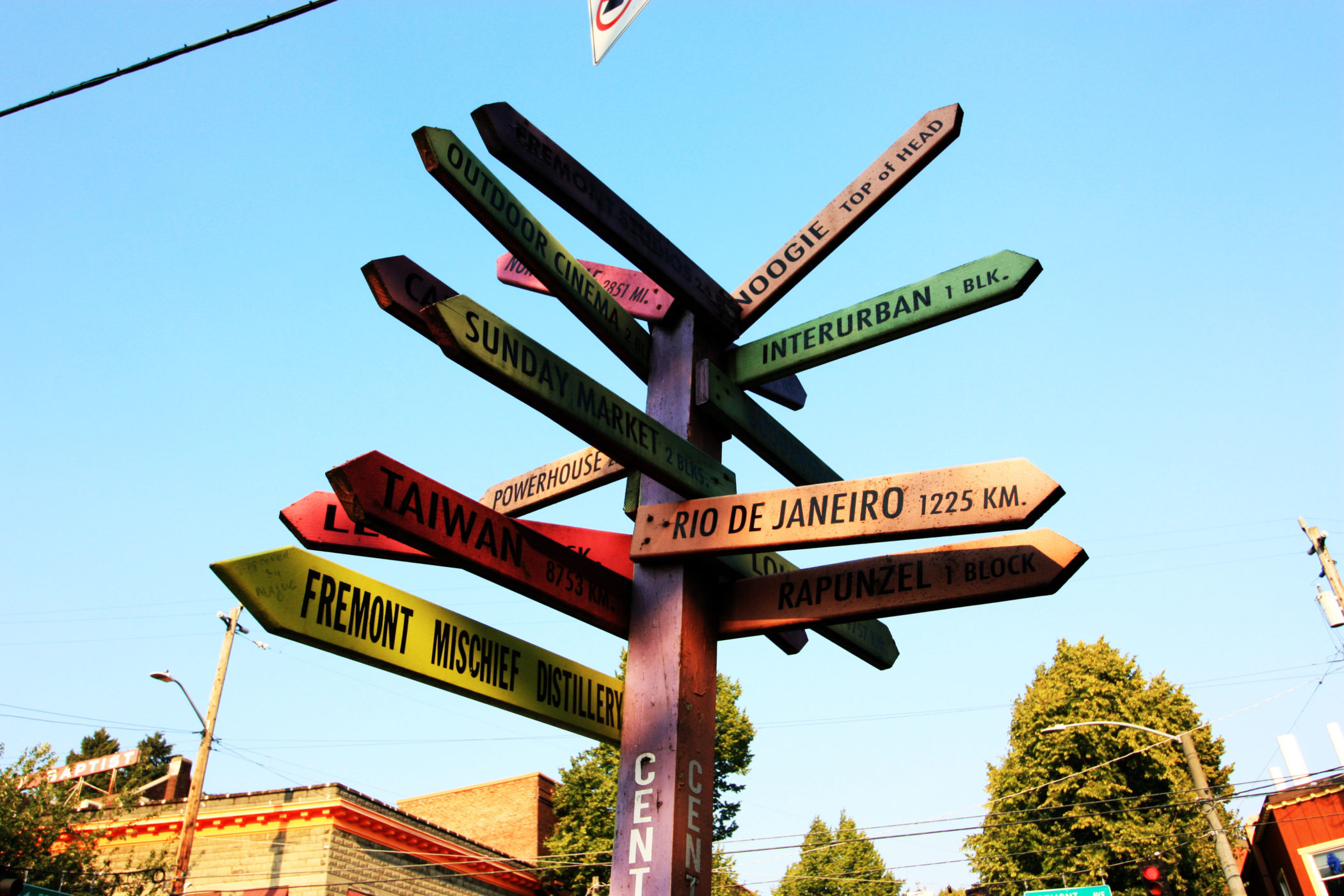 After the Great Seattle Fire on June 6, 1889 a man named Edward C. Kilbourne was given the responsibility of restoring Seattle's streetcar system. He took this opportunity to extend the streetcar line along Westlake Avenue to Fremont in the hopes it would bring more business to his flourishing neighborhood. Fremont was now the major transfer point and thus began the notion that Fremont was at the “center of everything”. This was only elaborated on when a new railroad, the Interurban went right through the center of Fremont. A statue called the “Waiting for the Interurban” was made to commemorate the massive impact this had on the development of Fremont, which has an arrow pointing to it on the Center of the Universe Guidepost.

Fremont, however, would not continue to remain the bustling transit point it was. In the 1940s Seattle moved on past the streetcar system and scrapped the old rails to be paved over. Fremont was still a part of the city, it just no longer had the status of being the single converging point that it once had. By the 1960s Seattle's entire economy was slowing down due to the major industries beginning to lay off workers. Seattle as a whole slumped into an economic depression often called the ‘Boeing Bust’ referring to Boeing being one of the largest employers at the time having significant workforce cuts. The population declined as many people left the city and property value shrank.

The more affordable housing allowed a large group of artists to form in Fremont despite the economic hardships. The reputation of Fremont began to change from the industrious transit center to the art and activism focused community. In 1972 the first annual Fremont Fair was held. The growing sense of community was only emphasized when Seattle decided it wanted to declare boundaries of Neighborhoods and the Signpost declaring itself as the Center of the Universe went up. At the 1994 Fremont Fair a vote was held to succeed from the city of Seattle, as well as the United States as a whole and won, declaring themselves the Artists Republic. They Specify not as a Foreign Nation, but as a Imagi-nation.

Some may call the Signpost at the Center of the Universe silly, but it epitomizes what a landmark should be. It pays homage to the past while reveling in the future. It points the way to other significant statues and landmarks through Fremont to lead people to walk and enjoy the streets for themselves. It encourages people to learn about the history of the neighborhood, without being too overbearing and it does all that without taking itself too seriously in a way that truly demonstrates the unique place that is Fremont. There may not be evidence that it is the Center of the Universe, but there certainly isn't any disproving it.

Laney, Kirby Lindsay. Declared, Decreed, and Determined To Be an Independent ImagiNation, The Fremocentrist. July 4th 2011. Accessed May 27th 2020. https://fremocentrist.com/commentary/declared-decreed-and-determined-to-be-an-independent-imagination/.

Valarie. Fremont at the Center of the Universe, Wedgwood in Seattle History. June 11th 2019. Accessed May 27th 2020. https://wedgwoodinseattlehistory.com/2019/06/11/fremont-at-the-center-of-the-universe/.