John Temple’s 1840s garden relied heavily on the fruit trees he could acquire locally, and was enhanced by the seeds he imported. In the 1930s, landscape architect Ralph Cornell honored that history and, in keeping with the golden age of gardening, added two orchards for the Bixby family. By locating the primary orchard on the south side of the adobe, Cornell ensured that the shady orchard trees would cool the hottest part of the house in warm months, while the sun would help warm and protect these trees during the cooler months. 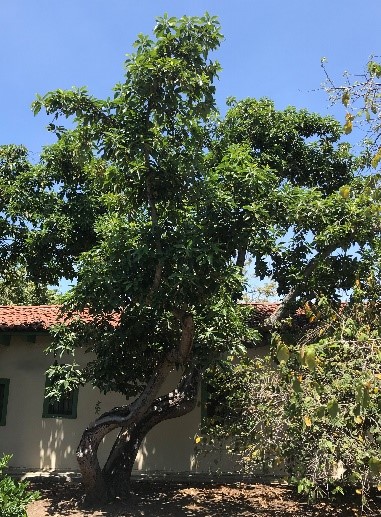 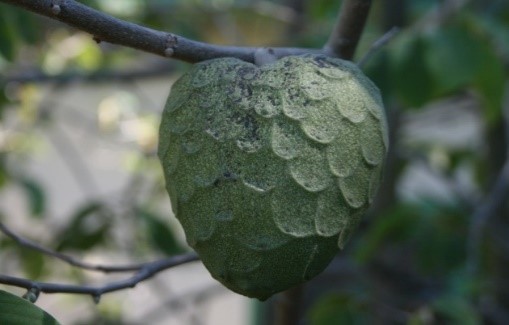 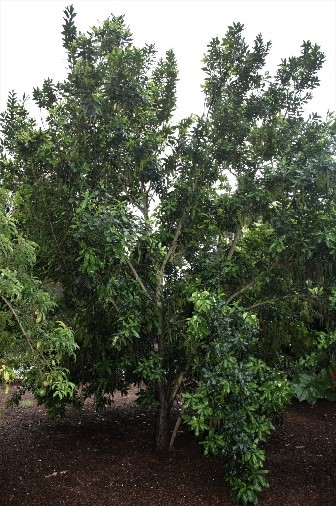 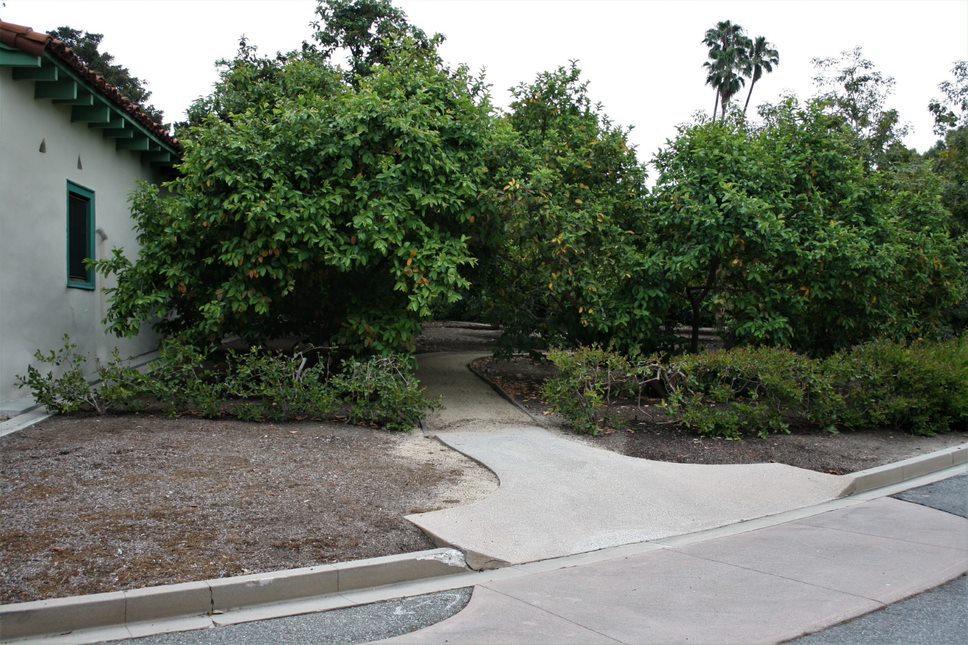 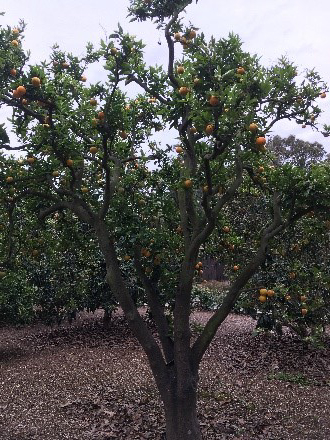 Standing sentry to the orchard path’s entrance are several tropical guava trees, and the hedge boundary is formed of sub-tropical guavas. Just inside the hedge are a trio of loquat varieties, which are native to Japan and were imported to California by the 1870s.

Three varietals of oranges were planted in the orchard, along with lemon, lime, tangerine, and avocado. It is interesting to note that Cornell propagated avocados while attending Pomona College to finance his education at Harvard in Landscape Architecture.

There are two macadamia trees in the orchard. These Australian natives did especially well in Hawaii and their popularity spiked during World War II, when service personnel passing through the islands acquired a taste for the rich nuts.

When the cherimoya was introduced to California from South America, it was discovered that the native pollinator could not survive in this climate. To produce a larger quantity of fruit, each flower would have to be hand pollinated (which is sometimes done by commercial orchards, but not at RLC).

The sapote, which is native to central Mexico, has a pudding-like texture when ripe. Oddly enough, sapote and citrus belong to the same family.