Built in 1706, this house was built for Lazarus Manly of Boston. Manly was hired by Southold Town to run the windmill on the western end of town. In return for agreeing to move to the area and run the mill, the town granted Manly four acres of land as part of his employment. If you don't see the house rotate the screen view! 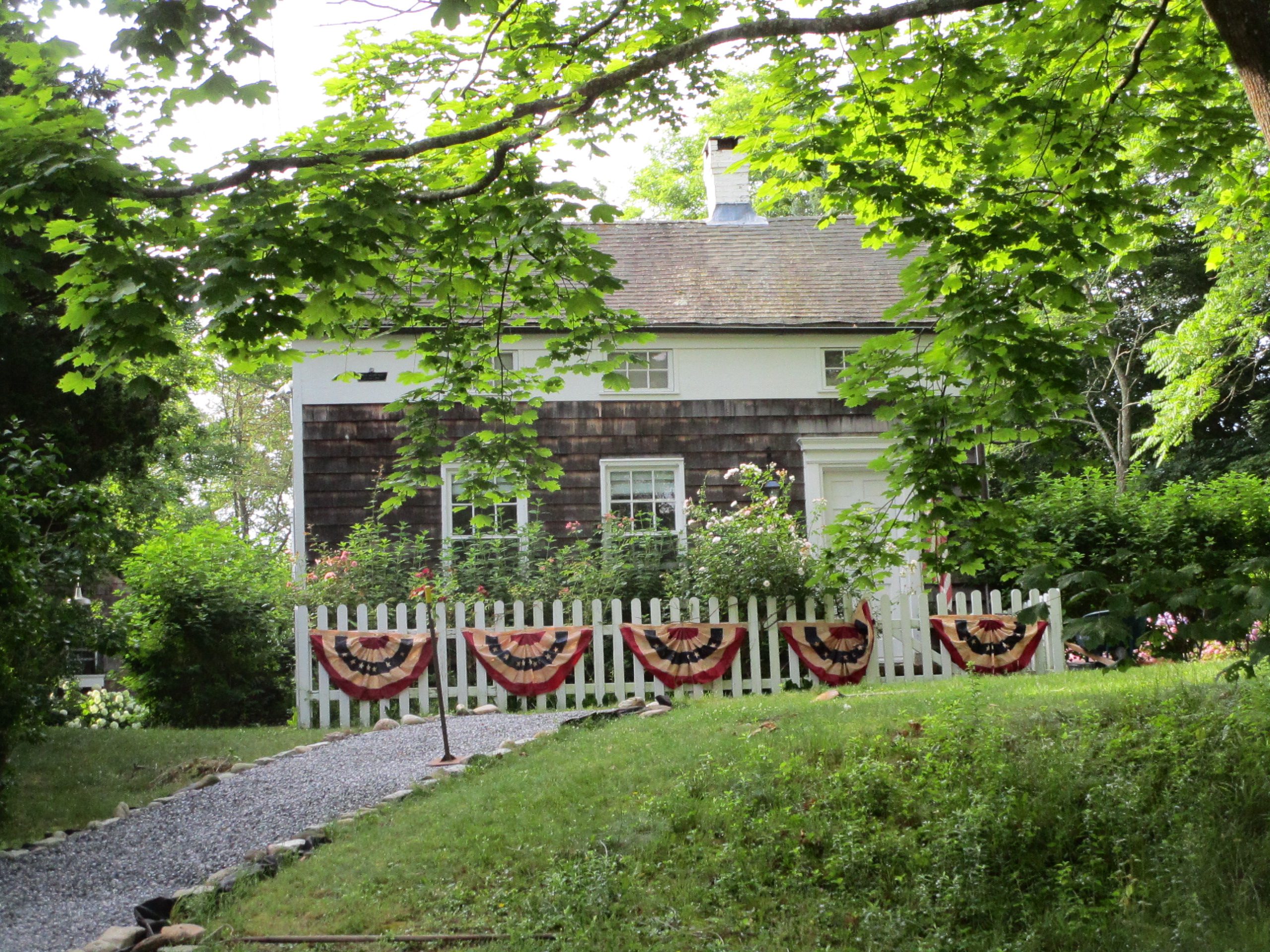 This one and a half story building is a typical Long Island style home. The house has an old millstone built into the basement 's foundation wall and the rear wing is thought to be the former carpenter shop of Gamaliel Bennett (1775-1848). Manly's original windmill stood on the hill near the house on the other side of the Main Road. It was replaced in 1810 with a windmill built by Nathaniel Dominy V (1770- 1852). The Great Western Windmill, replaced the Dominy windmill. Then the Dominy mill, which still stands, was later moved to Shelter Island in 1839 and now is part of Sylvester Manor.