For nearly fifty years, Torlone's Community Bakery was a Huntington staple. It was founded by Italian immigrants Peter and Maria Torlone, who settled in Logan, West Virginia in 1912. In 1946, the family moved to Huntington and opened a bakery at 637 Eighth Street, which they moved to 817 Eighth Street during the late 1950s. Around the same time, the Torlones opened a second bakery across from Huntington East High School, which quickly became popular among students. Over the years, as sons Dominic, Louie, and Al took over the business from their parents, both bakeries proved successful and offered a wide variety of baked goods, from donuts and salt-raised bread to fancy wedding cakes. The family was equally devoted to community service, frequently donating baked goods to local churches, veterans’ homes and the City Mission. Torlone’s Community Bakery closed on March 4, 1995. Between 1999 and 2015, the former bakery on Eighth Street was home to Francois Pastry Shop, but the building is not currently occupied by a business. 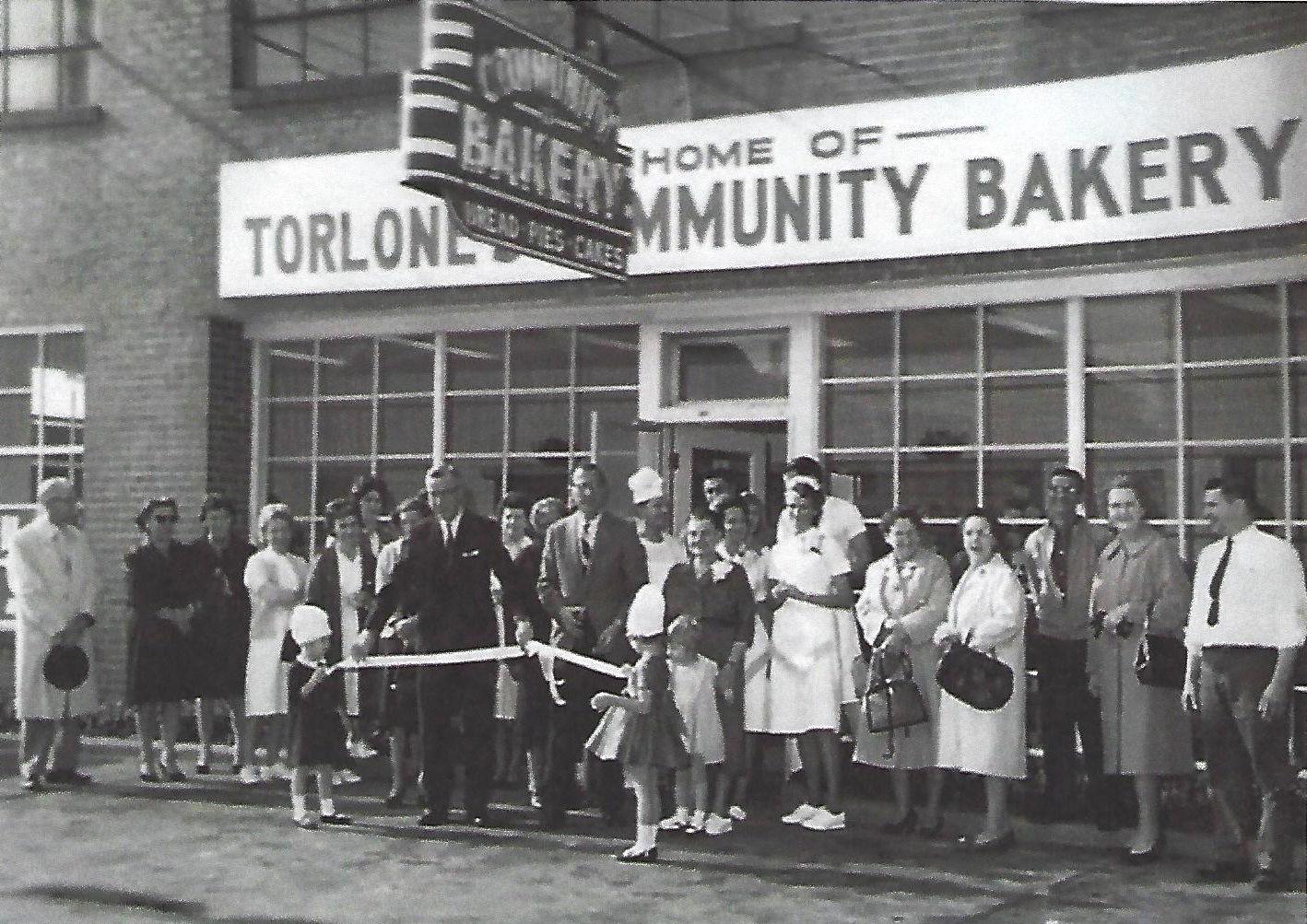 Dominic Torlone and staff behind the counter 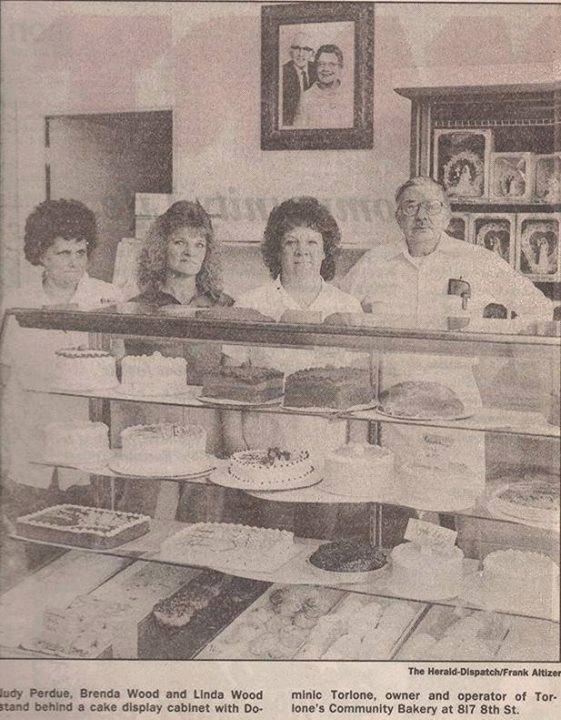 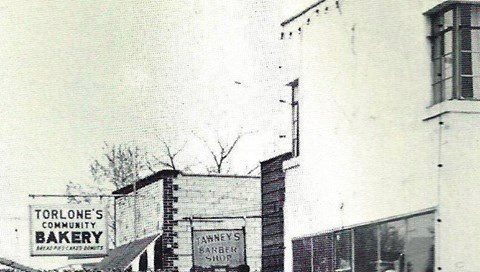 Ad for Torlone's at its first location, circa 1955 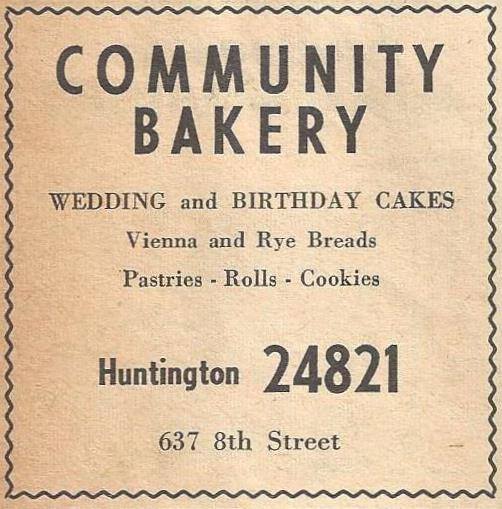 Ad for the two Torlone's locations, circa 1957 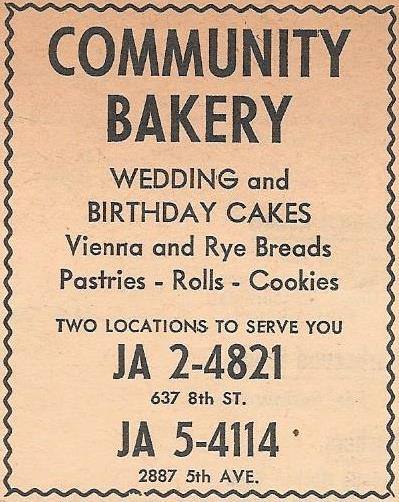 Ad for Benzol Cleaners, circa 1955 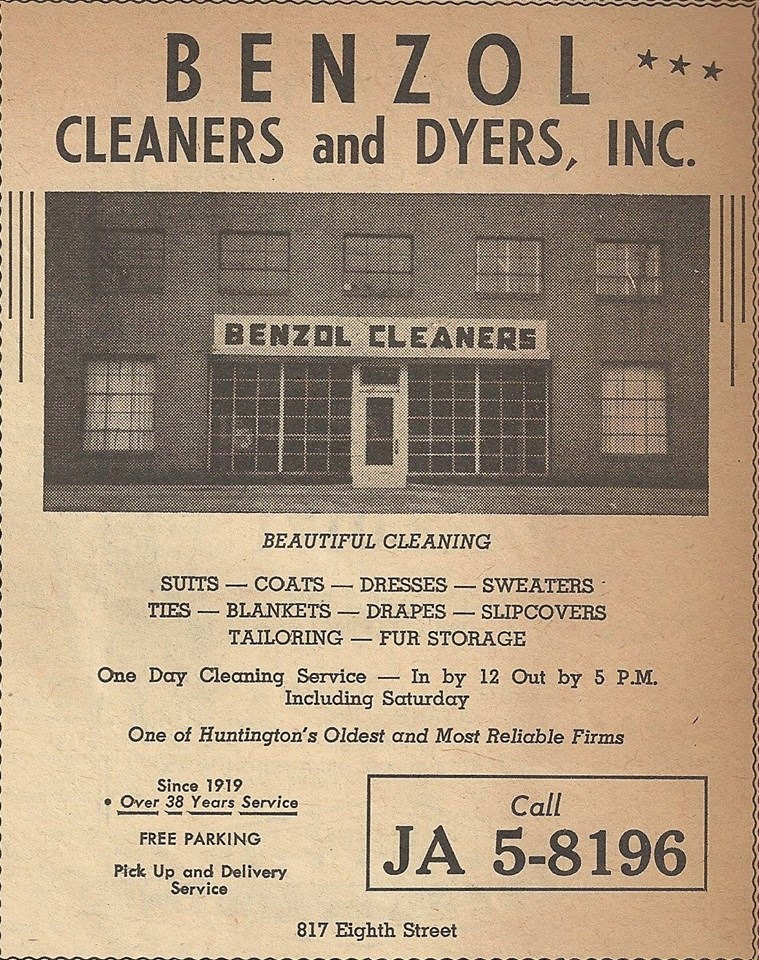 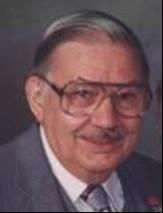 Between 1880 and 1920, tens of thousands of European immigrants came to West Virginia to work in the state’s emerging industries. Italians were among the largest of these ethnic groups, and by 1910, over seventeen thousand had come to the state, comprising thirty percent of its foreign-born population. Among these immigrants were Pietro “Peter” and Carmela Maria Torlone, both from Navelli, a town in the Abruzzo region of central Italy. The Torlones arrived in Logan, West Virginia in 1912, where Peter Torlone soon began baking bread. While in Logan, the Torlones had three sons: Louie on November 14, 1924; Dominic on April 7, 1926; and Alfred on June 25, 1932. In 1946, the family moved to Huntington, where they opened a modest bakery at 637 Eighth Street. The bakery proved so successful that, by the late 1950s, the Torlones moved it to a larger building at 817 Eighth Street, which had formerly housed Benzol Cleaners and Dryers. Around the same time, they opened a second Torlone’s Bakery across from Huntington East High School at Fifth Avenue and Twenty-Ninth Street.

Louie, Dominic, and Alfred Torlone took over the business as their parents aged, and kept it running after Peter passed away in 1974 and Maria died in 1985. Over the years, Torlone’s Community Bakery grew into a local favorite, serving the Huntington community a wide range of baked goods. Treats like donuts, cookies, eclairs, and cream horns offered customers a quick breakfast or snack, while elaborately decorated cakes were available for special occasions like weddings and birthdays. Along with desserts, Torlone’s was well-known for its bread, which it made for a number of local restaurants. The bakery provided the rolls served alongside spaghetti dinners at Jim’s Steak and Spaghetti House, as well as the buns for sandwiches served at Victor’s Deli and Mollettie’s Pizza.

For many, Torlone’s was more than just a bakery. Customers were treated like family friends, and many often stopped by regularly for conversation with the owners. Dominic Torlone, who worked the day shift, was well-known for providing a cup of coffee, advice, or a hug to his neighbors and customers. While providing a welcoming atmosphere inside the bakery, the Torlones were also committed to giving back to the local community. Each week, the bakery donated baked goods to local churches, the Huntington City Mission, and the Veterans Home in Barboursville. After the tragic Marshall University plane crash on November 14, 1970, the Torlones emptied every last shelf to feed the rescue workers.

After almost fifty years in business, the Torlones closed their bakery on March 4, 1995 and began their retirement. In 1999, the Eighth Street location became home to Francois’ Pastry Shop, operated by Francois Lethier. Known for its elaborate wedding cakes and authentic French pastries, the shop closed in 2015. In recent years, the three Torlone brothers have all passed away: Dominic Torlone died in January 2012, Alfred in December 2012, and Louie in October 2013. While the brothers and their bakery are no longer present, the family legacy has endured in Huntington. In 2018, the Torlones were honored as the 2018 Italian American Business Family of the Year at the Italiano! Italian festival in Huntington. Today, the former Eighth Street bakery still stands, but it does not currently appear to house any businesses.