Here we can see another outcrop of the Farm River, the same waterway we took a closer look at earlier in this tour. This time we are greeted with a wide-open quarry and salt marshes, as well as a spectacular view of one of the prominent birds you can see through this watercourse, the Osprey. Along the channel, you can see multiple perching points that have been set up to give these birds a place to nest and raise their young. 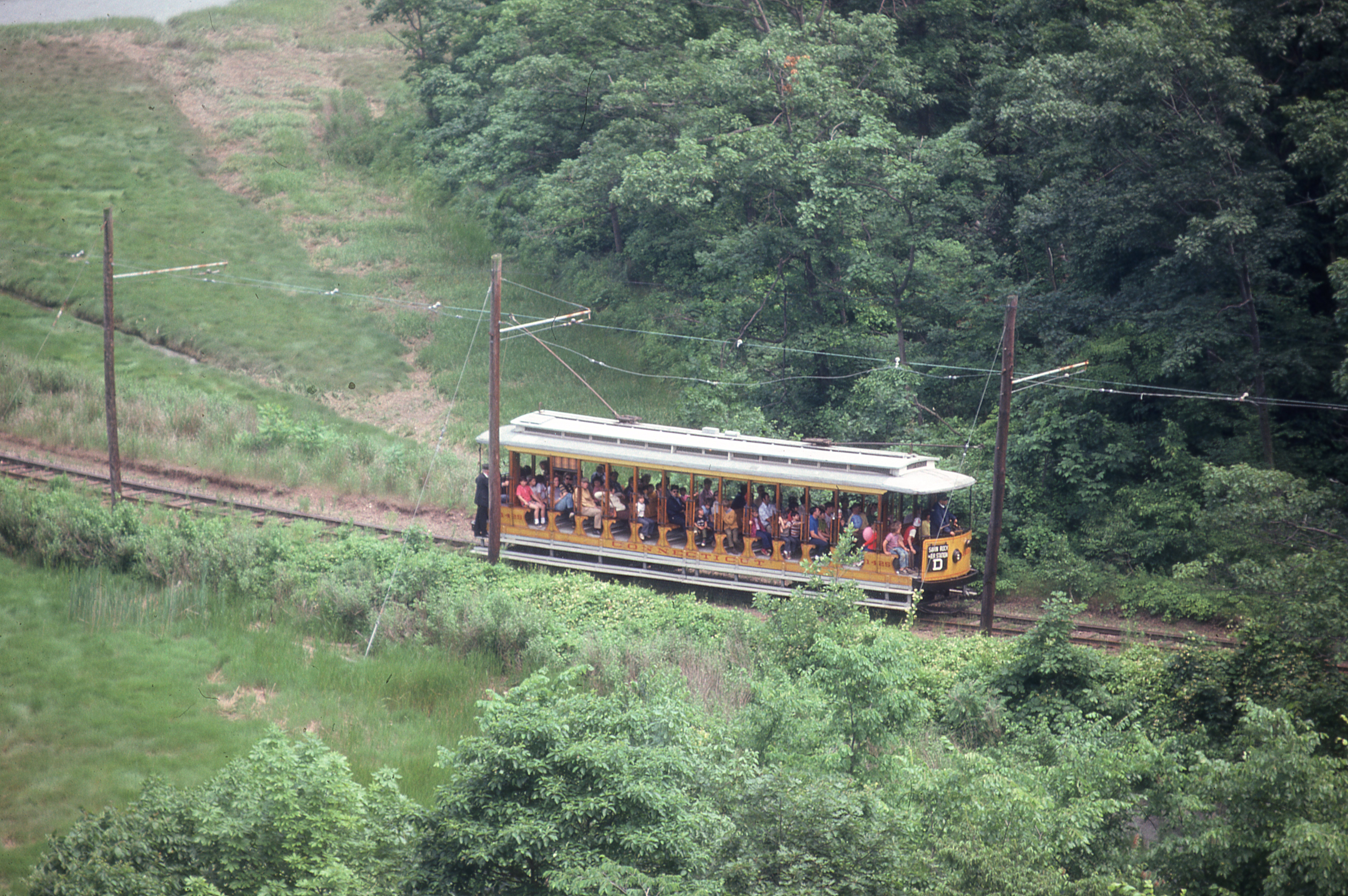 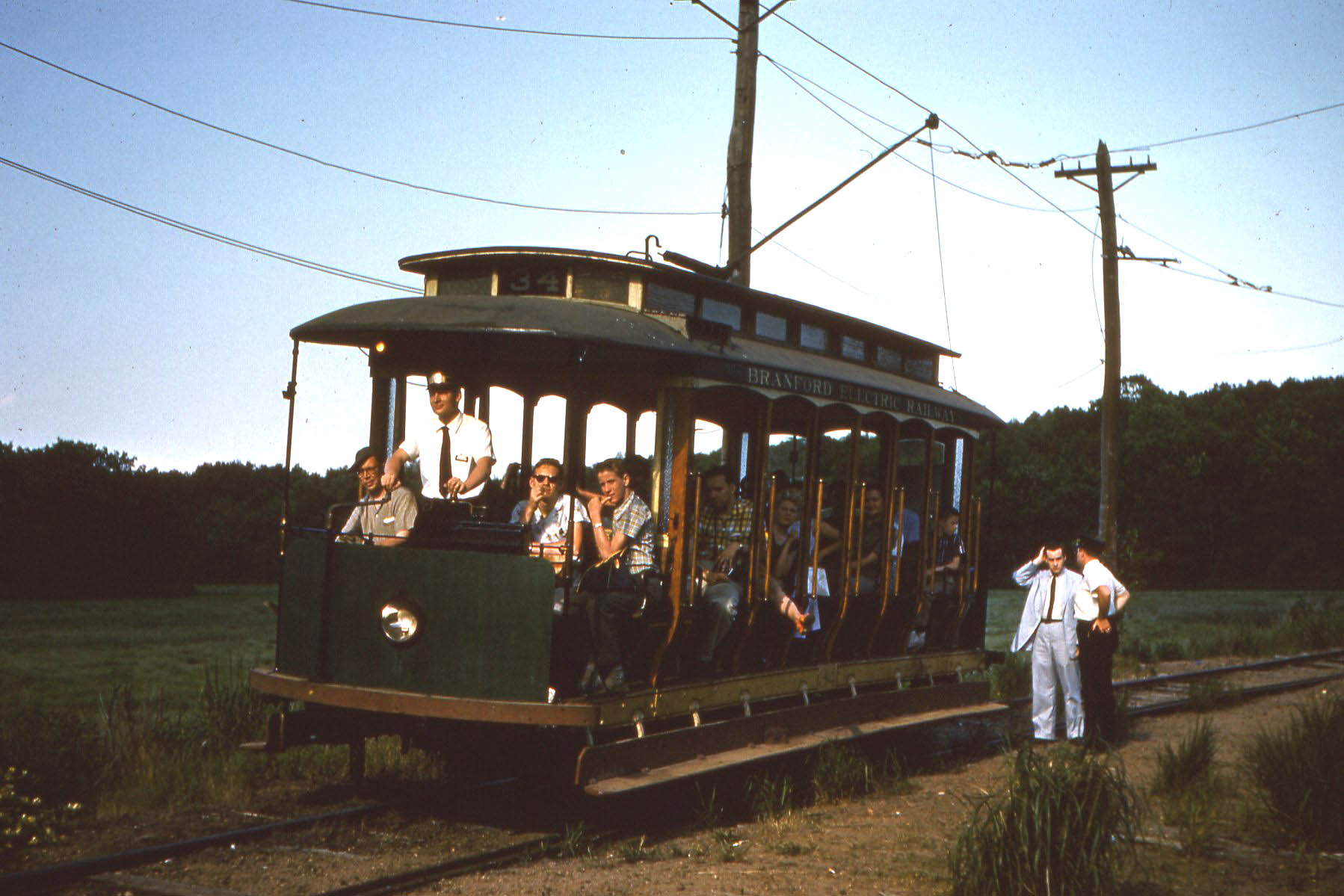 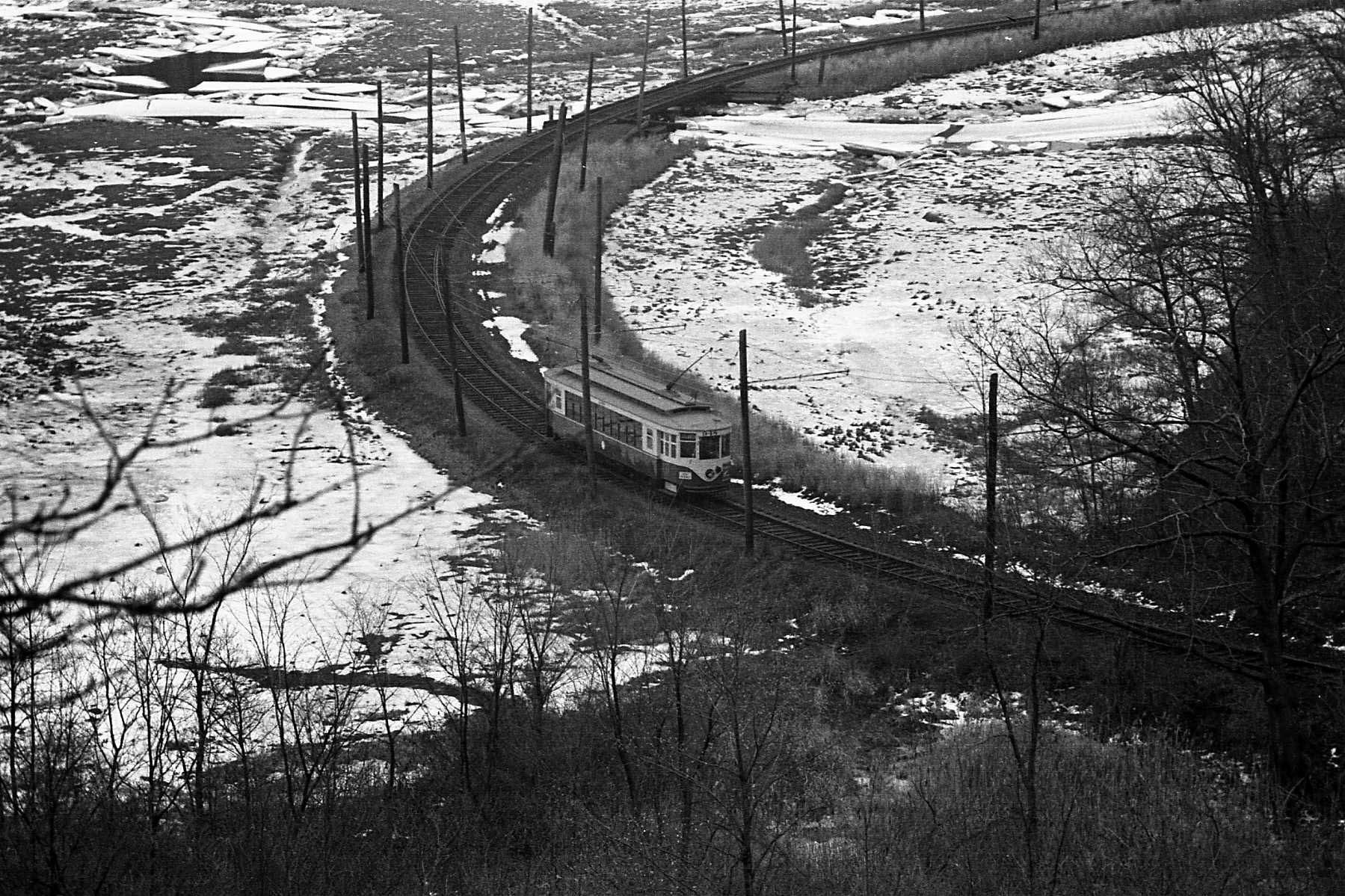 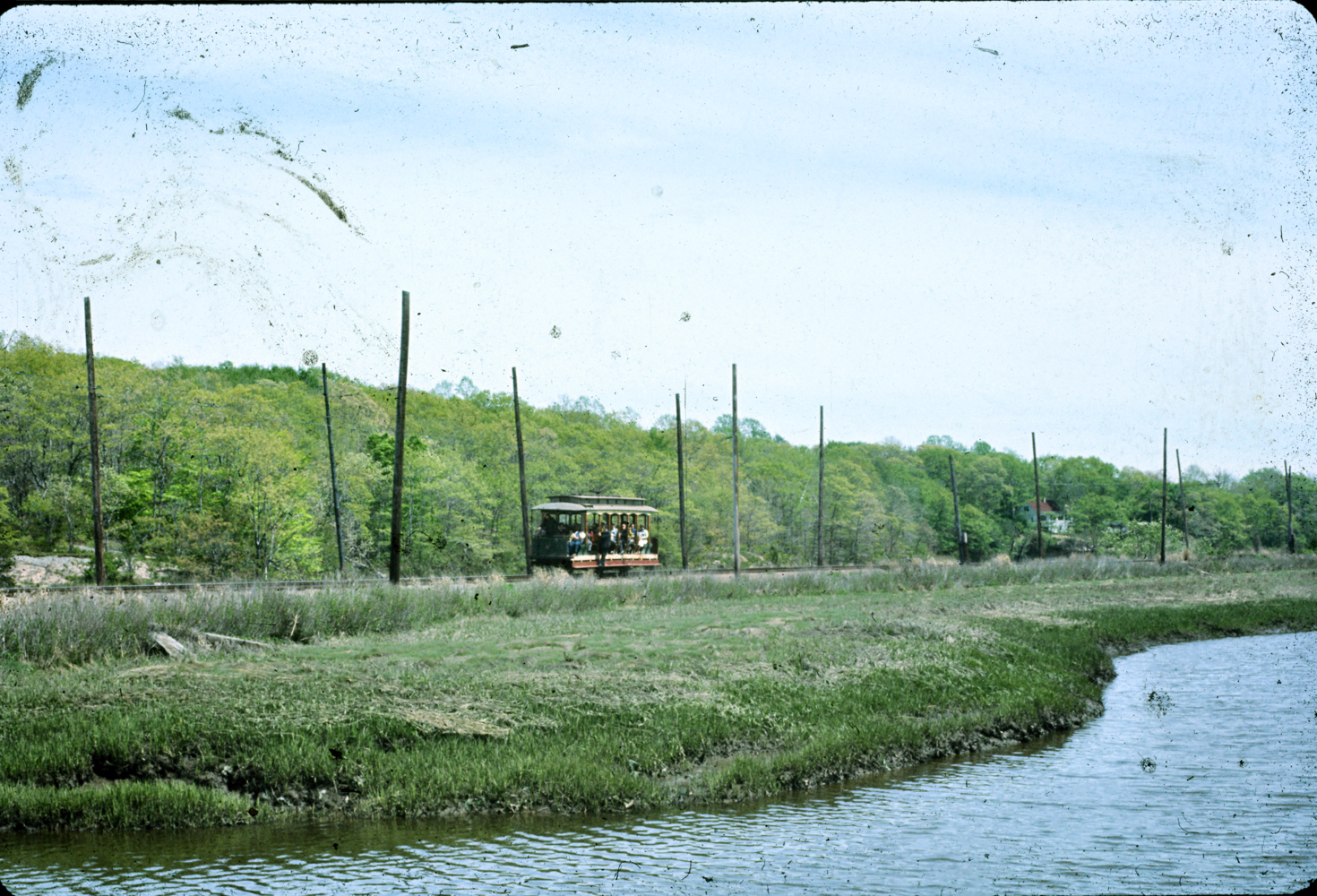 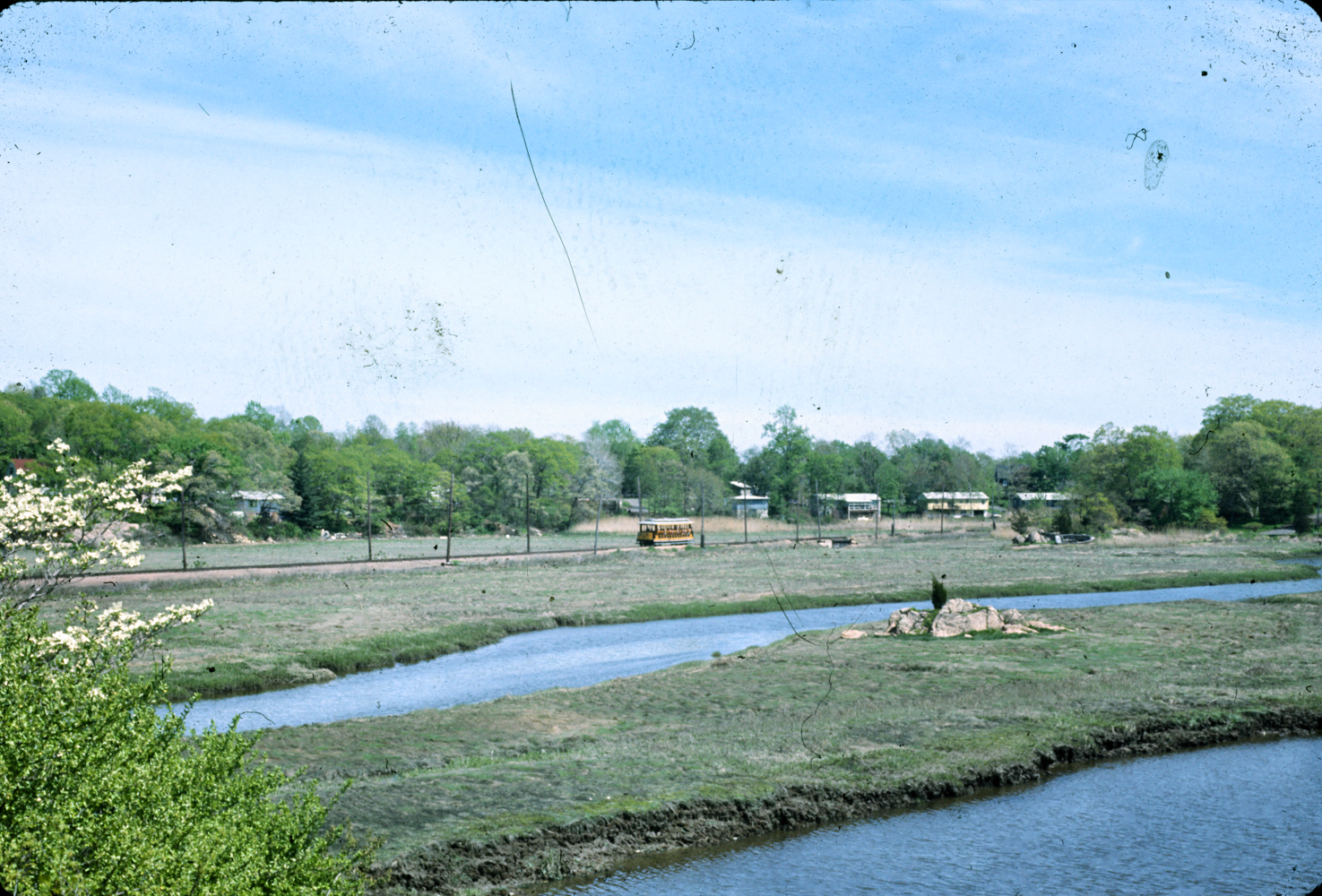 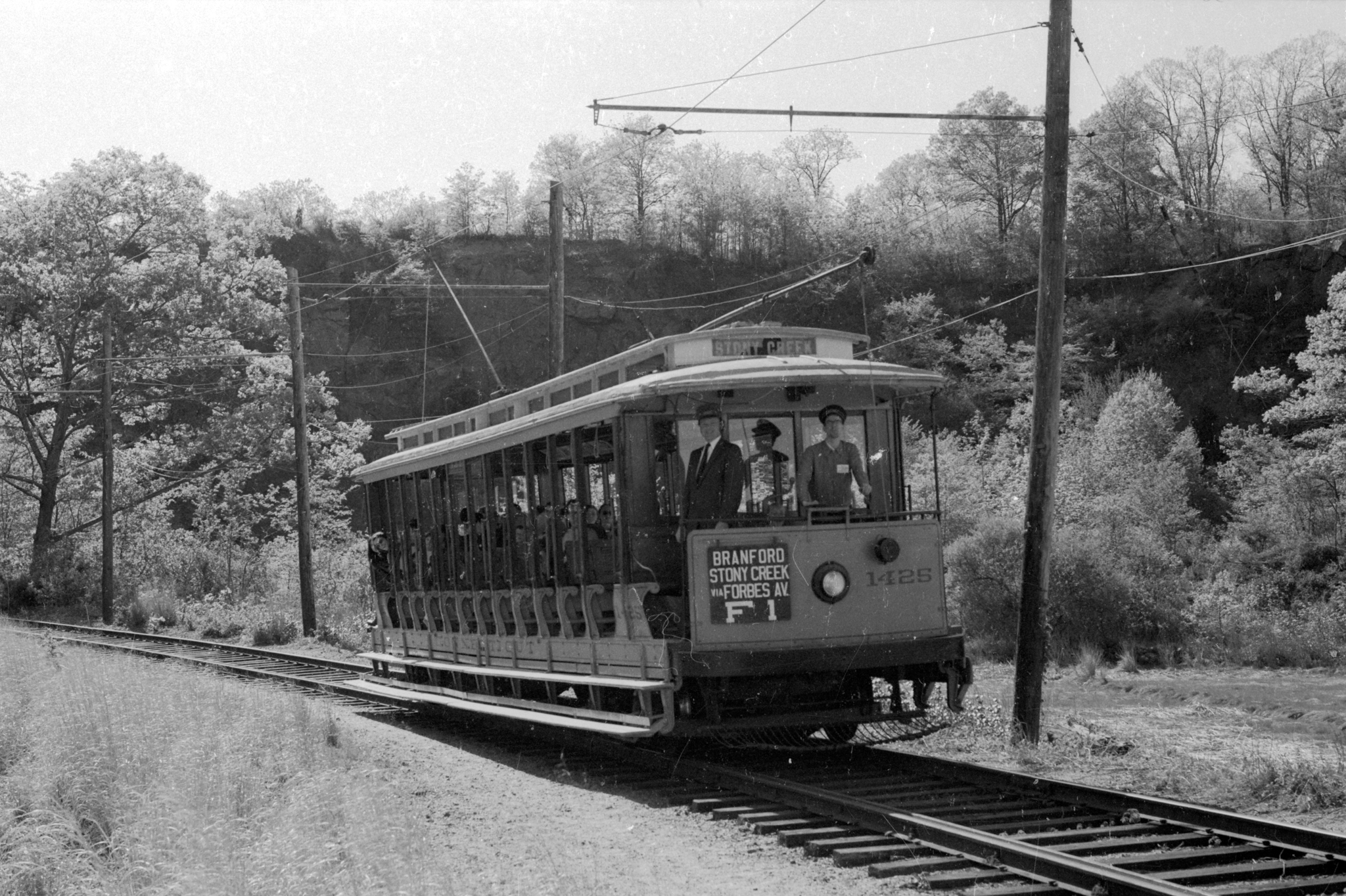 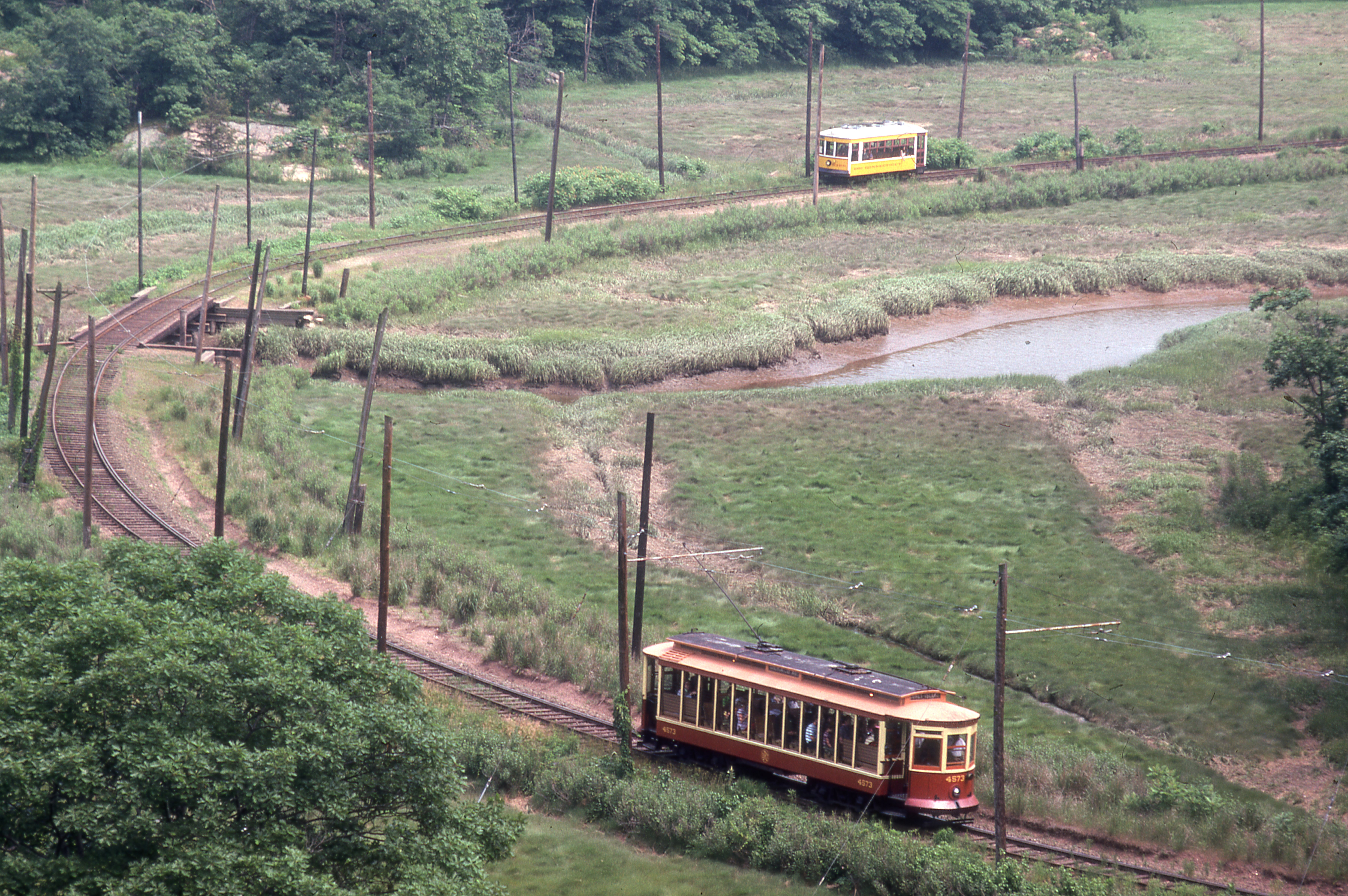 This area has also had a multitude of uses throughout the years, being a dumping ground for all trolleys during the time of these being an active line as well as a storage area for the trolley museum for a number of years. Moving a little further down the track and looking over the water to the right side we can get a peek at one of the exterior walls of the old crushing plant, as said earlier, this is a mere shell of what it once was, in its peak, this wall reached as high as some of the trees on the grounds now. If we look a bit further down the waterway, we can also see some pieces of wood jutting out of the river, these are the remnants of the old dam used during the active period of the crushing plant. What this dam’s purpose was, was to raise the water level in that area of the quarry just enough for the barges needing to get filled to be able to enter and exit without bottoming out.