The Burnett A. Horvitz Building is a good example of a modest, early twentieth-century commercial building. The building has remained in commercial use throughout its entire history and housed a variety of dry goods and grocery stores for its first seven decades. The building was completed in 1889 as the home of the Burnett Horvitz dry goods store, and then housed several small markets before becoming the home of Sutton’s Market from 1934 to 1961. 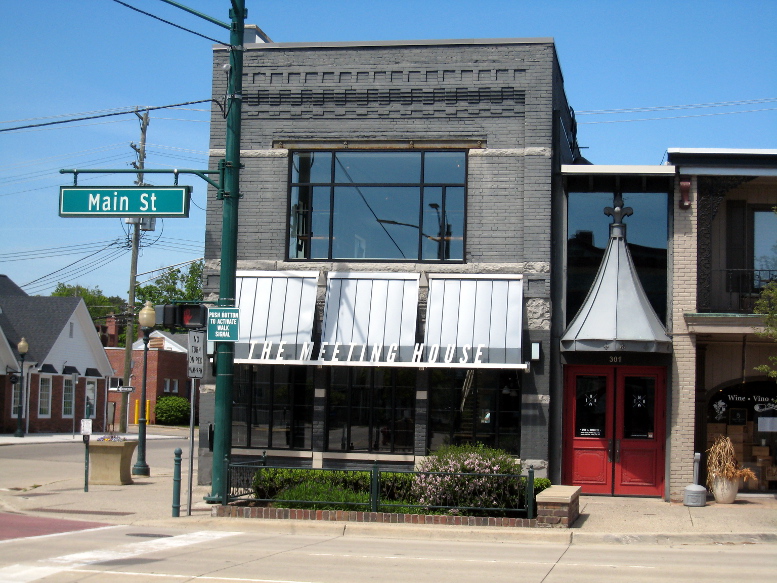 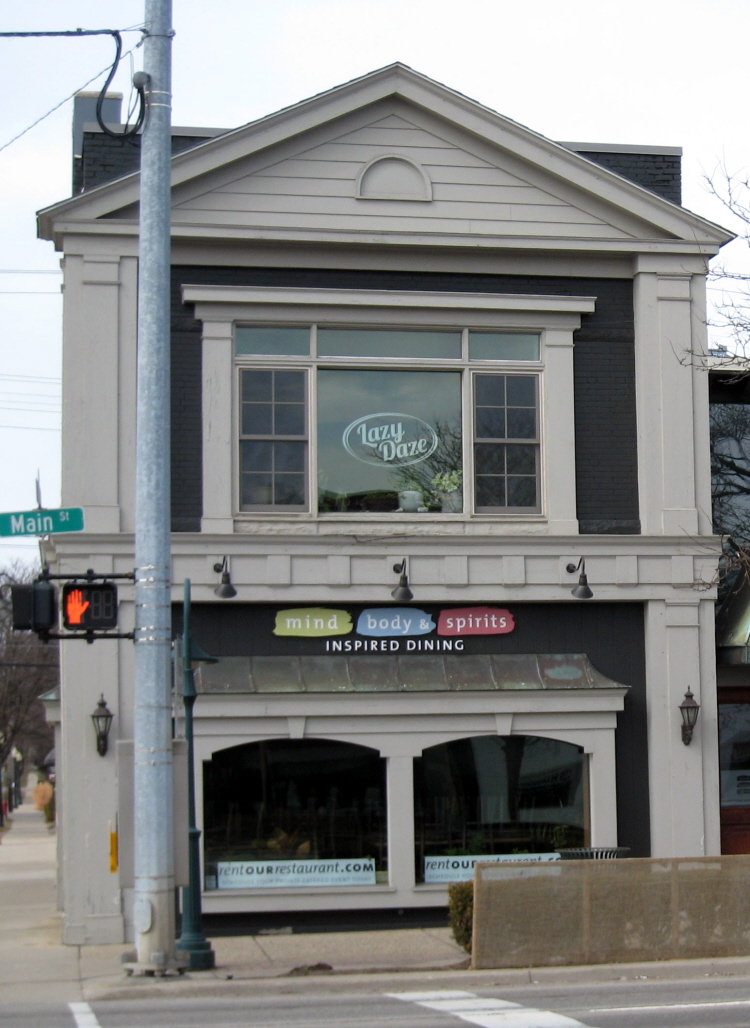 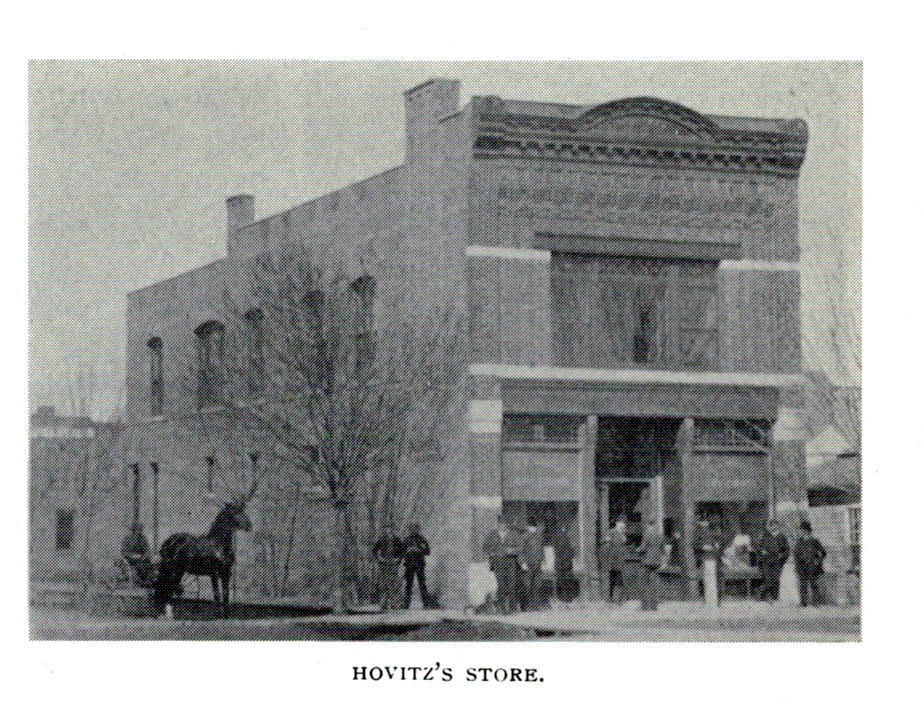 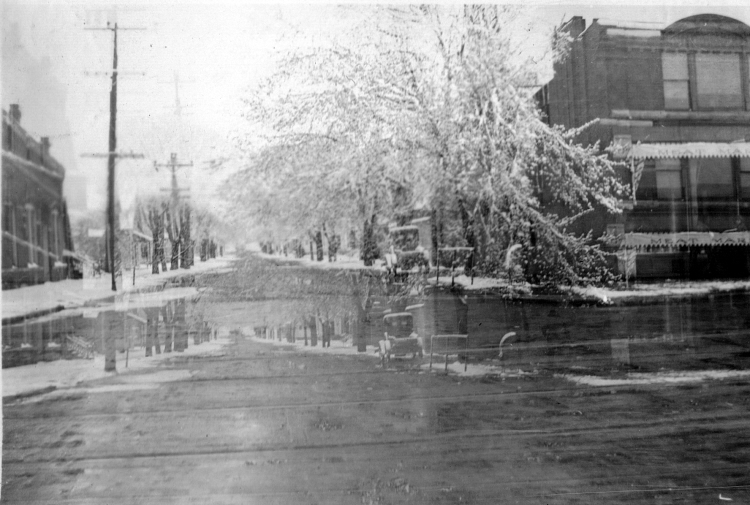 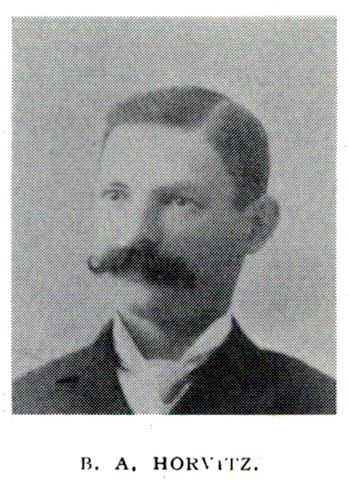 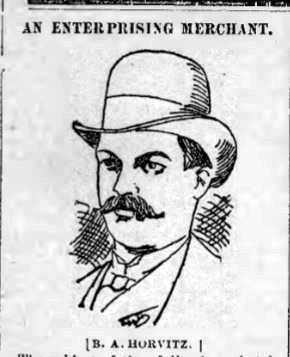 The Horvitz Building was built by Burnett A. "Barney" Horvitz in the autumn of 1888, and opened for business in March, 1889. B.A. Horvitz was born in Russia in 1859, and emigrated with his family when they fled the persecution of Jews there in 1867. Horvitz came to Rochester in 1880 and went into the dry goods business with his brother, Max. When the Sidney House hotel opened on the southwest corner of Main and Third streets in February 1888, Horvitz had the good business sense to purchase the lot on the opposite corner of Main and Third, directly across from the hotel.

The Rochester Era reported on August 24, 1888, that a Detroit architect was designing the new structure: "Meyers of Detroit is drawing up Horvitz's plans." On September 21, the newspaper further disclosed: "D. B. Kressler has taken the contract to build B. A. Horvitz's store for $3,400. "Jeff" Eastman will do the brick and mason work entire and work will commence immediately."

According to a newspaper item published in April 1889, there was apparently a problem with the installation of the plate glass window in the new store. The item reads as follows:

"We neglected the mention last week in connection with the exchanging of the plate glass in Horvitz's store that it was brought about by the courtesy and management of D. B. Kressler, who had the contract for building the store. As the job had been duly accepted, Dan was under no obligation to get a new plate, but his sense of right alone dictated him in the matter."

The Horvitz dry goods store was apparently successful, but in 1904, the Rochester Era reported that the entire stock of the Horvitz store had been purchased by the United States Salvage Company and would be sold off to reduce inventory and raise capital. (A story published some twenty years later in the Rochester Era indicated that Horvitz had lost his fortune through unsuccessful trading in the wheat and grain options market.) About this time, Max Horvitz, who had been in partnership with his brother, left the business to become a traveling sales representative for a New York firm. In late September 1906, a new haberdashery called the Good Luck Clothing Store advertised its debut in the Horvitz building, and the Horvitz family moved to Detroit.

The Horvitz building was subsequently owned for a number of years by H. H. Mack. On October 1, 1937, the Rochester Era reported as follows: "A new roof is being put on the Mack building at Main and third, now owned by Verne Sutton. The old roof was of block tin and put on by Barney Horvitz when he built it over fifty years ago. The new roof is of patent roll roofing, covered with tar."

Over the years, the building at 301 S. Main has housed a number of concerns, the most notable including Sutton's Market (from the early 1930s until 1961), Dants, LaBelle's, and the Country Mouse gift shop, and Alvin's dress shop. The structure survived a major fire on November 16, 1971, which was fueled by a leaking gas meter and seriously damaged the interior.

In 2008, the building was converted from retail to restaurant use when the Mind, Body & Spirits restaurant was opened there after a substantial renovation which included the addition of a hydroponic green house on the rear (west) side. Mind, Body & Spirits closed in early 2011, and a new restaurant, The Meeting House, opened in December 2012 after another renovation which included the removal of the faux colonial features on the front of the building.

"Boom! Boom! The DeMunn property on the corner of Main and Third streets has been purchased by B.A. Horvitz, and a brick block will go up on the site in due season," Rochester Era, June 24, 1887, p.1.

"The brick for B.A. Horvitz's new store are being drawn to the grounds," Rochester Letter in the Utica Sentinel, September 29, 1888, p.1.

"Early Monday morning B.A. Horvitz commenced moving his stock of goods to the new store just built by him for that purpose. Mr. Horvitz has the finest store building in Rochester, situated on the corner of Main and Third streets..." Utica Sentinel, March 2, 1889.