In 1919 this landmark of downtown Green River was built by Thomas Welch and Dr. J.W. Hawk. The 3-story brick hotel got its name from the combination of the founders "Tom" and "Dr. Hawk". The building housed numerous businesses, and was the first business in Green River to use neon signage in 1929. A basement fire nearly caused disaster for the landmark. 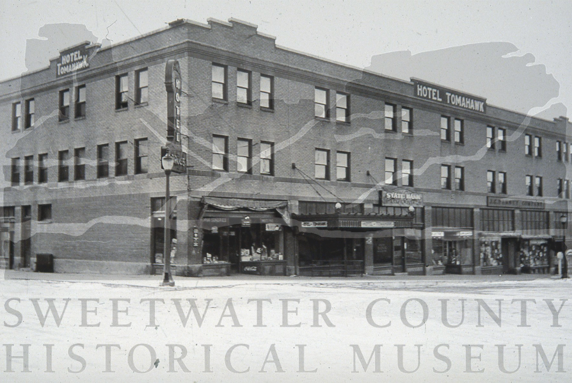 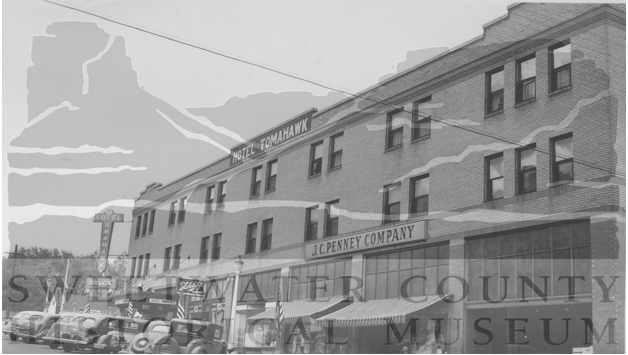 Thomas Welch and Dr. J.W. Hawk built the building 1919, naming it by combining their names into "Tomahawk." It is in a strong historic location, located along the historic main street near the depot, and dominates the City's skyline. The building housed numerous businesses including a hotel, business offices, pharmacy, bank, tavern, utility office, department stores-including a J.C. Penney, jewelry store, appliance store, furniture store, meat market, trophy shop, pool hall and bowling alley, to name a few. In 1929 it became the first Green River business to use neon signage. A basement fire nearly caused disaster for the landmark.

Today it is used in much the same manner it was originally designed to do, hosting a number of businesses on the ground floor. The 3-story brick hotel still bears ghost signs on the upper portions of the building.