The Benedict House is an example of a vernacular, Stick-style cottage composed of two units. The one-and-a-half story house was built in seven stages from about 1869 to 1927. One unit dates from about 1869 to 1890 and is a cross-gabled frame and shingled section that dominates the view from Tennessee Street. A cross-gabled frame, metal clad second section was added around 1989 to the rear of the house. Both units sit on a new concrete foundation. The two outbuildings are not historic. The Benedict House was listed in the National Register in 1991 and is a contributing resource to the Oread Historic District, listed in the National Register in 2007. 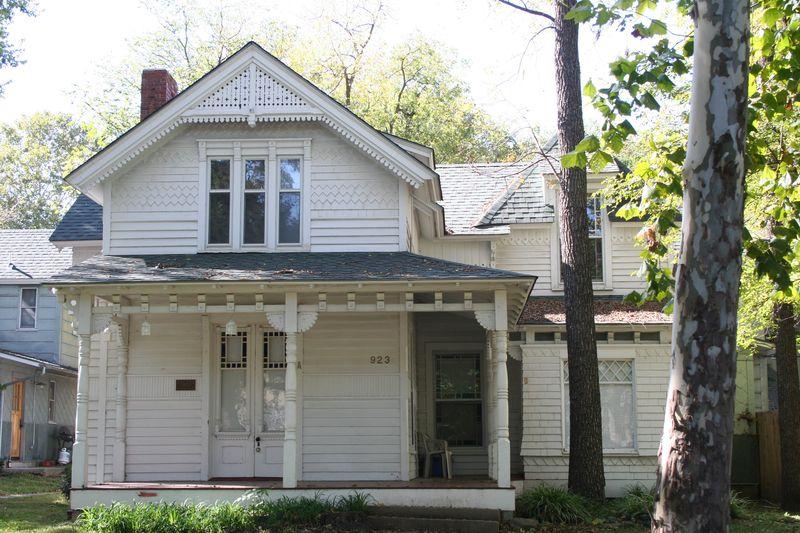 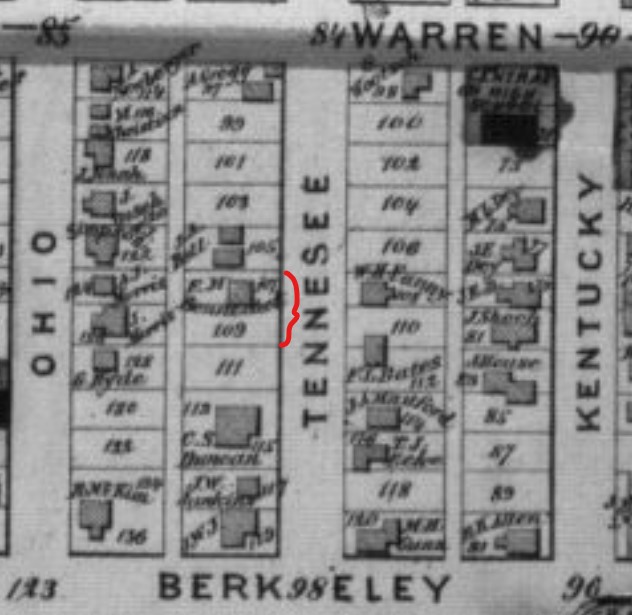 Benedict House on Tennessee St. and surrounding neighborhood in 1873 (Beers 1873:33) 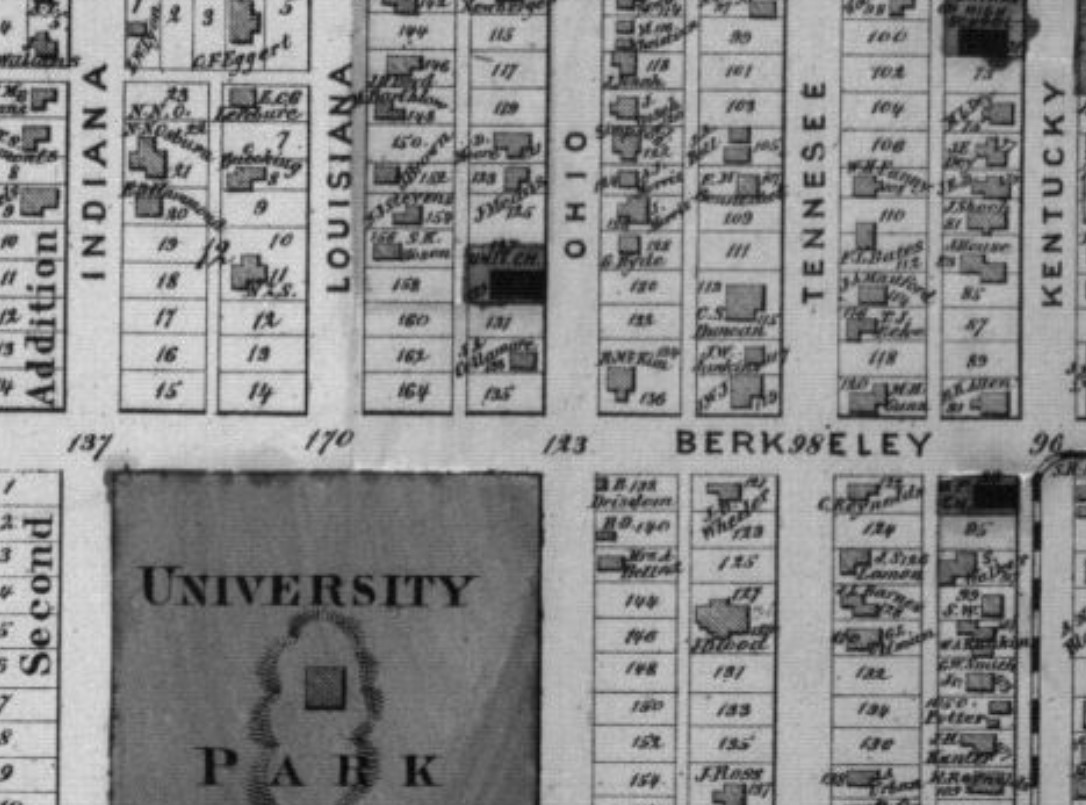 The Benedict House was constructed in the Late Victorian Stick style around 1869 but has had a number of additions and renovations over the years. The original frame building was about 40 by 45 feet with an irregular rectangular T-plan. The modern metal clad addition to the rear measures 30 feet square but also is irregular in plan. The gable-front addition on the main elevation features most of the decorative detailing and dates to 1882. In keeping with the Stick style, the original portion features a cross gabled roof, decorated gable trusses, overhanging eaves, varied patterns of wood siding and shingles, and a one-story shed-roof porch with turned spindle posts, a heavy stick frieze with bulls-eye medallions, and scrollwork spandrels.

The Benedict House stands on the original town site of Lawrence, platted in 1854. Its lot occupies the north 8 ft. of Lot 109 and all of Lot 107. Eight houses stood on this 900 block of Tennessee Street by 1869; twelve by 1880; and twenty by 1912. James A. Bell, a carpenter, was the original builder on a lot he bought from Uriah Hill in 1969; perhaps he was related to the George Bell who built a stone house nearby in 1862-1863 (1008 Ohio St., also a Clio entry). The house was sold a couple times before the Benedict family bought it in 1873; the Beers Atlas shows "F.N. Bennedict" as the owner (see the image included). Sarah or Frank Benedict owned the property for decades. Sarah A. Benedict was born in 1839 and died in 1887; she is buried in Oak Hill Cemetery in Lawrence. Her husband, Frank M. Benedict, was born in 1837. He lived in the home with other Benedicts in the 1870s to 1890s: William T., H.F., and Warwick; the men worked as insurance salesmen or traveling salesmen. Frank married a lady named Nelle in 1897 and had three more children: Marion, Frank [Junior], and Maurice. Either Frank Junior or Senior was a graduate of the University of Kansas and a Lieutenant in World War I. Frank [Senior] died in 1930 and the family sold the house in 1935. Esther Ragle, the new owner, lived at the home until her death in 1977.

After ten years as a rental property the house was purchased by the Lawrence Preservation alliance. A certified rehabilitation project in the late 1980s to 1990 removed most of the additions to the house that had been made after 1891. The house was essentially divided into two apartments with one on the north side and one on the south (the house faces east). Two frame cottages were built on the lot south of the Benedict House; the cottages are compatible in style but of modern date, so are not part of the National Register nomination. The Benedict House was found significant for its architecture and for its historical association to the growth and development of Lawrence.

The surrounding Oread neighborhood is composed mainly of other single-family homes that have been divided into apartments, to provide rental housing for college students. The neighborhood is sandwiched between the University of Kansas (dating to 1866) and the Lawrence commercial district.