Convington's Frank Duveneck House and Studio was the home of the notable American Realism painter for 58 years. The home, now in disrepair served as Duveneck’s childhood and adult home and eventually became his art studio. Duveneck is often credited with helping bring the artistic style Realism to the United States after studying in Munich under German portraitist Franz von Lenbach. Duveneck is known also for his contributions to the arts in the region as he supported other local artists and taught art courses in the area despite having offers from major schools in other regions. The Duveneck House and Studio were added to the National Register of Historic Places in 2015. 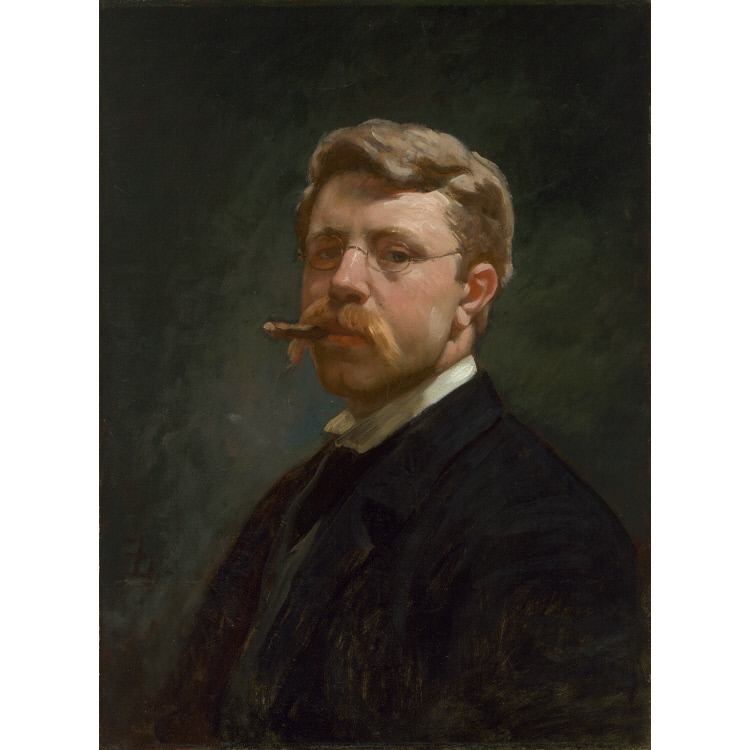 The town of Covington, KY was home to artist and teacher Frank Duveneck for most of his life. The property was purchased by Duveneck’s stepfather Joseph Duveneck in 1855. At the time, Frank Duveneck was known as Frank Decker, though his name would later be changed, and Joseph had only recently married Frank’s mother Catherine Decker. Prior to the construction of the current home on the property, Joseph Duveneck built the site’s first home in 1861. During this time, the neighborhood was largely made up of German immigrants like Duveneck’s parents. A combined interest in his German heritage and the arts led Duveneck to pursue his education at the Royal Academy of Munich in 1869.

After earning many accolades in addition to his degree in Munich, Duveneck returned to America in 1873. At one of his first shows in Boston, Duveneck earned high praise from art critics which helped propel him to fame. Several years after that momentous show, Duveneck returned to Munich where he began his lifelong career as an educator. Duveneck’s pupils became known as the Duveneck Boys, a group of art students who would go on to follow Duveneck from Germany to Italy and later to the United States.

In 1888, Duveneck returned to his family home in Kentucky after the death of his wife, Elizabeth Boott. Boott had been one of Duveneck’s students before become his wife. From his Kentucky home, Duveneck continued to produce artwork and helped to bring the artistic styles of Realism and naturalism to the United States. In 1890, he began offering classes at the Art Academy of Cincinnati where he would continue to teach for most of the remainder of his life. In this position Duveneck was able to help grow the artistic community in the region and share the techniques and styles he had learned during his time in Munich and Italy.

Before his death in 1919, Duveneck was able to donate a large collection of his work to the Cincinnati Art Museum. This donation and other pieces that the museum has collected have allowed Cincinnati to become the center for those wishing to study Duveneck’s work.

Today Duveneck’s Covington house and studio are in a state of disrepair. Purchased by the Frank Duveneck Arts and Cultural Center after the group was founded in 1999, the home has largely been left untouched since the purchase outside of occasional volunteer yard cleanup events. A neighboring building has instead been dedicated to hosting workshops and events to educate visitors on Duveneck’s life and works. The Duveneck home and studio were added to the National Register of Historic Places in 2015.