Pocahontas Exhibition Coal Mine shares the history of Pocahontas Mine No. 1, a latent coal mine that was the first to operate within the Pocahontas Coalfield when it began operations in 1882. The mine ceased operations in the 1930s and has been converted into an educational and heritage tourism site.

The entrance to the mine exhibit. 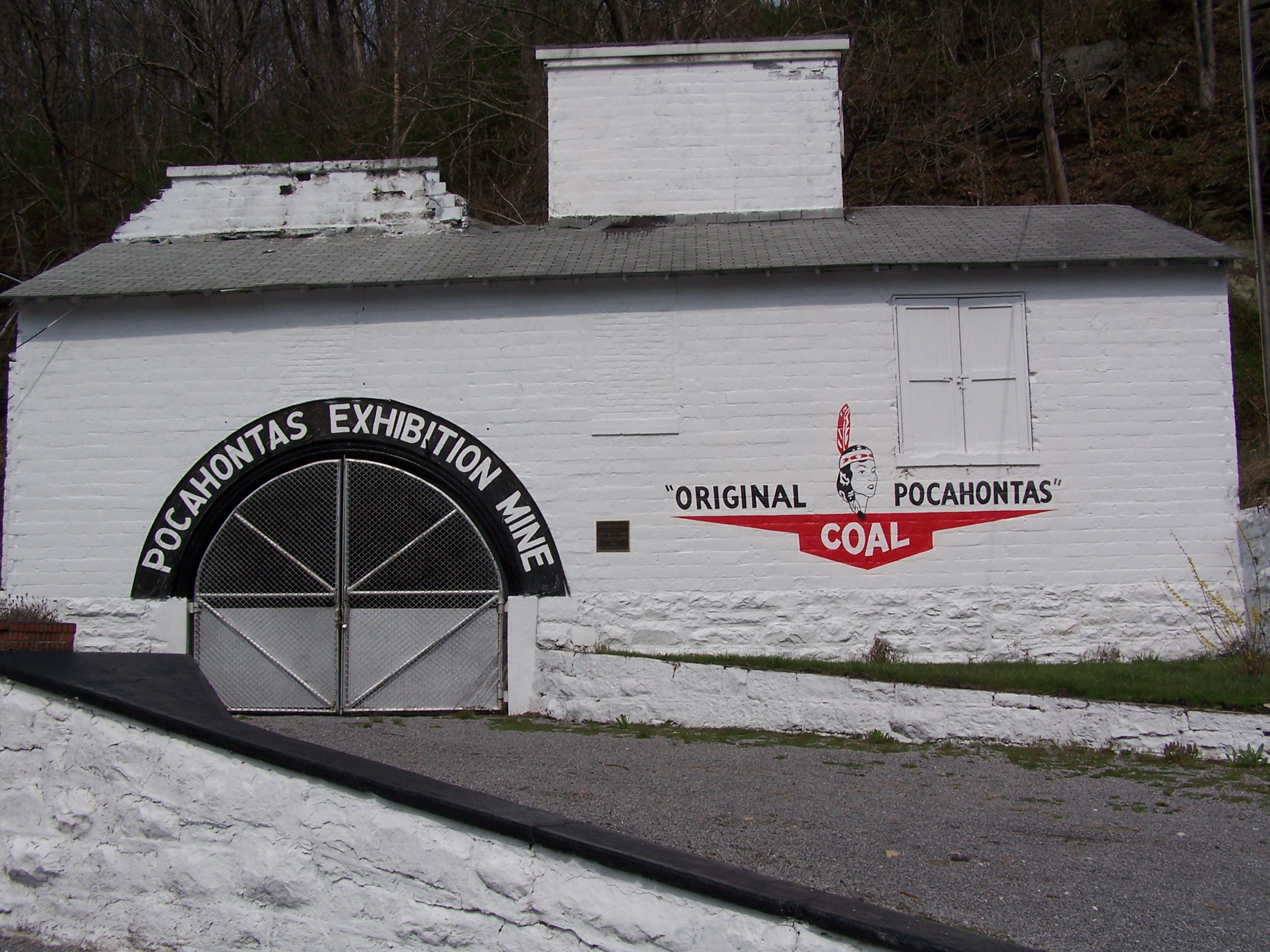 Established in 1881 by Jedidiah Hotchkiss, the town of Pocahontas was a booming coal town in western Virginia. During this time the railroad line of Norfolk & Western was still fifty miles away from the town. Despite this, Hungarian, Swedish, and German workers, recruited from New York, lived in tents as they set up the new mine site. By 1883 the Norfolk & Western Railroad reached Pocahontas and ushered in countless workers and tourists. Three mines were in operation, more than 200 coke ovens were running, and houses, stores, offices, saloons, and other businesses lined the streets. Although the town prospered, the Great Depression brought the mining boom to a slow crawl. By the mid-50s all three mines were closed. The town, however, retains its strong coal heritage by offering tours of its main attraction, the Pocahontas Exhibition Mine.

The Pocahontas Exhibition Mine, listed on the National Register of Historical Places, was the first commercial coal mine to open in the Pocahontas coalfields and was operational until the 1930s. The large one-story stonewalled powerhouse is located next to the mine entrance and serves as a mining museum and visitors center. The present entrance was once the fan house, where fresh air was blown into the mine. Next to the entrance is an outcropping of the Pocahontas No. 3 coal seam, which is thirteen feet thick. At one point, visitors were allowed to drive through the mine, but this activity was shut down in 1970 due to safety concerns. Now visitors participate in a walking tour where they enter the mine through the fan house and exit through the main portal. According to George Torok, “The forty-five minute escorted tour includes an explanation of the geology of the region, the history of coal mining, an overview of mining techniques, and the story of the tragic 1884 explosion” (A Guide to Historic Coal Towns of the Big Sandy River Valley, 158).

On March 13, 1884, a major mine explosion devastated the town. Torok states that “a rush of hot air, coal dust, and fragments blew out of the mine portal, destroying houses and trees, tipping coal and railroad cars, and damaging much of the equipment around the fan entry. The explosion killed 114 miners, foreman, and workers in mine No. 1 and caused extensive damage around the mine site” (155). Another devastating explosion occurred on October 3, 1906, killing 36 miners. Despite these tragedies, the Pocahontas mines continued to be productive. During the 73 years the mines were open, they produced more than 44 million tons of coal (155).

Pocahontas is a well-preserved town with many of its late nineteenth and early twentieth century buildings intact. The buildings include coal company homes featuring Queen Anne style architecture, the extravagant Opera House and Old Town Hall buildings, and the Silver Dollar Saloon, which features a marble floor inlaid with real silver dollars. Although these buildings are fascinating to historians and tourists alike, the town continues to decline. Despite the town’s diminishing size, the Pocahontas Exhibition Mine continues to bring in new audiences who are eager to adventure the once booming coal town.