Stevensville United Methodist Church is significant as both an architectural landmark and an influential religious and former educational institution. The building was originally a two-story school built in 1885 called the Stevensville Grade School, which was the first purpose-built school in the city. In 1928, the building became the Stevensville United Methodist Church when the North and South Episcopal Churches merged. The congregation remodeled the building, converting it into the city's best example of Classical Revival architecture. It features a large, two-story portico with Tuscan columns, a red-domed cupola, stained glass windows, and a circular window on the west gable end. The church continues to be a vibrant house of worship. It was added to the National Register of Historic Places in 1991.

Stevensville United Methodist Church was originally built as a school in 1885. It was converted into a church in 1928. 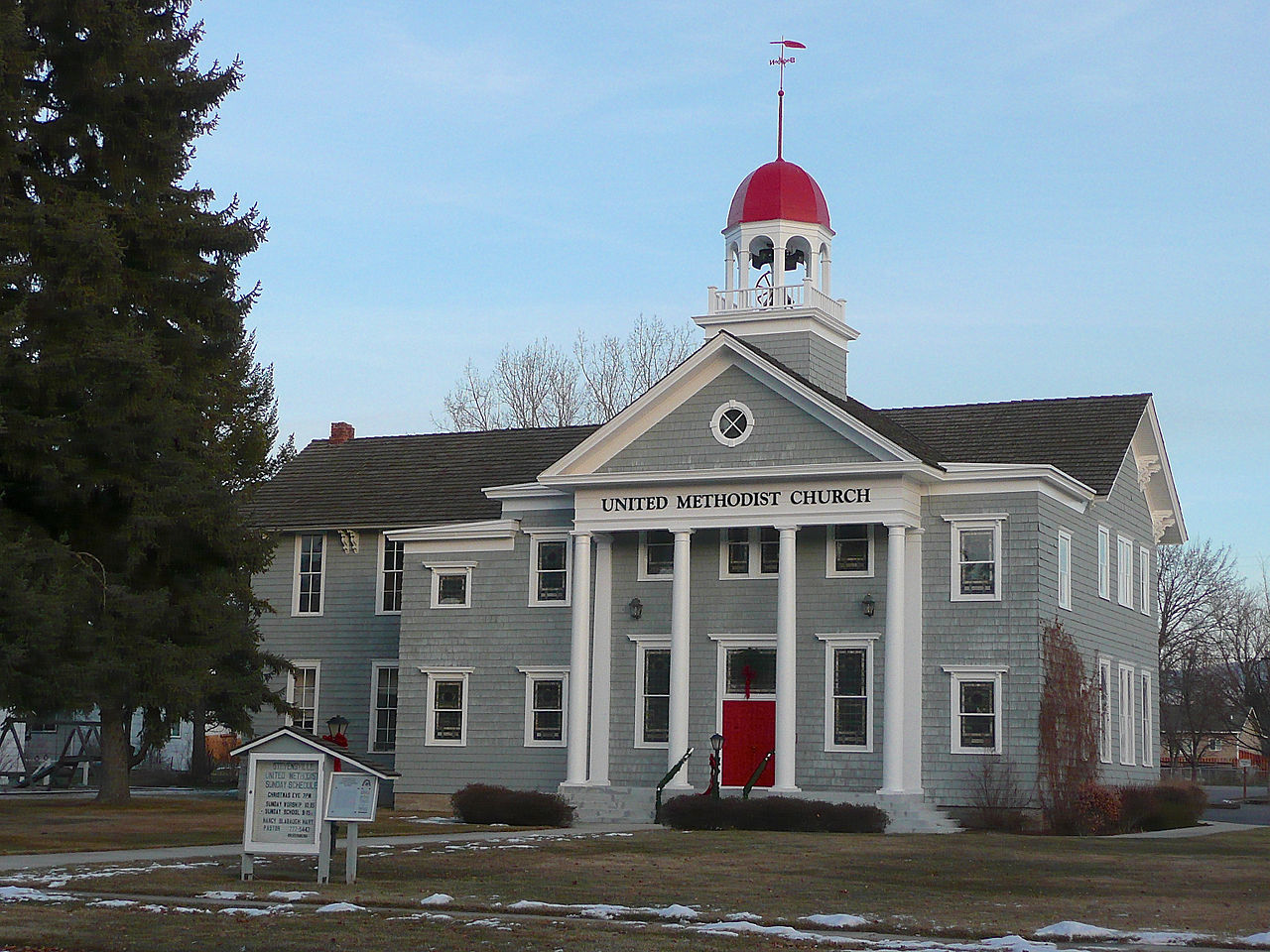 Education had humble beginnings in Stevensville. The first one was established in 1872 in the home of local resident, Henry Buck, and classes were held in the winter with 27 students. Other schools opened in the coming years. They eventually consolidated into the Stevensville Grade School and erected the original school in 1885, which designed in the Italianate style. By 1890, there were around 150 students at the school. There number of students increased to 325 in 1905, which prompted the construction of a two-room addition in 1906. Up until then classes were offered up to 8th grade but grades 9-12 were added by 1910.

The school continued to grow and had to lease another school, which it eventually bought in 1913. A new elementary school was later built in 1923. The original school building was sold in 1926 to the Stevensville Women's Club, which sold it to the South Methodist Episcopal Church the next year. Then, as noted above, the church merged with North Episcopal Church in 1928, forming the Stevensville United Methodist Church.