Stoney Creek School is a circa 1848 wood frame schoolhouse that was built to serve Fractional School District #1 of Avon and Shelby Townships. The building is closely associated with the adjacent village of Stoney Creek, and served the children of the village until the district was consolidated with Rochester Community Schools in 1952. Today, the school is part of the Rochester Hills Museum at Van Hoosen Farm. The school received a Michigan Historical Marker in 2005. 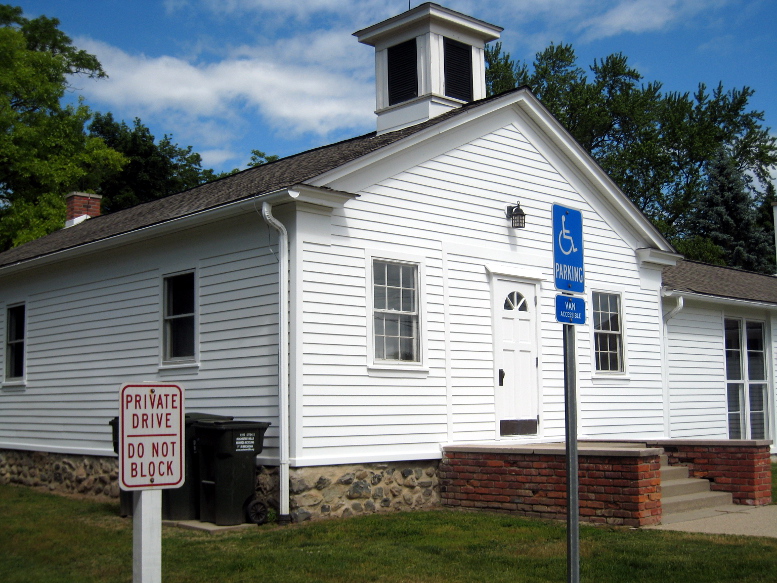 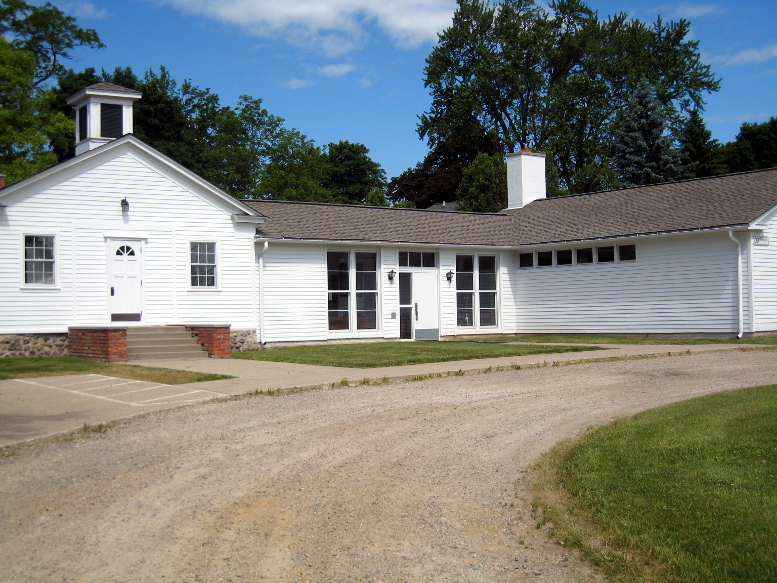 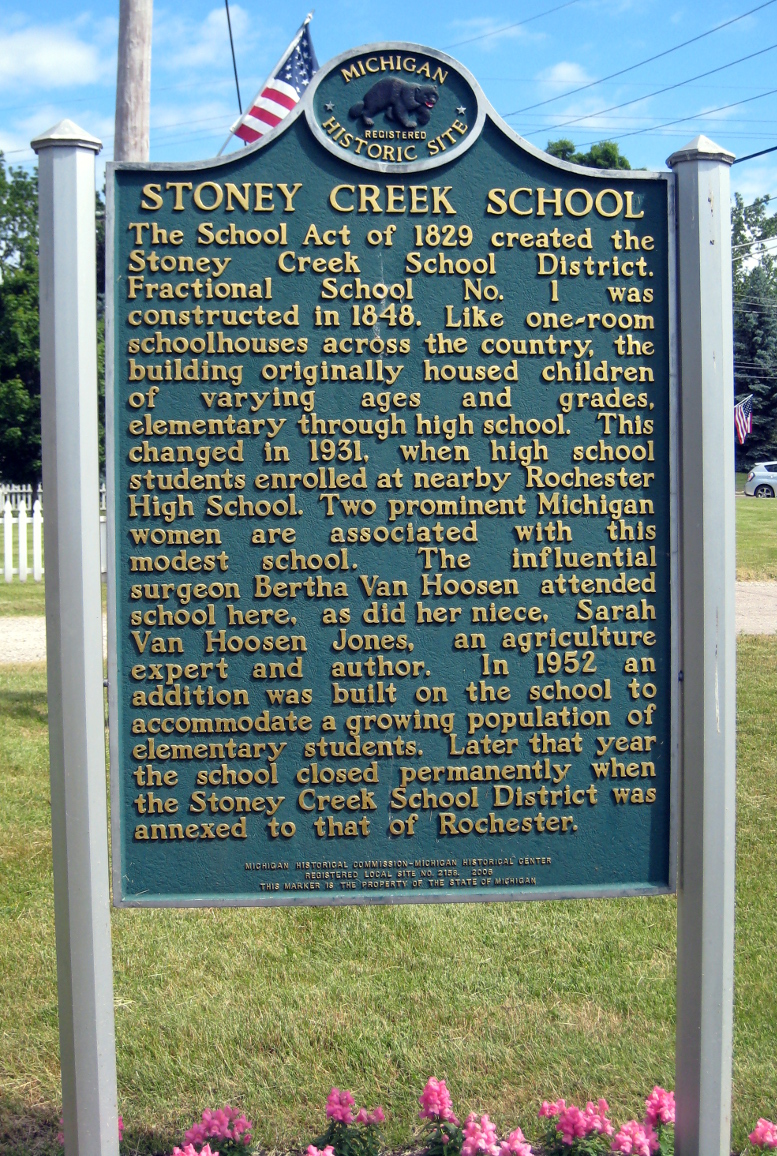 This school building was built in approximately 1848 to serve the students of Fractional School District #1, Avon and Shelby Townships. It was built on land owned by Nathaniel Millerd, a pioneer settler of the village of Stoney Creek. Two prominent citizens of Stoney Creek, Dr. Bertha Van Hoosen and Dr. Sarah Van Hoosen Jones, both attended this school.

The school was closed about 1934 and the students sent to Rochester. In July 1948, the school board voted to re-open Stoney Creek school for the children of the village because of overcrowding in the Rochester school buildings. In the 1950s, the Stoney Creek district consolidated with Rochester Community Schools and the Stoney Creek building was once again closed.

In 1974, Dr. Max Mallon suggested that restoration of the school be undertaken as a bicentennial project of the Rochester Community Schools. The building was restored to its 1850 appearance over a period of several years under Mallon's leadership, and was rededicated in May 1982. The building was then used to host classes for a week-long living history curriculum centering on the building's primary time period. Students dressed in period costume and teachers conducted lessons as they would have been presented in the 1850s. The schoolhouse is now operated as part of the Rochester Hills Museum at Van Hoosen Farm in a cooperative effort with Rochester Community Schools.

History of Public and Higher Education
Agriculture and Rural History

Today, the Rochester Community School District has many modern school buildings, but in the community's agricultural past, the township map was checkered with small rural school districts, each operating their own buildings. This tour provides a look at some of the surviving buildings from the rural school districts of our past, beginning with the 1848 Stony Creek schoolhouse, and including Rochester's 1889 school building, designed by renowned Michigan architect Claire Allen. The buildings on this tour are all currently used for educational purposes.